The Puerto Vallarta All Ashore time was rather late (10:30), which made having brunch in Triton’s a great option they offered before going ashore. In particular, wee enjoyed that you could get lunch food early (Mik had a burger). 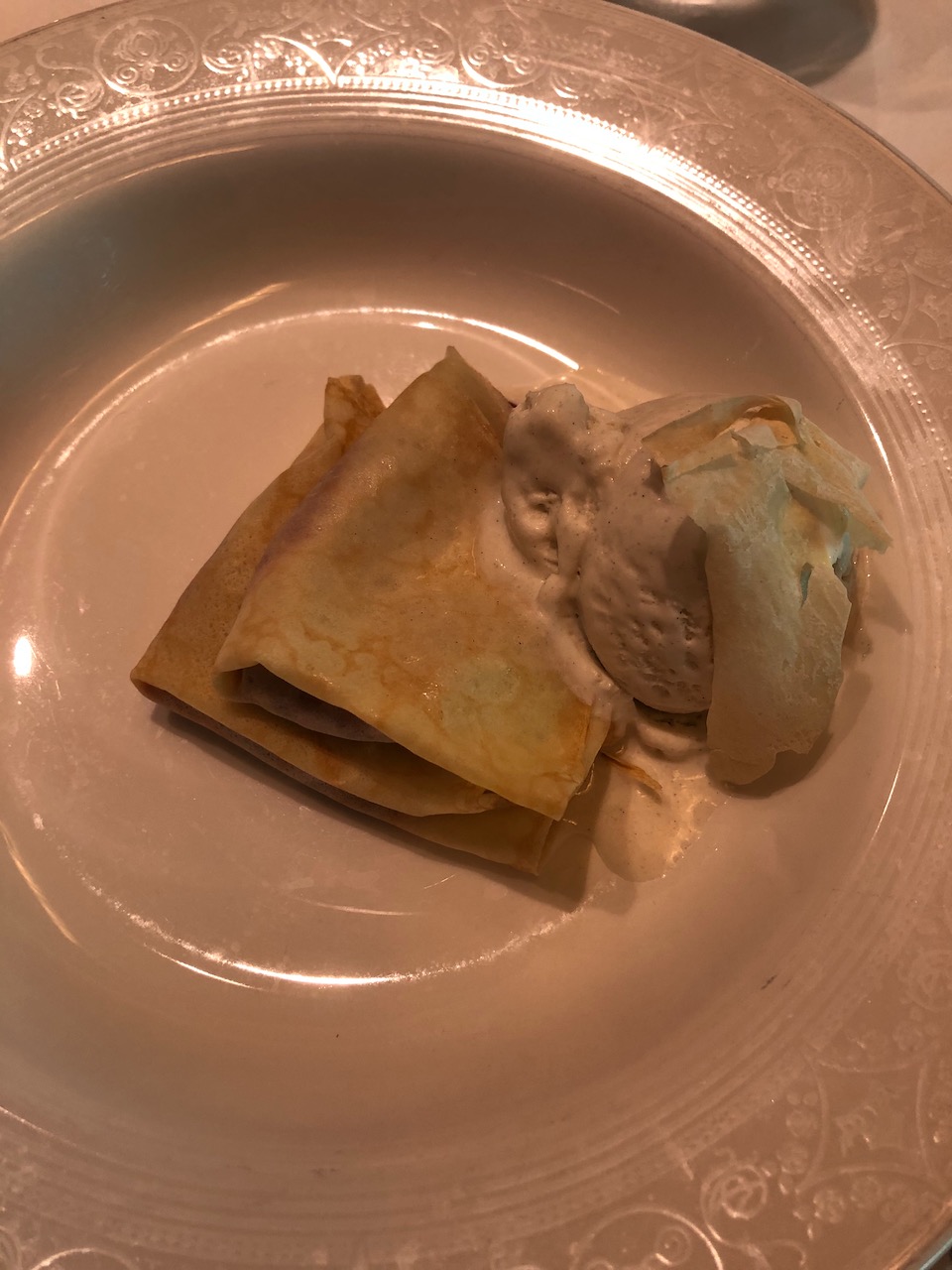 One of my favorite desserts of the trip was the cherry crepe at the brunch.
Posted by wildcat1001 at 12:33 PM No comments:

Our first night in Triton’s was the regular menu for this restaurant. 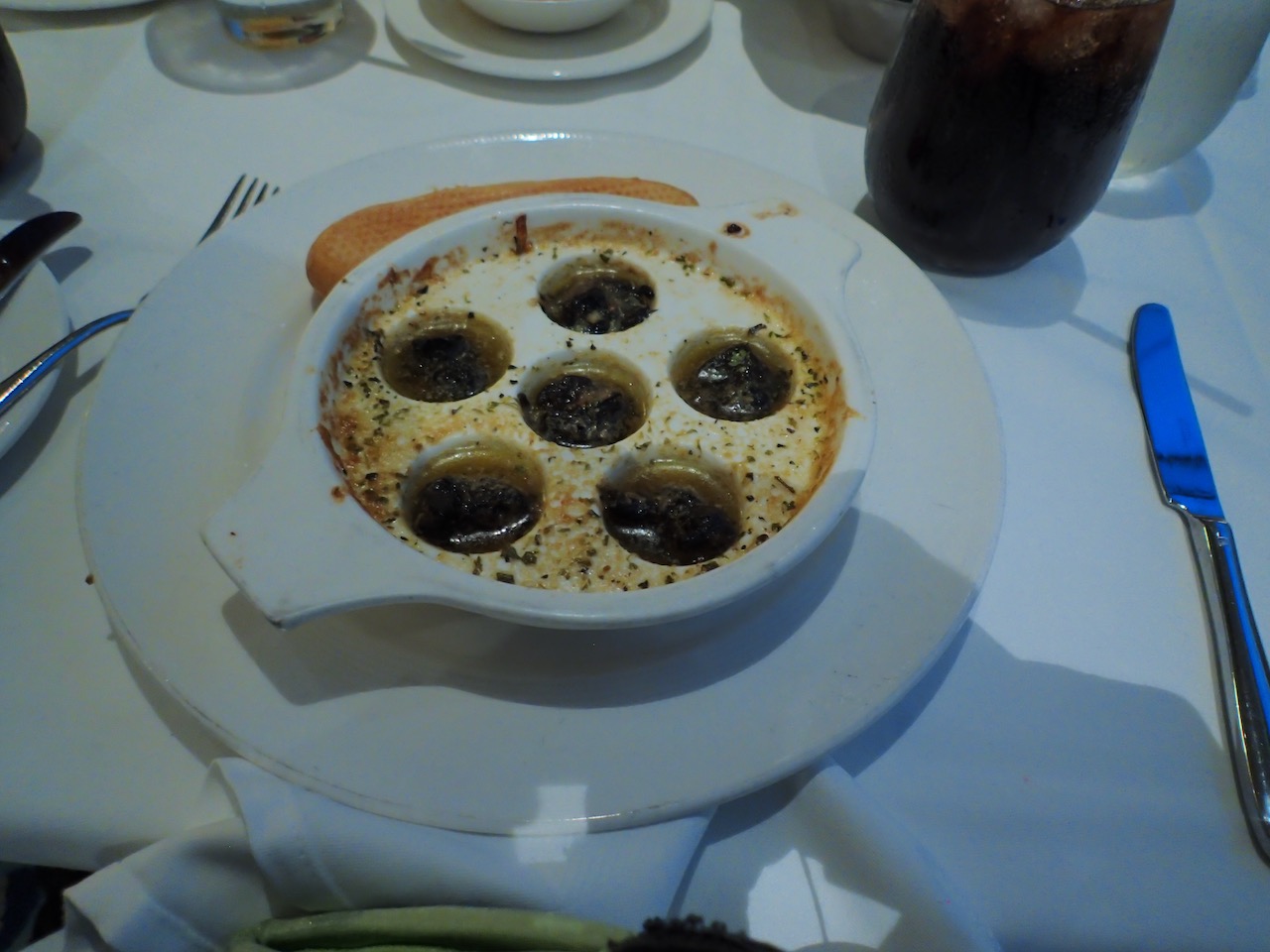 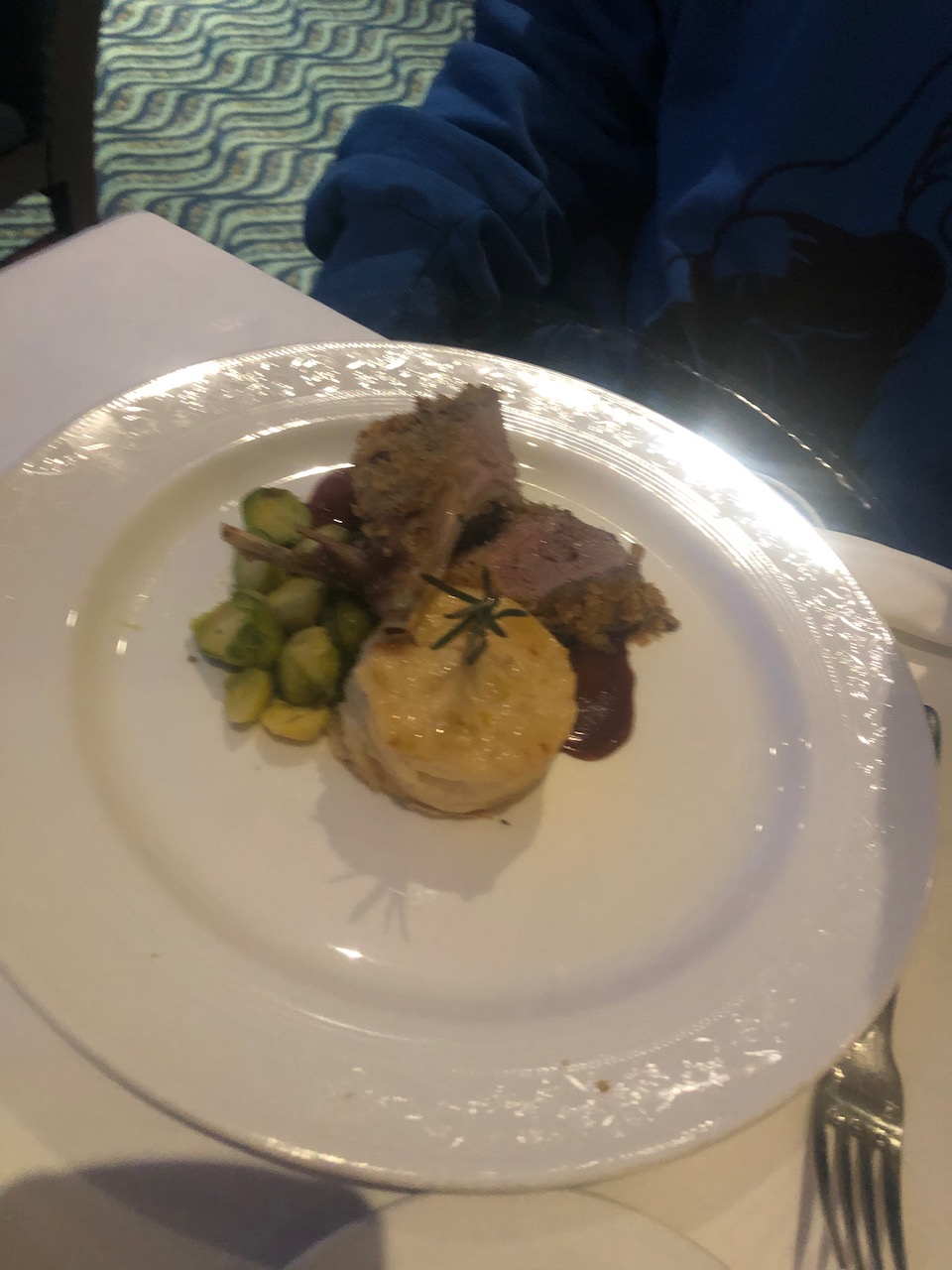 For dinner, he had the Roasted Rack of Lamb. 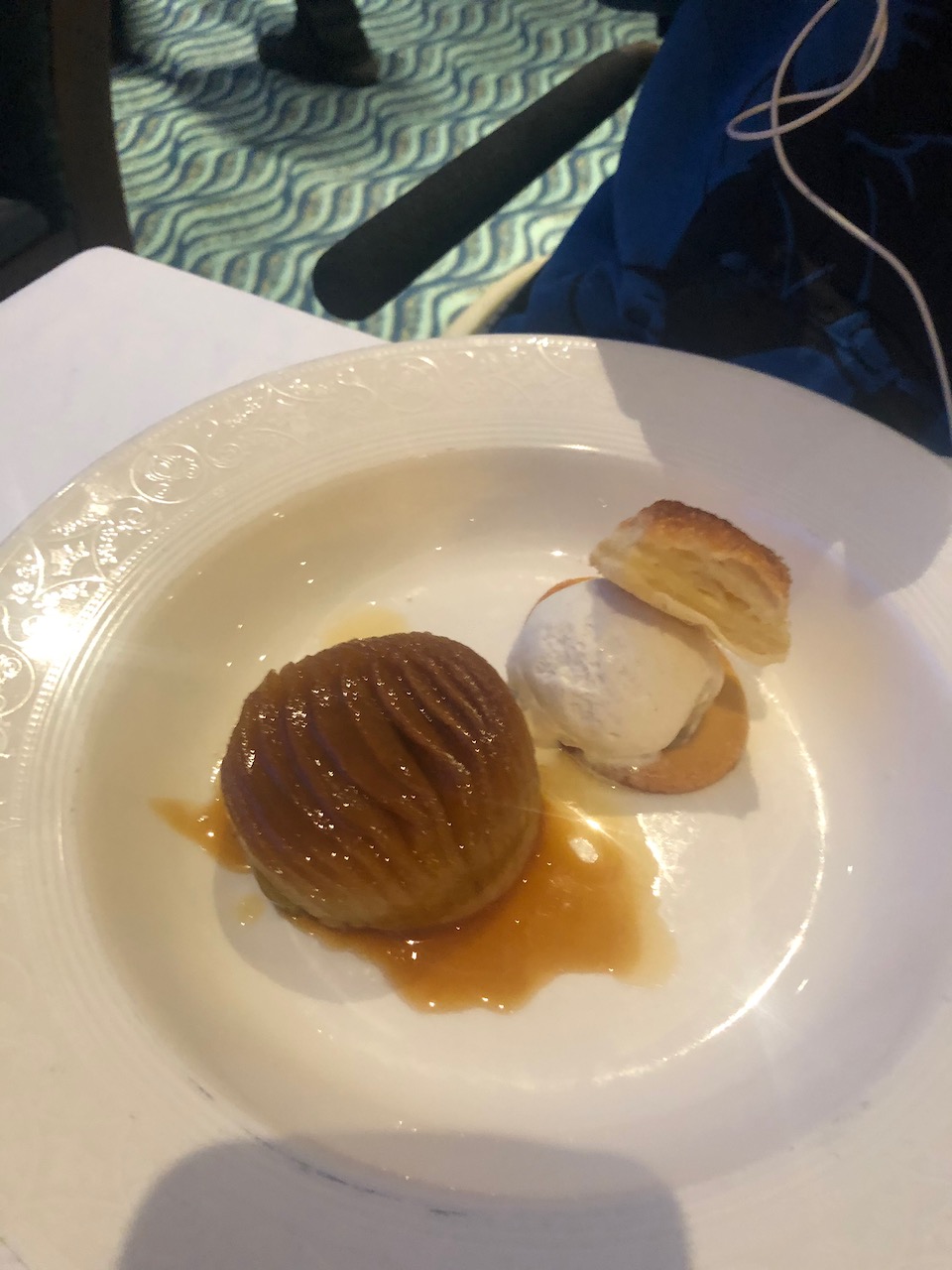 For dessert, he had the Apple Tart Tatin.
Posted by wildcat1001 at 9:54 AM No comments: 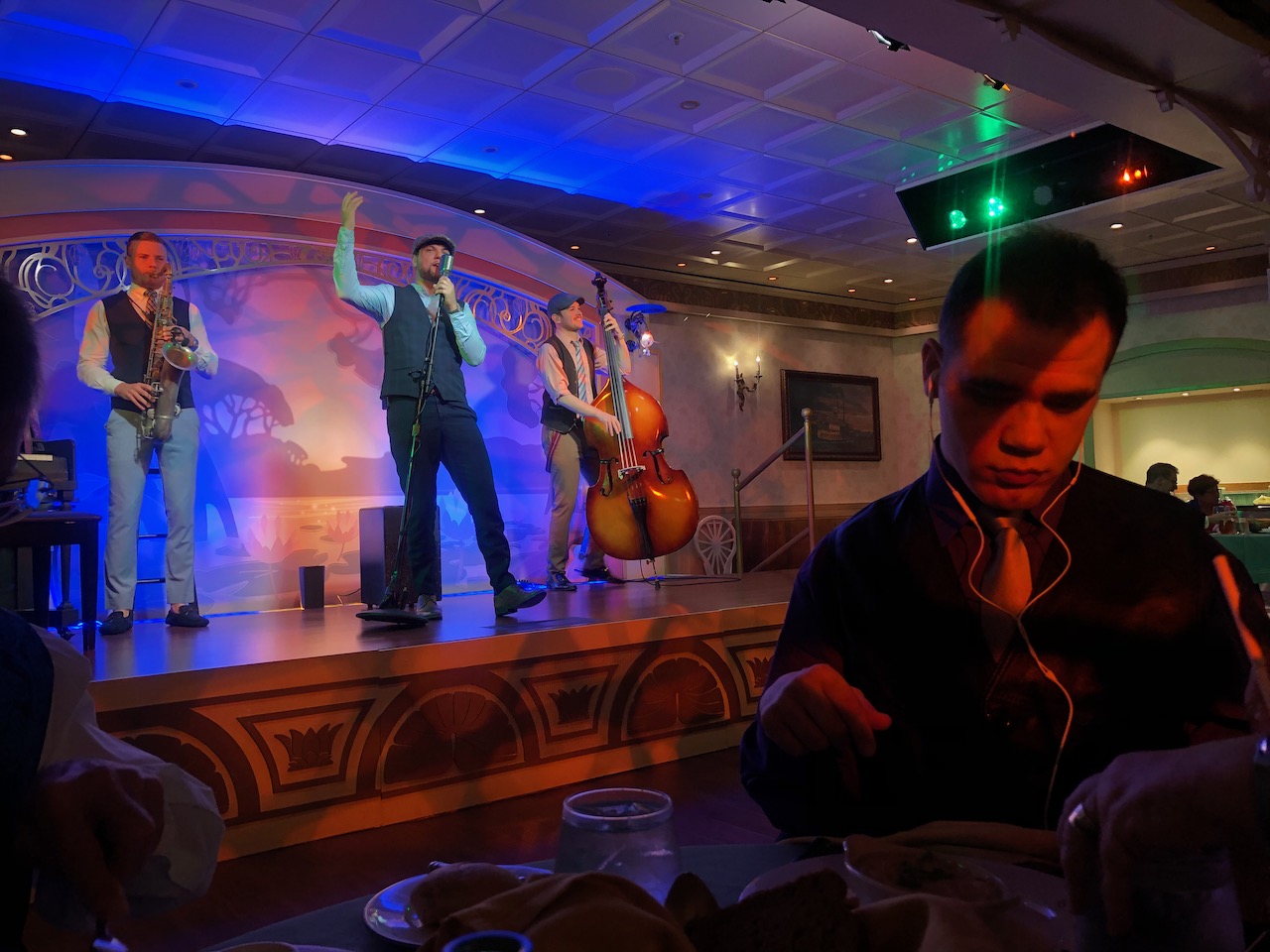 We really enjoyed Tiana’s last trip, but it was even better this time as we had a table right by the stage. Our first night at Tiana’s was one of the restaurant theme nights with a New Orleans theme menu and the live music. 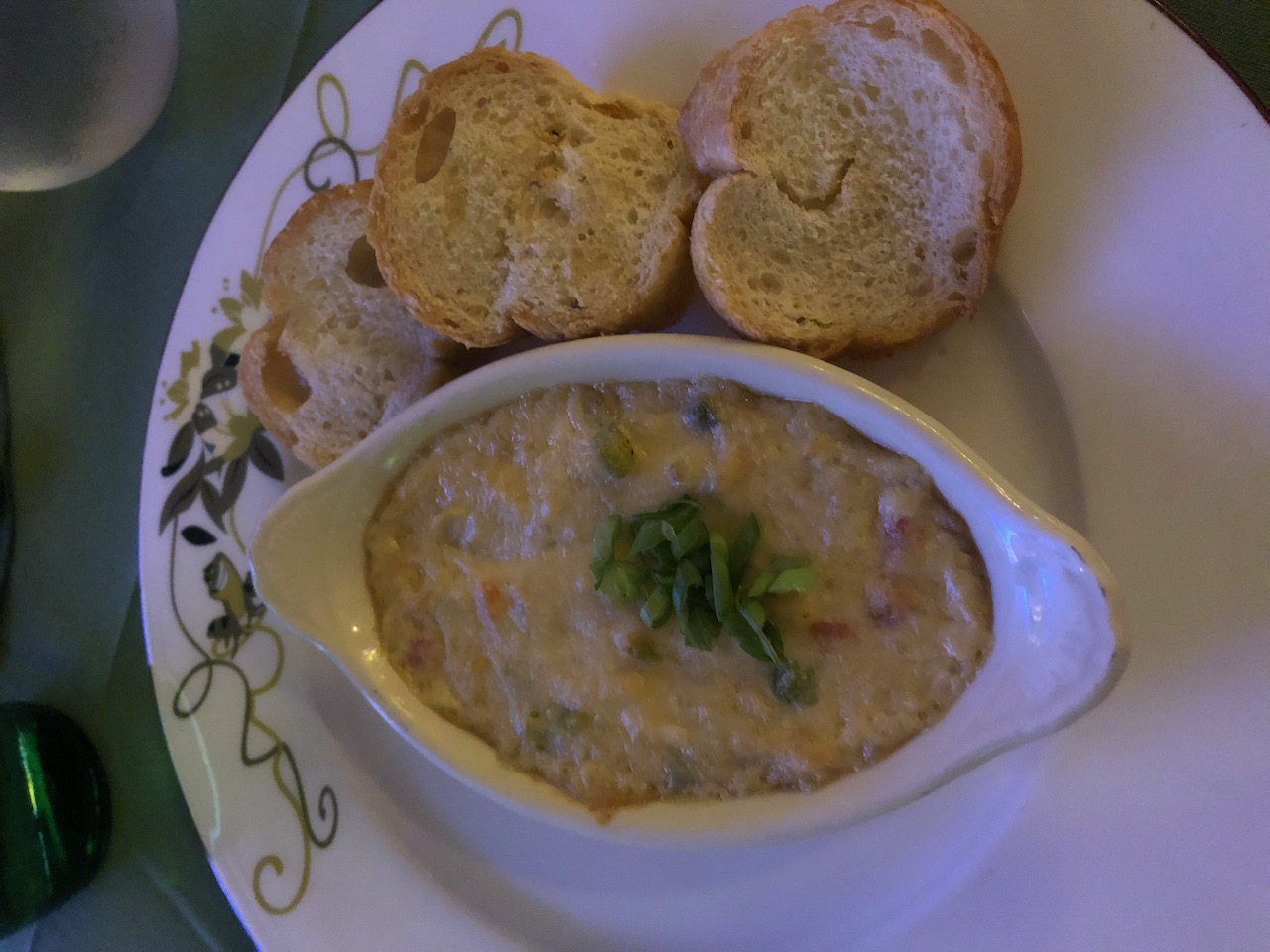 Mik had the Louisiana Hot Crab dip, which he enjoyed. It came out very hot and he was smart enough to notice and let it cool and not burn the top of his mouth like I did. 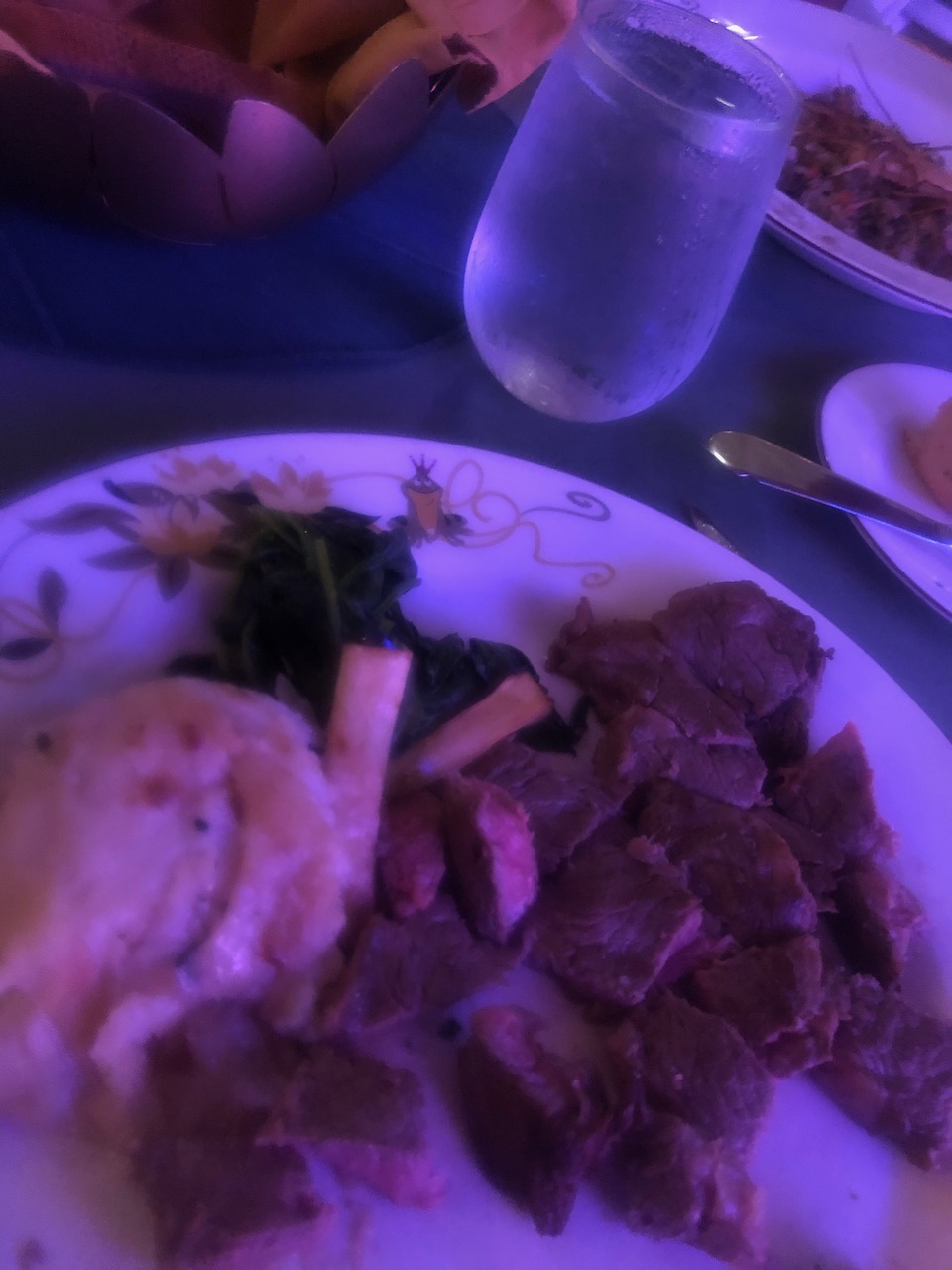 For the entree, he had the New York Sirloin Steak. 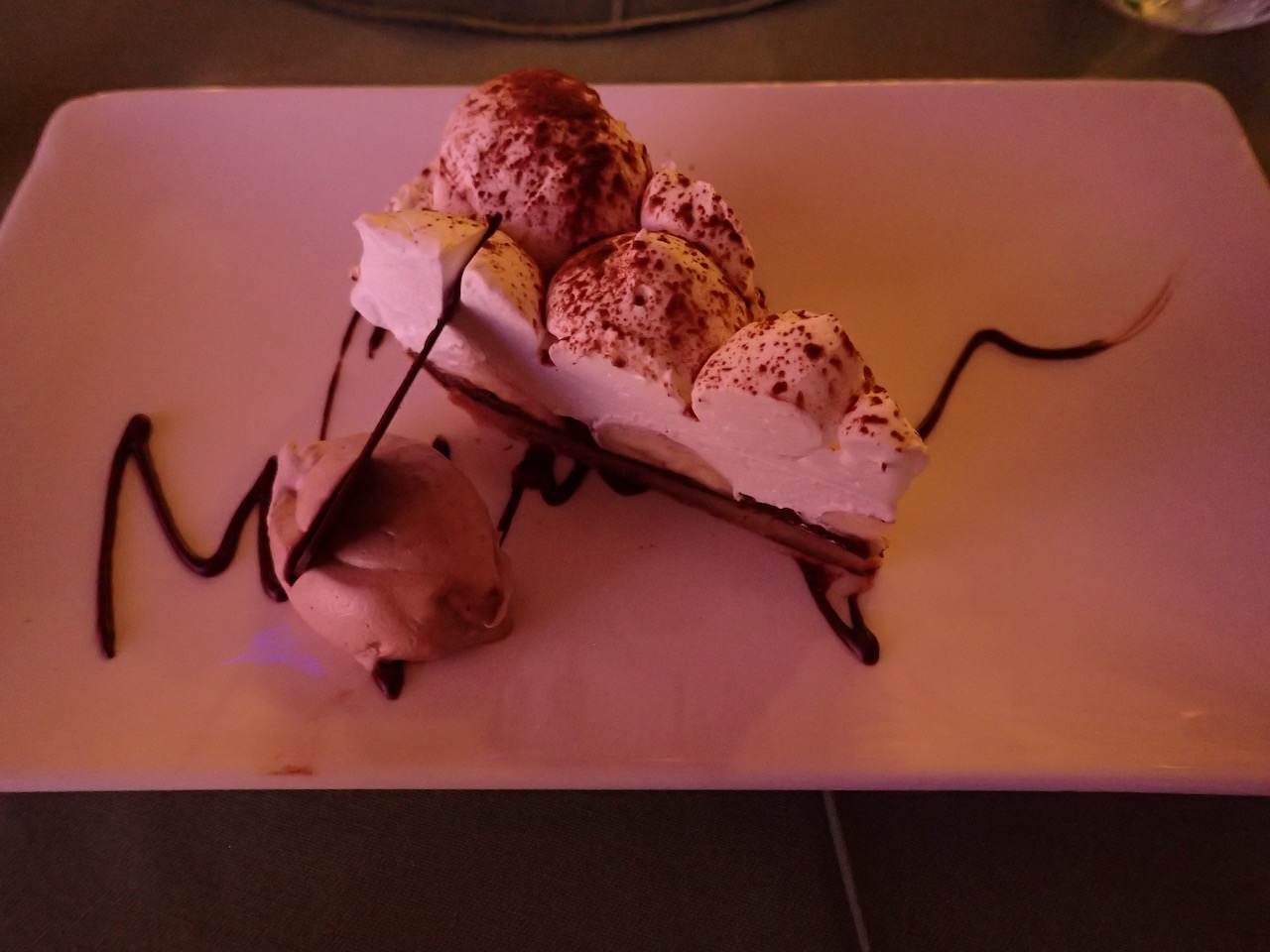 He had the Banoffee Cream Pie for dessert. 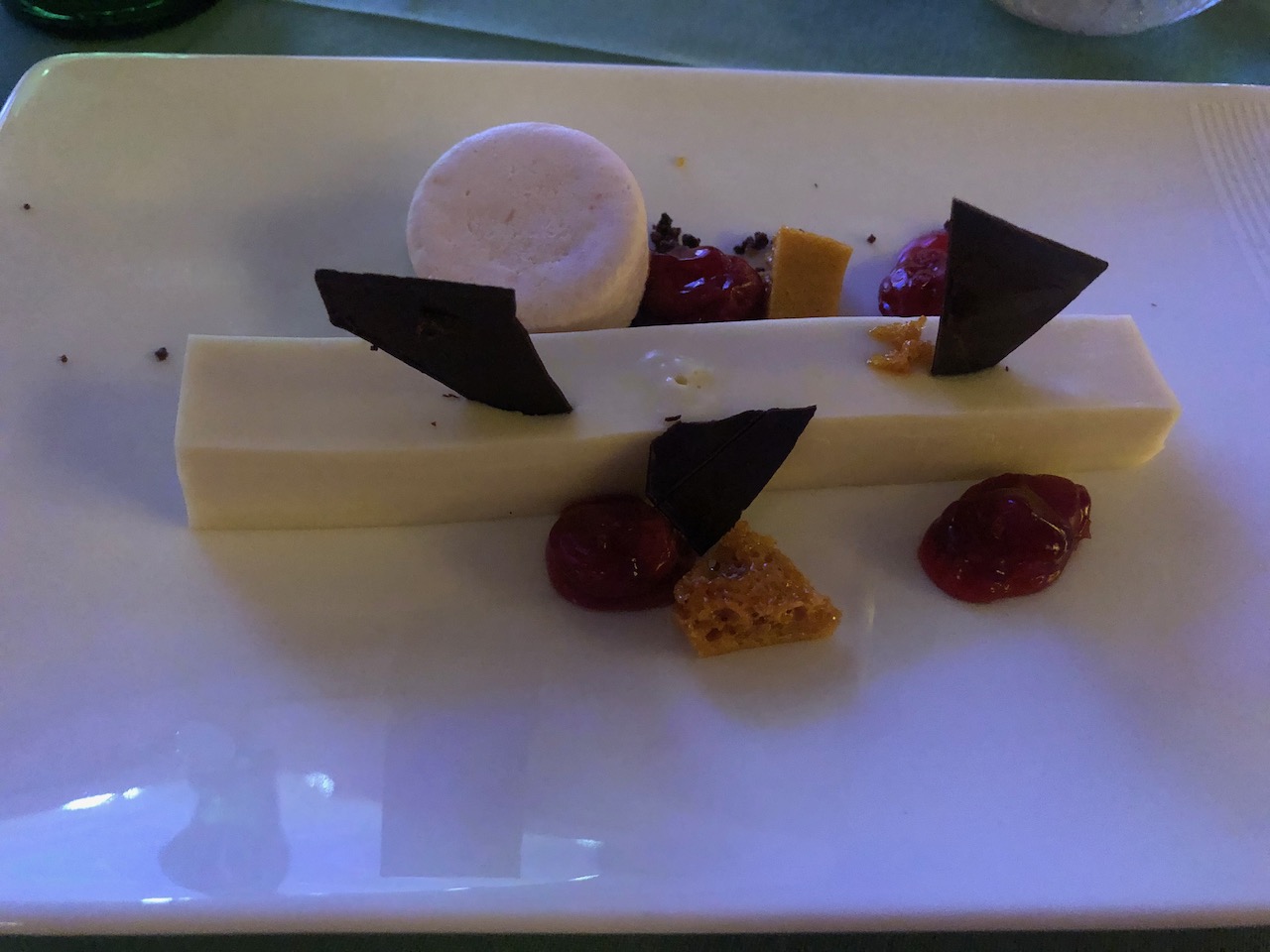 I got the Louisiana Root Beer Creme and this is I think the only dessert we’ve ever been totally disappointed with on a cruise. It wasn’t bad tasting, but it definitely didn’t taste like root beer and it was a very odd stretchy texture.
Posted by wildcat1001 at 9:47 AM No comments: 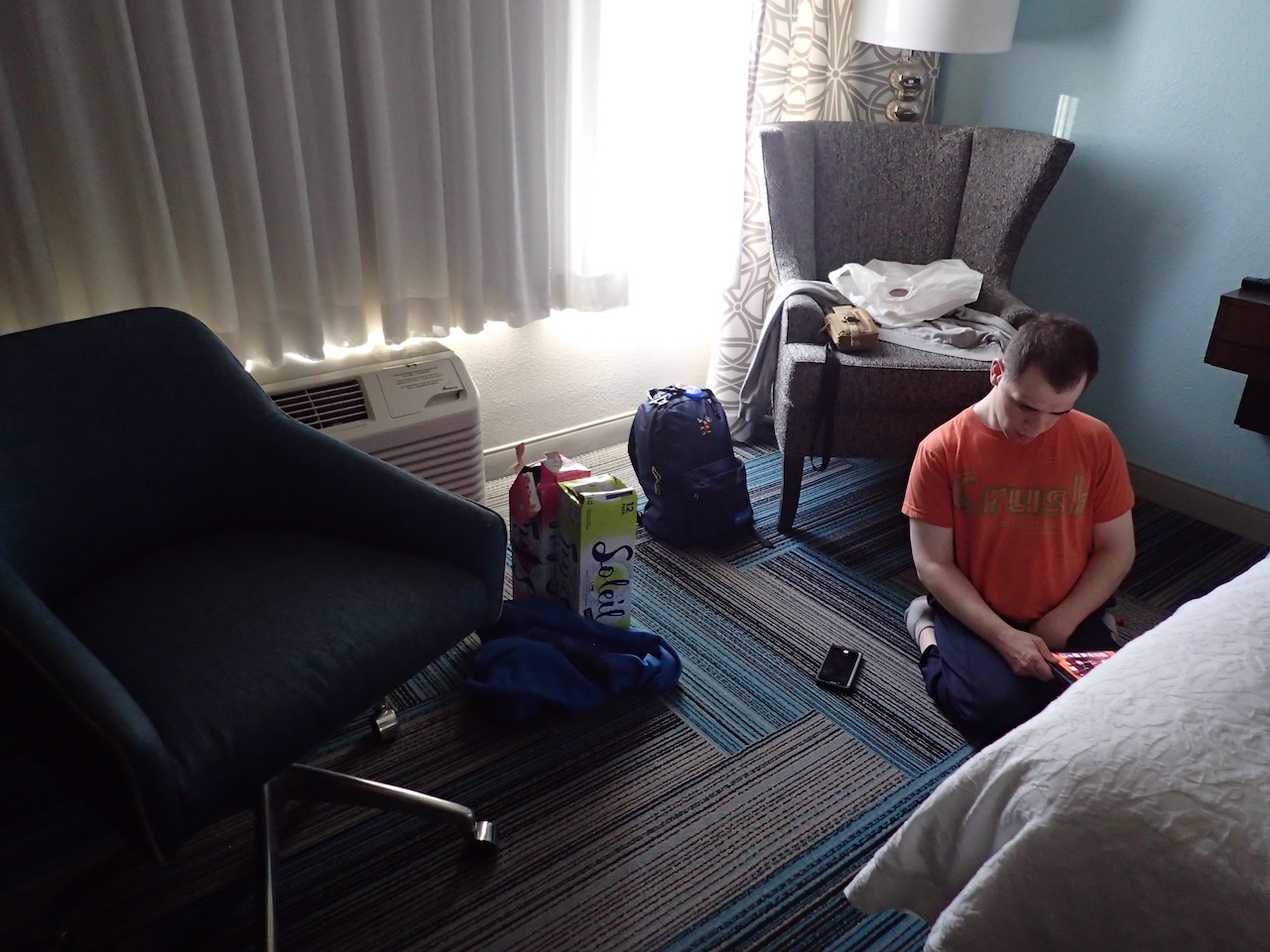 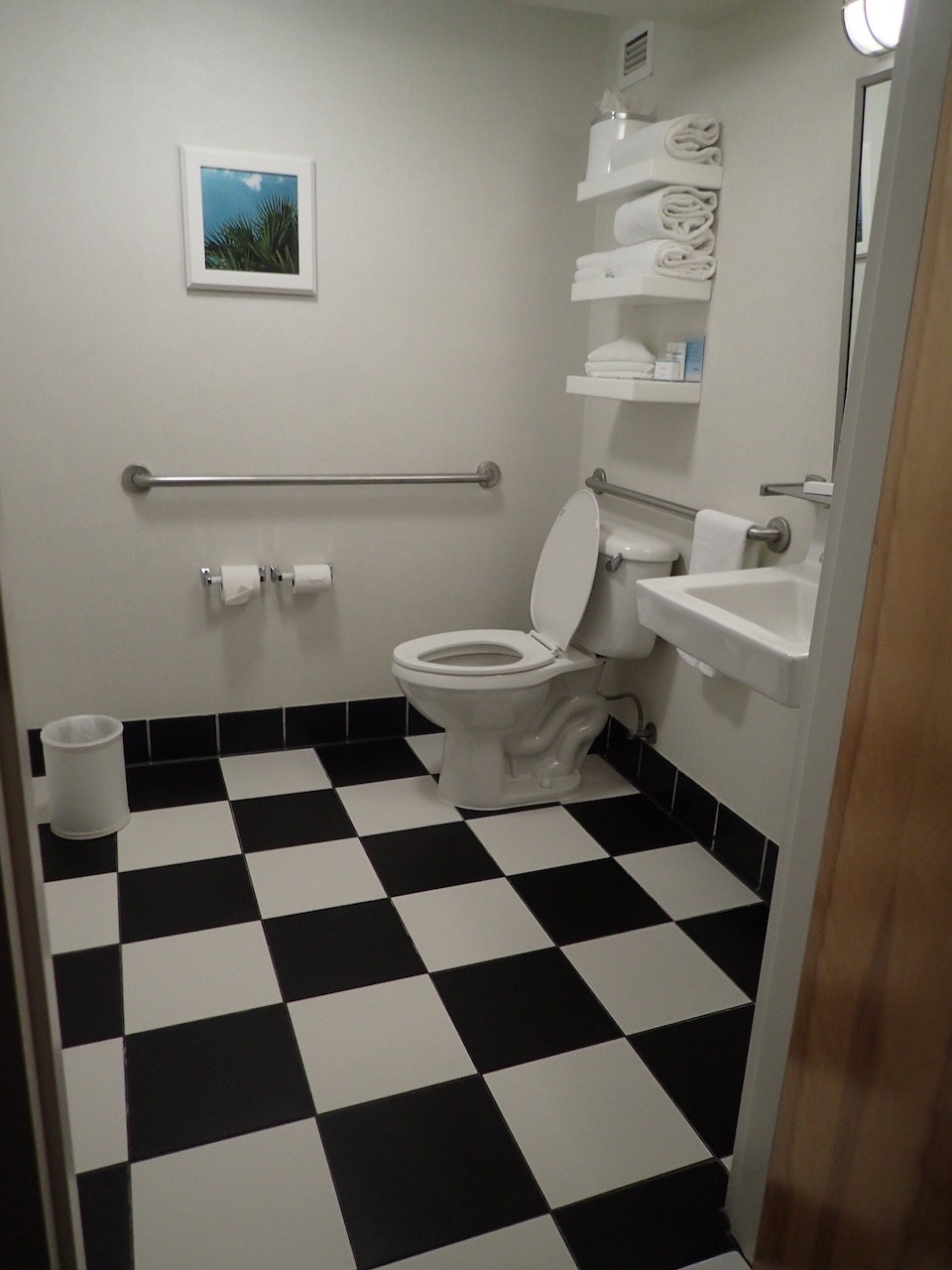 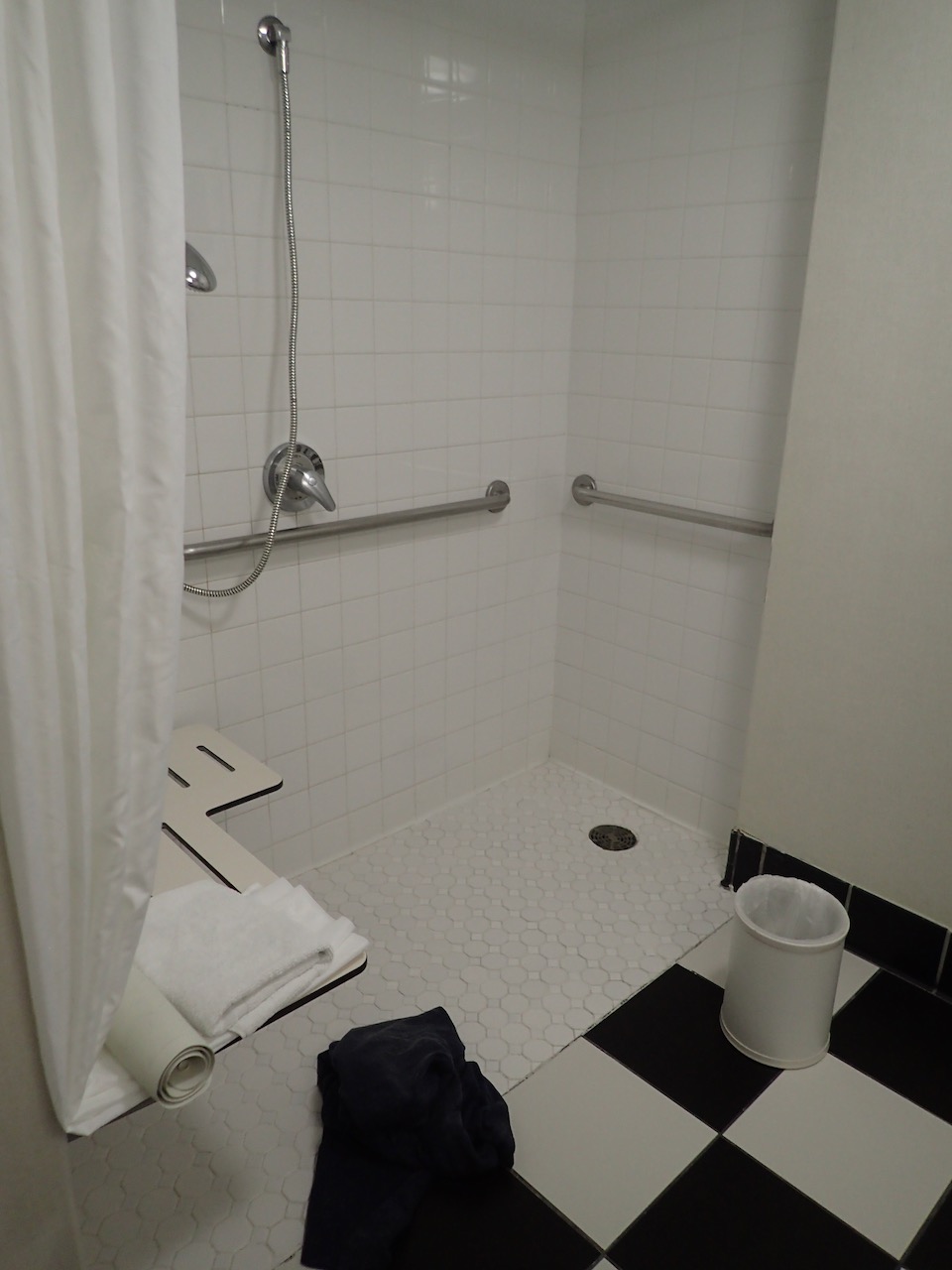 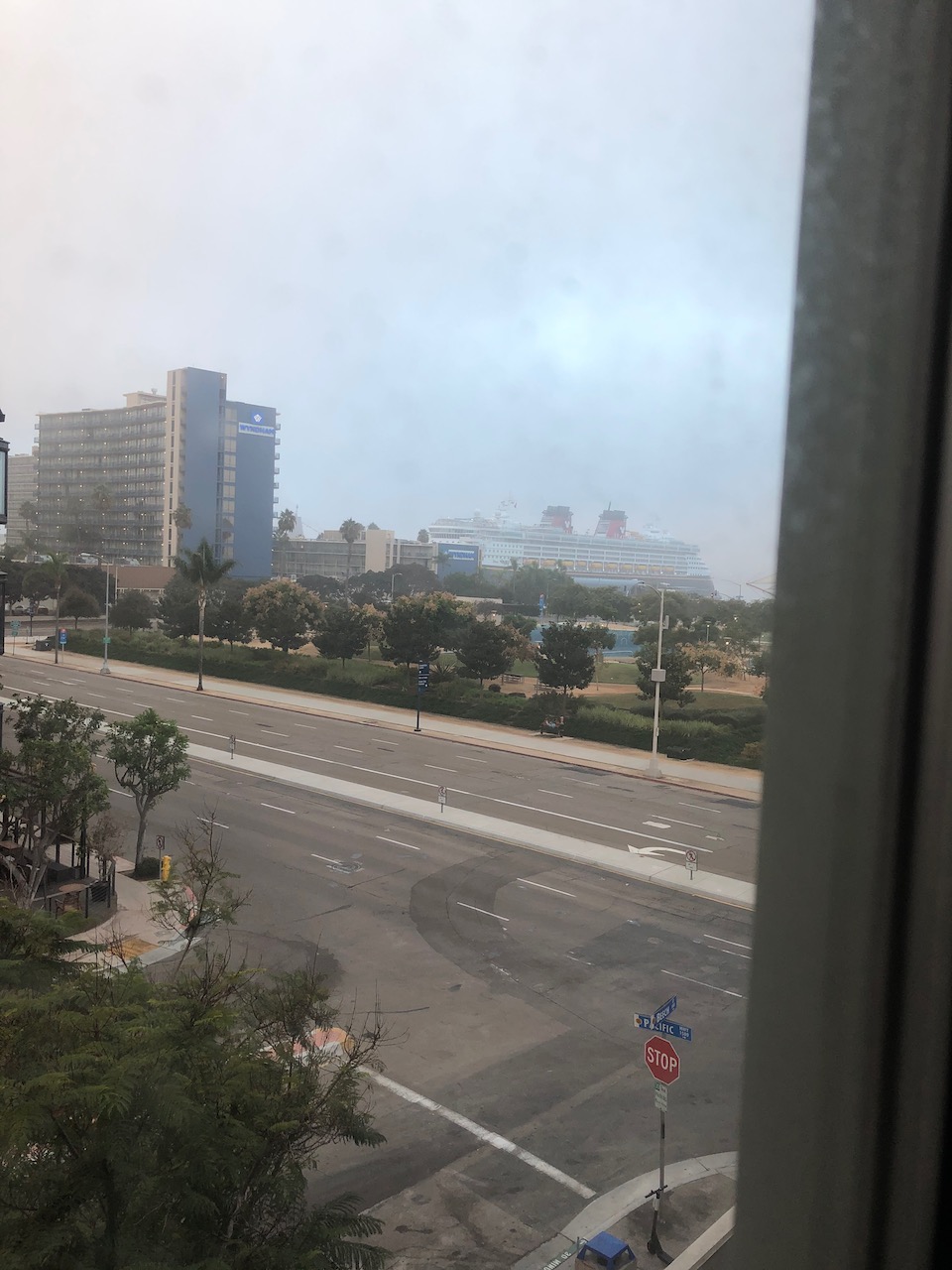 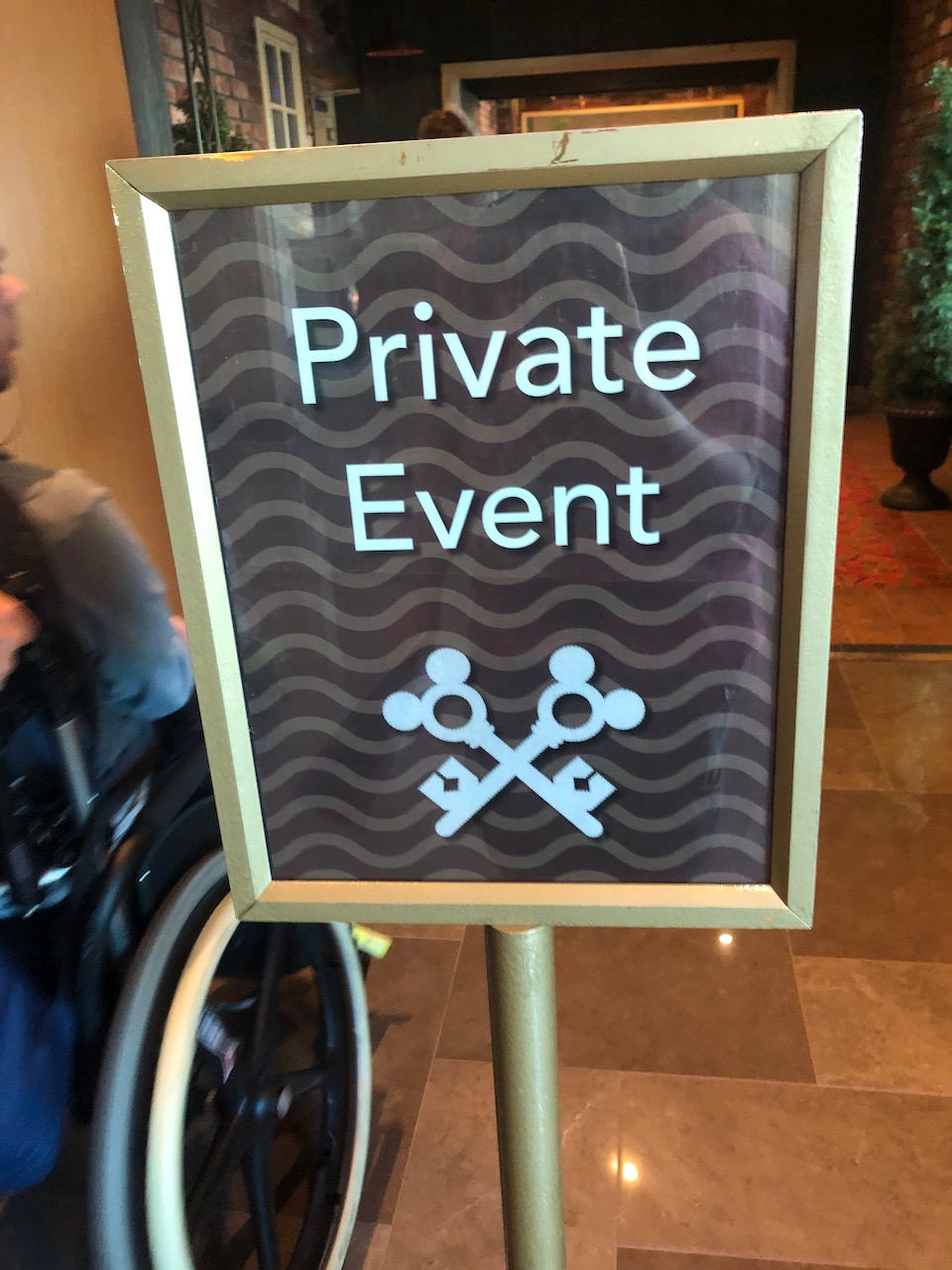 One of the benefits of Concierge was when we first boarded the ship we were able to have a full service lunch in Tiana’s Place. We particularly enjoyed this as Cabana’s is not only crowded on Embarkment Day, but the tables there don’t really work for the wheelchair to roll up to.  We also got to enjoy a window table in Tiana’s, which we haven’t had before and would not want for regular dining as normally it would be too crowded and difficult to get to/from that inner table. 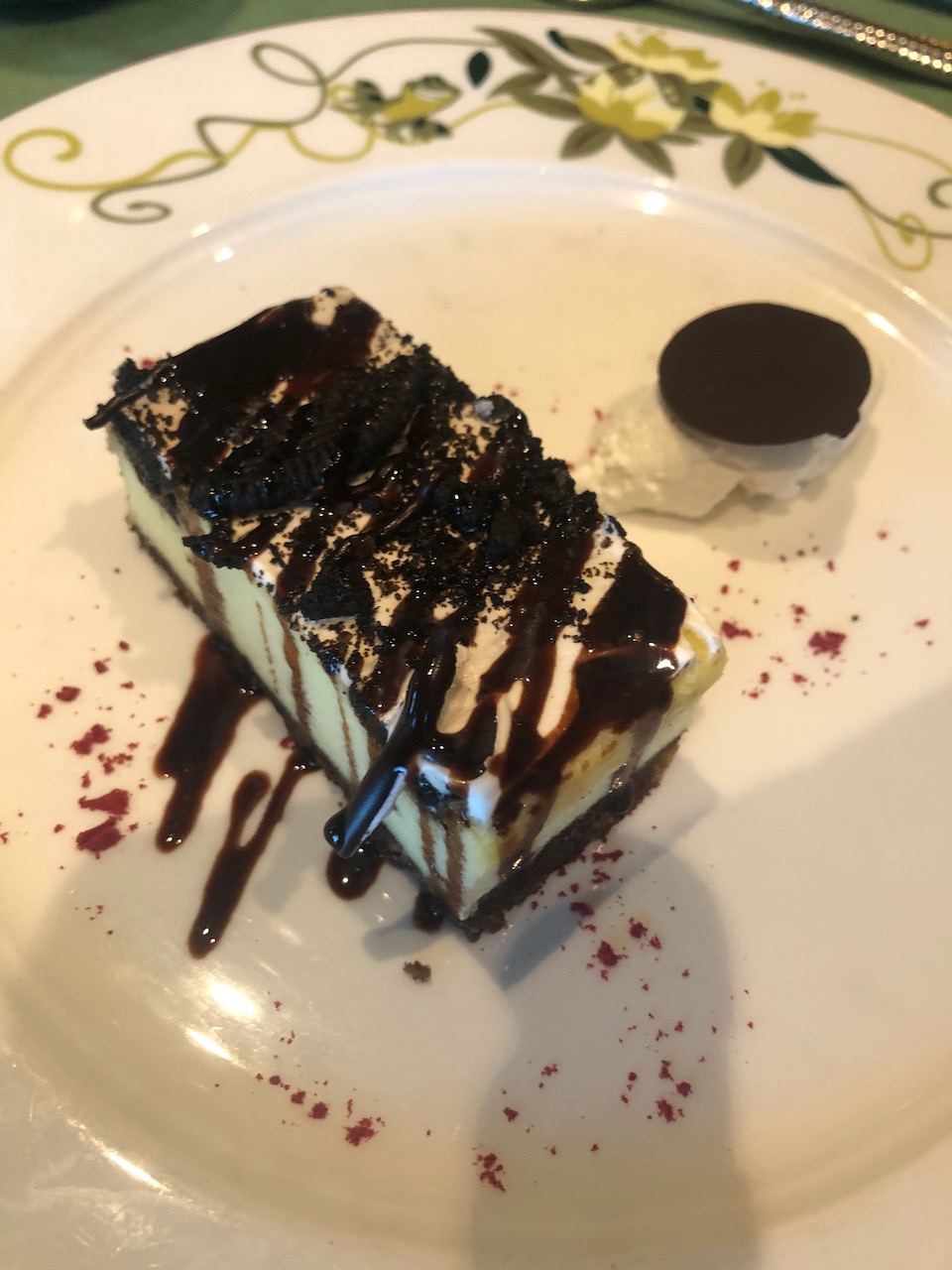 Other than dessert, we don’t remember what we had because I only remembered to do photos of dessert on the first day for Mik. The dessert he had at the lunch was the Cookies ‘n Cream Cheesecake.
Posted by wildcat1001 at 9:12 AM No comments: 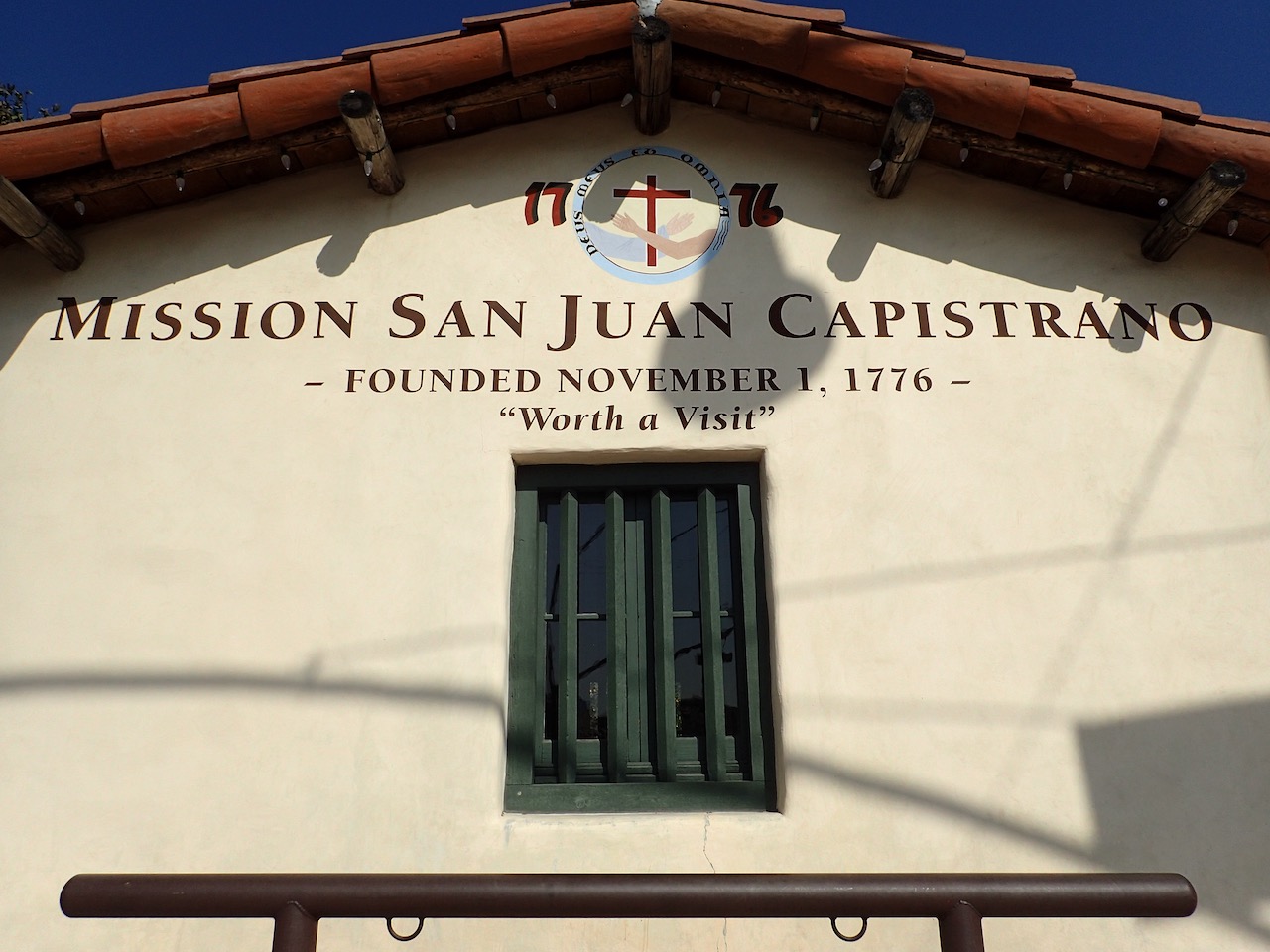 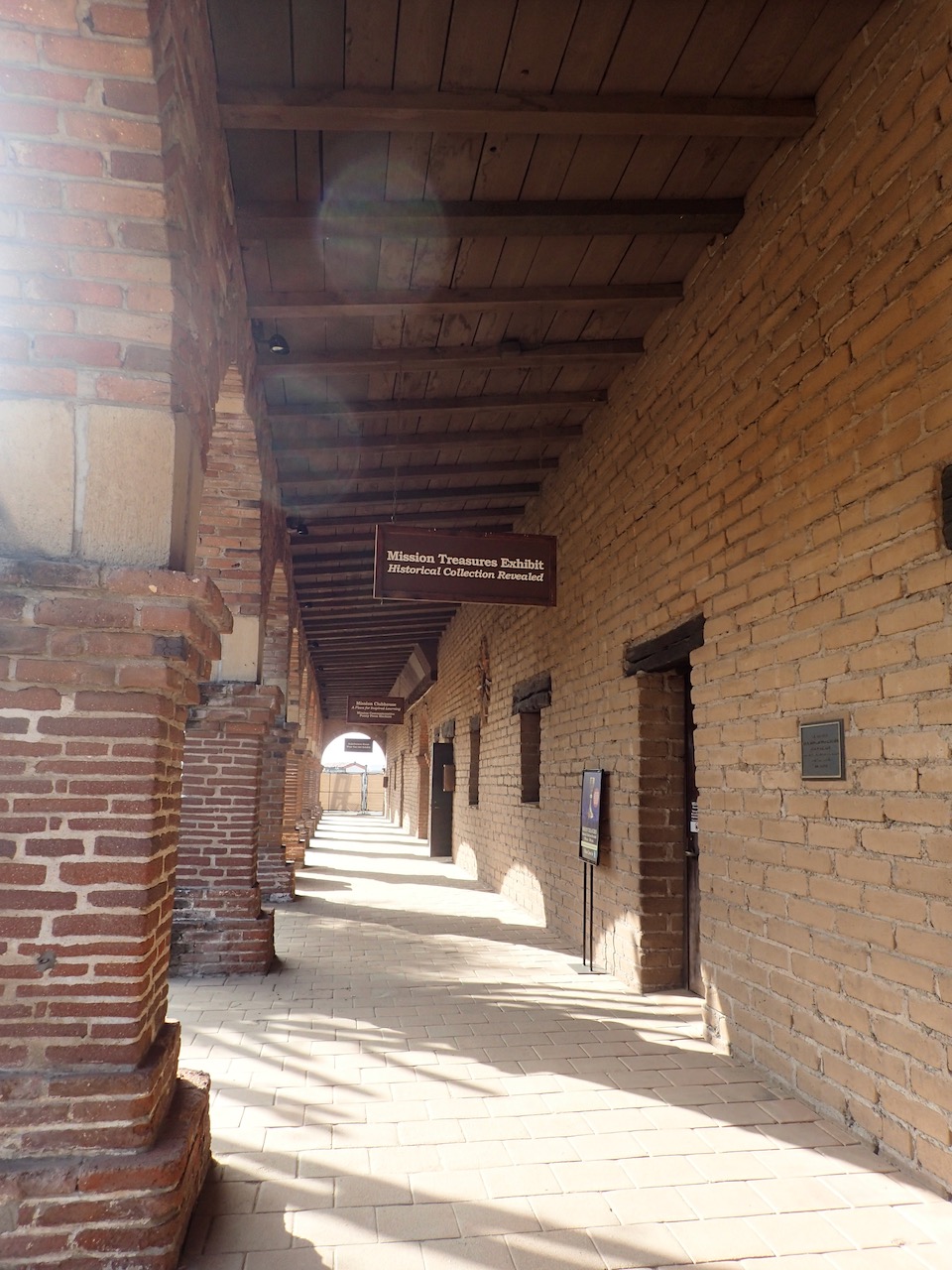 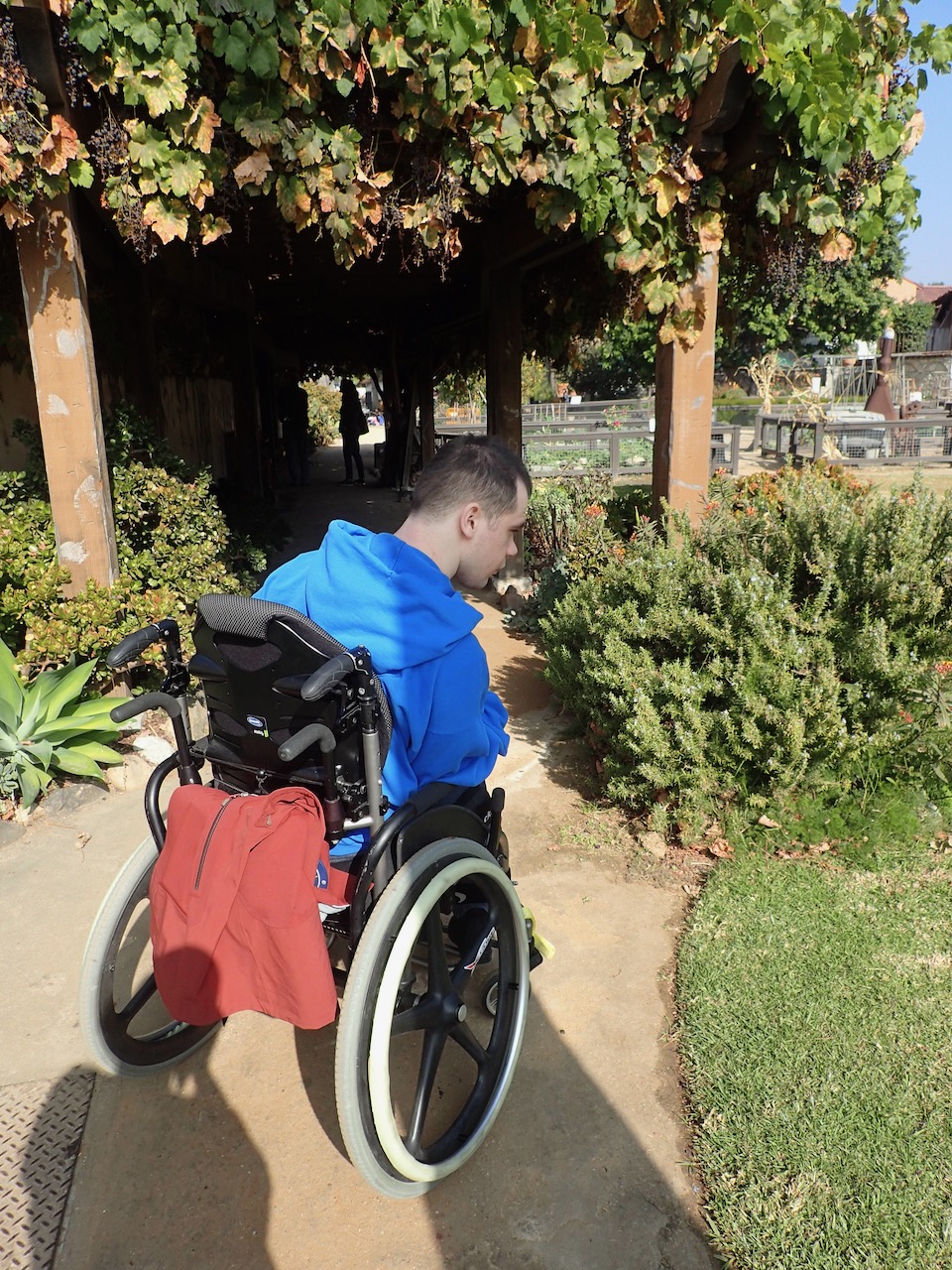 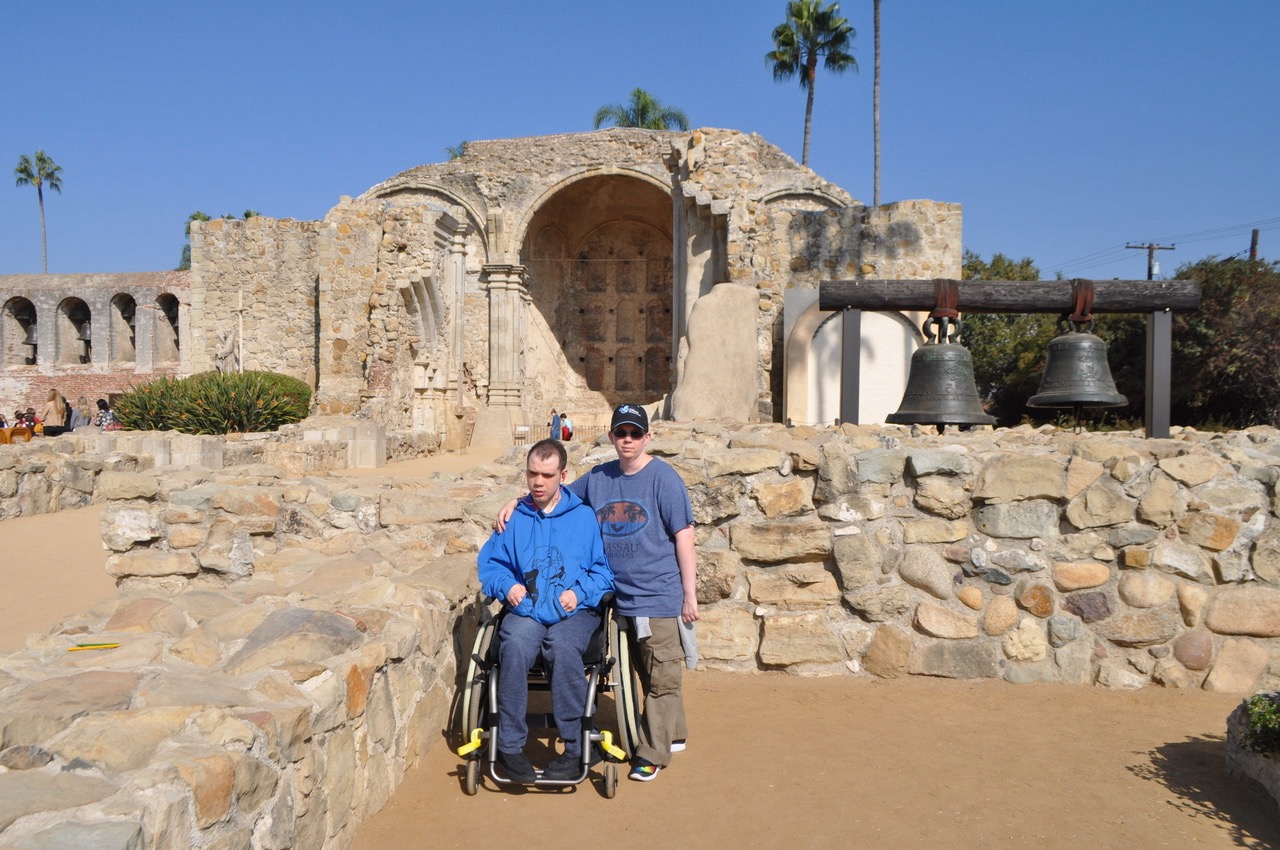 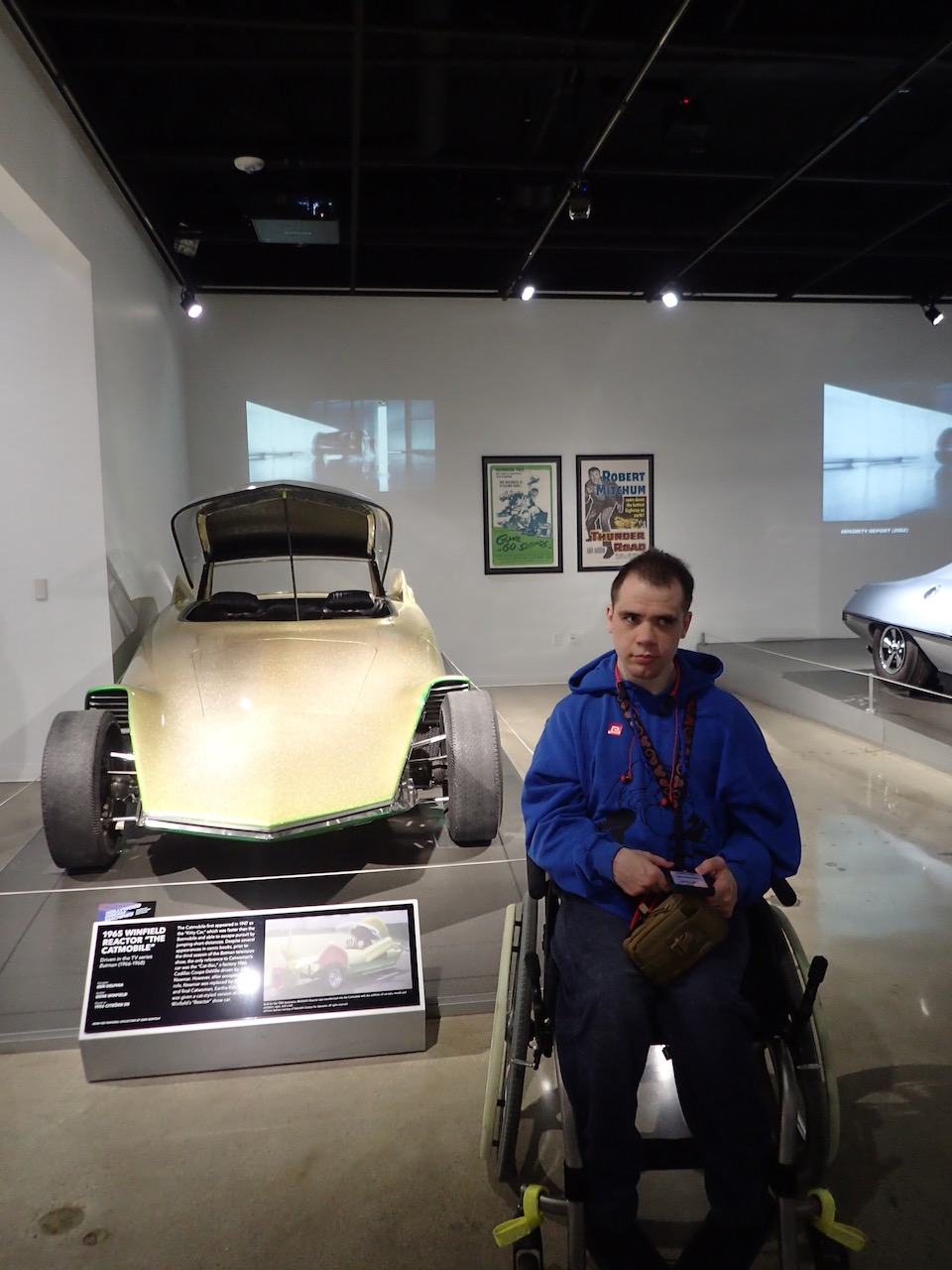 For our Panama Canal Cruise, it ended up being fewer flights as well as cheaper to fly direct into LA, rent a car, and stay a night between LA and San Diego than fly into San Diego and spend two nights there. It also allowed us to have time to do something in LA the day we arrived. Originally, we considered doing one of the presidential libraries, but when I stumbled upon the Petersen Auto Museum that became Mik's pick for the trip. 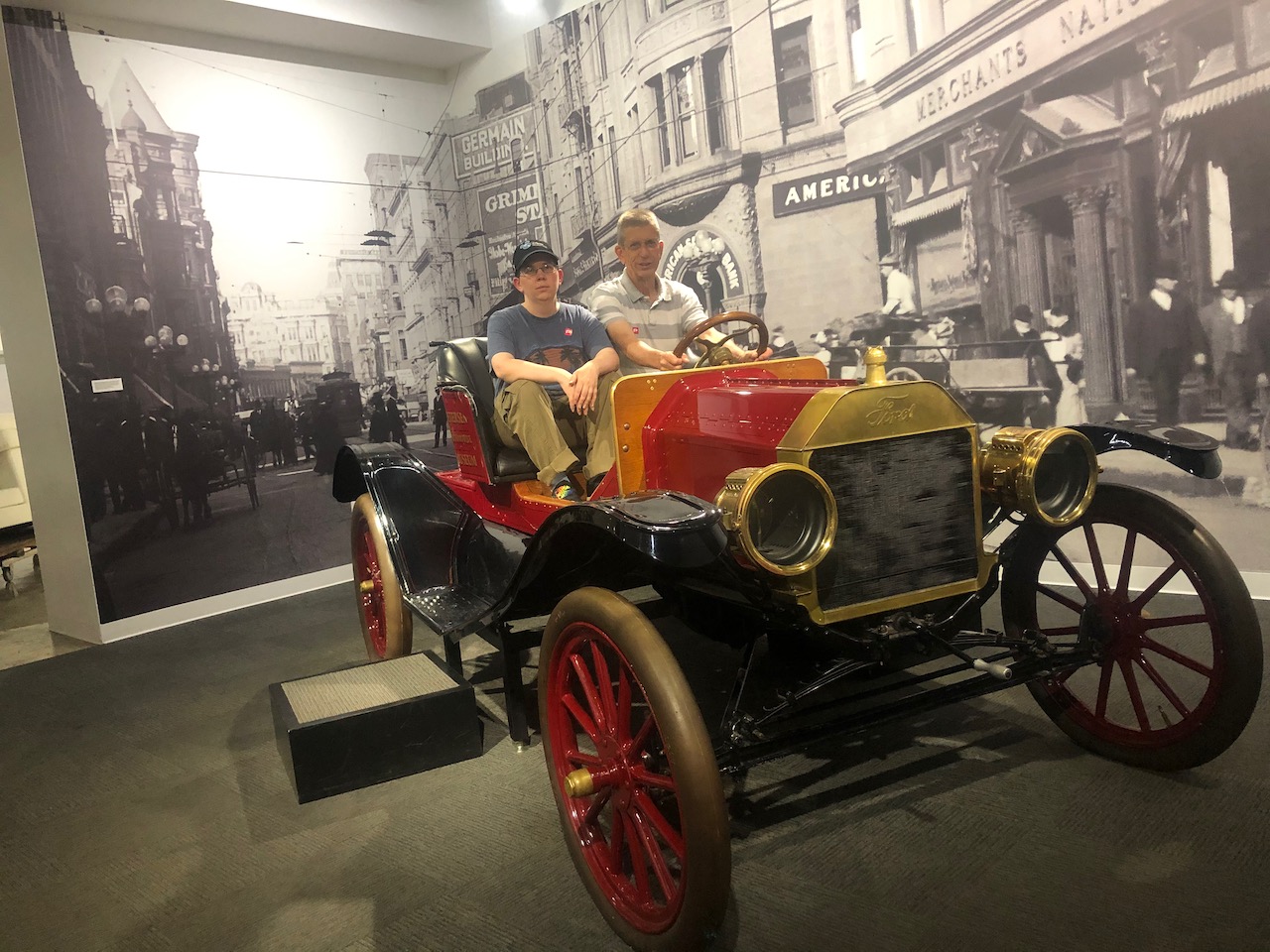 We started our tour on the top floor and worked our way back down. On the top floor Mik enjoyed taking a photo of Dad and in the 1910 Ford Model T Speedster. 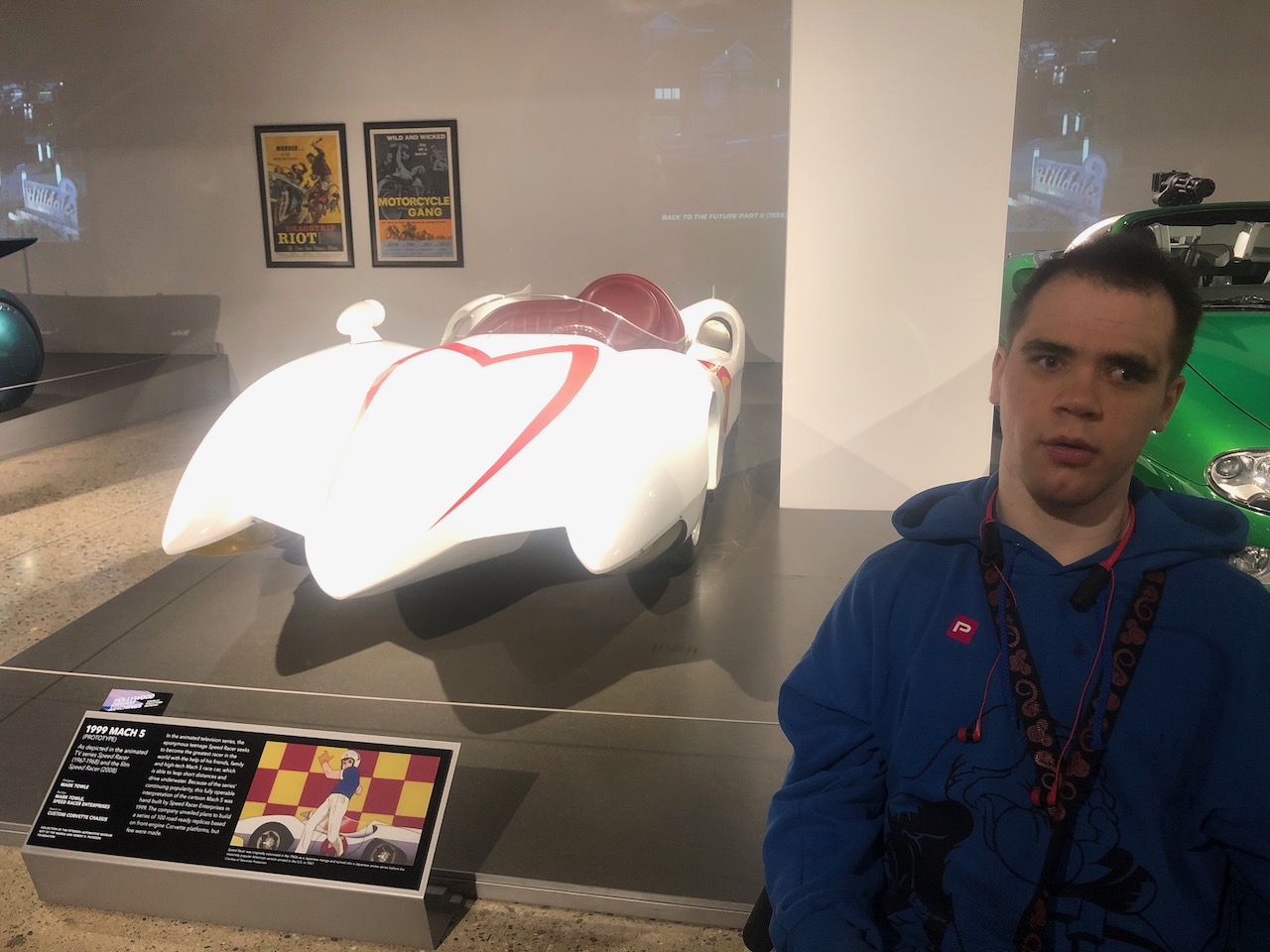 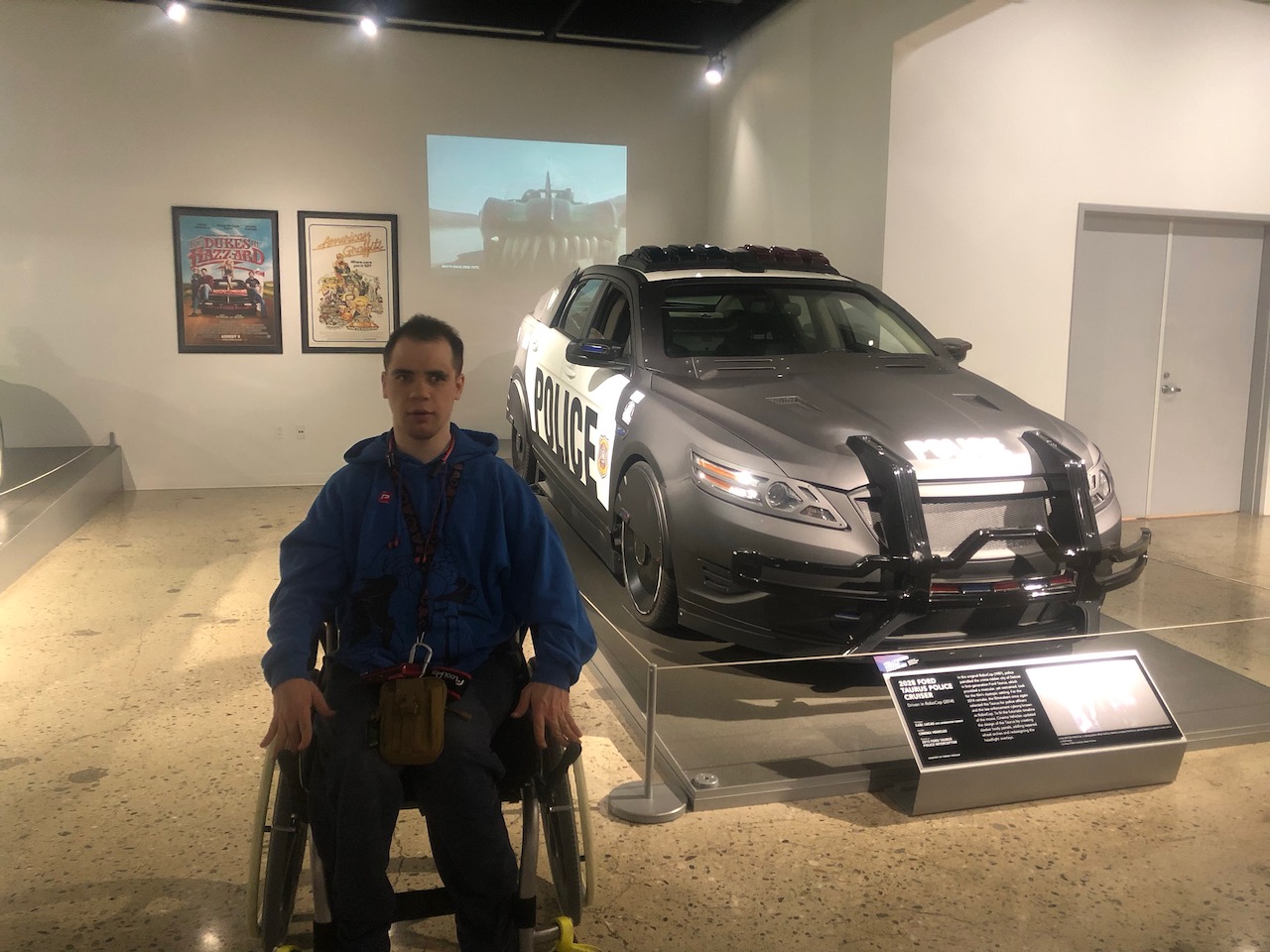 He also enjoyed seeing the other movie and TV cars such as this police cruiser from Robocop. 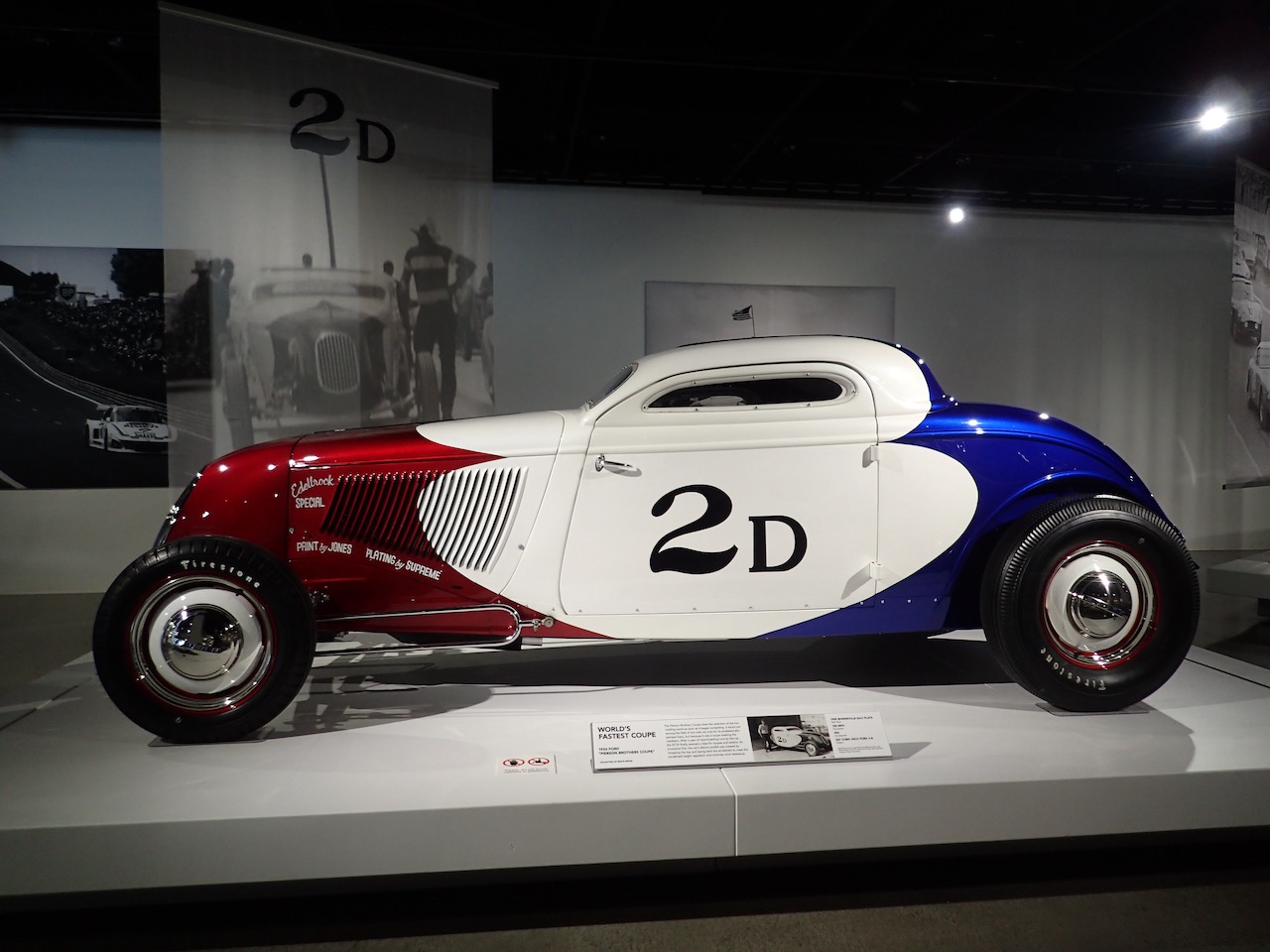 Mik's favorite exhibit was "Winning Numbers: The First, the Fastest, the Famous." 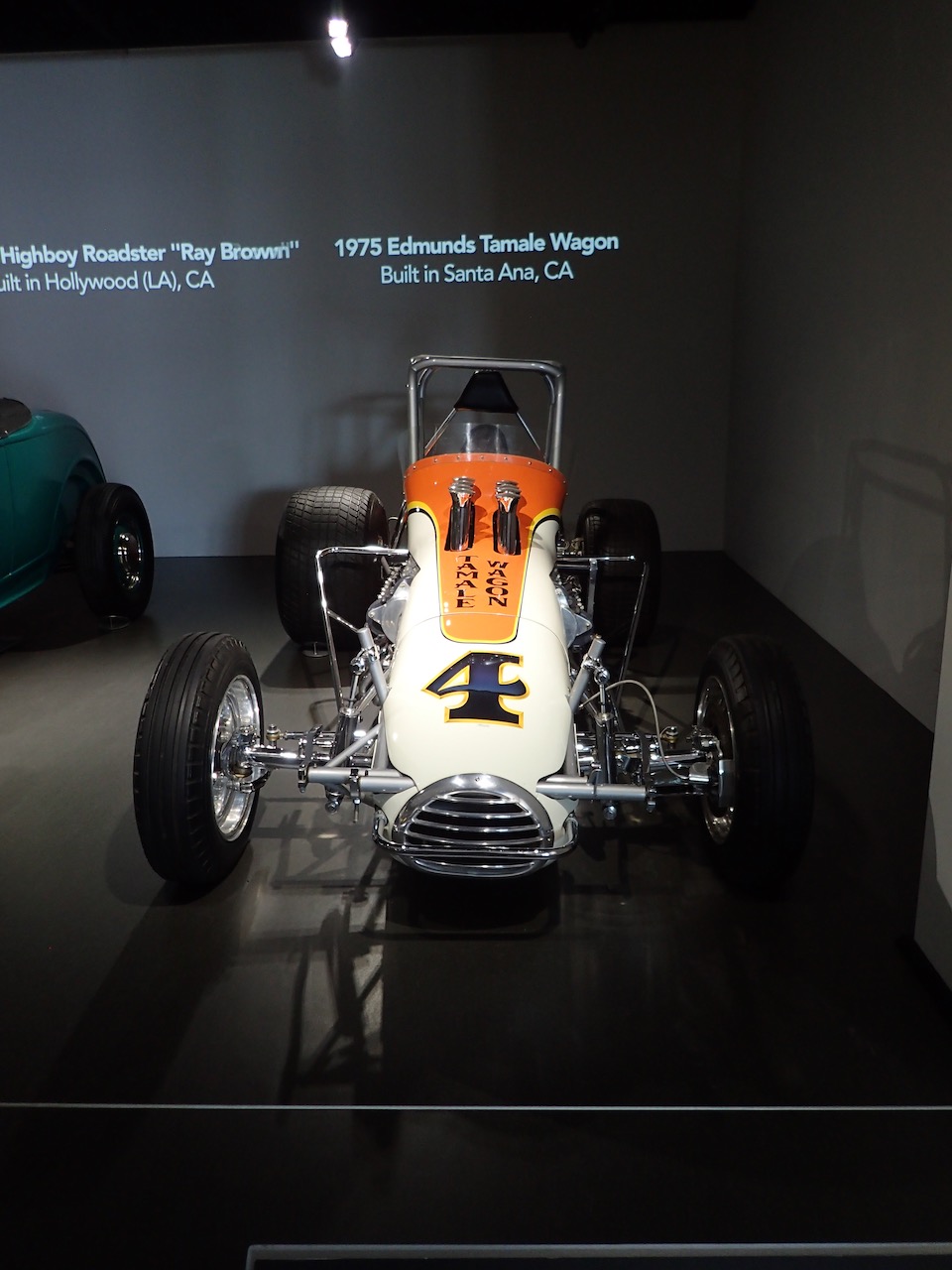 We also found the "Legends of Los Angeles: Southern California Race Cars and Their Builders" an interesting exhibit. 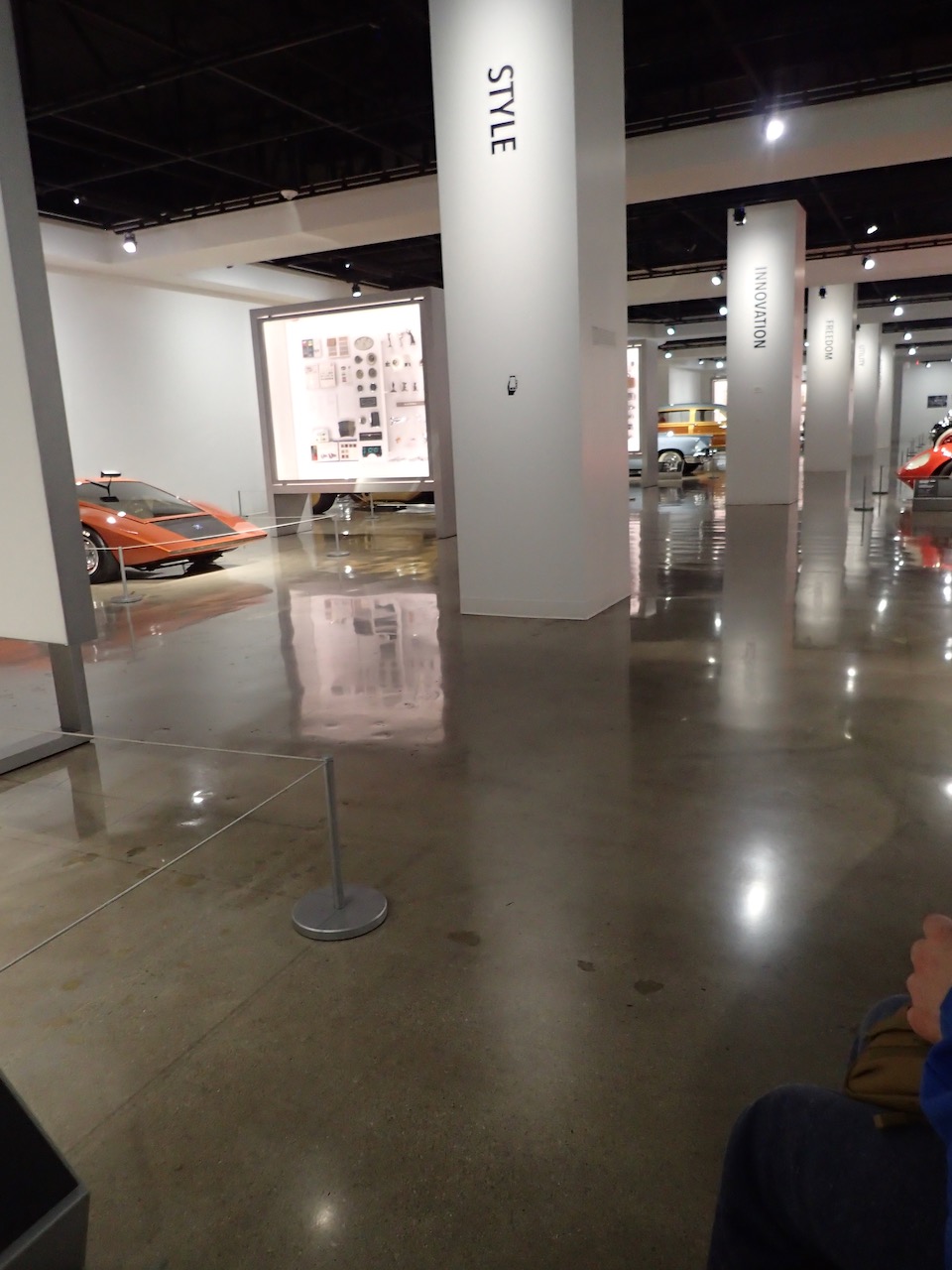 Most of the exhibits were spacious with plenty of room to navigate around. The only exhibit that we ran into problems with was in the "Hollywood Dream Machines: Vehicles of Science Fiction and Fantasy" exhibit. Although he could see everything, some of the items in that exhibit were put rather close together and Mik couldn't roll through all the pathways to view them from the best angles.