Walt Disney World: Magic Kingdom - The Many Adventures of Winnie the Pooh

While Mik will usually do an accessible ride once per trip even if he isn't a fan of it, The Many Adventures of Winnie the Pooh is one I haven't been able to get him to do for years. The only reason I even got him to do it this time was it was raining and it was a way to stay out of the rain and waste the last hour until Mickey's Not So Scary Halloween Party began. 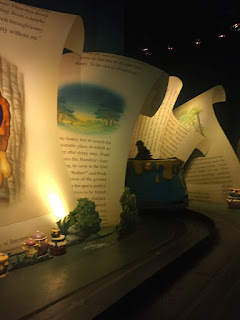 After riding it again, Mik is definitely against riding it again unless perhaps it's raining and I agree because if I'm going to have to ride alone I might as well just ride it when I go to the park to do the rides he can't do. It's not so much that he ends up riding alone that bothered him, but that the hunny pot is huge and yet designed in such a way that his wheelchair didn't fit (or at least they didn't give us enough time to try to get it all the way to the side) and have the seat come down for somebody to ride with him.

Destination Information:
The Many Adventures of Winnie the Pooh
Magic Kingdom
Lake Buena Vista, FL
Posted by wildcat1001 at 5:15 AM No comments: 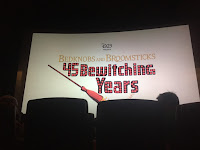 The D23 Presents Bedknobs and Broomsticks: 45 Bewitching Years event began with being able to shop the UNIGLO store before it's normal operating hours. That part we didn't so much care about, but it was worth going early for this part because it included breakfast. I thought the breakfast part was going to just be like fruit and pastries, but it included eggs, bacon, sausage, potatoes, and french toast as well as fruit and some pastries. 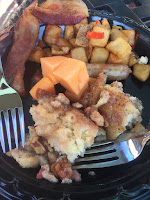 The main event was seeing Bedknobs and Broomsticks at the AMC Theater. Before the movie there was a presentation about the making of the movie, which Mik particularly enjoyed. Of course, we also enjoyed seeing one of our favorite movies on the big screen for the first time. 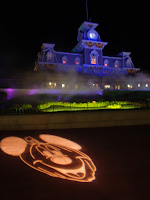 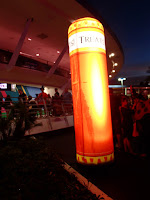 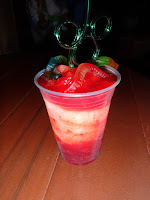 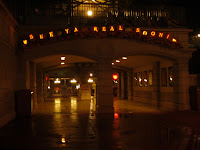 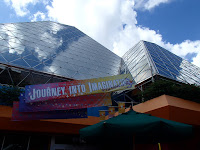 I remember going on the ride featuring Figment before, but it's been awhile and this time it seemed different. Thus, it seems we probably haven't been on it since our first Walt Disney World trip in 2001 back when it was Journey Into YOUR Imagination. 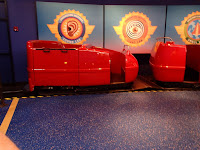 Overall we enjoyed the ride. Mik particularly liked that the wheelchair accessible vehicle is spacious while also having a seat for me to ride next to him. 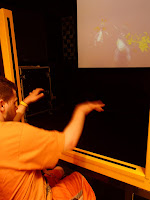 We didn't spend much time in the ImageWorks area you exit into, but Mik did enjoy trying out the conducting music part.

We said we'd never do Soarin' at Epcot again unless they changed it to Soarin' Over Florida. While that isn't what happened, they did in fact change it so we were excited to give it another try, although we are sad that they also changed it in California.

Like last time, we used Fastpass+ for this attraction. I do miss that there is no aviation hall of fame to go through like in California, but since it's the Fastpass line you don't spend much time in line. However, you do still end up spending time waiting in the ramp hall down to where they assign you to rows and that is annoying because you're often stuck on the incline for awhile.

Overall we still like Soarin' as one of the few transfer rides I can do with Mik. However, we just didn't end up really enjoying the around the world version as much. Mainly, it just didn't seem quite as realistic throughout. Thus, we probably would one do this maybe every few trips and only with Fastpass. 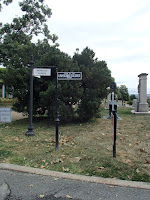 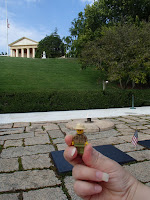 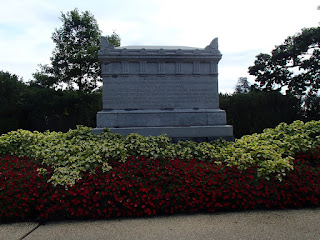 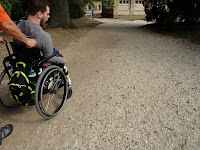 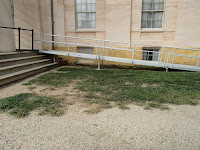 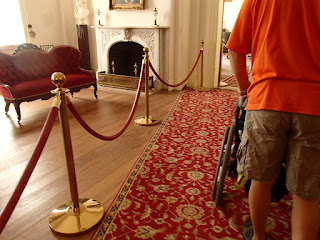 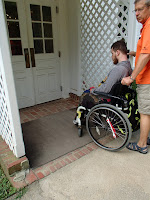 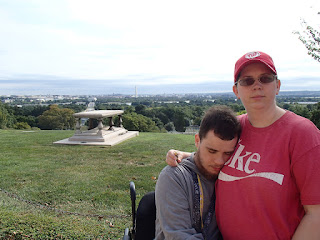