This was our fourth Disney Cruise and our first on one of the newer ships. We enjoyed the back of the ship on our first cruise and have stuck with it ever since. To some extent the older ships are nicer because they are smaller; but accessibility wise the Fantasy is much better than when we have been on the Magic and Wonder (Magic is probably nicer now than when we were last on it, though). 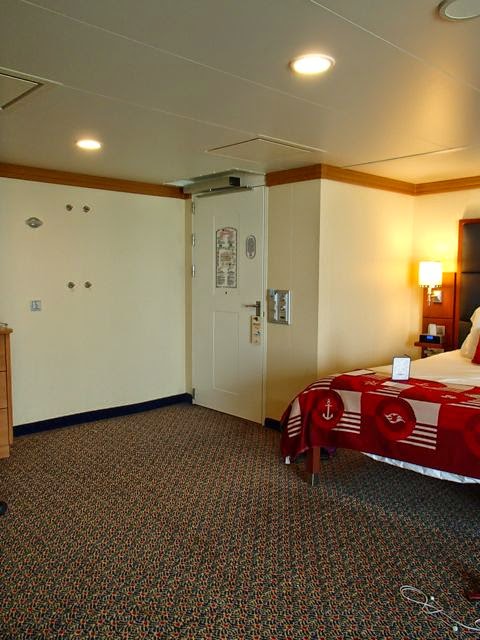 The common area accessibility is not much different overall other than the bathrooms tend to have accessible stalls rather than companion ones. However, the stateroom has many nice accessibility touches that make a huge difference. 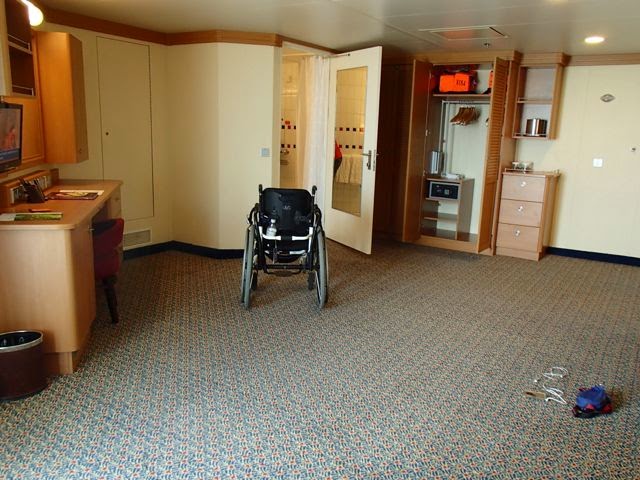 First off, when you use your key to open the door the door automatically opens. Inside there is also a button to open it or you can just start pulling it open and it activates the power opening. It’s a little slow to wait and make sure it closes before you leave; but definitely a helpful feature that I now want on our condo door. 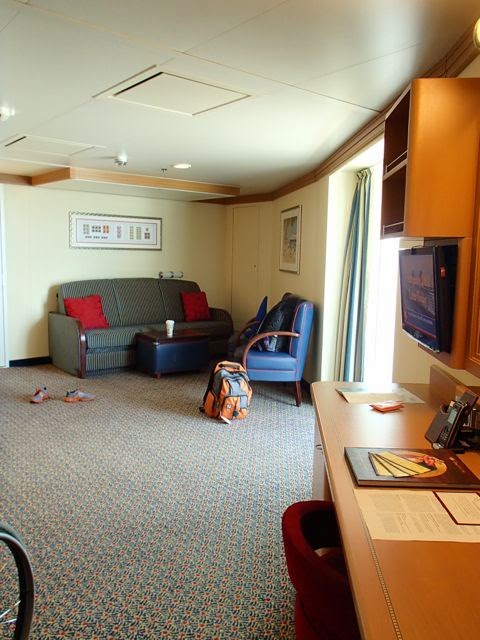 The room is very spacious, but Mik was disappointed the space is in the stateroom rather than having a giant walk-in closet like he was used to on the other ships. He liked using the walk-in closest as a room.

The closet itself is cool, though, as it is designed so you can pull the top row of hangers out and down. 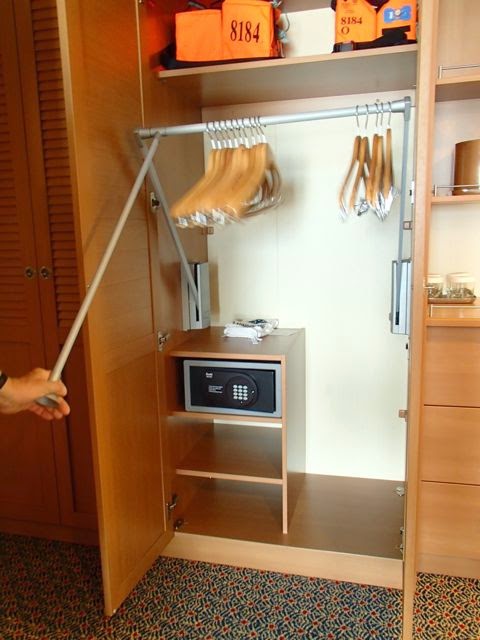 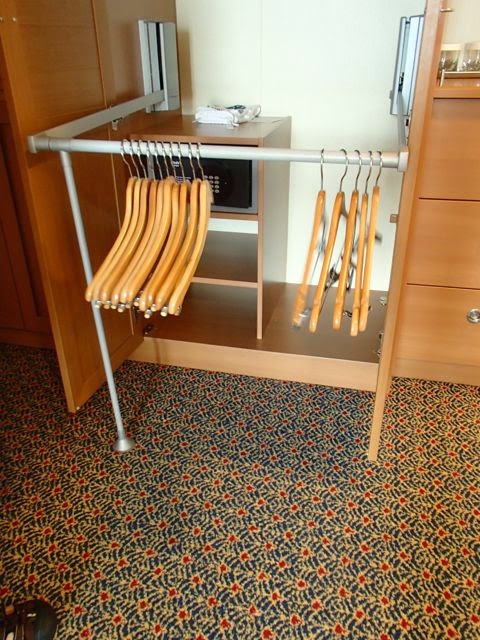 The verandah was nice and huge. We also liked that it was a regular style door rather than a sliding door. That makes it more accessible for getting in and out. The only issue is that the door seemed to tend to open on its own if you did not get it pulled closed just right and the lock is up high. I get that for child safety reasons; but it would be nice if they put an upper and lower lock so you could use just the lower one if you don’t need it for child safety reasons. 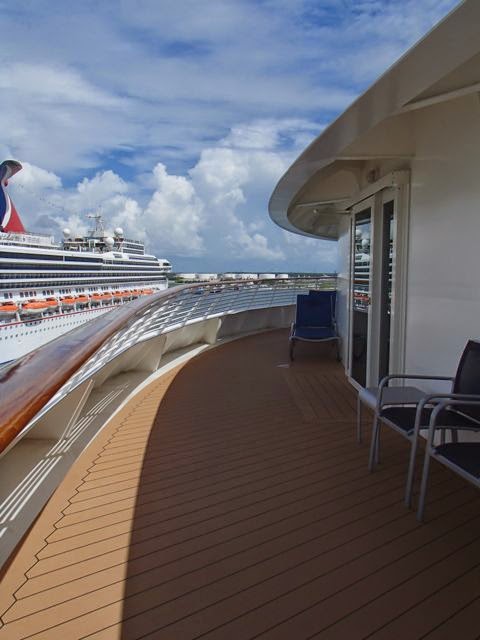 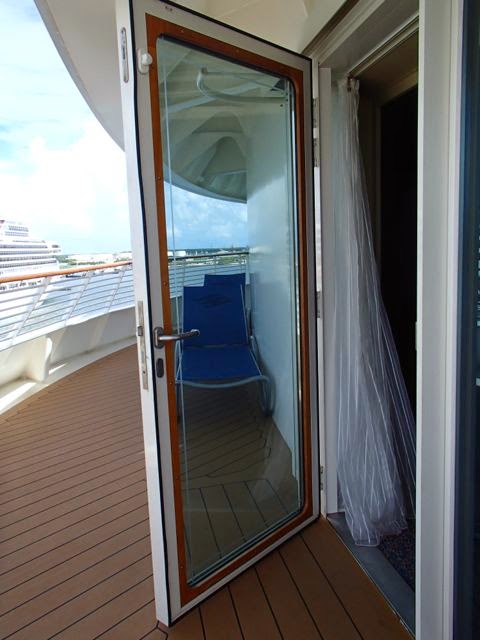 The bathroom is nothing special. In fact, it kind of seems smaller than the ones we have had on the Wonder and Magic. However, the layout does work out to be easier to navigate when we did want to take the wheelchair in there. Also, the shower is nice with a flip down grab bar as well as a flip down seat. 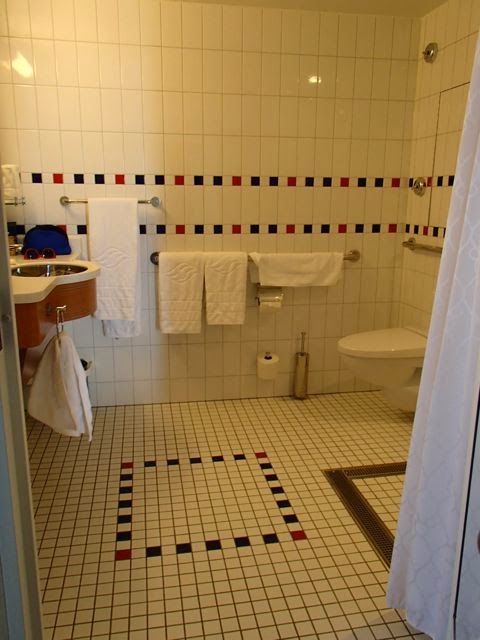 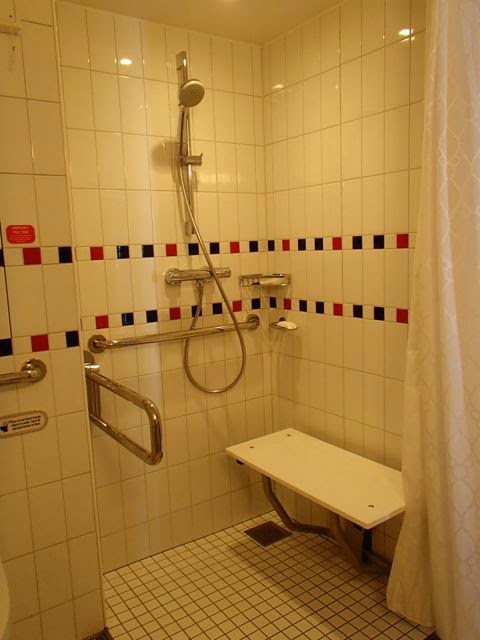 We still wish they had the flip down bar right by the toilet like we once had on the Wonder. While there is a grab bar on the wall to the right of toilet, it is not all that close to toilet and for Mik it’s nice to have something on both sides or at least on the left. 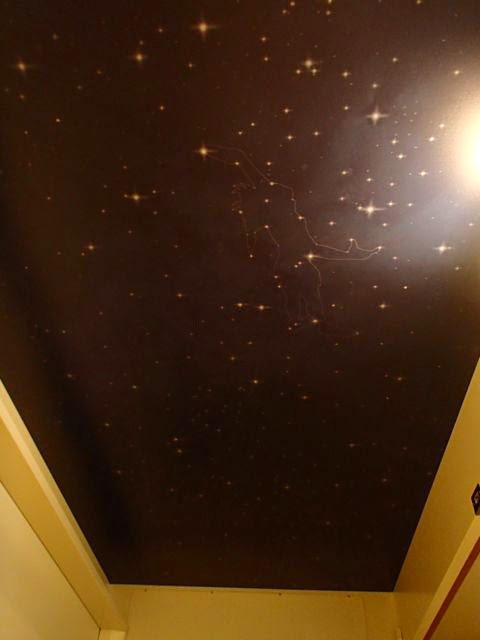 Two other things we noticed different is that there were constellations painted above the bed that comes out from the ceiling and there is space under the bed for storing stuff (or in Mik’s case it’s for hiding Dad’s shoes). 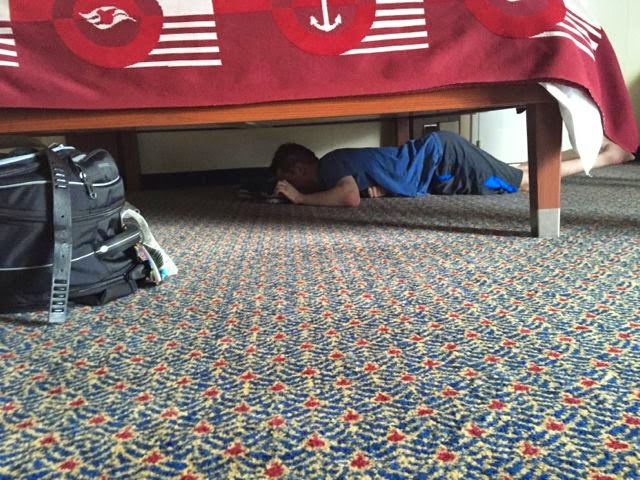