It's been about four years since we've posted a review of the Lincoln Memorial, although we have been here at least one other time since then. For the most part our comments are the same, but since there are a few things we noticed and did differently we decided to do a whole new one instead of just a brief update and just referring to the other review here. 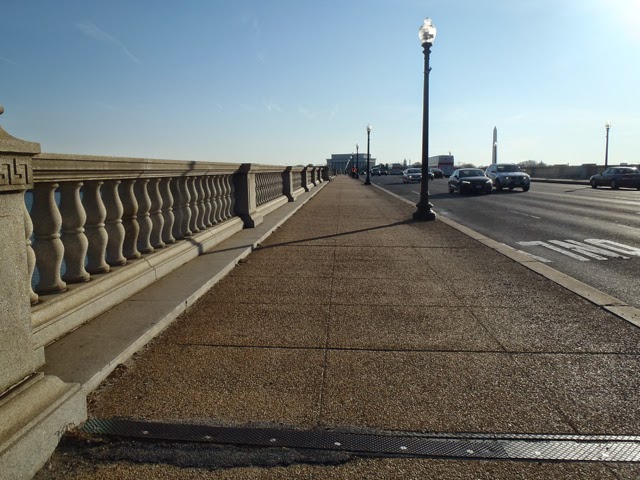 To start off, we discovered that walking over the Memorial Bridge from Arlington National Cemetery is a very convenient way to get to the Lincoln Memorial when using Metro. It's still not all that close (~1 mile), but it seems smoother/simpler and also more scenic, although it can also be windier, which was not so nice on the way back when we were going into it. Note that the elevator you take back down the platform depends on which direction you need to go and the sign that says which side it is for is above call button (we think it should say right up top!). 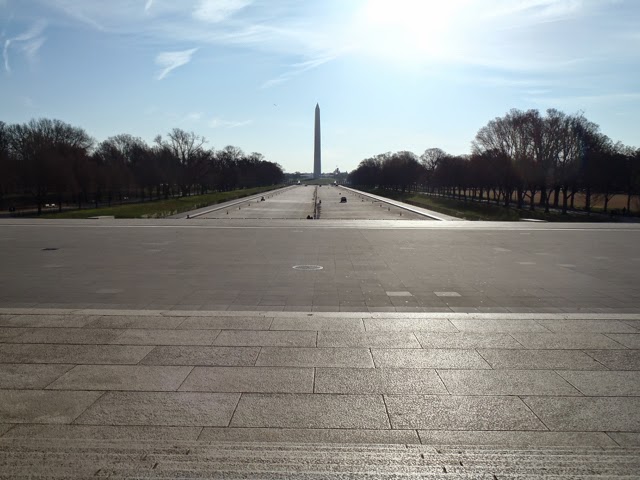 To get up to the memorial there are ramps up on the right and left sides of the stairs. There are a couple points where you can access the landings of the steps, so you can enjoy the view like if you take the steps up. This also allows you to cross over from the right side to the left when you get to the top of the ramp because that's the side with the entrance to the area with the elevator. In rereading our old review, I was reminded that we were annoyed by them have a wheelchair symbol and no button that time. I can't remember if they have any buttons now, but this time both doors were propped open, so getting in wasn't an issue even though we were like the only ones there at the time. I actually was a little concerned we would have to wait for it to be 9am because the exhibit area technically doesn't open until then, but it was around 8:45am and it was open. 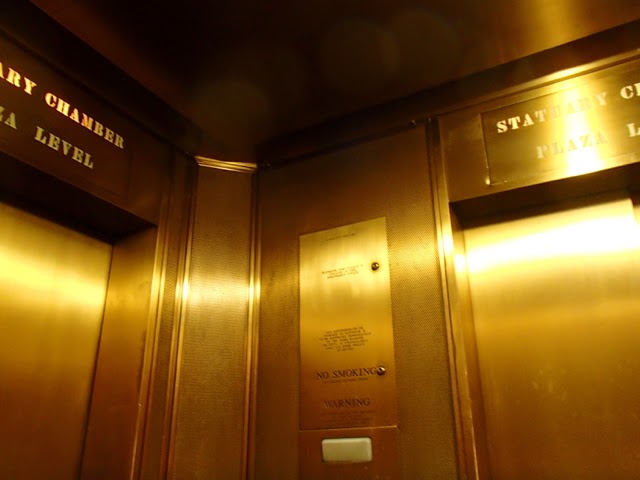 After experiencing the Union Station metro elevator, Mik has a greater appreciation for the one at the Lincoln Memorial. Yes, it still seems odd to have the doors on adjacent walls, but it is plenty big enough to maneuver in at least. 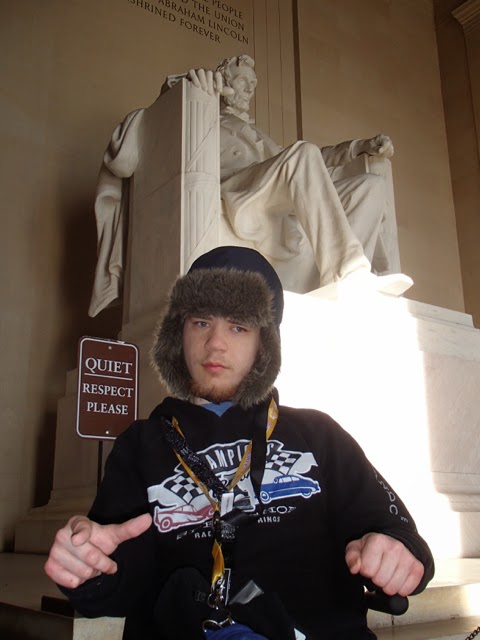 We didn't spend much time inside the Lincoln Memorial. Just enough to get the typical picture of Mik doing the A and L in sign language. 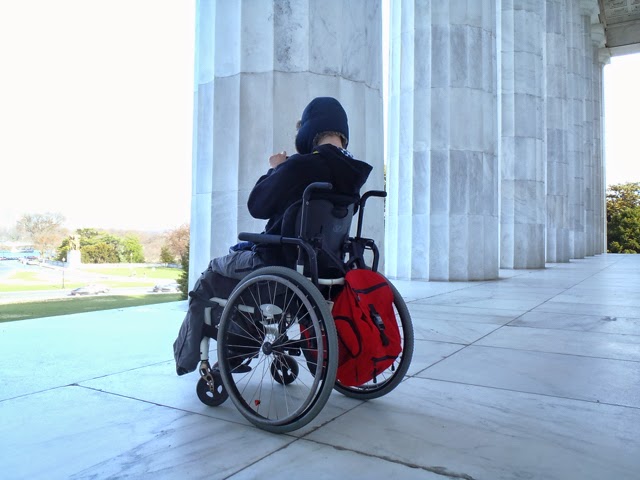 We did, however, spend at least 15 minutes on the backside of the memorial. How we have never done that before I don't know, but we decided to walk around the whole outside of the memorial up top (partly to waste time before bookstore opened to quickly get a stamp for our National Park passports). Mik really enjoyed playing around with the modes and taking pictures of the Potomac from there including the below watercolor mode one. 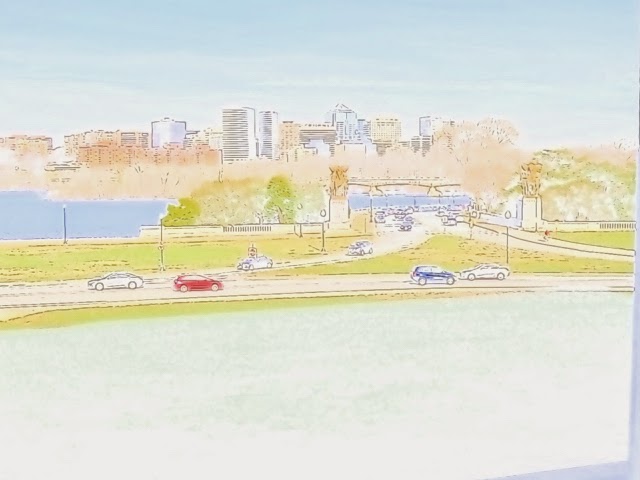