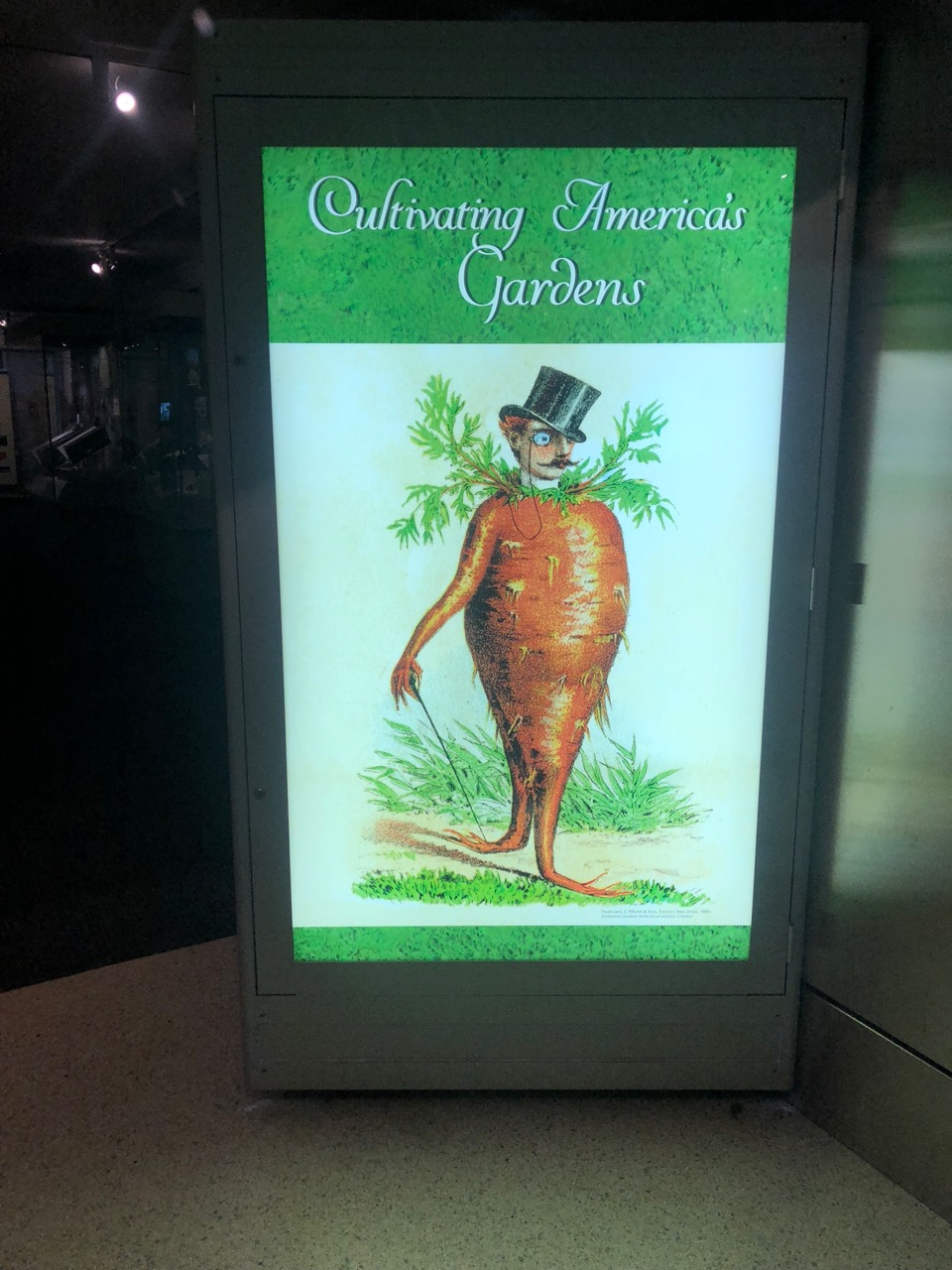 Since we had about half an hour before seeing America's Musical Journeys, we checked out the exhibits on the first floor, which includes several that are temporary exhibit spaces that had changed since our last visit. In particular, we enjoyed the "Cultivating America's Gardens" exhibit, which I had forgot all about wanting to check otu.

This exhibit is the current one in the Smithsonian Library Gallery, which has been my favorite temporary exhibit space since we saw the "Fantastic Worlds: Science and Fiction, 1780-1910" exhibit back in 2015. I just love how they use mainly books as the artifacts to give thematic history even when it's not really even so specifically about books like the science fiction one was.

Metro Accessibility Note: Closest metro station is Federal Triangle (Blue/Orange/Silver). Smithsonian (Blue/Orange/Silver) is often also recommended as nearby for this museum and if you take the escalator exit it probably is closer or same distance as Federal Triangle, but the elevator is several blocks further, so Federal Triangle is definitely closest if you are exiting Metro via elevator. We used to just use Archives (Yellow/Green) since it was a shorter train ride for us to take Yellow instead of Blue into D.C. and it's only a little more walking. Now that we live in the District, though, we just walk since it's free as well as usually faster.
Posted by wildcat1001 at 1:55 PM