National Gallery of Art - East Building: The Life of Animals in Japanese Art 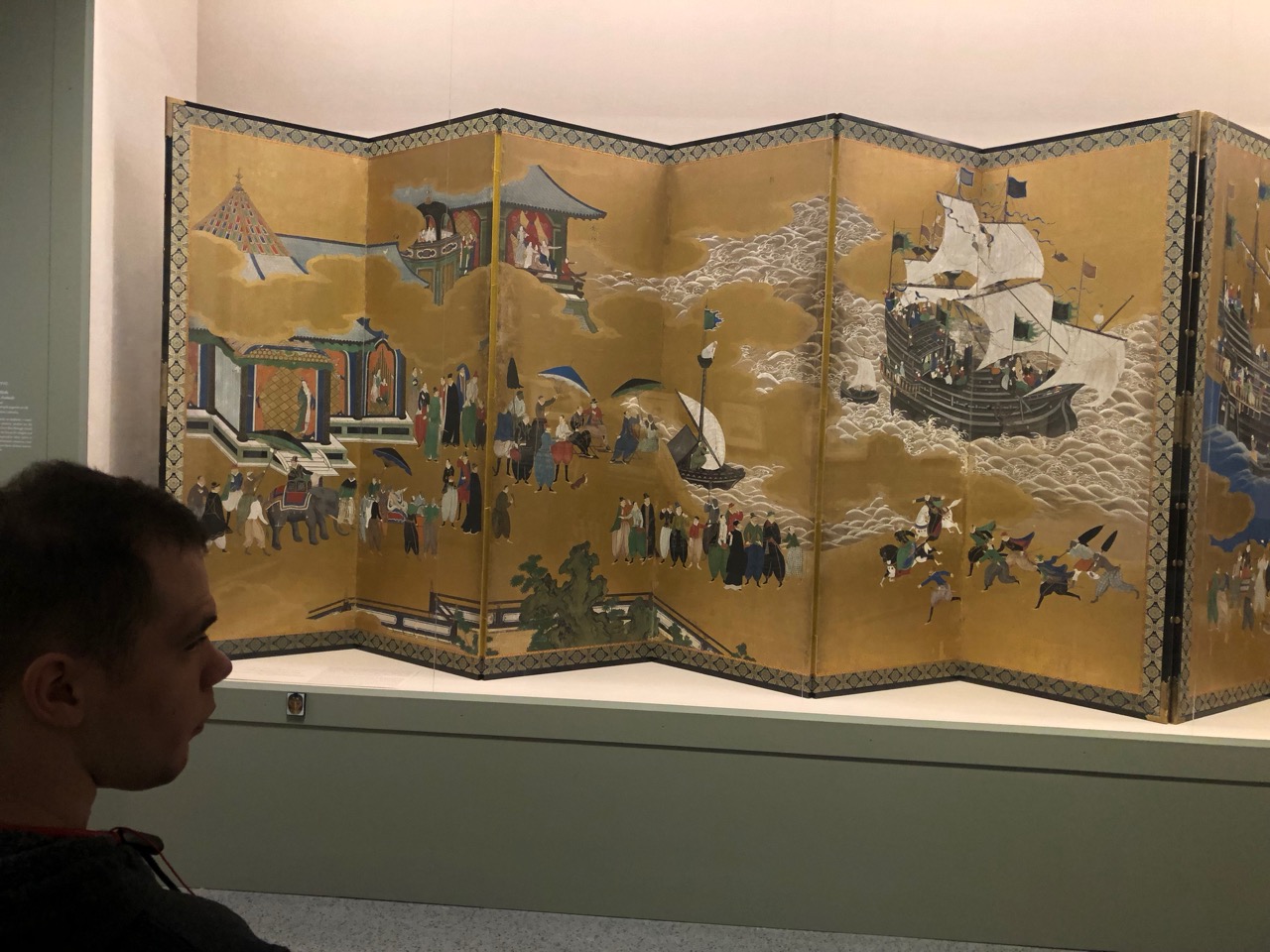 As it started to approach summer, we had decided to forget about trying to check out any new exhibits until it cools off again in the fall. However, Mik is very into Japanese anything, so when I found out about "The Life of Animals in Japanese Art" at the National Gallery of Art, he very much wanted to check it out. Since the exhibit is only open until August 18, we decided it was better to go this week while there was still some not too hot and humid weather days (oh, how we miss when you couldn't say it was hot if it wasn't at least 100). 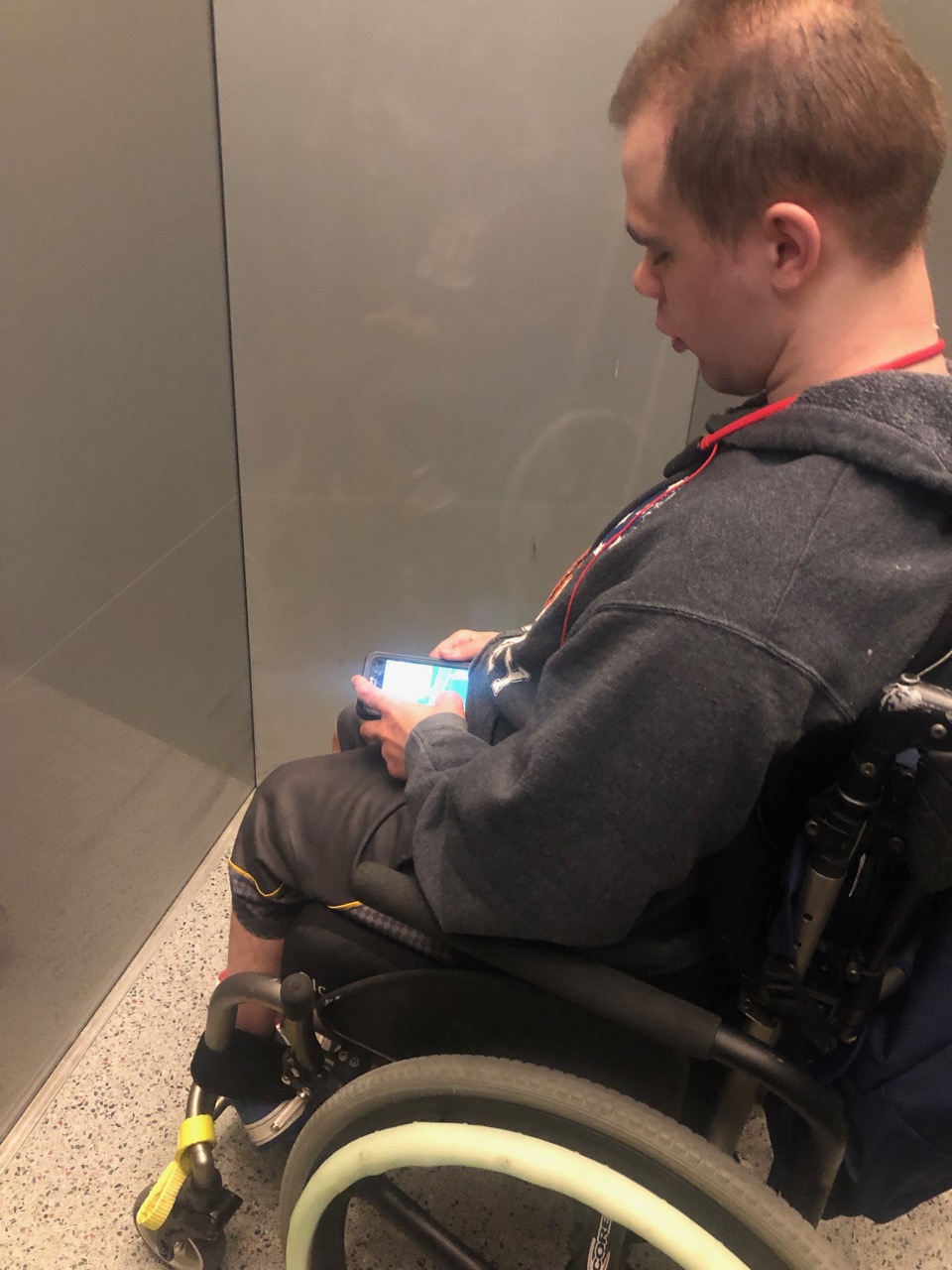 I originally meant to take the huge elevator down to the Concourse level to see the exhibit, but the way the security area was set up it looks it didn't appear to be accessible from the ground level. Thus, we ended up using the Tower 2 elevator from which you exit right into the middle of the exhibit. Turns out that have been the right elevator choice as the regular entrance from the concourse level has steps, so you have to use one of the two Tower 2 elevators to get into exhibit. We like the odd shape of the one form the lobby, but it is somewhat small and if you want more typical elevator, there is one to be found by going into the exhibit to the left. 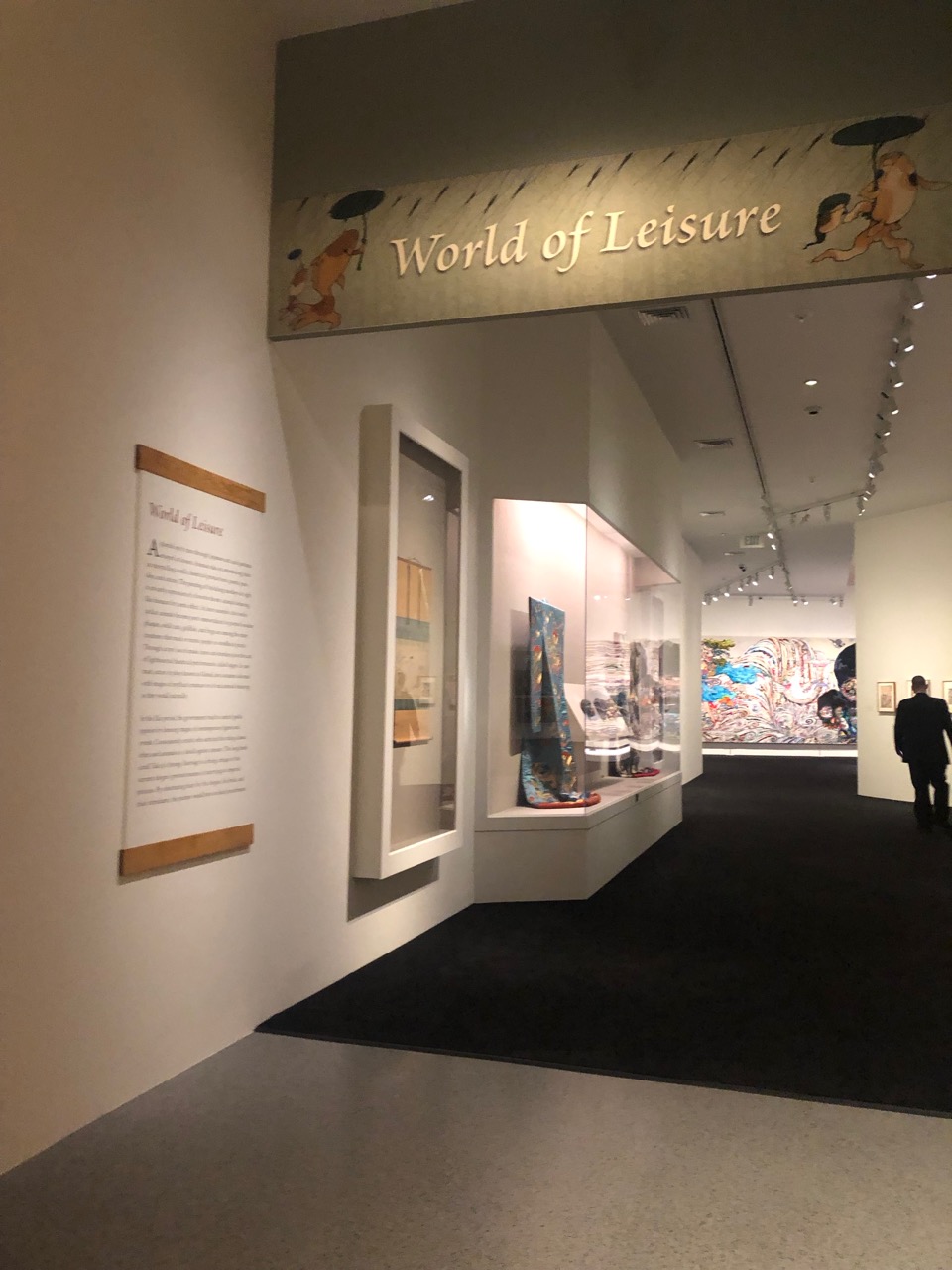 When we got off the elevator, we choose to go right. It was pretty clear that we were doing the exhibit backwards, but I thought it was just because we entered in the middle and it would have been somewhat backwards one way or the other. However, when we got back around, we discovered that if you left from the elevator and go into "World of Leisure," you are soon at the beginning of the exhibit and could do it more in order. It really didn't make much of a difference, but it was kind of amusing to go through an area almost entirely before figuring out what the area's theme was and sometimes that wasn't until we were exiting into the next area. 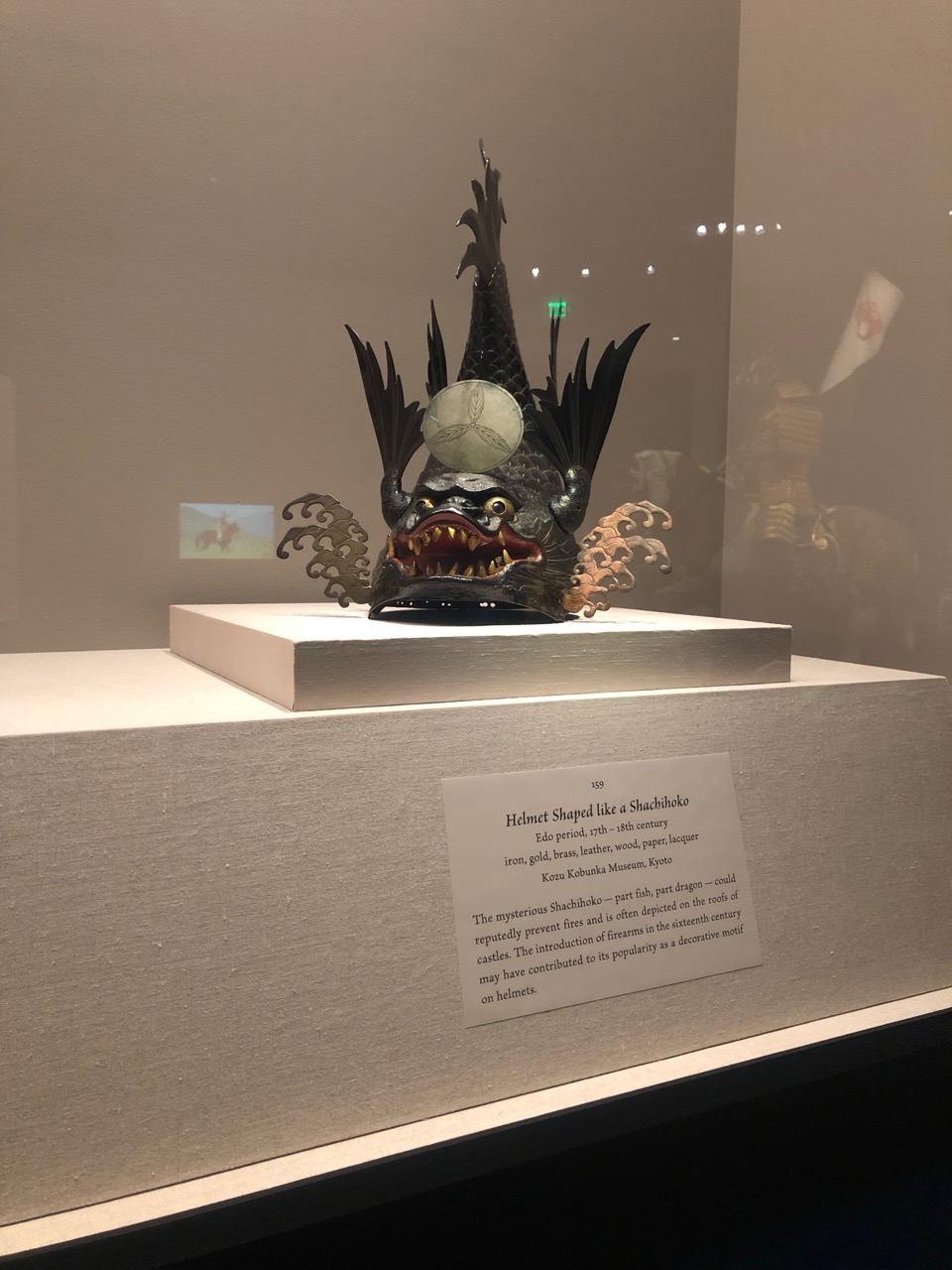 Overall we both enjoyed this exhibit. The different helmets were our favorite part. Mik also really liked what he called the big bowls (i.e. chargers) and the mini octopus. 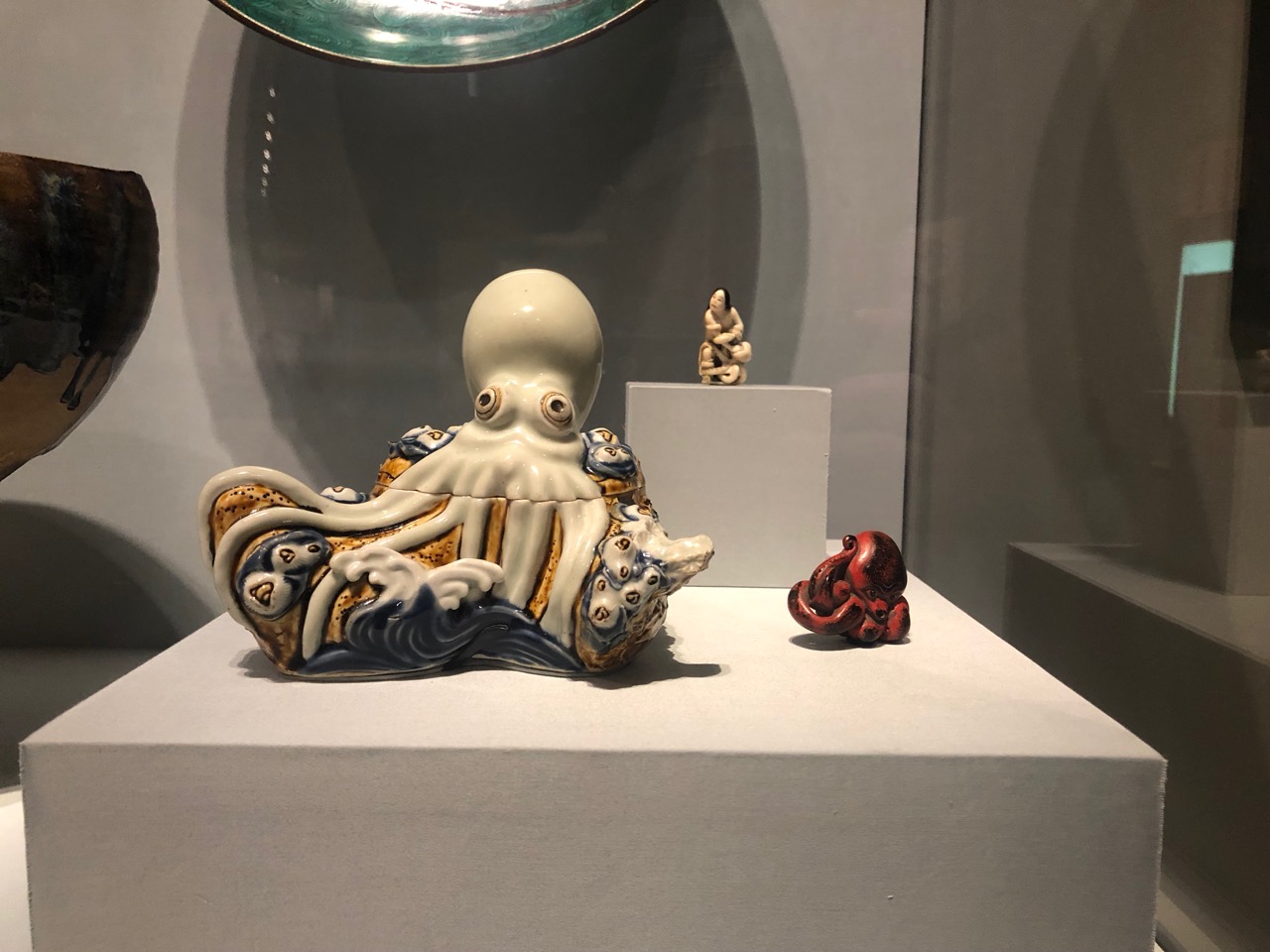