For us the Halloween Party was somewhat of a disappointment. It just seemed more crowded and hard to get between things compared to when we did the one in Disneyland. Of course, comparing anything at Disney World to Disneyland always ends with Disneyland winning in our opinion (we even once got into a debate with a cast member when checking in at Disney World that we were not at the Happiest Place on Earth like they said because that’s Disneyland). 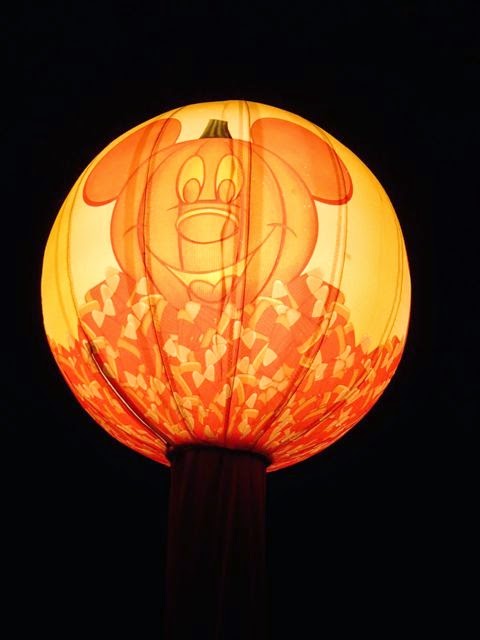 We did go to three trick-or-treat locations and accessibility wise they are fine, but other than the one at the Tomorrowland Terrace they were hard to find the end of the lines for because of general crowd for the parade or going to other attractions depending on the location. 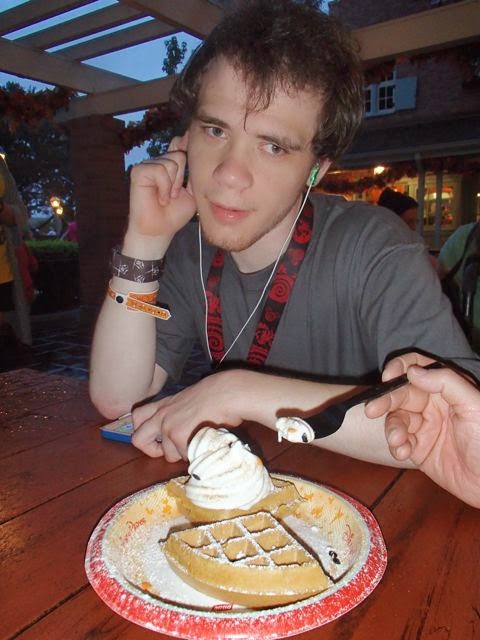 Mik thought it was all worth it for the Spiced Pumpkin Waffle Sundae at Sleepy Hollow, though, and I am happy to have picked up the Sorcerer of the Magic Kingdom card for my collection. However, because we were frustrated just by the crowds and trick-or-treating, we didn’t even end up staying for the parade. That is the one thing I would have liked to see, but I also didn’t want to sit and get a spot for at the beginning of the party like we did last year for the Christmas party because Mik would have ended up asleep before it started like he did that time. 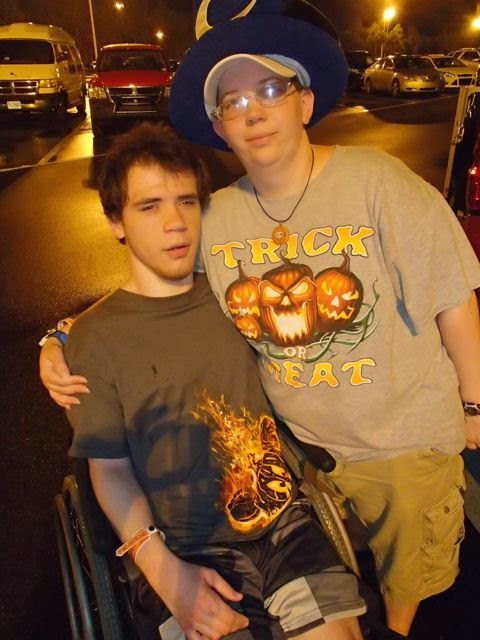 Overall we are glad we tried it out, but yeah Disneyland is better. I guess the biggest thing that makes Disneyland better is that the trick-or-treating is not as spread out because the whole park is more compact. However, I think there being no giant Mickey pumpkin on Main Street was the biggest disappointment, as we wanted a Halloween shirt picture in front to go with our Disneyland one. We did accidentally end up with a spooky one with Dad’s hand as a shadow, though.