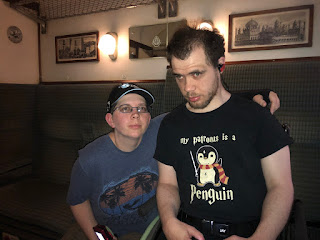 Riding the Hogwarts Express was the one Wizarding World experience we not only enjoyed, but found even better than we expected. Mik was slightly disappointed that the one elevator wasn't as he had hoped, though. 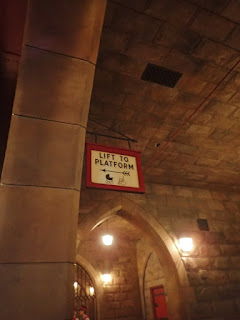 Finding the elevators lifts to the platform were easy. We especially enjoyed how well the stations were themed to the British settings. 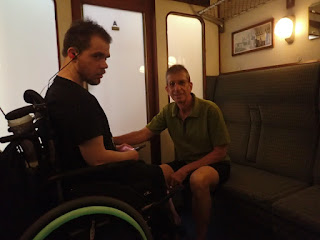 The accessibility of the train really surprised us as once you're in the compartment it doesn't seem any different than a regular. 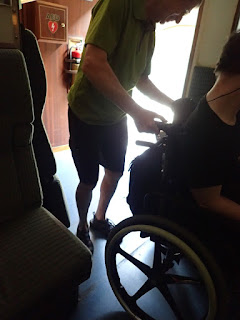 Getting in and out is quite different though as one half of the last compartment's bench opens backwards to allow you to roll in. 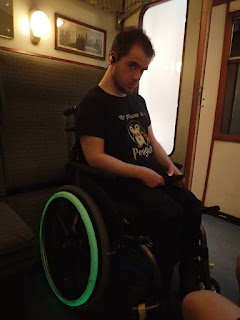 Then you hope they remember to let you back out when you get to the other side because you sure can't go out the side door. Actually, it was just kind of amusing when we got to King's Cross and the conductor had to go back to the front of the car to get they key to let Mik out as he definitely didn't forget we were there and, yet, arrived to let Mik out without the key. 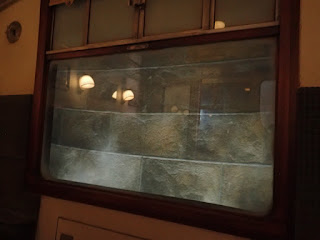 It's obvious the window is really just a digital screen, but it is still fun that it really represents the journey including starting with the wall of the station. 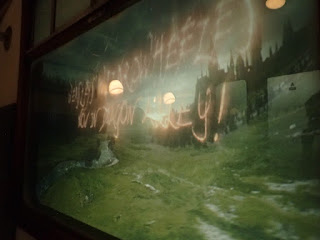 It was fun to see the various things happen including going through Forbidden Forest with centaurs waving and the Weasley twins making an ad for their shop in Diagon Alley. 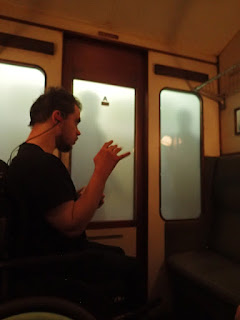 The corridor side also adds to the experience and surprised Mik when "passengers" came by. 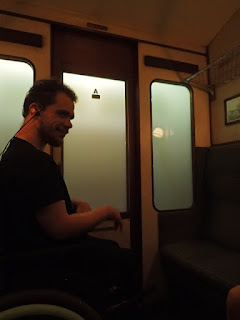 He loved it, though! 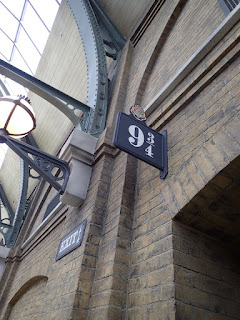 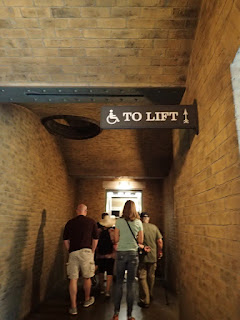 Again finding the lift was easy. Getting on it when at destination not so much as the whole train is unloading at once rather than people more staggered timing getting in line to get on the train. We had to wait a few loads to get on as it is also used by strollers, but that just meant more time to enjoy the station. 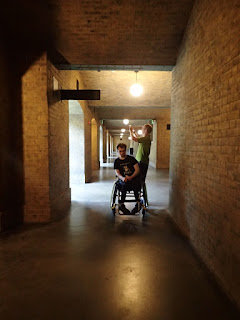 Or for Dad to take photos and then get yelled at that he still wasn't ready when it was our turn for the lift... 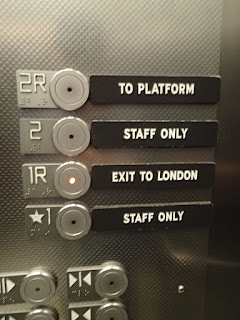 The lift at King's Cross ended up being the one part that didn't meet expectations because of the buttons. Mik had really wanted it to say "To Platfrom 9 3/4 "and not just platform, but it is still good that it says "Exit to London." 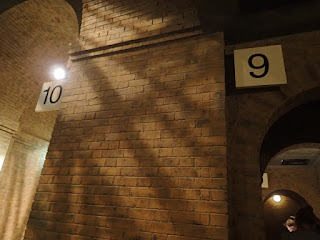 I can't remember if this part where you go "between" Platforms 9 and 10 was before or after the lift when we took the train back to Hogsmeade. I think it was after the lift and thus the lift would part of the muggle world of King's Cross so "To Platform," fits, but then it should actually say, "To Platforms." 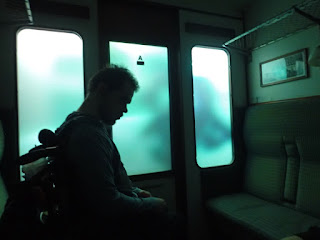 On the way back to Hogsmeade, we experienced dementors boarding the train and a patronus. 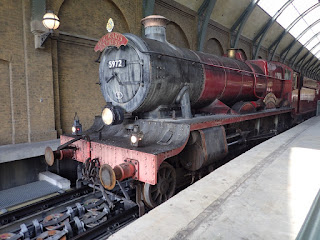 Overall the Hogwarts Express was a fun experience. We were glad we had gotten the tip early in the day to ride it both directions as it was definitely worthwhile and I somewhat wish we had rode it even more.