We ended up staying here as a way to use Dad's RCI points, which always are a pain to figure out how to use and even this use we weren't so sure was going to end up working. One problem was that the minimum stay for most of the Orlando area places was too long for this trip, but the bigger issue was that you can't book and know you're getting an accessible room. As we weren't really staying at the place long, this wasn't an absolute must except the two options we had to book didn't have elevators and all they allowed was calling two weeks after booking to put in a request for wheelchair accessible that wasn't actually a guarantee.

In the end, it worked out fine as the first floor request was honored and appeared to actually be handled as a guarantee. However, we found out that requesting a wheelchair accessible unit just means they put you on the first floor and not the ADA unit, which they only have one. Turned out that room had been assigned to a reservation that didn't need it and they actually did move reservations around and we did get it (and cleaning fee waived as it took so long to check in because of this), but would have preferred if they could just guarantee it when you book and not just get lucky we asked the right question when checking in and it happening to not actually be assigned by someone who needed it, especially as I could see that easily turning in to having kicked someone wrongly out of it. 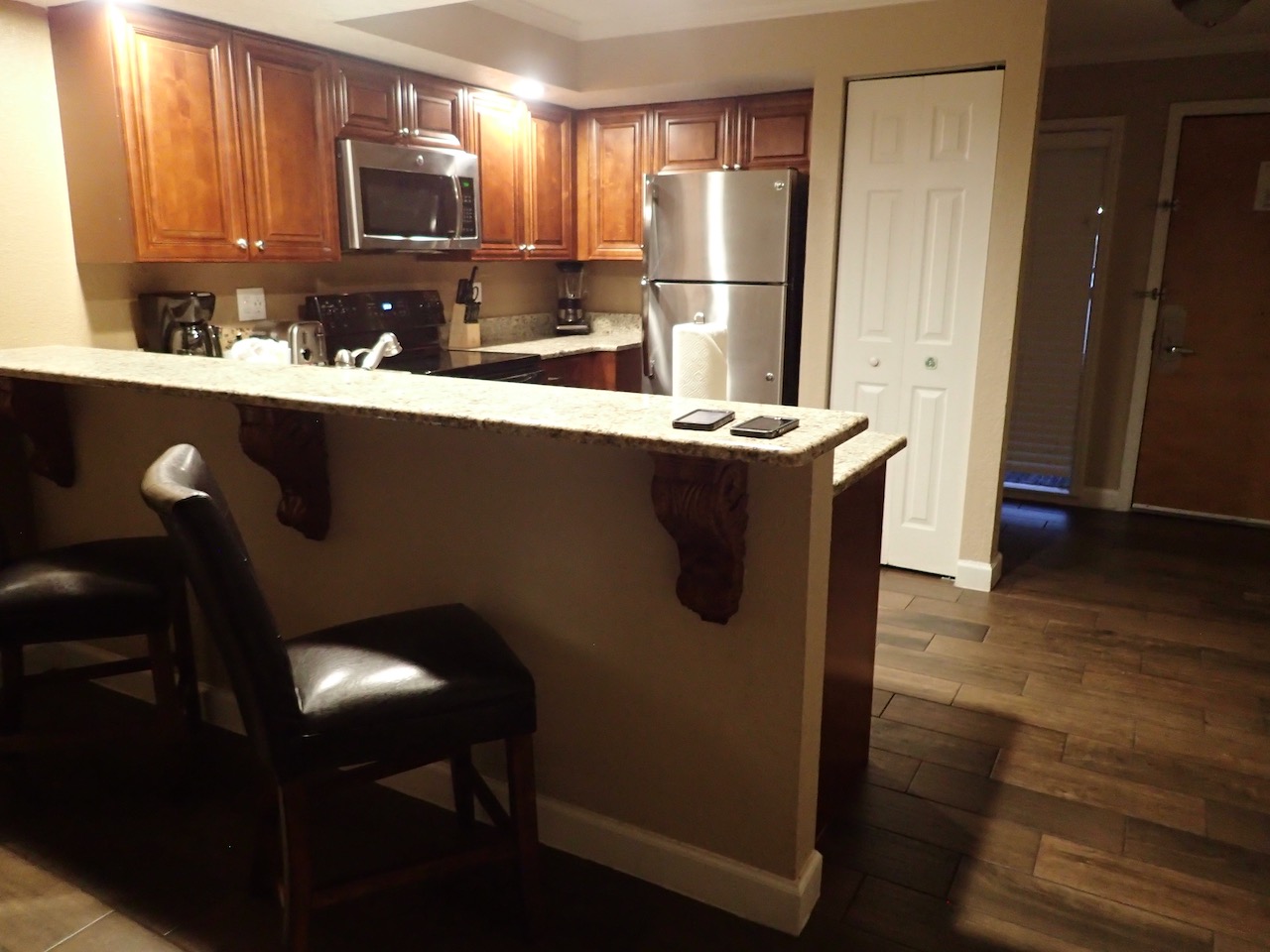 The kitchen had an open layout. 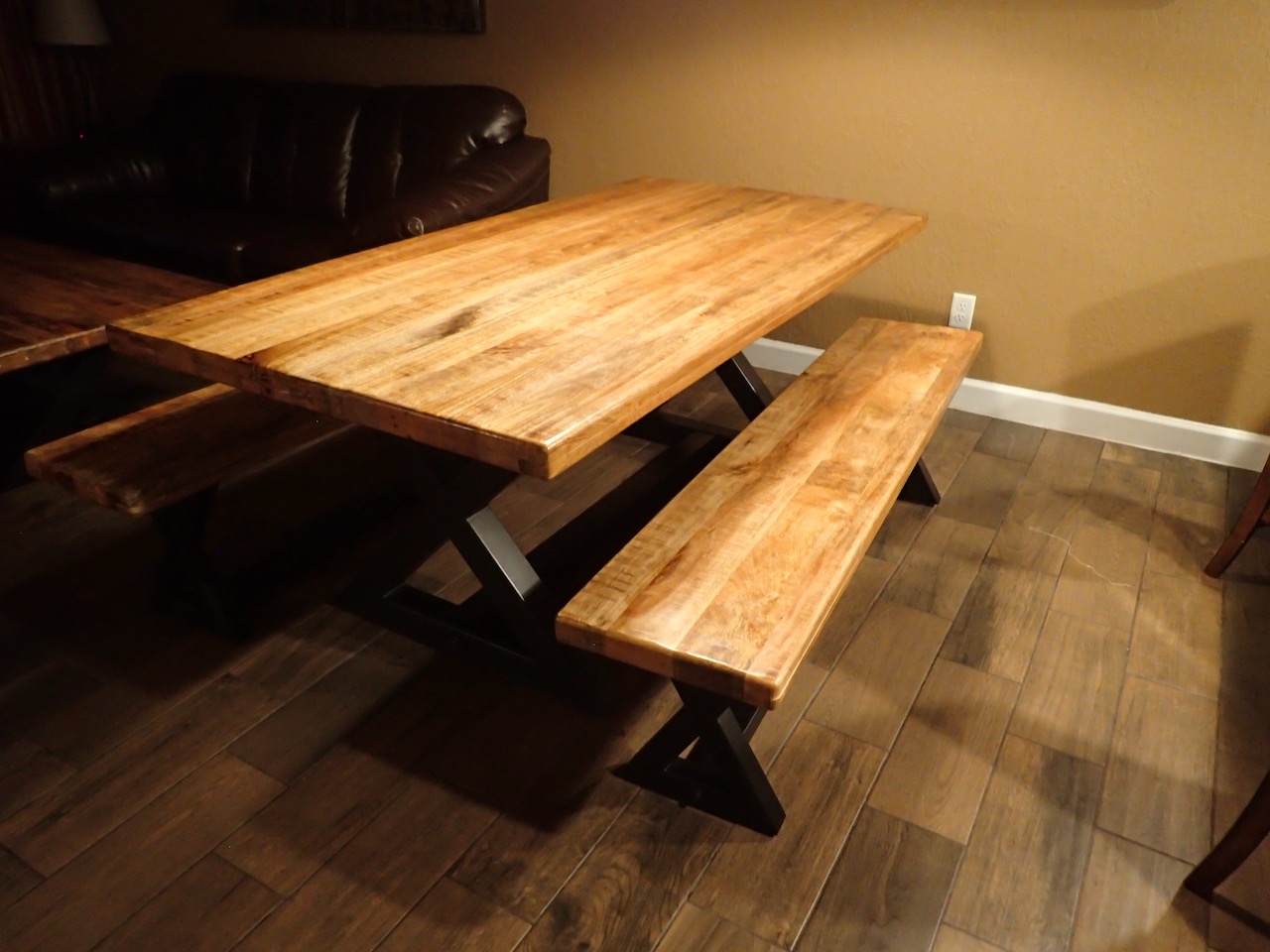 The table was a bench style. I think it worked with Mik's chair at the end, but we didn't really have the need to use it with him. 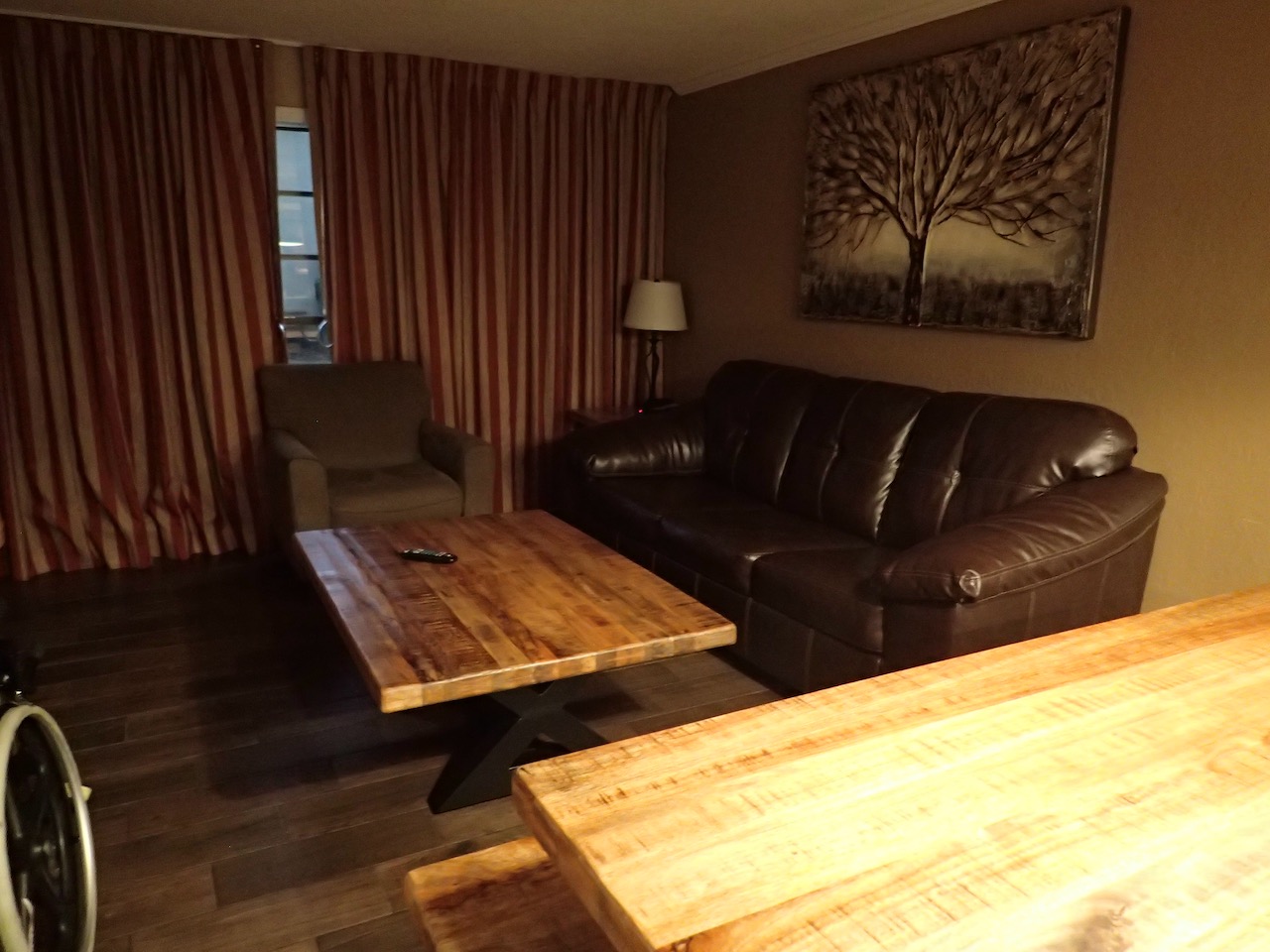 Mik enjoyed the living room area and the hardwood throughout. For us, it worked, but really wonder how it would work if you actually needed to fold out the couch as there really isn't that much extra space for that table to go. Overall the living room area isn't really accessible with the amount of space the furniture takes up. 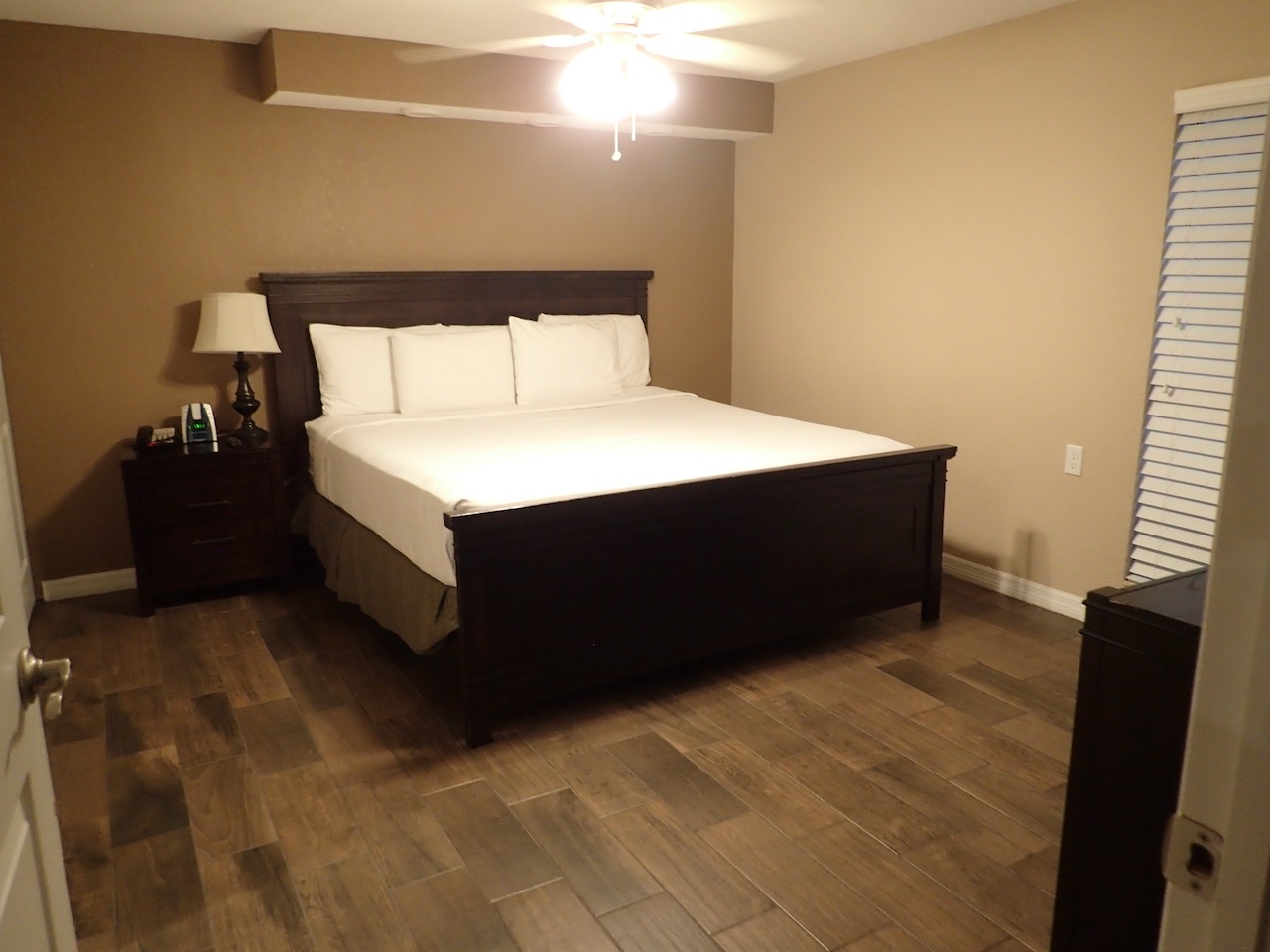 The bedroom had a good amount of space, though. 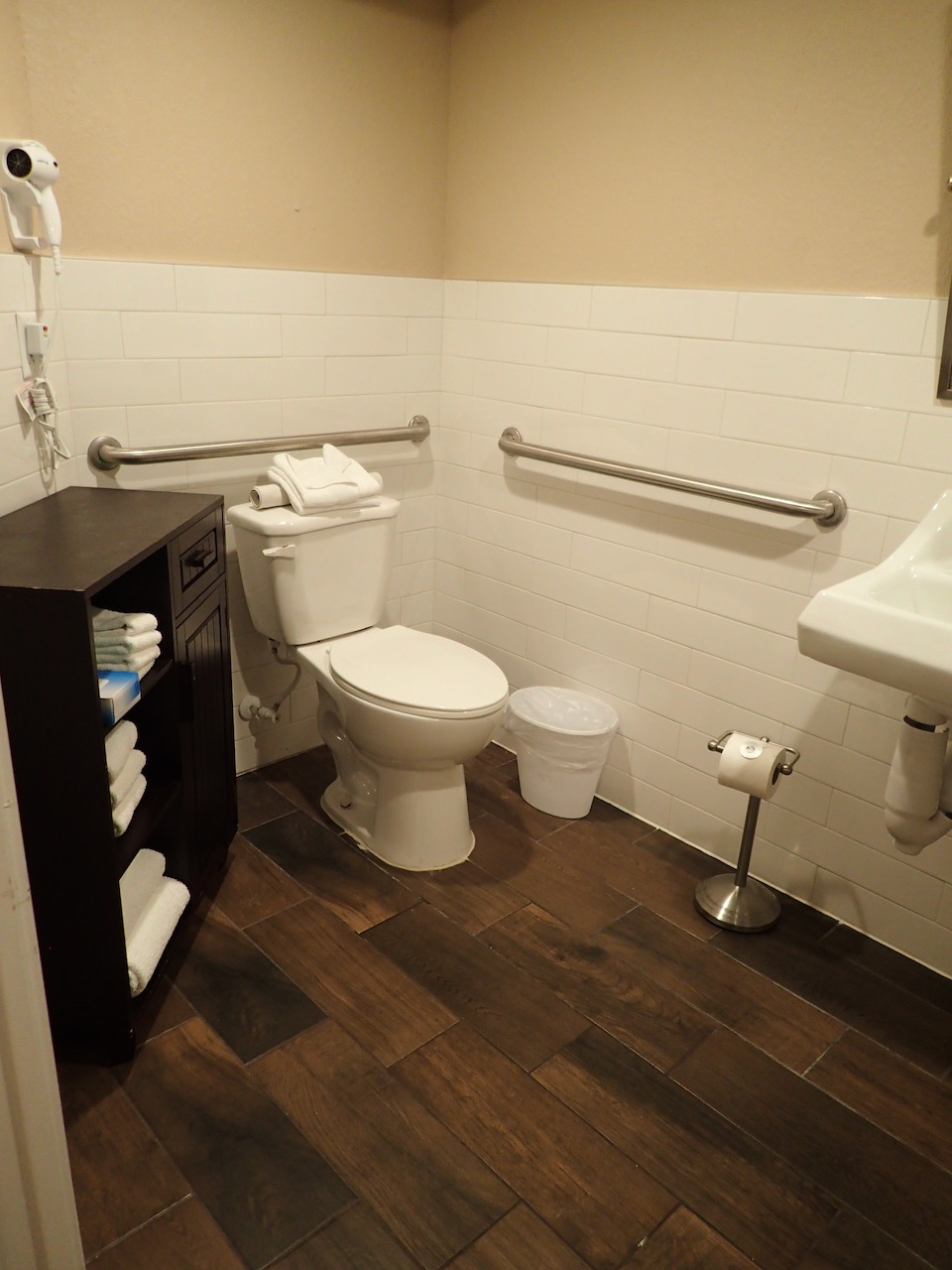 The bathroom worked for us, though it wouldn't really be what I'd expect to qualify as ADA. The cabinet could be moved if needed, which may allow enough room for a wheelchair to roll up next to toilet for transferring. The toilet paper roll being a moveable thing on the floor ended up quite annoying. 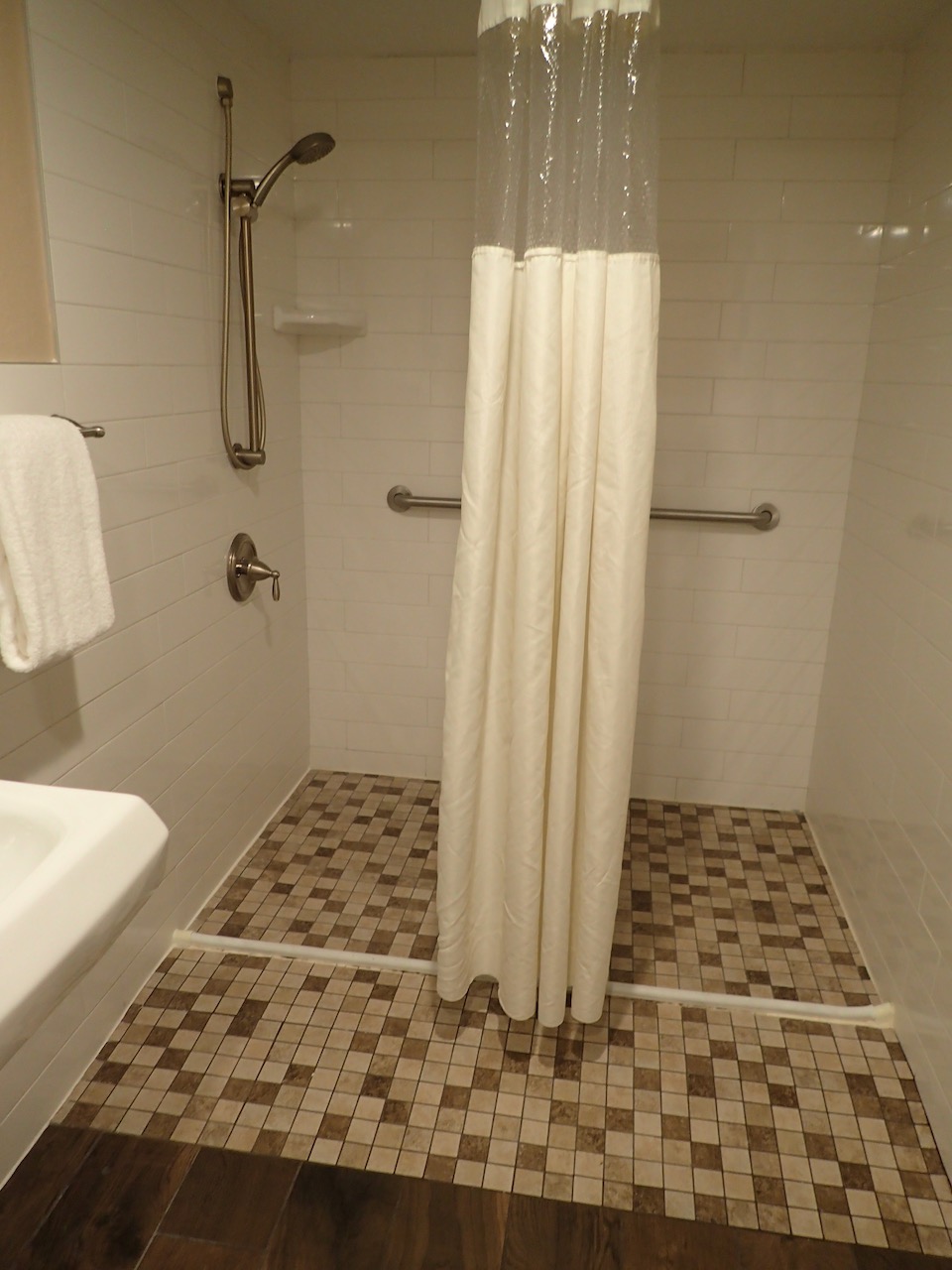 I liked the size of the roll in shower, though as often happens it does flood the bathroom. There also wasn't any seat, although that isn't an issue for us as Mik prefers to sit on the floor anyways. It is also awkward that the shelf in the shower is up quite high.

Overall it was a good place to stay a few nights while we went to Universal Studios before our week at Walt Disney World. Just not sure it's worth the risk of booking something like this again when it's not that hard or expensive to get a guaranteed accessible room at a hotel instead.