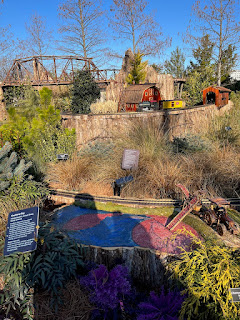 We really enjoyed the trains remained outside. However, it was more of a compact design and seemed to have less trains or at least they were mostly longer loops so it was awhile between seeing a train in each area. The main disappointment, though, is that it was the same farming theme as last year with nothing new for the theming and actually seemed to be less. 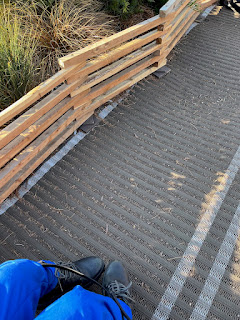 We also didn't like that the path around the trains was all off the regular paths. While they did have a mat path that made it easy to roll on, the mat did not fix the issue of it not being level, so I had to be careful where we stopped because Mik felt like he would tip over sideways at parts. 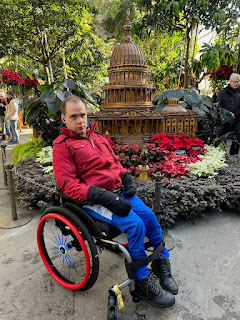 We really enjoyed the DC landmark buildings being back inside in the Conservatory. Made it much easier to see them than the windows last year. 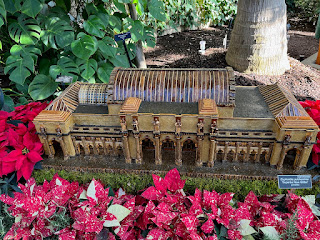 Mik's favorite was Union Station, which we're not sure if we've seen before or not. 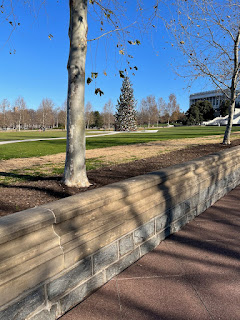 Before heading back to the hotel, we attempted to check out the Capitol Christmas tree as Dad told us they had finally fixed the issue of not being able to roll up to it by adding a path. However, we were unable to get on to the path because the barricades weren't open wide enough for the wheelchair. 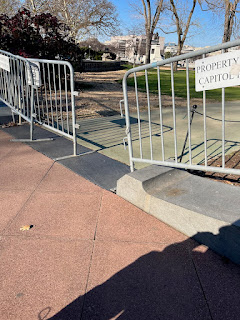