Winter Wonderland at the Beach 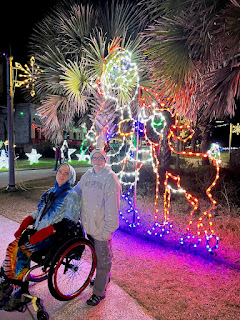 The last couple years I have made a list of Christmas things to check out in Myrtle Beach, but we never got around to doing any except only Mom, Dad, and I did the drive through lights a few years ago. This year with the timing of our annual DC trip being the week before Christmas, I did not think we'd do anything either, but Dad ended up coming down early enough when he came to drive us up to DC that we had time to check out Winter Wonderland at the Beach. 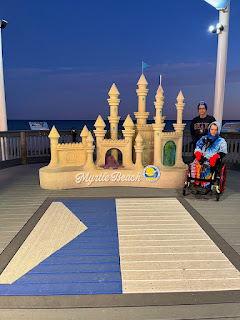 Mik enjoyed the boardwalk not just for the Christmas lights, but also because he had not really been down to the beach since we moved here almost three years ago. 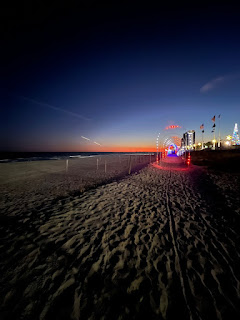 Most of the lights are up on the boardwalk, but there is an arched pathway on the beach that while there are ramps down to the beach aren't really accessible due to the sand. 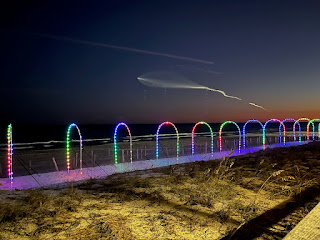 Our timing ended up perfect for an extra bonus of watching a Space X launch. 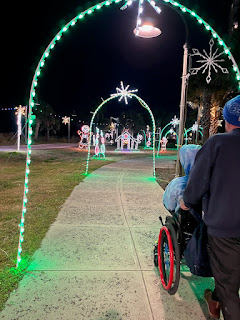 The gingerbread area was one of my favorites. 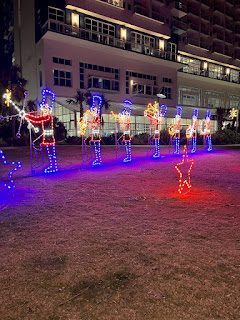 The marching band was also good or at least it was on our way back when it was all on as the first time past it was only half on as were several things as it seemed several parts did not initially come on with most of the display. 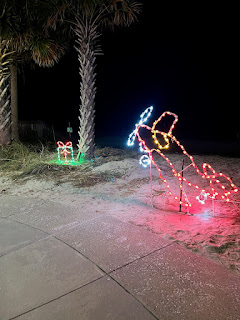 Overall it was a nice walk to see some Christmas lights. Mik found it a little too long, but only because it was one of the colder nights and his feet got cold, which we probably could've prevented if I hadn't already packed his boots for DC. 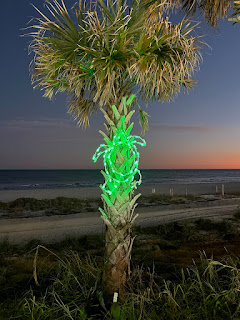 Winter Wonderland at the Beach
Myrtle Beach Boardwalk
Myrtle Beach, SC
Posted by wildcat1001 at 8:56 AM