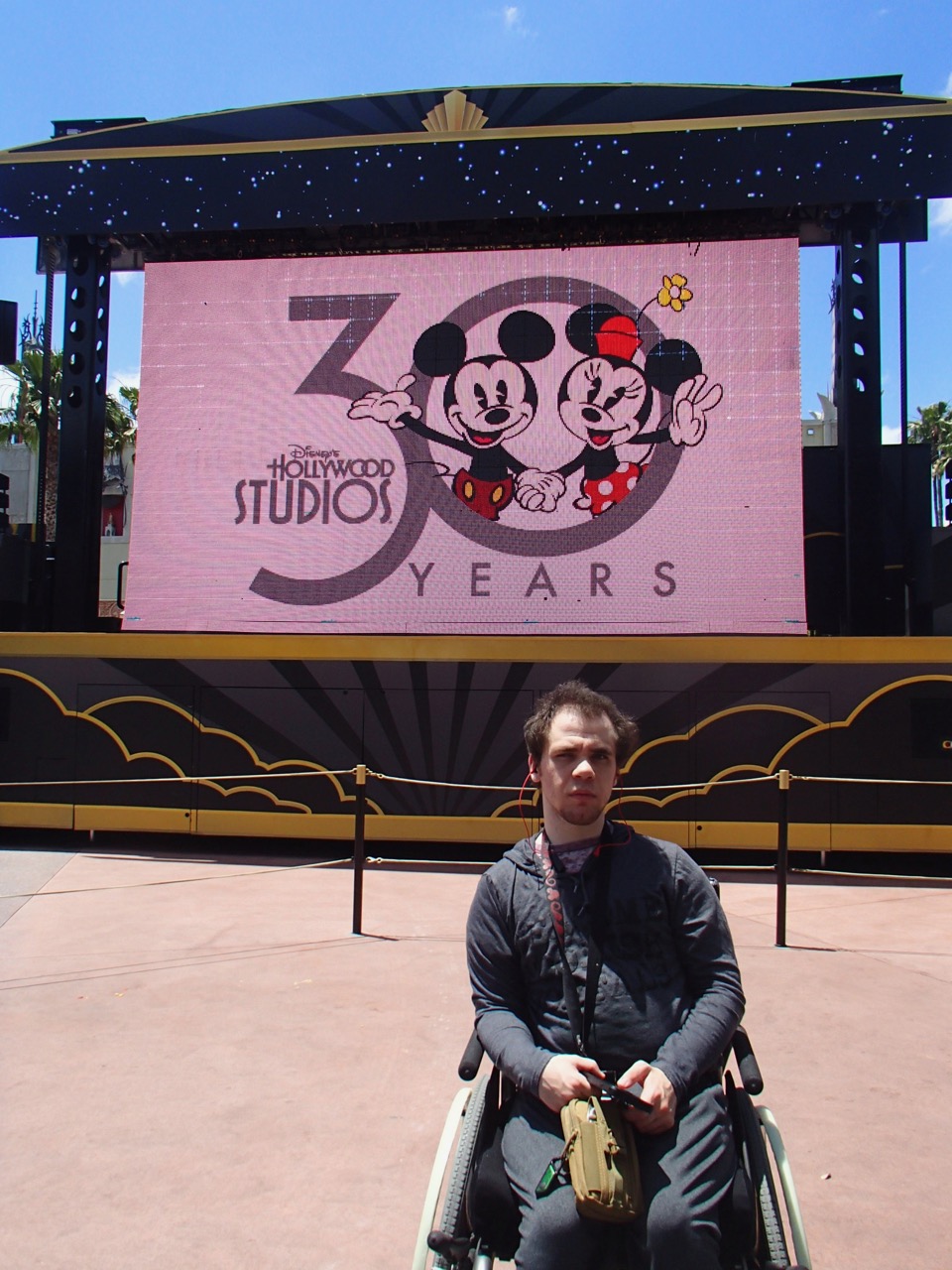 I did want to visit Disney's Hollywood Studios on the 30th anniversary, but I originally thought it would be October 1 like Magic Kingdom and Epcot and was going to do a birthday trip with Mom and Mik. By the time I realized it was actually May 1, we had already booked our 2019 just Mik and I trip to do the Epcot Flower & Garden Festival and arrived on May 1 and it was too late to make changes to arrive April 30. In the end, though, arriving at the park around noon still worked out great and I even had time to bring Mik back to the room and go back for my 5pm fastpass for the Aliens that he let me book instead of Toy Story Mania for once because he sometimes doesn't want to go to the parks our first day as he's tired from the flight and sitting on the plane. 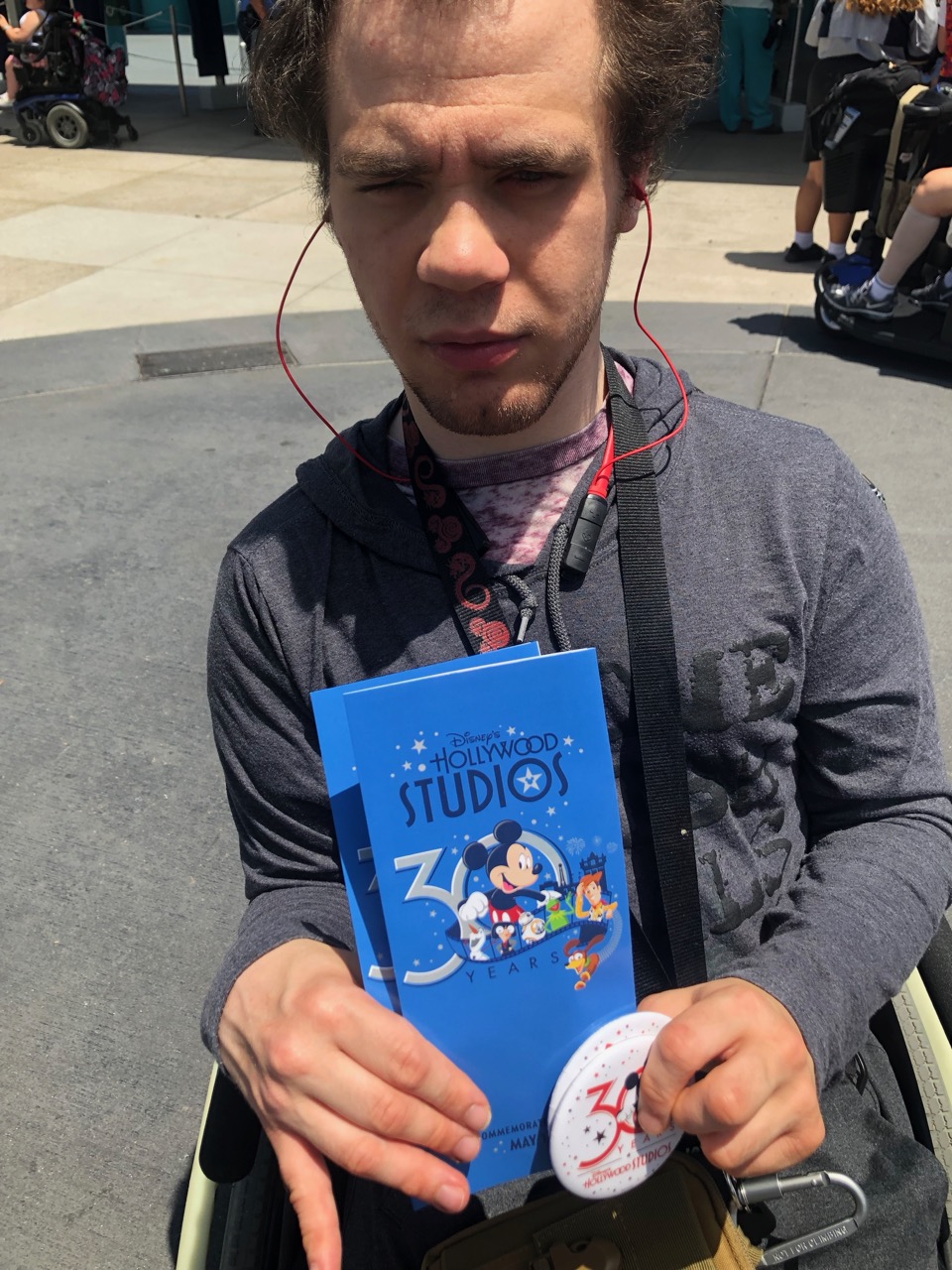 We were happy to get the 30th anniversary button when we went in the park (I also ended up with an extra when I came back later, but they seemed to be done with them when I was leaving the park around 6). They also handed out posters when you left the park, which are nice, but not sure if they will survive the trip home, although our Mary Poppins ones from Destination D did okay by rolling them around a Pringles can and as usual we did bring one of those as a snack so they might. 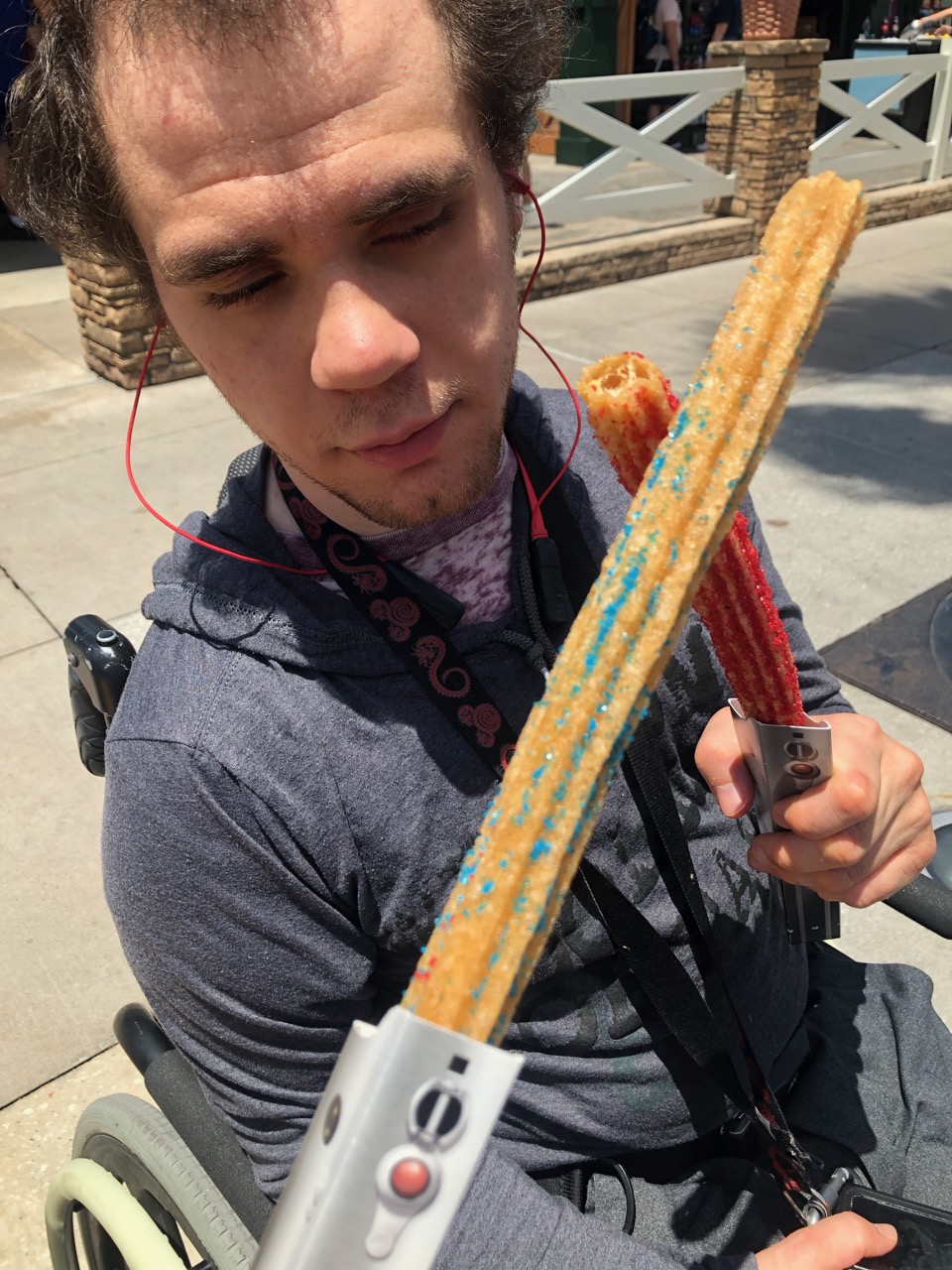 Mik's number one priority for the 30th anniversary was the special food. In particular, we both wanted to get the lightsaber churros. 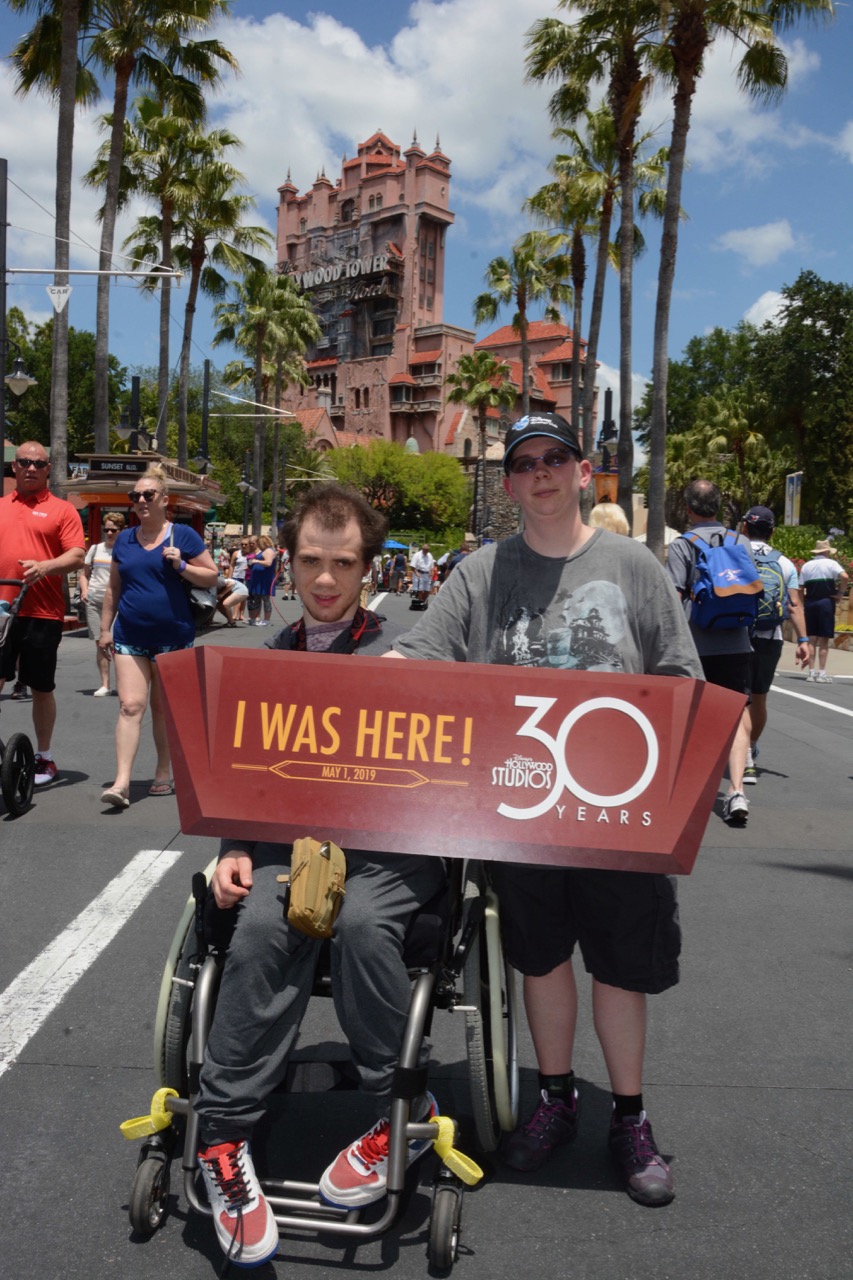 We also had fun going to a couple of the special photo ops with props for the 30th. Mik was kind of done for the day by then and also still needed to get some new sunglasses, so not the best photos, but he did at least try for me and they didn't all end up horrible. 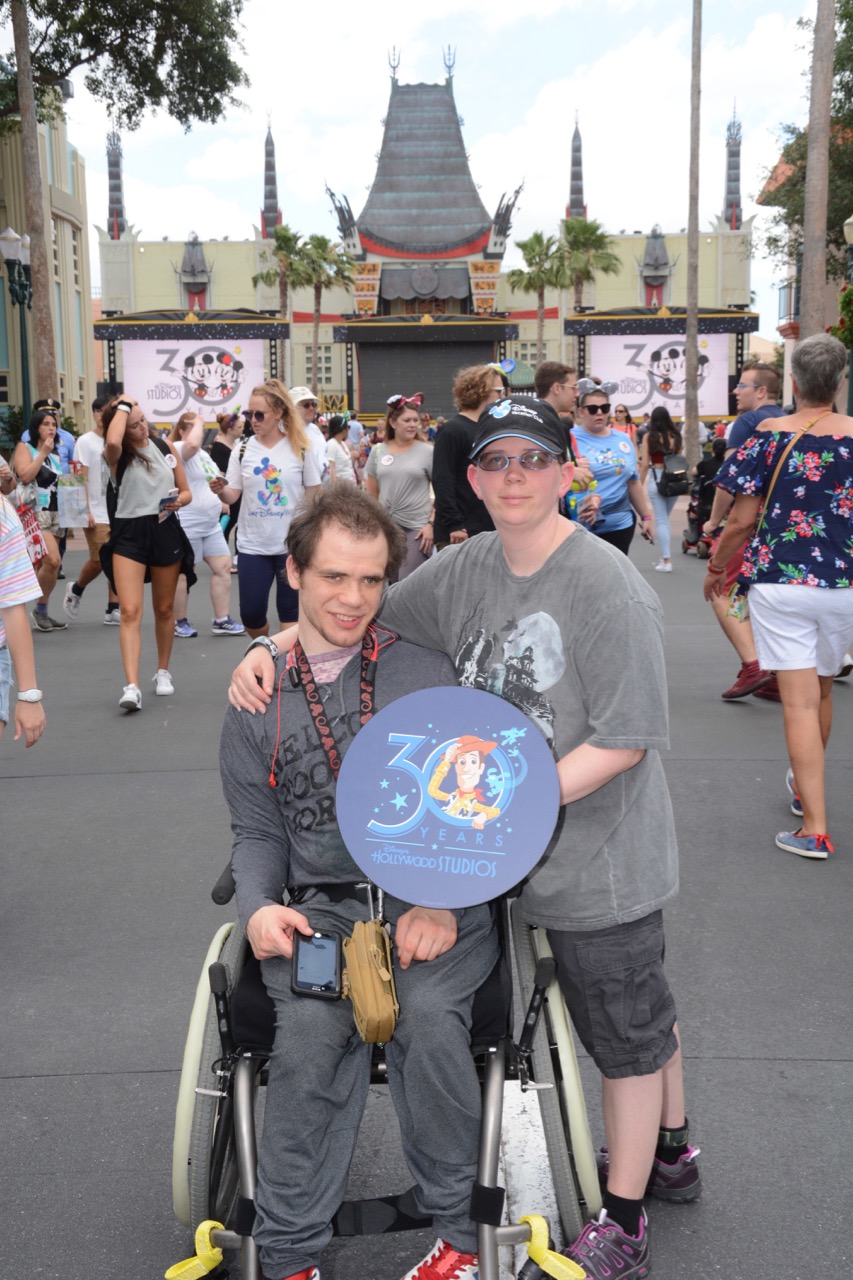