2020 Epcot International Festival of the Arts 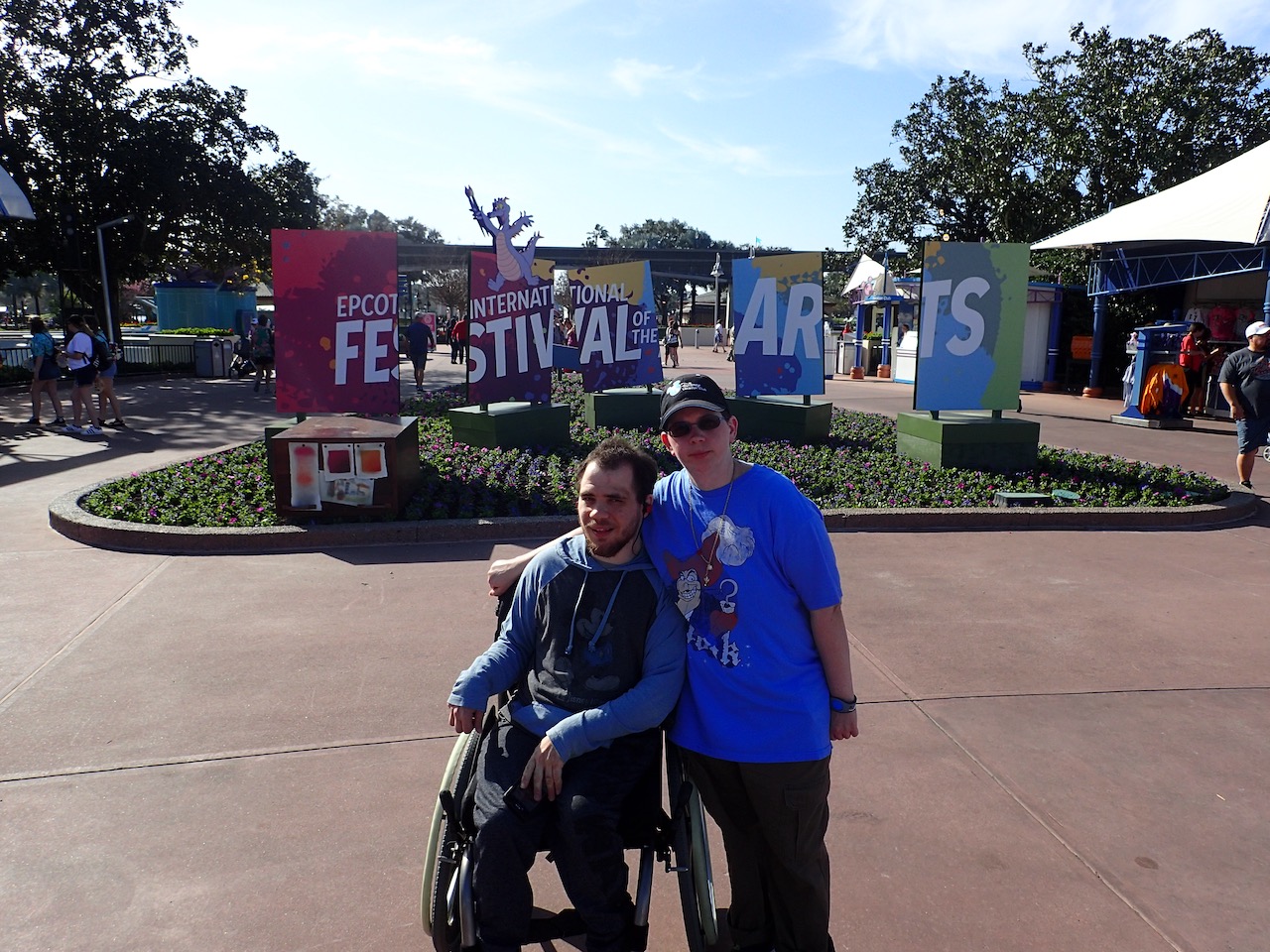 The Epcot International Festival of the Arts has become probably our favorite festival, although  the only reason we like it slightly more than the Flower and Garden is that we have managed to attend most years by lucking out that it ends up at least partially during our annual family trip. This year we only managed to catch the first day of the festival as our last park day of our trip. 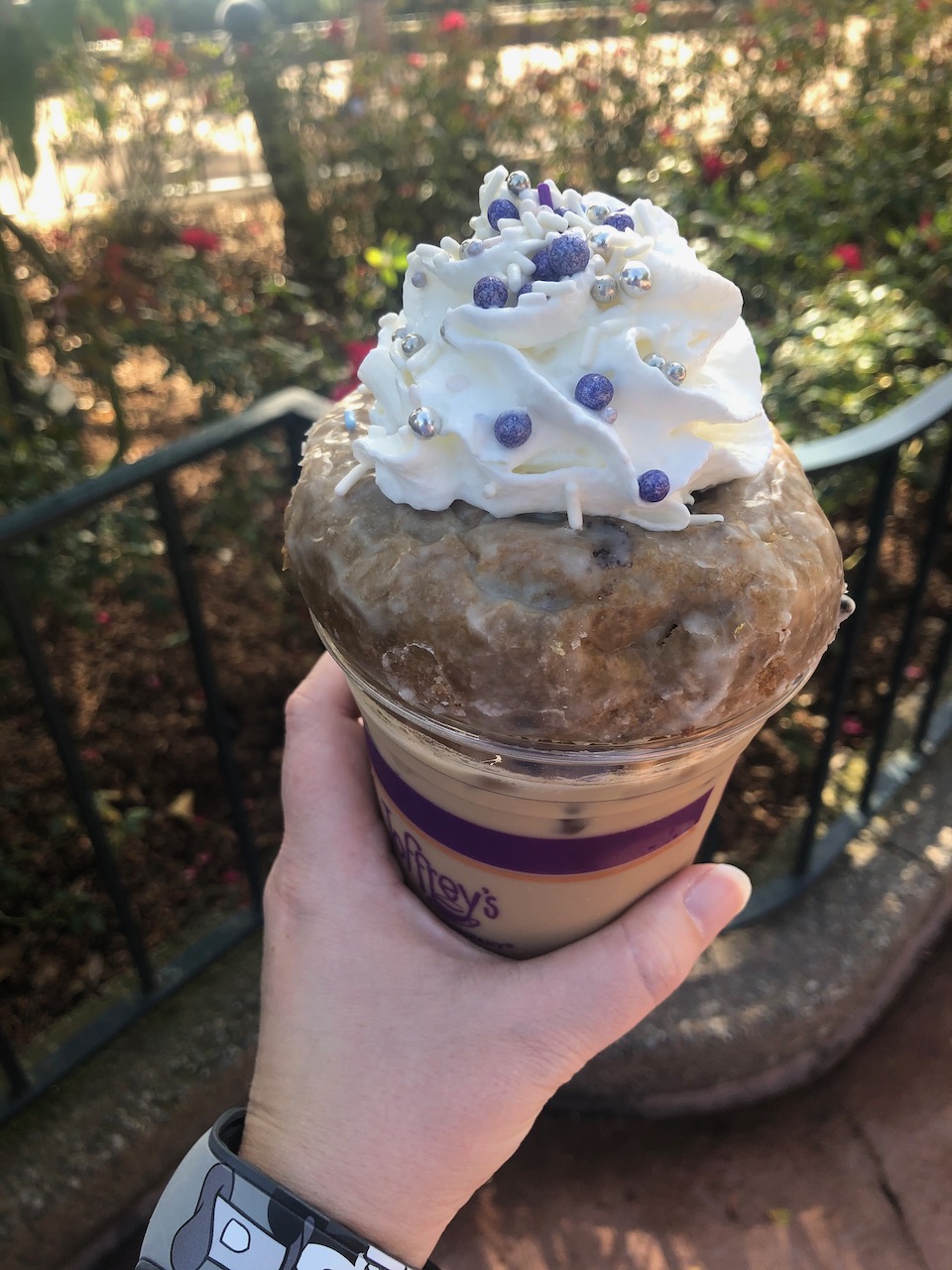 We started our trip through the festival with a stop at Joffrey's near Canada as it was open before the rest of World Showcase and I wanted to end up trying all the Latte and Donut pairings. In the end, this one (Impression Pairing - Blackberry Iced Latte with Blueberry donut) was my favorite mainly because of the donut. 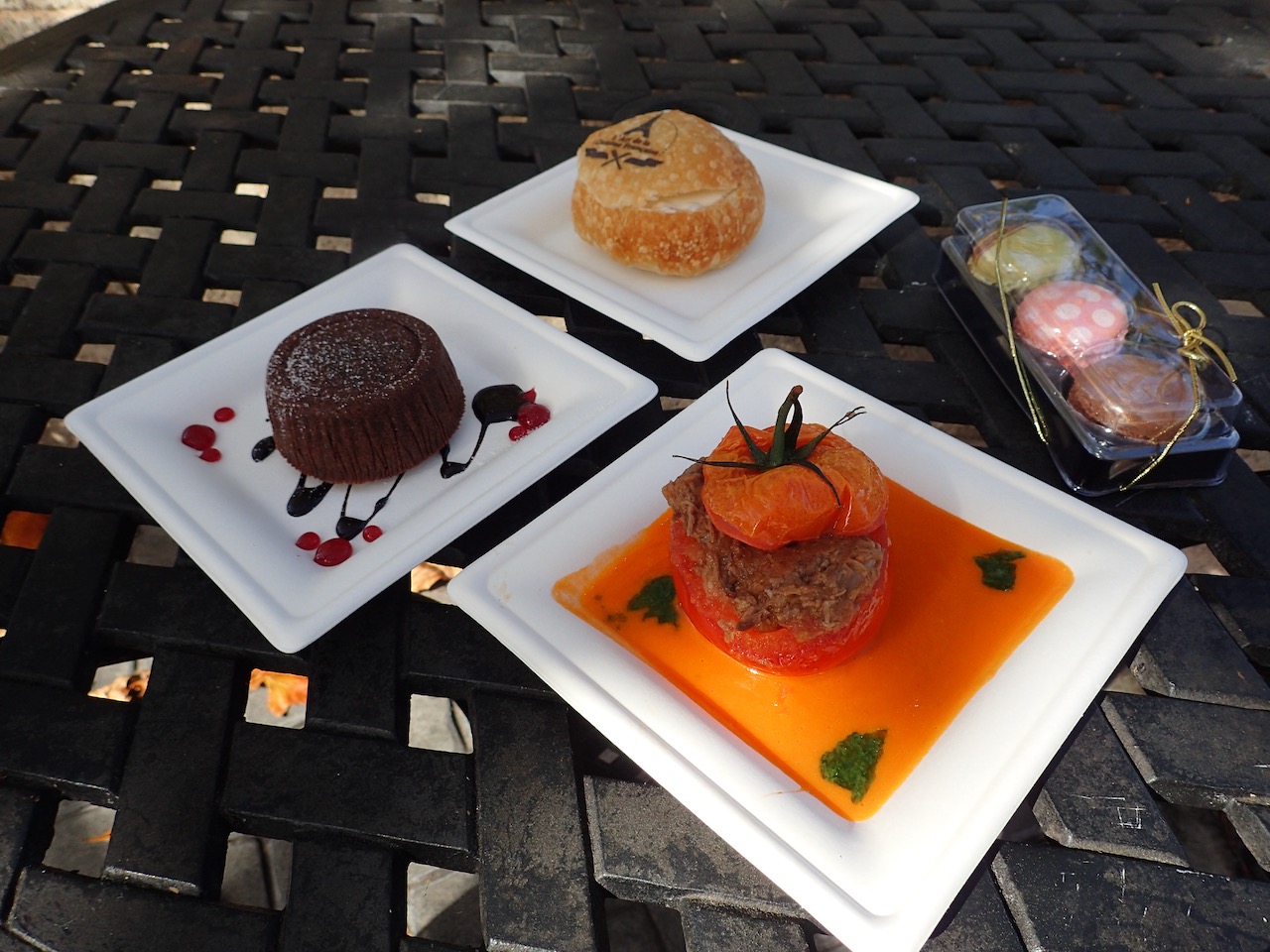 In order to get as much in as possible, we were in line for the France booth when it opened at 11am. The Creme de Brie en Petit Pain ended up being our favorite. Mik also enjoyed the Tomato stuffed with ribs and we shared the molten chocolate cake. The macarons were a good snack for later that we picked up for others in our group, especially considering in the evening when we came back to Epcot for dinner we discovered many booths ran out of things by 6pm. 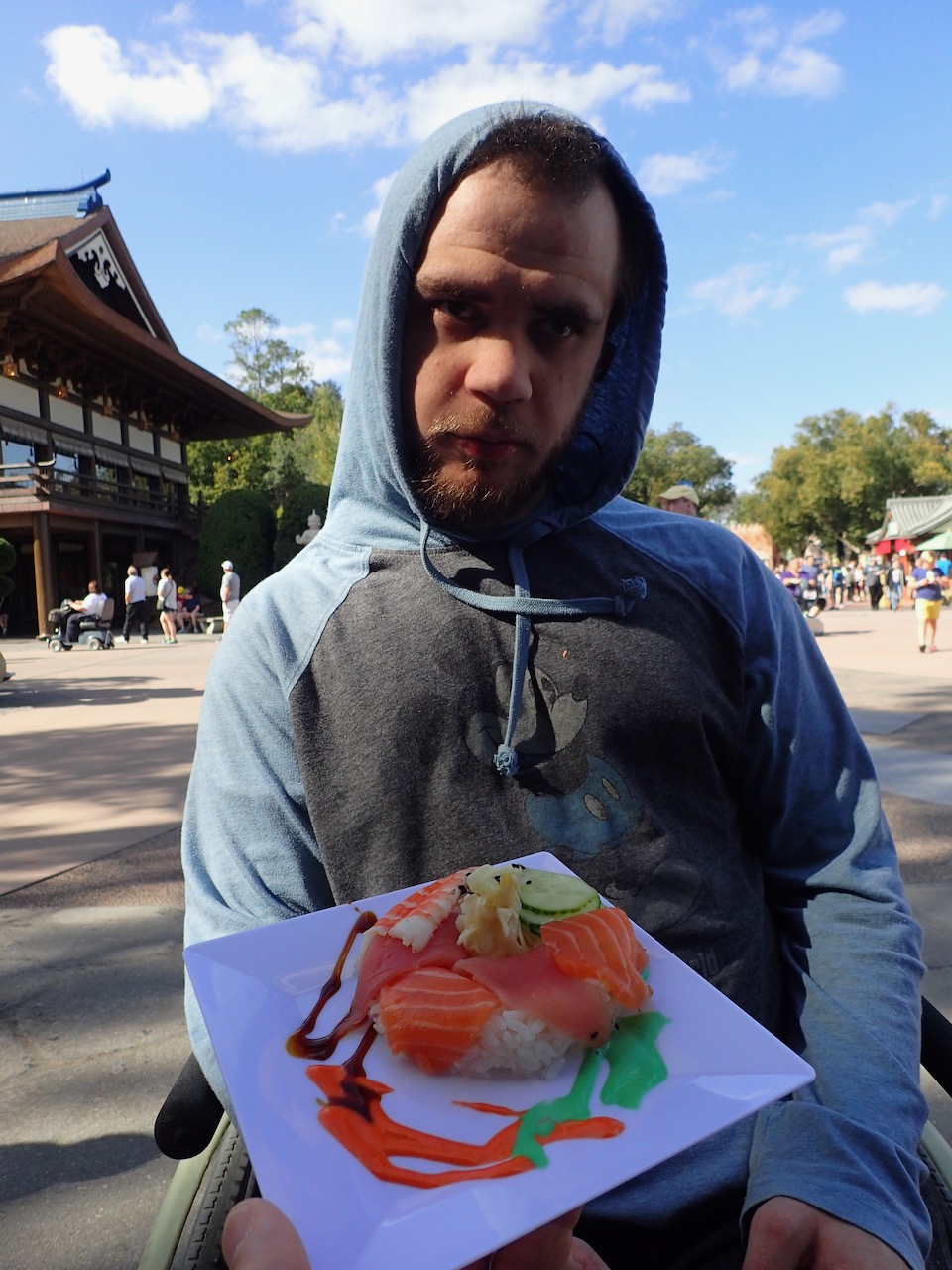 Next Mik had the Sushi Donut in Japan. He enjoyed it, but didn't feel like it was anything special other than the presentation, which actually made it harder for him to eat than normal sushi. 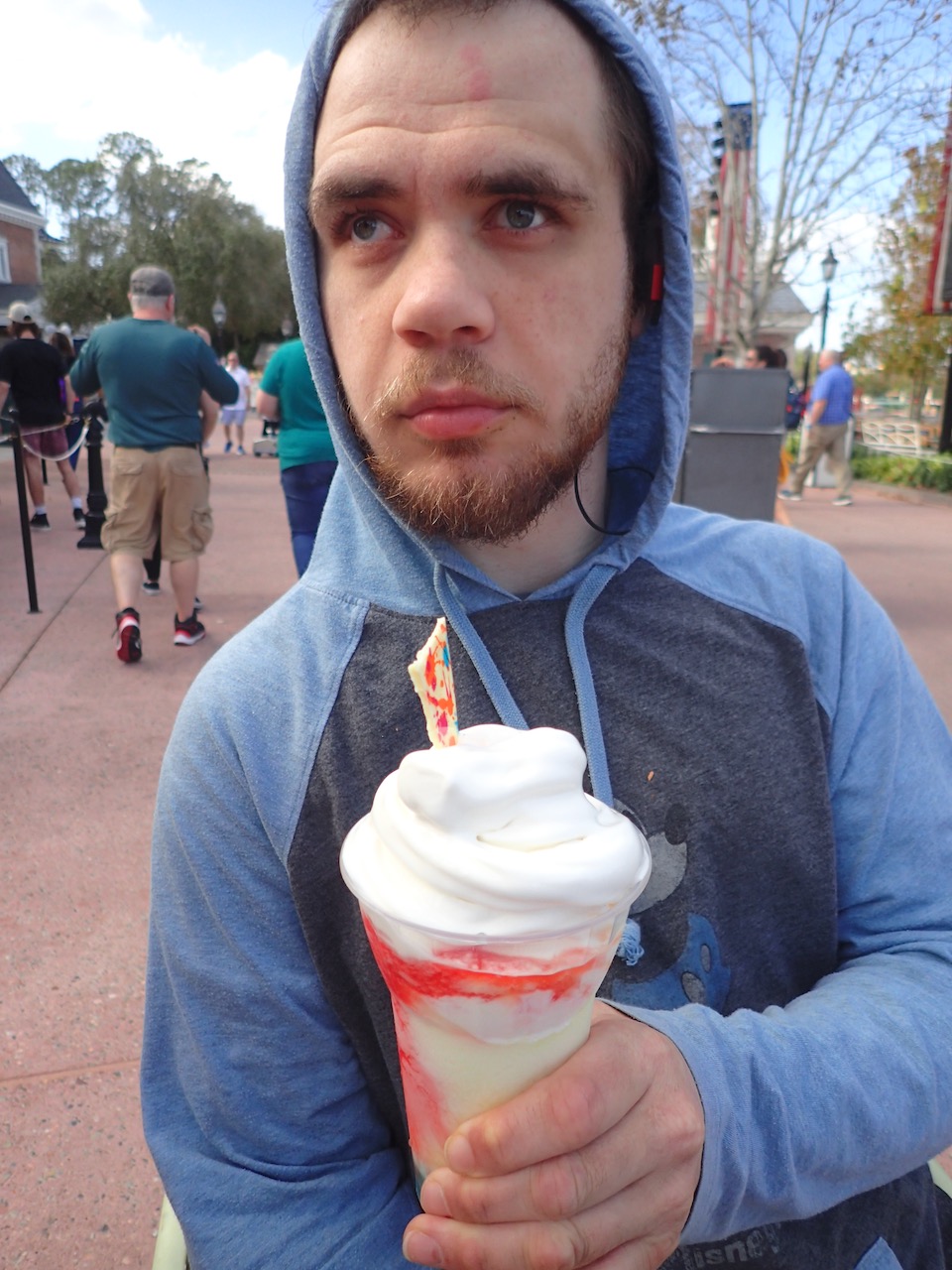 Mik enjoyed the Musical Float from the Fife & Drum Tavern in The American Adventure Pavilion. 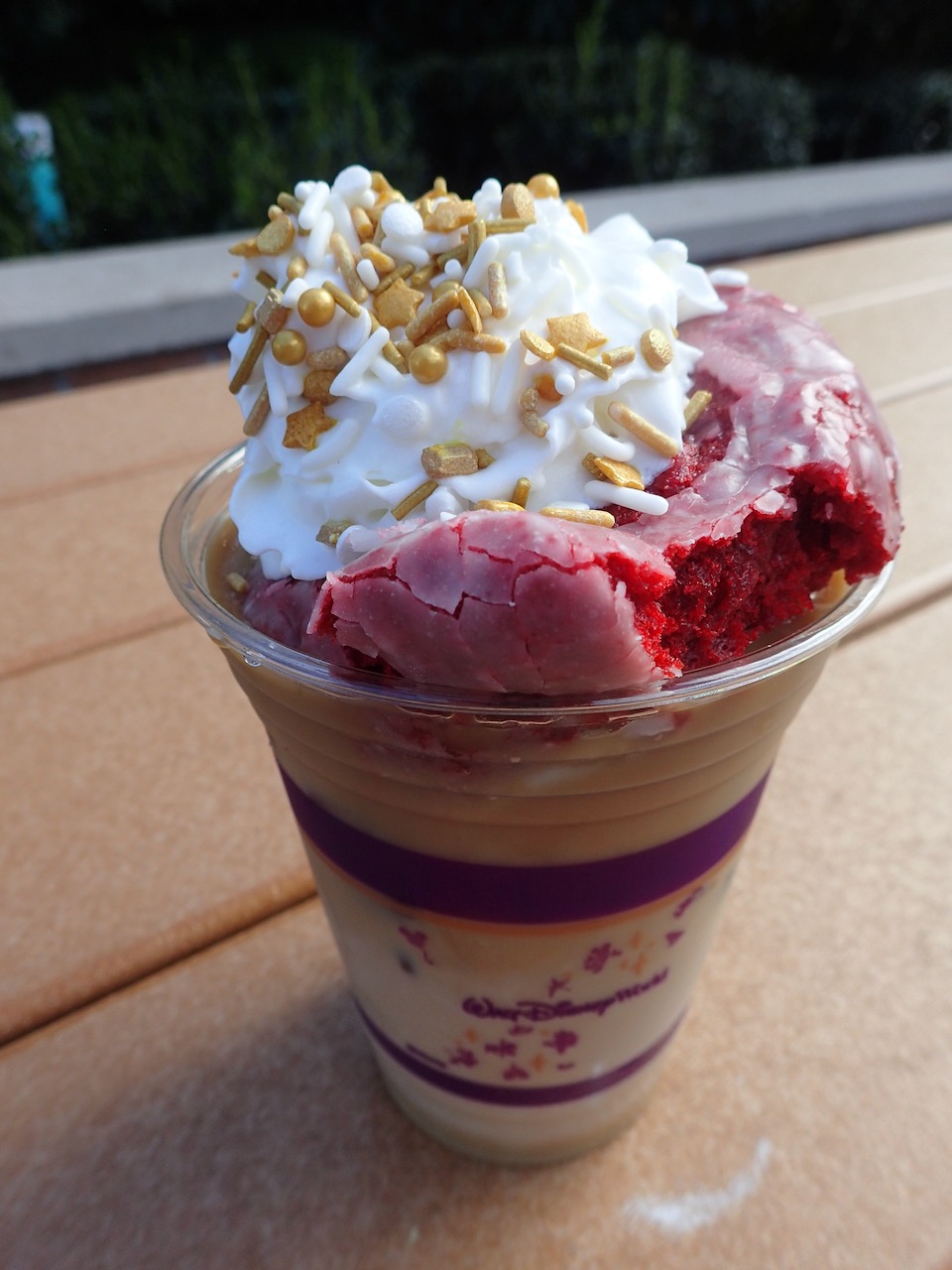 He also enjoyed the red velvet donut that was part of my second latte and donut pairing (Baroque Pairing - white mocha latte and red velvet donut). At this point we were full and also had fastpasses to get to in Magic Kingdom. 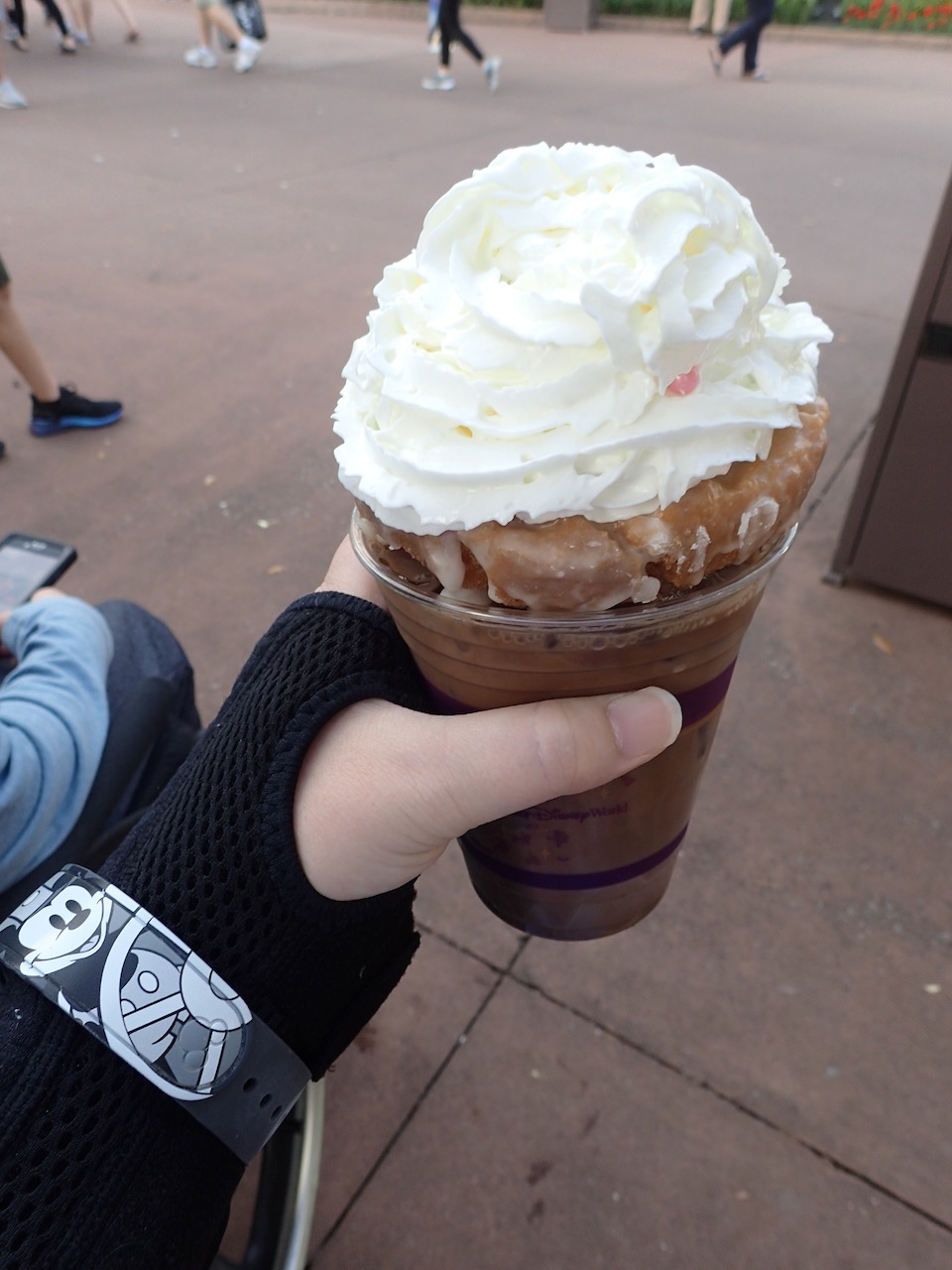 After our fastpasses in Magic Kingdom, we returned to Epcot and started with my third latte & donut pairing (mocha latte and glazed donut). 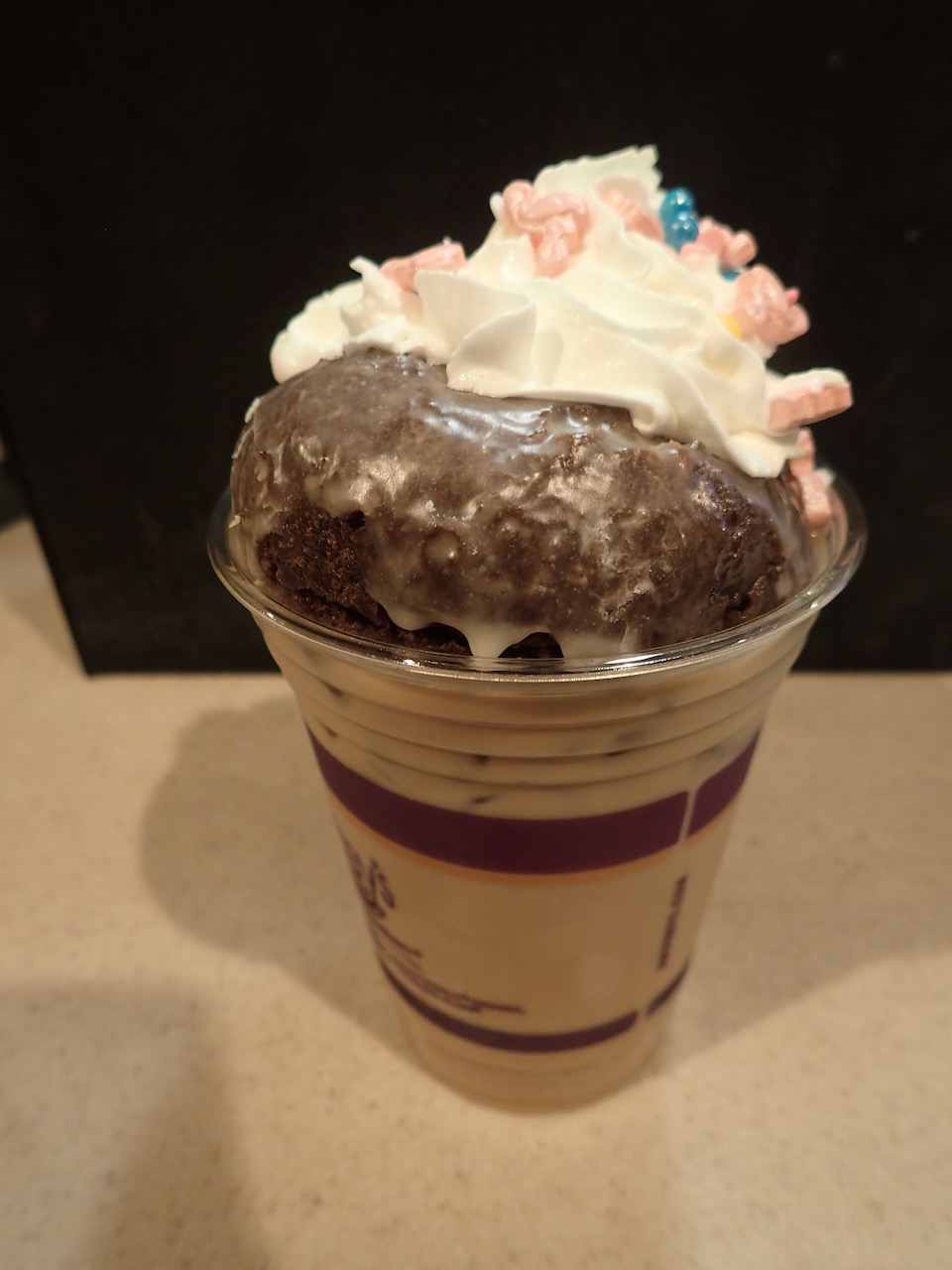 For dinner, Mik didn't end up with any more festival food because what Mik wanted to try was sold out. I did, however, get my final latte and donut pairing (Modern Pairing - coconut iced latte and chocolate donut) and picked up our annual pass magnets.