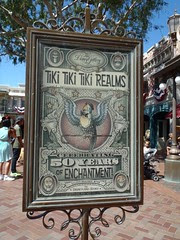 The Disney Gallery is located next to The Disneyland Story and Great Moments with Mr. Lincoln exhibit/show area on Main Street. It is partly a store, as most of it is artwork for sale, but it also is a themed exhibit. The current exhibit called “Tiki Tiki Realms: Celebrating 50 Years of Enchantment,” which is about the Tiki Tiki Room attraction. 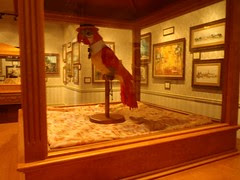 Mik enjoyed rolling around and viewing the different artwork and seeing the animatronics up close. Of course, his favorite, though, was the miniature collectibles they sell in the shop. 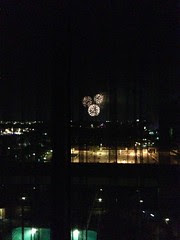 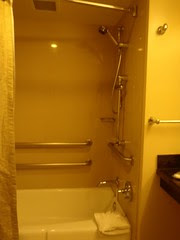 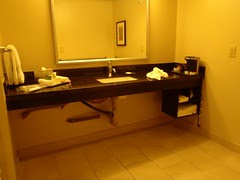 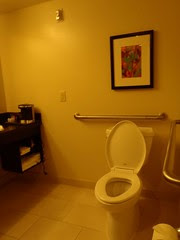 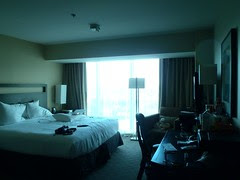 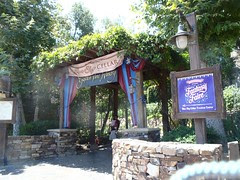 Mik and I always enjoy seeing the Blue Sky Cellar exhibits about what is being planned or what is new in the park. During our D23 Expo trip, the exhibit was about the new Fantasy Faire area in front of the castle at Disneyland. Mik enjoyed seeing the model of the area in the Blue Sky Cellar more than when we had visited Fantasy Faire in person the day before, although he does like the cheesy garlic twists from Maurice’s Treats there. 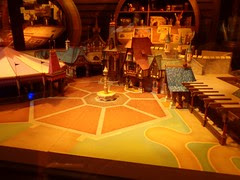 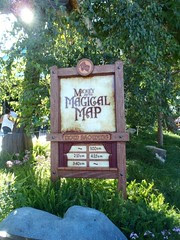 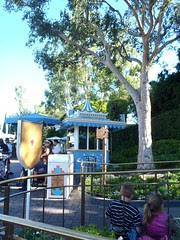 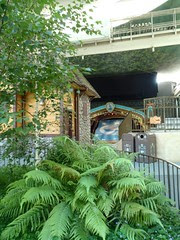 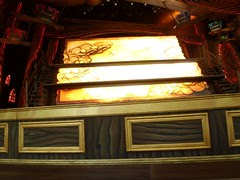 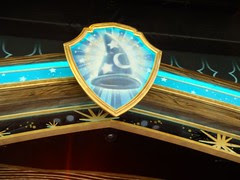 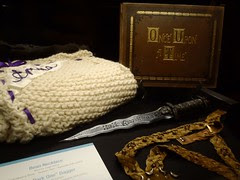 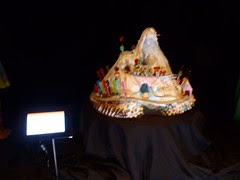 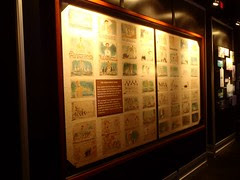 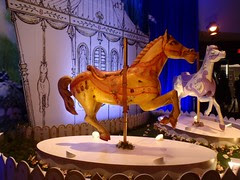 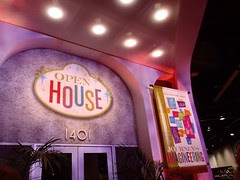 The first thing we hit on the second day of the Expo was the Journey Into Imagineering exhibit. Lining up for entrance at 7:30 a.m. allowed us to get in at 9:30 a.m. and there was no line to get in the exhibit.  It was good we went there first, as by the time we were done it started to get crowded and there is not that much room to move around in the different booths or the center area in the first place. 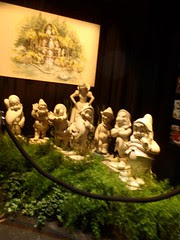 Overall we enjoyed the Journey Into Imagineering exhibit.  It begins with a little presentation/show about imagineering and then you go through a door to freely explore the different booths.  Mik especially liked the miniature models in the Dimensional Design area and not just because they had the original Grumpy from the grotto at Disneyland.  We also enjoyed the Art Library exhibit with early concept drawings of Disneyland. 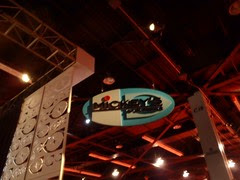 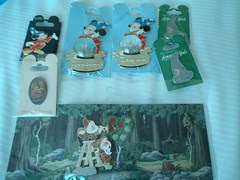 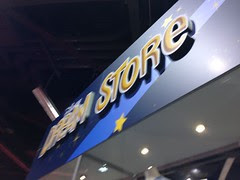 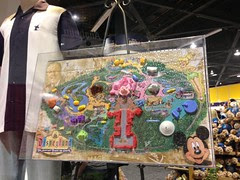 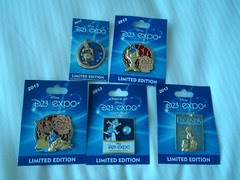 It has been awhile since I have flown through Dallas Fort Worth Airport with Mik.  In Tucson, we used to always choose Chicago over Dallas because Chicago seems to have fewer weather delays/cancellations and I have often had bad luck with Dallas.  Now that we are in Huntsville, though, Dallas is the only real option unless we are actually flying to Chicago, as Mik hates the narrowness of doing the aisle chair on American Eagle so much he would probably choose flying through Dallas to Chicago just to avoid that situation.  We still ended up spending more time than planned in Dallas, but this time it was because we volunteered to fly out later and earned ourselves some vouchers, which is kind of funny because we had used vouchers to get these tickets to go to the D23 Expo in the first place. 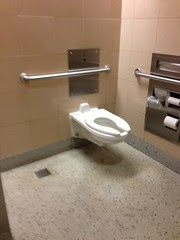 Anyways back to the point of the post, we now like Dallas a lot more because we found the companion bathrooms located by every restrooms we saw.  Mik particularly liked that they were large including having space to roll his wheelchair up next to the toilet to transfer over. 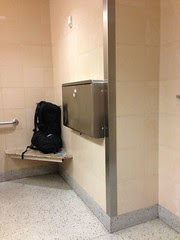 There was also a ledge to put backpacks and such down without actually putting them on the ground. 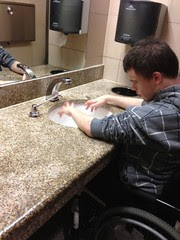 The auto flushing annoyed him as usual, but he did like the sink being a sensor to turn on.  However, the sink still did not work all that well for him with the soap being far away and not with a sensor and the faucet being somewhat of a stretch and he has reasonably long arms.  Overall, though, that is minor when all that really matters is not having to decide what restroom to go into because your only companion is not the same gender as you.
Posted by wildcat1001 at 6:42 AM No comments: