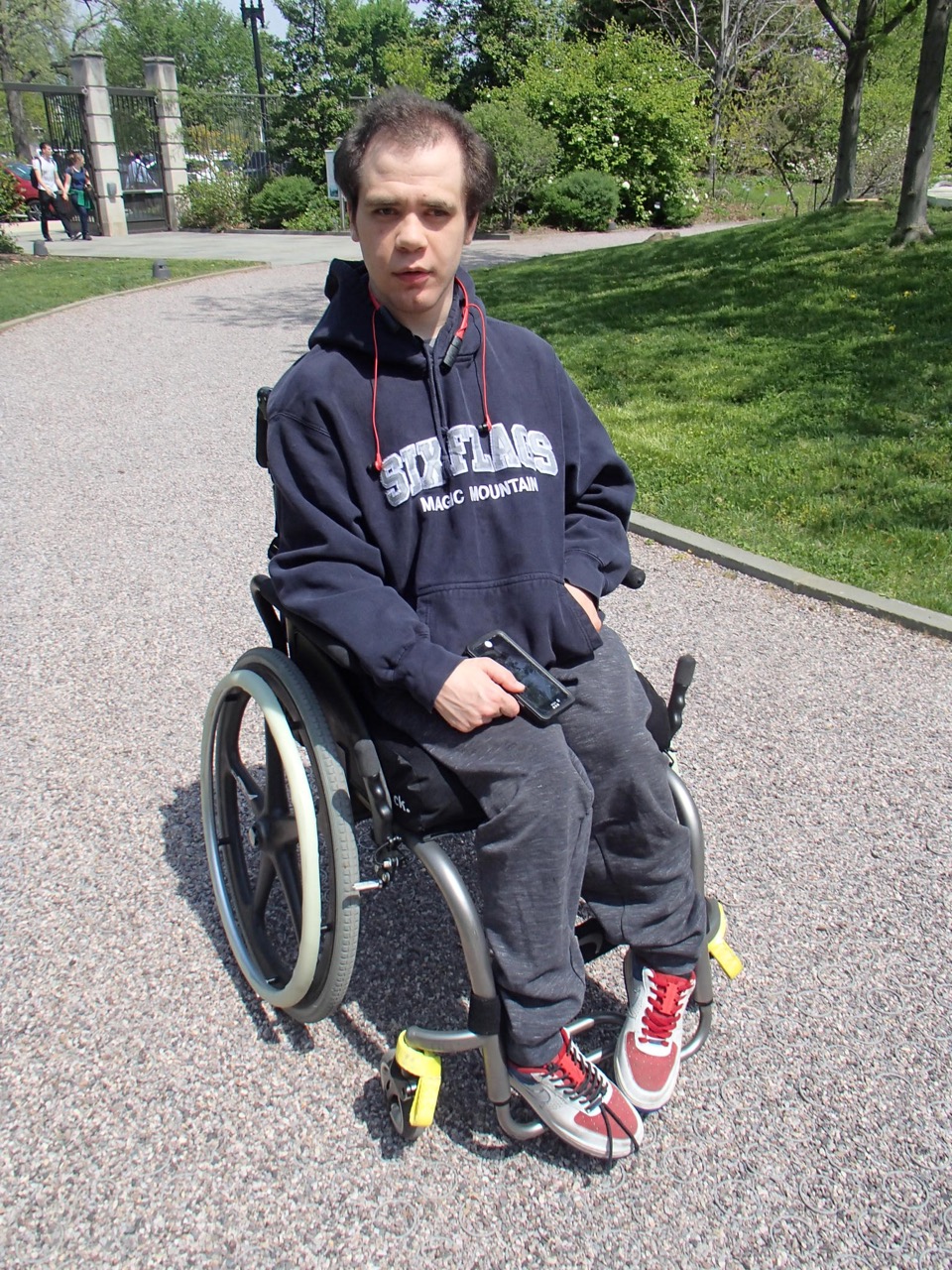 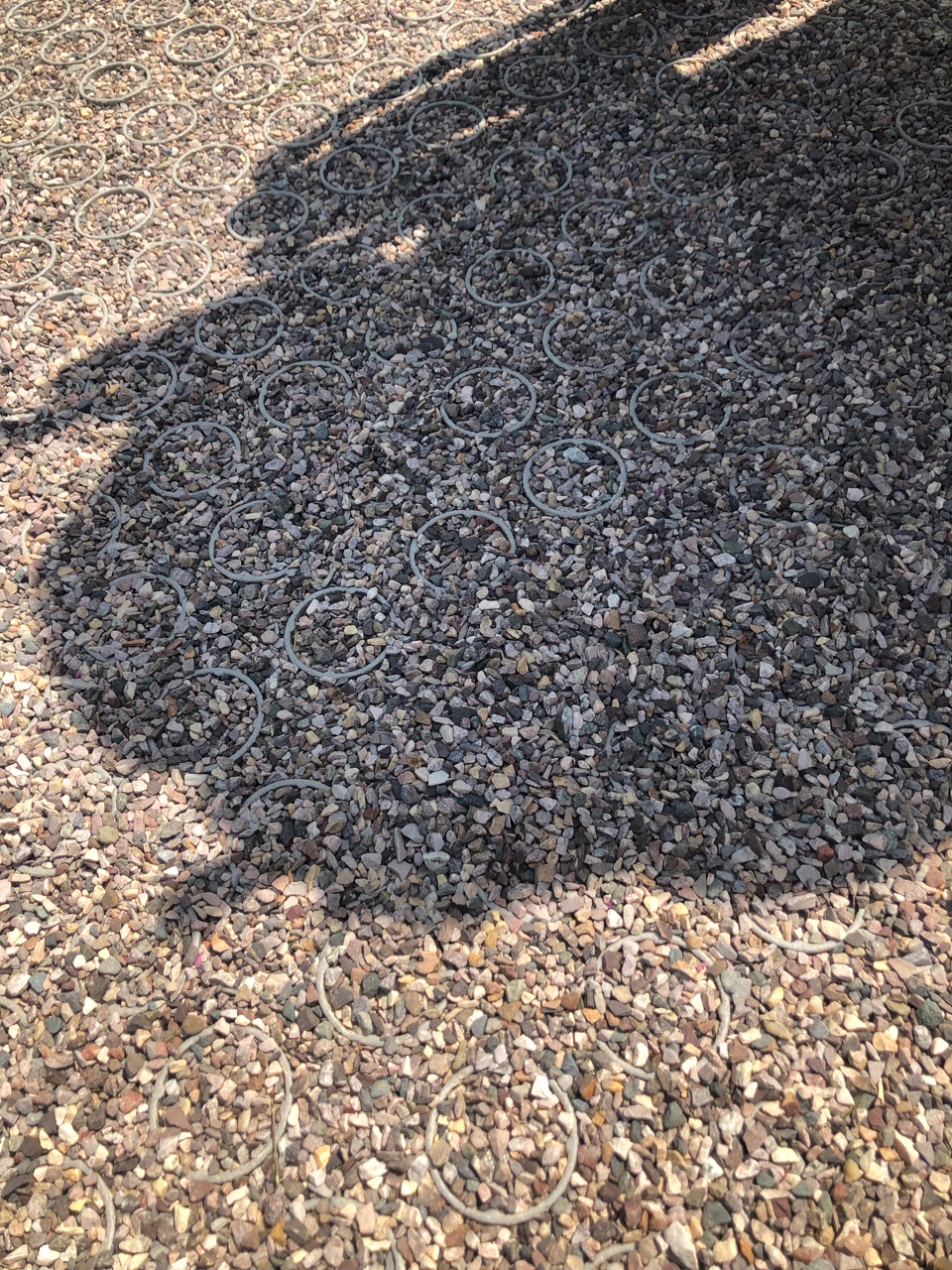 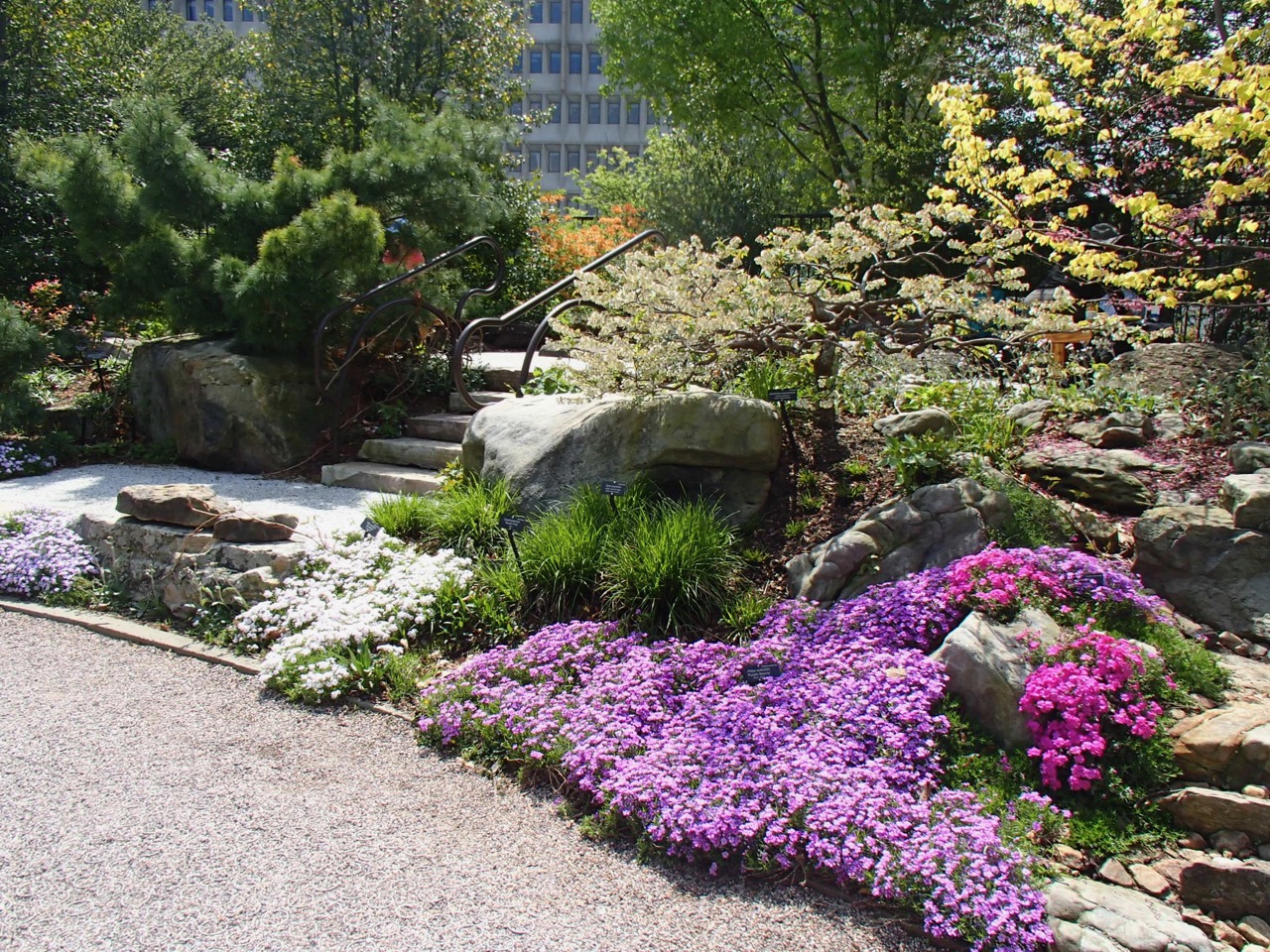 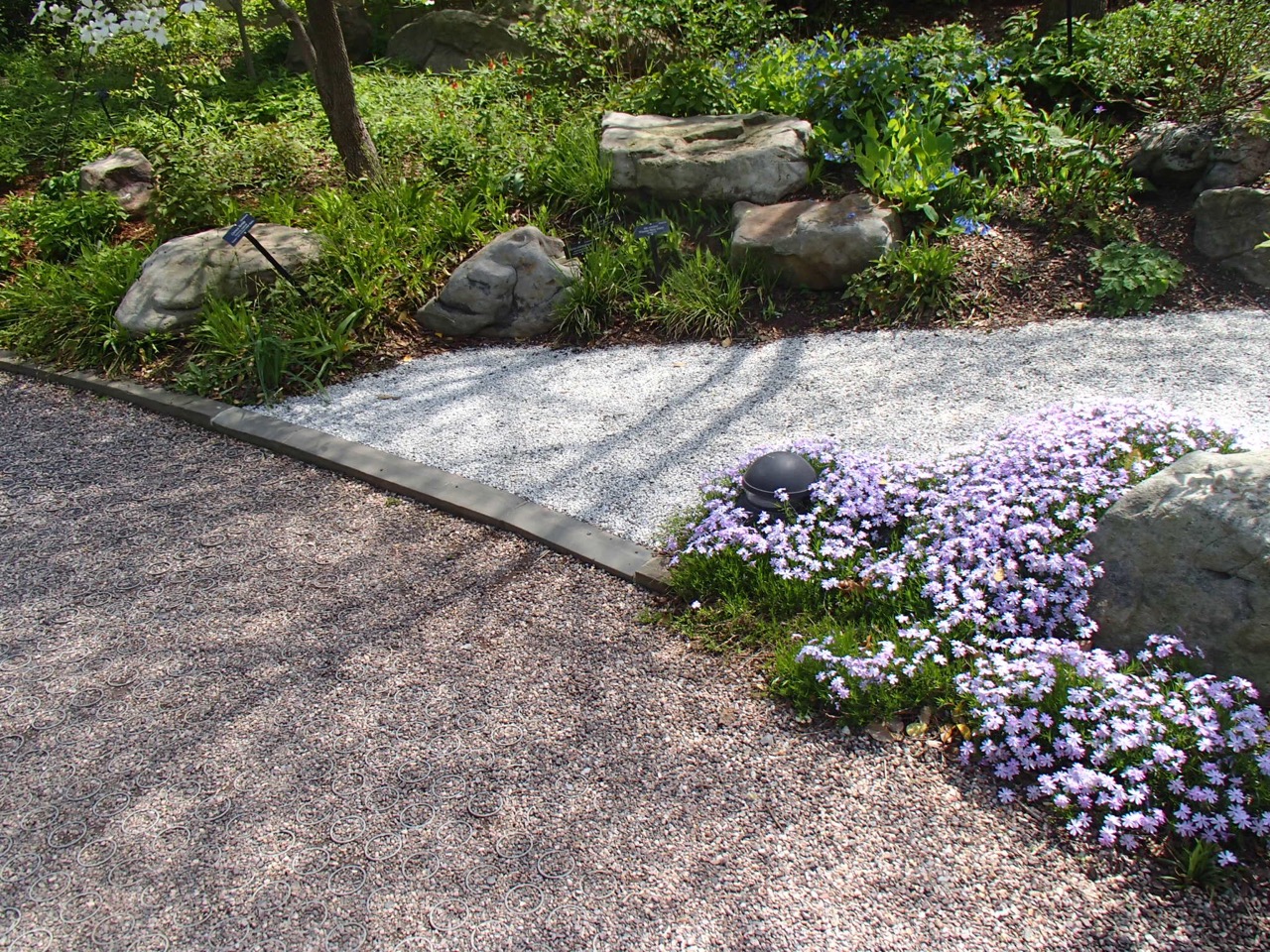 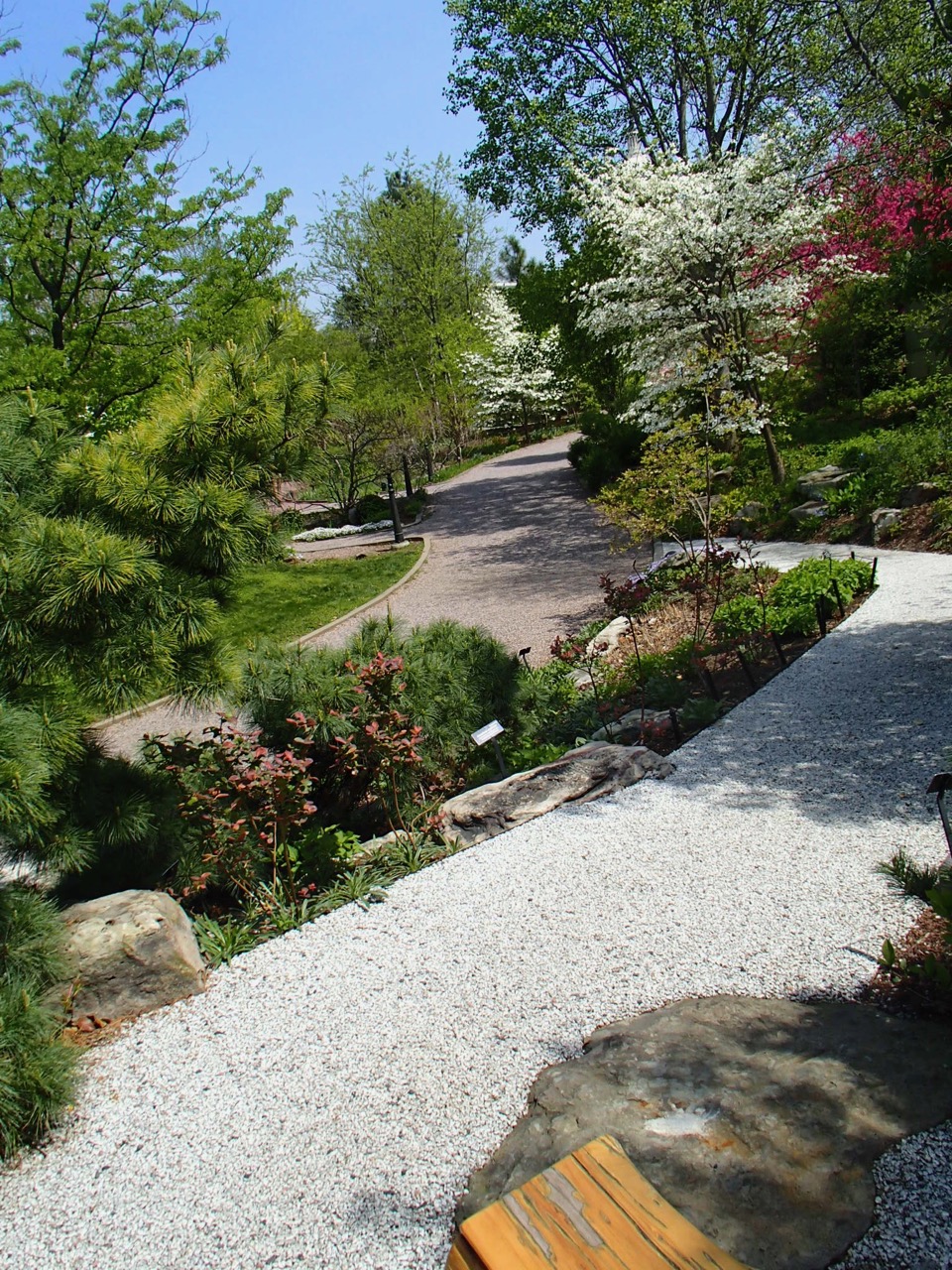 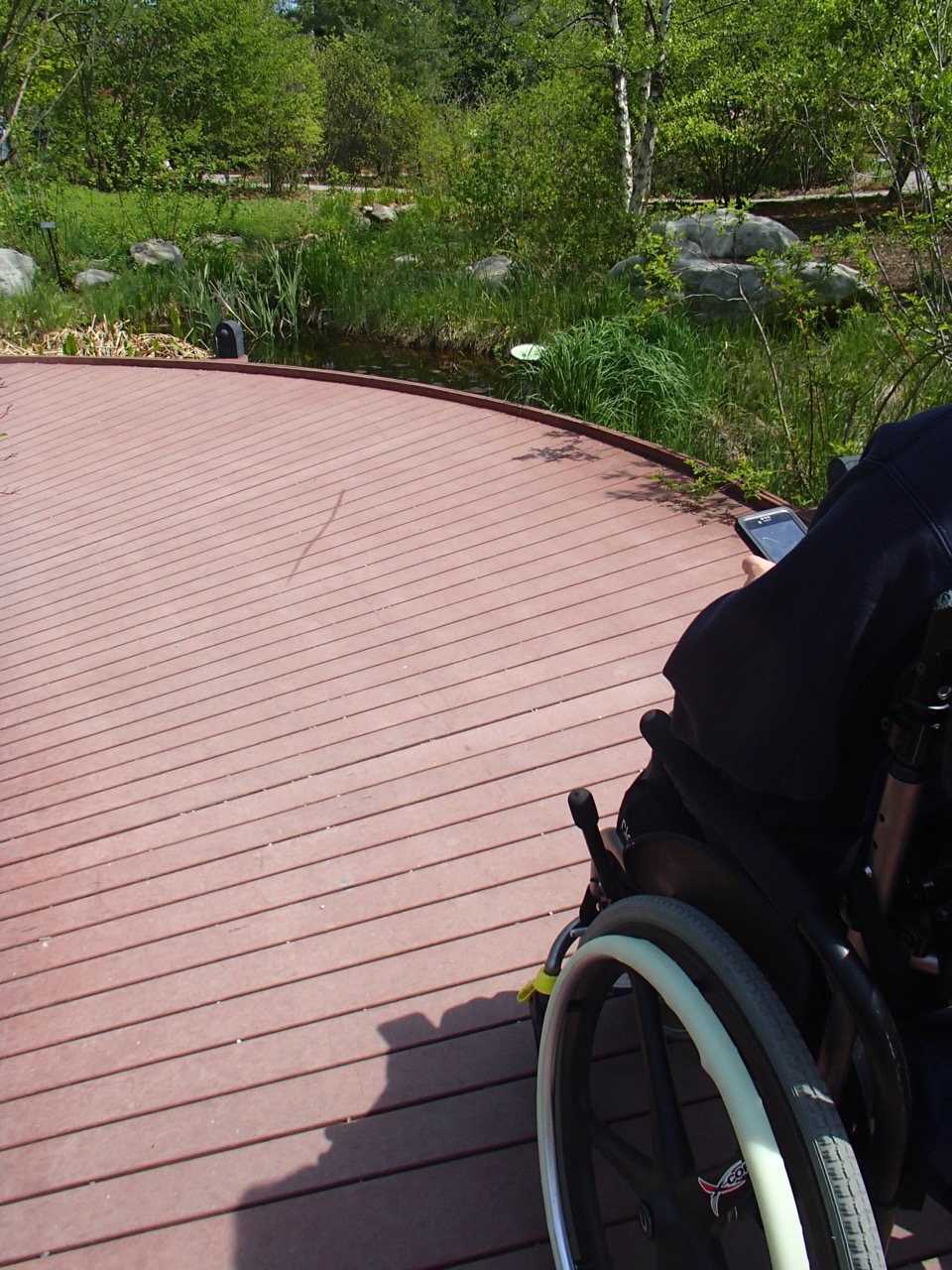 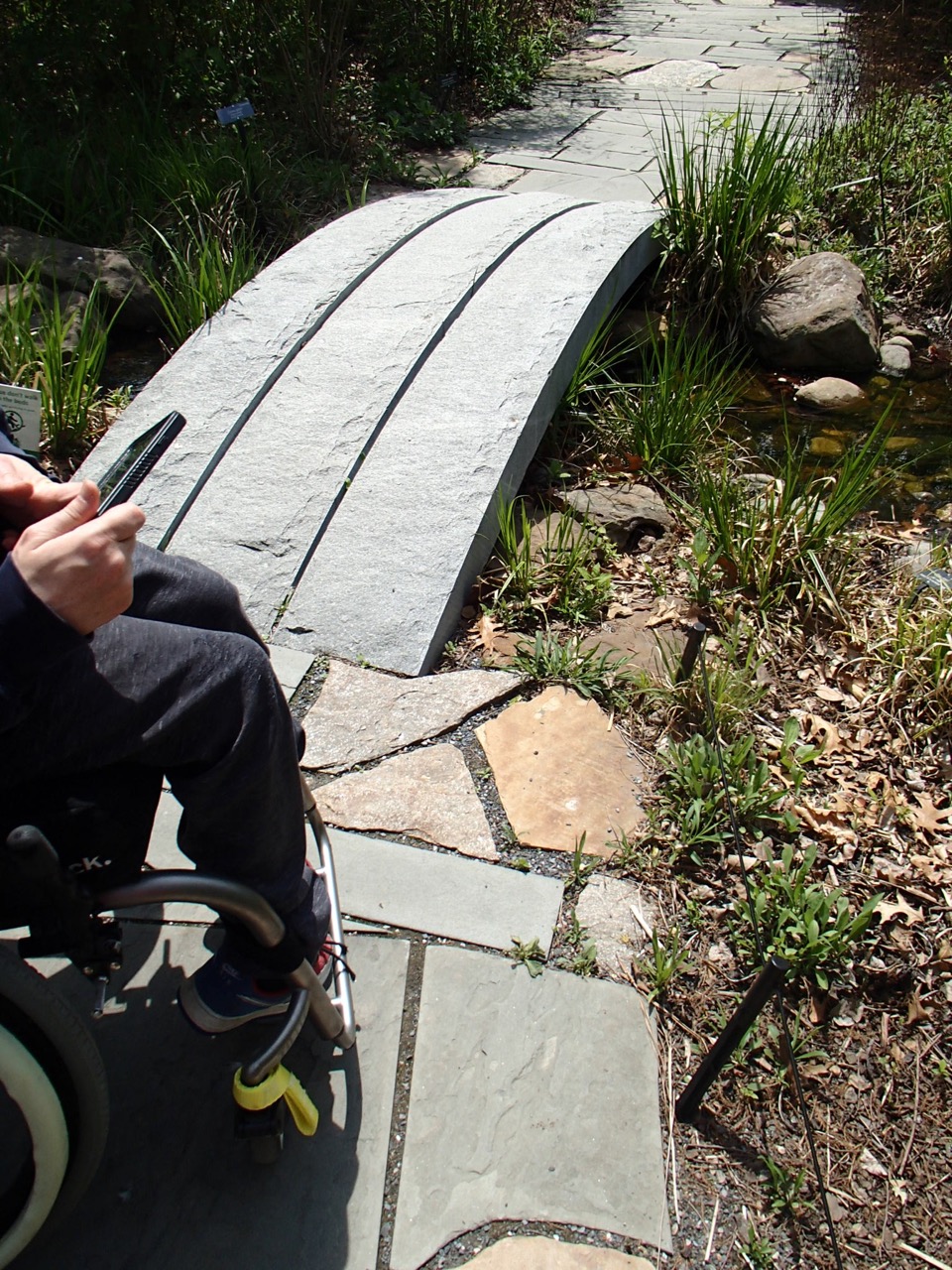 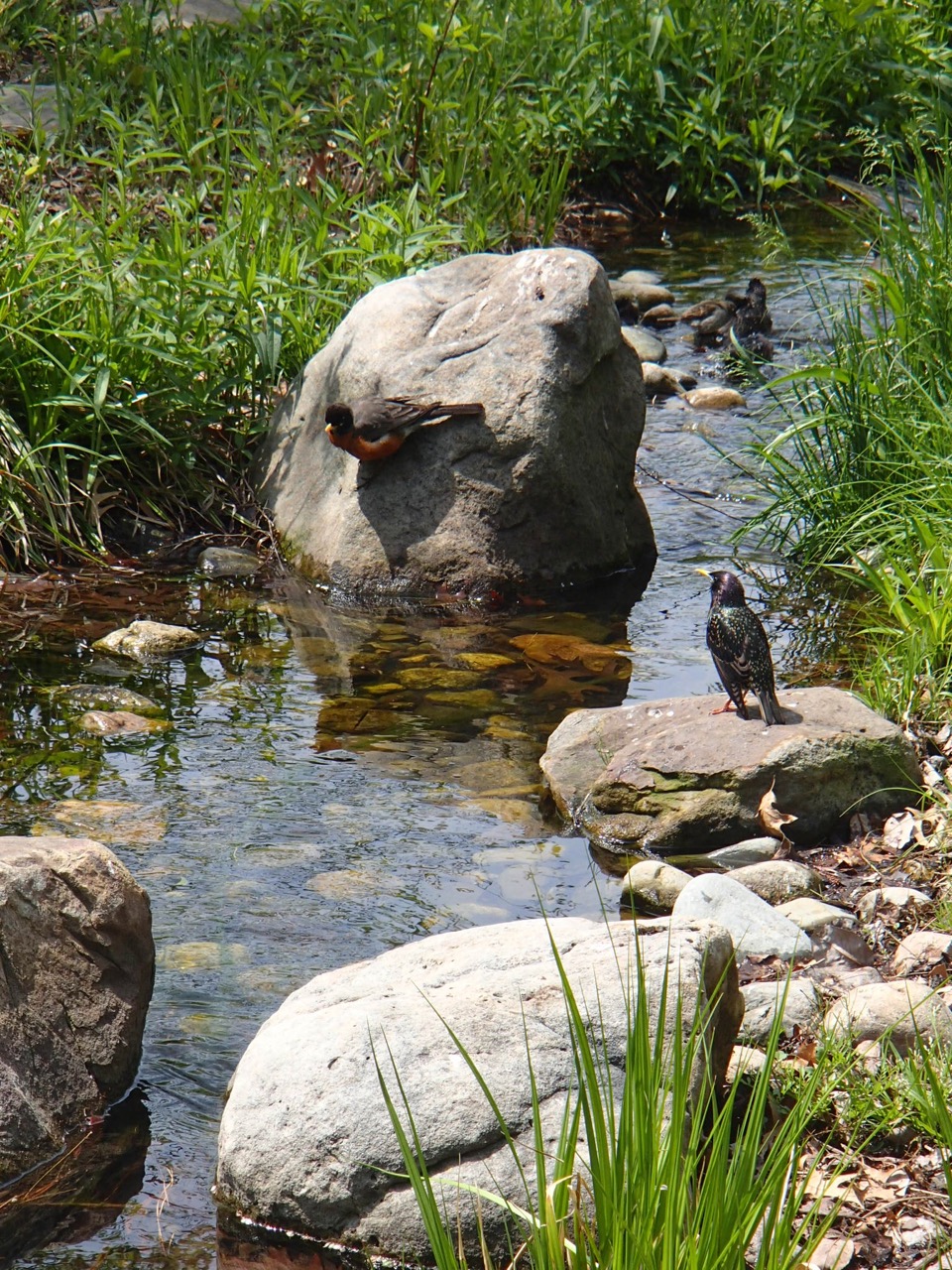 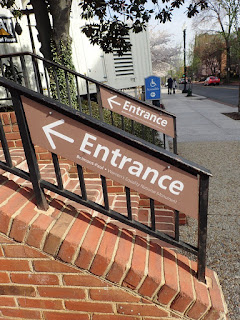 The entrance to the Belmont-Paul Women's Equality National Monument is at the back of the house from Second Street. There is a clear sign pointing up the stairs for entrance and the lift would be not be too hard to notice down a path to the left of the stairs except that the next door office building's accessible entrance sign happens to be very visible right past the stairs. Thus, we were initially confused on how to get up to the entrance. 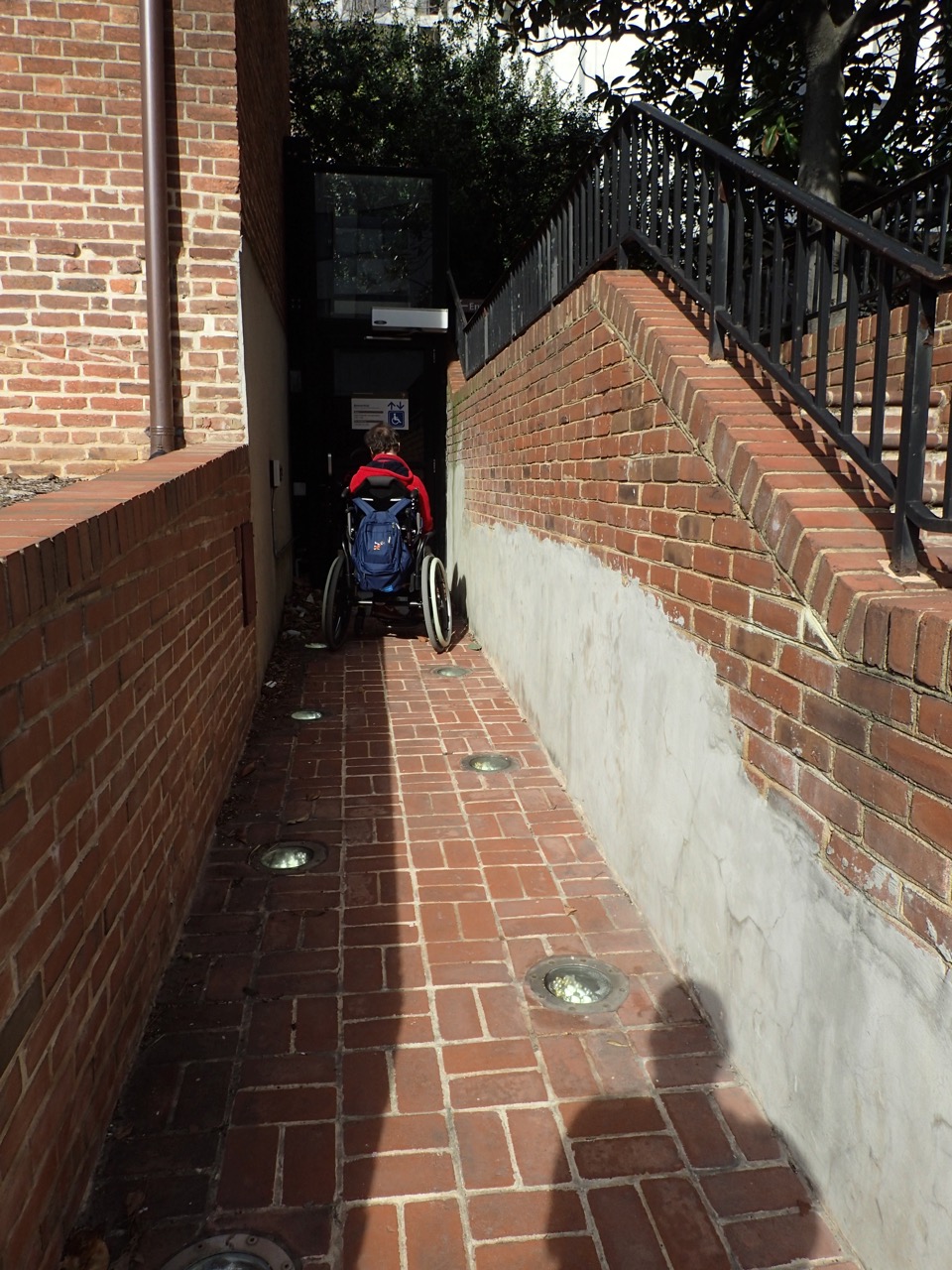 The lift has a sign with a phone number you can call for access. We didn't even try it and just had Dad go upstairs and ask for the ranger to operate it. The ranger was really friendly and helpful. The only issue currently is that once you get up you have to go around to a side entrance, which is where they are currently doing some restoration work. The workers were really good about moving the ladder and getting out of the way, so we could get in (and later out), though. This entrance also even has an automatic button for opening.

We started our visit by watching the short introductory film about the National Women's Party, who used this house as their headquarters. We then proceeded to the main exhibit space on the first floor, which is accessed via another lift. 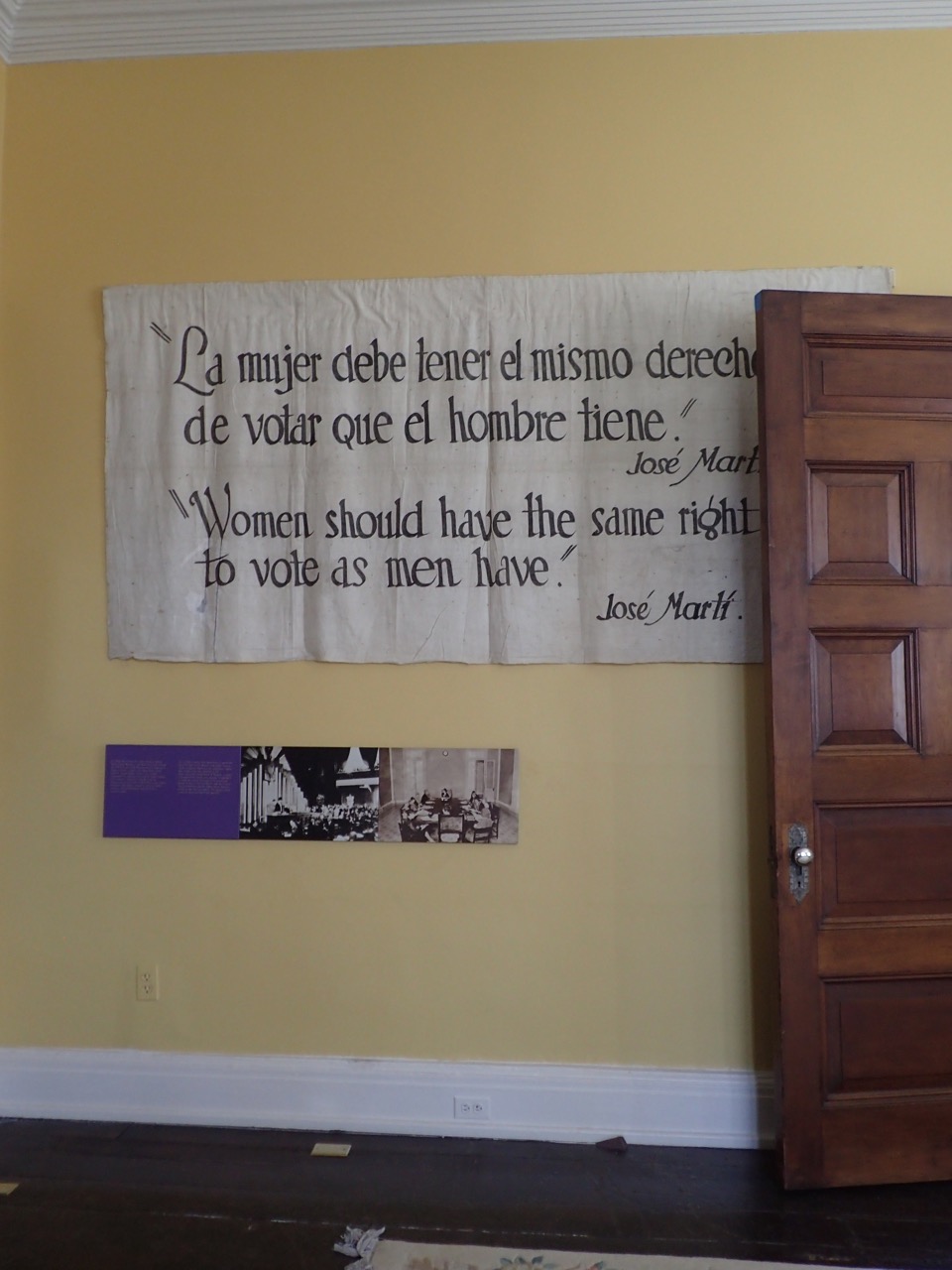 The first floor has three rooms of exhibits on the women's right to vote and equality movements. There is also a small gift shop. None of us went up to the second level, so not sure what we missed, but even just visiting the first floor was a worthwhile visit and the knowledgeable park rangers help interpret the site's significance very well. 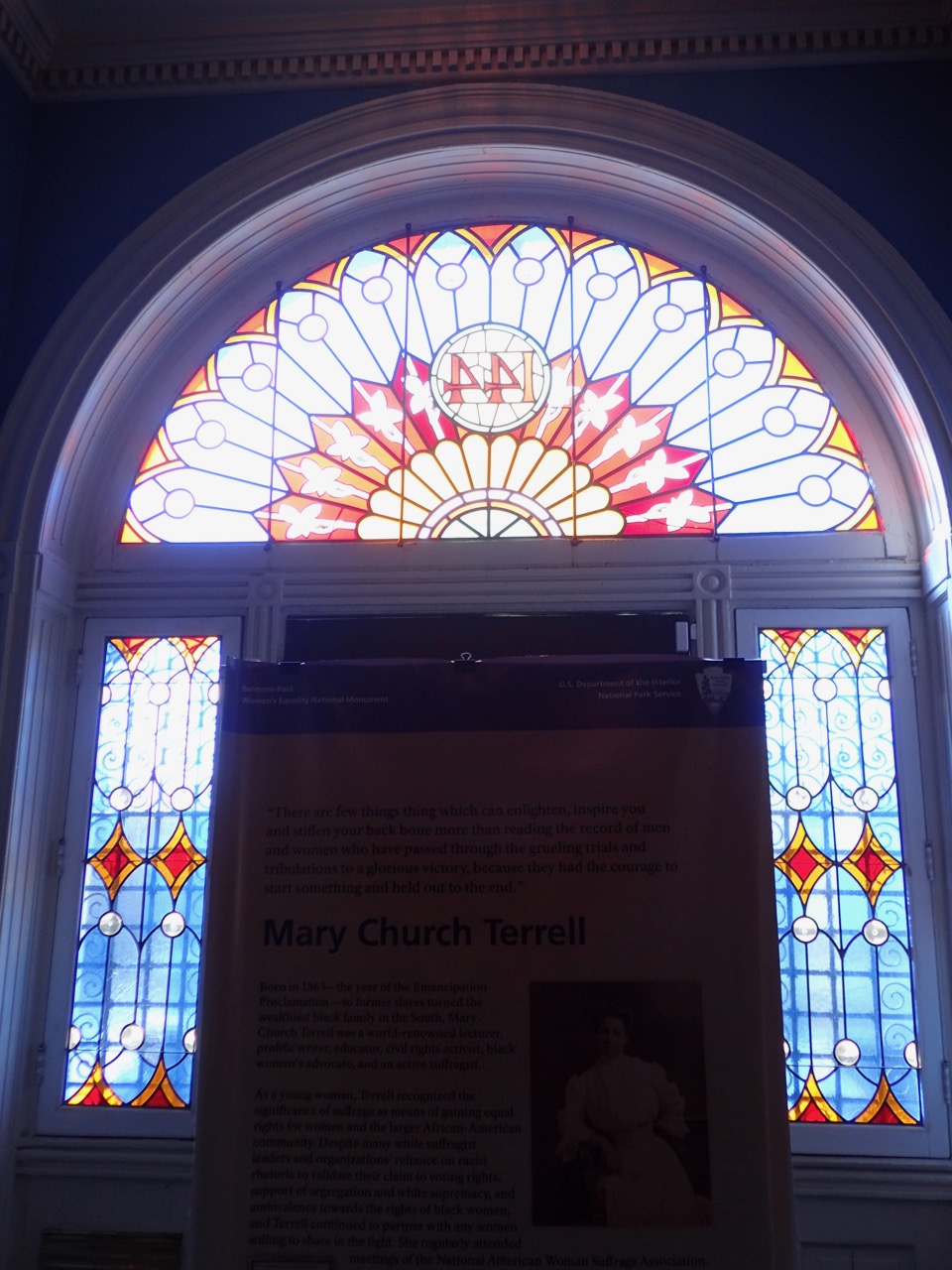 One of favorite things was actually the stained glass in the entry.