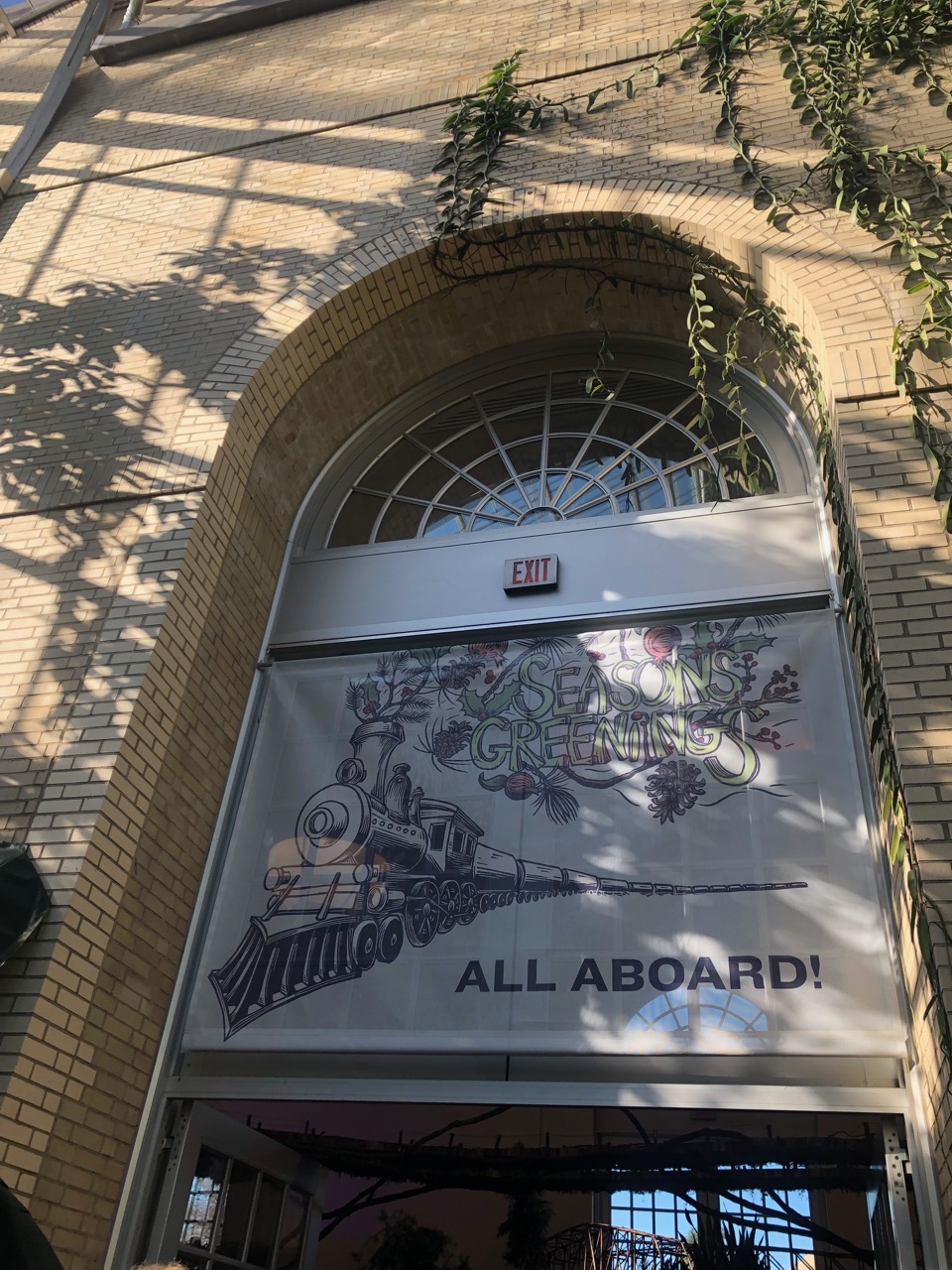 Mik was surprised that it's really been five years that it has been a tradition for us to visit the Seasons Greenings exhibit at the U.S. Botanic Gardens. He loves the tradition, although he doesn't so much enjoy the cold weather on the way to/from. This year we were again sad that there was no Christmas tree exhibit in the West Gallery. In fact, that's where the train exhibit is as it seems they are now working on the area where they normally do the exhibit. Hopefully, that means the tree part will come back once both areas are open at the same time again. 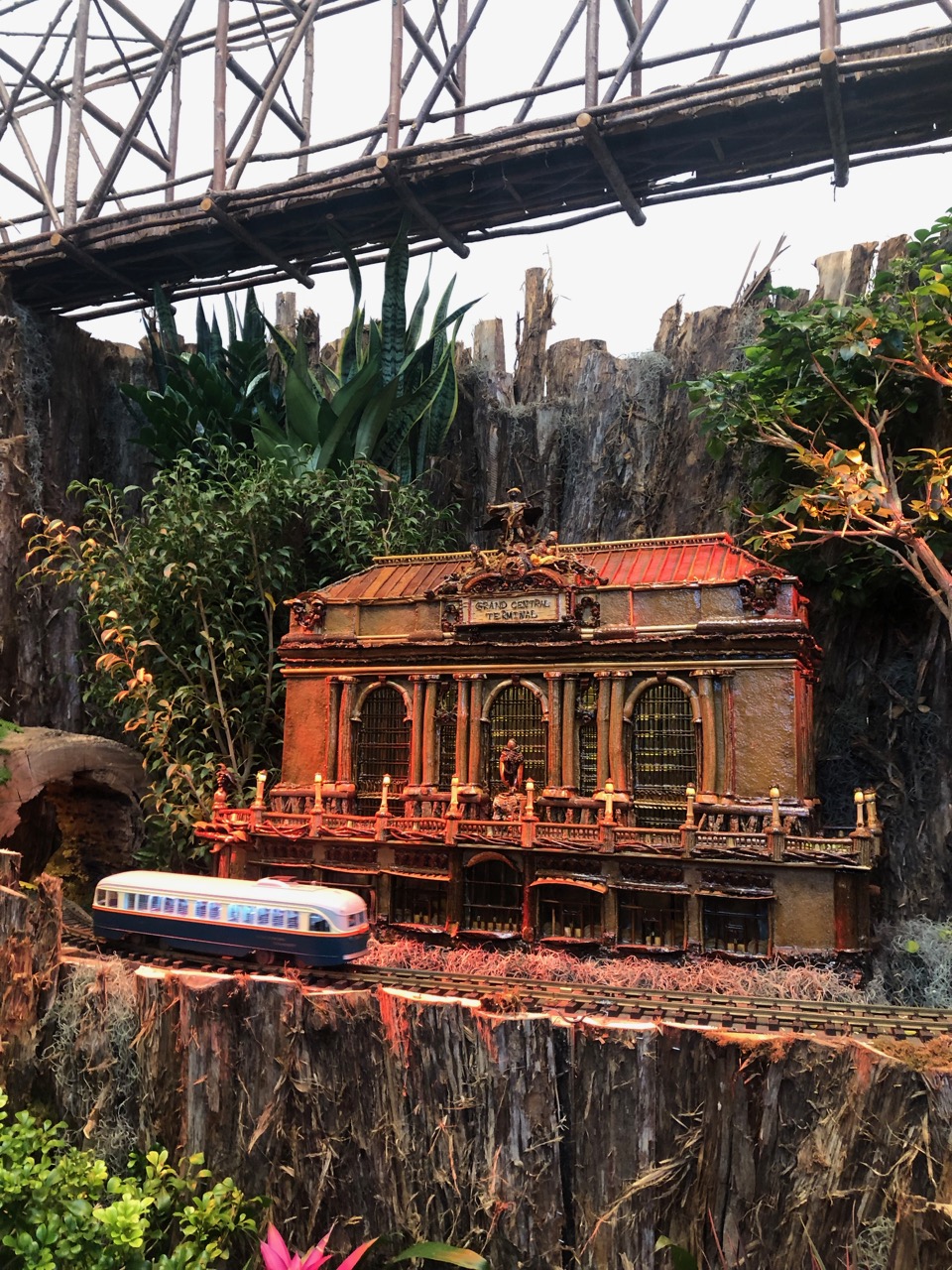 When Dad brought us home this year's brochure after his work preview, I joked with him that is was such an original theme this year with it being called "All Aboard!" Doing it with different train depots certainly does make sense, though, and it was actually better than expected. 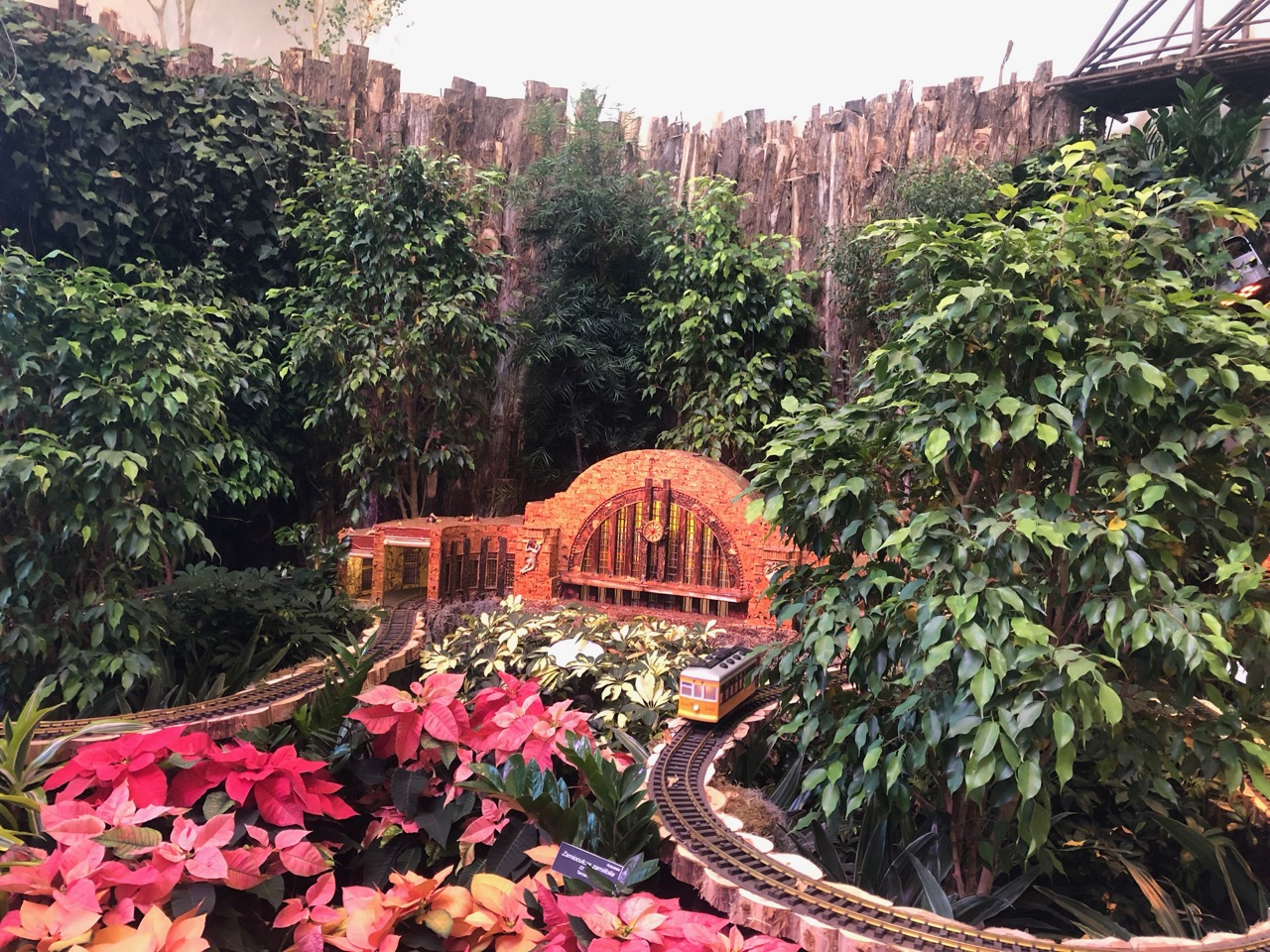 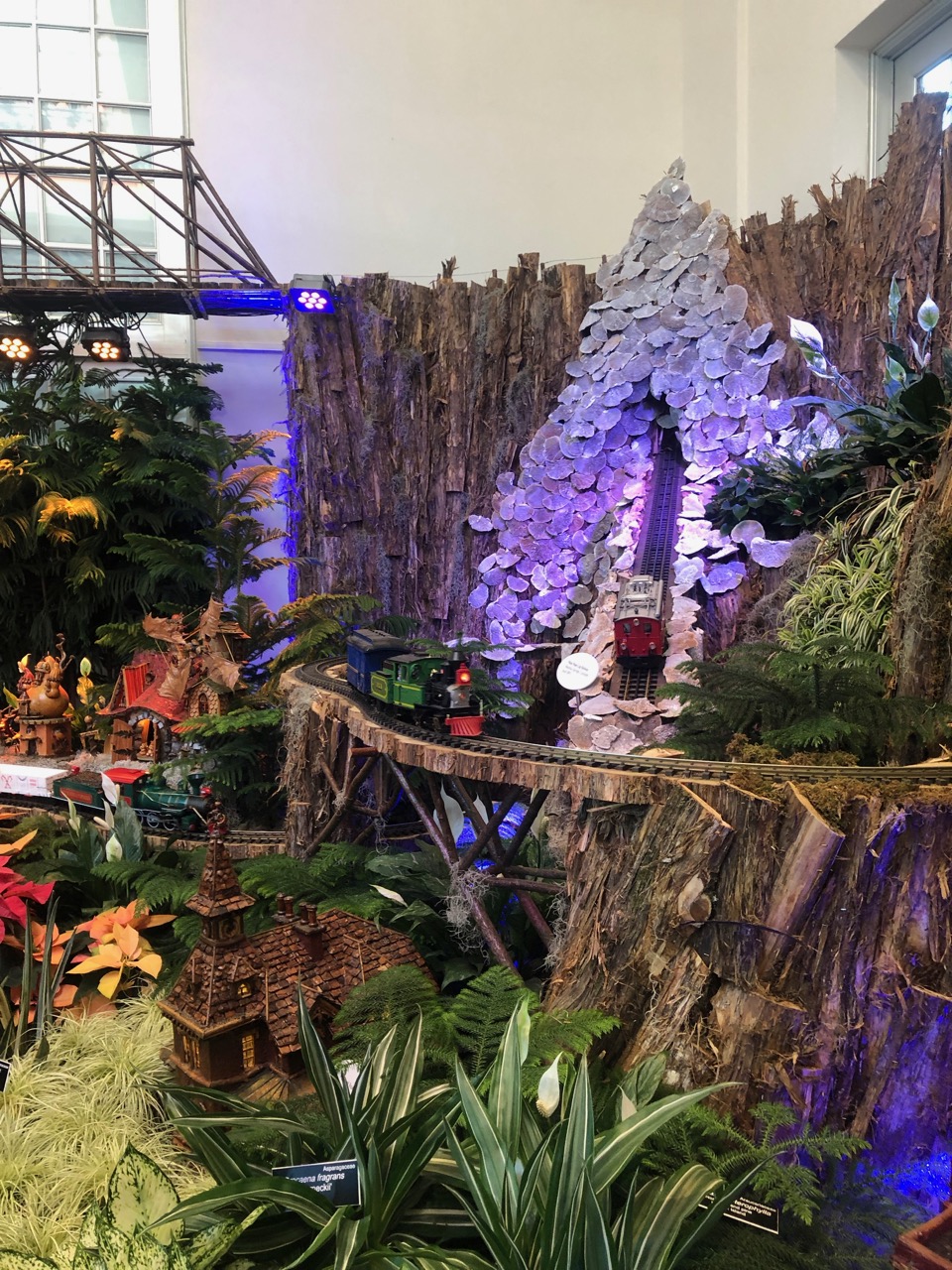 My favorite was the Pikes Peak Cog Railway. 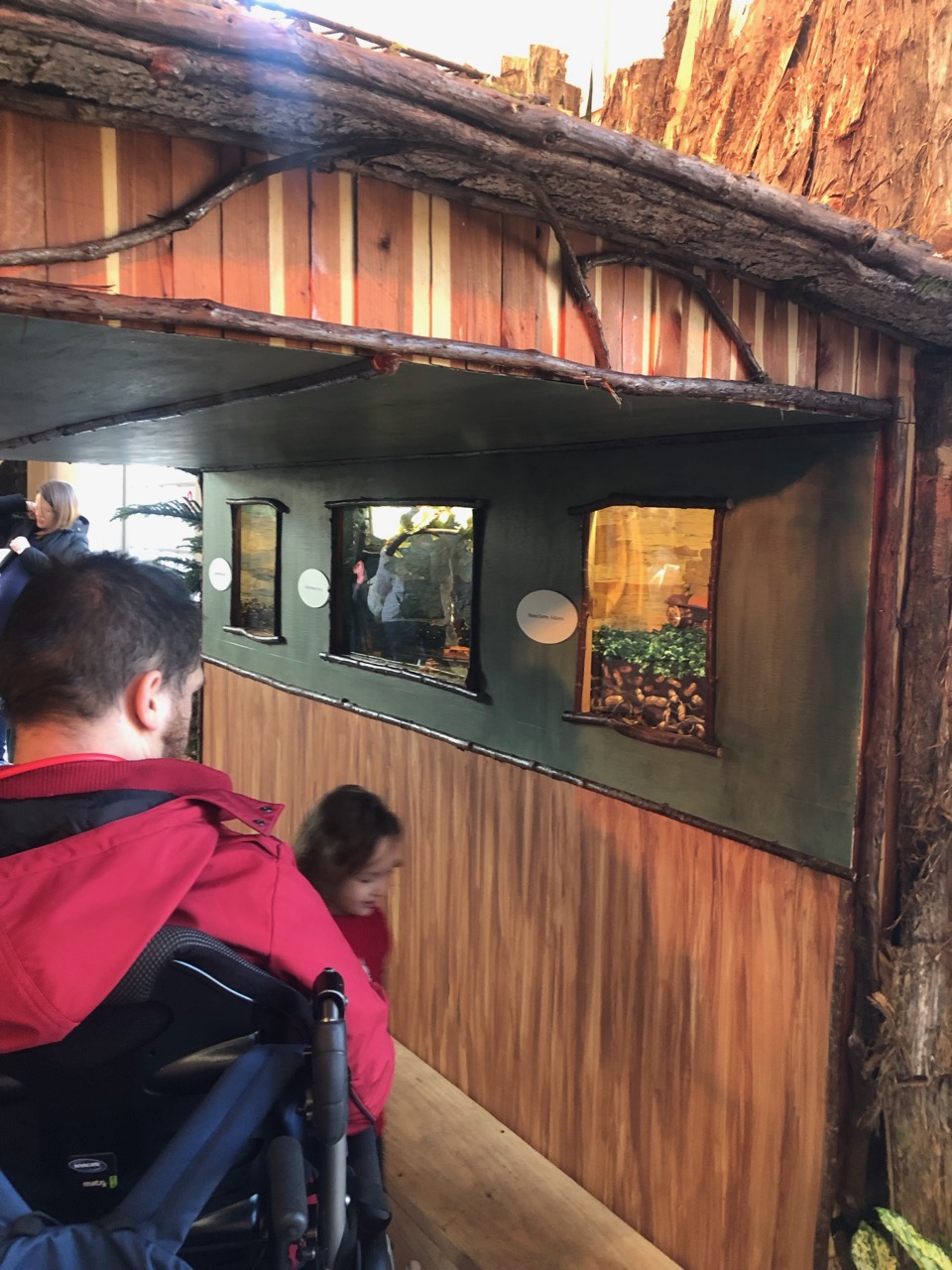 As usual, there was a tunnel walkthrough part and best of all this year it was back to being tall enough for Mik to roll through!

Also, as usual, the exhibit ends with an area that has two steps and a ramp that is way too steep. Just ask them to let you out the entrance and they'll move the barrier. 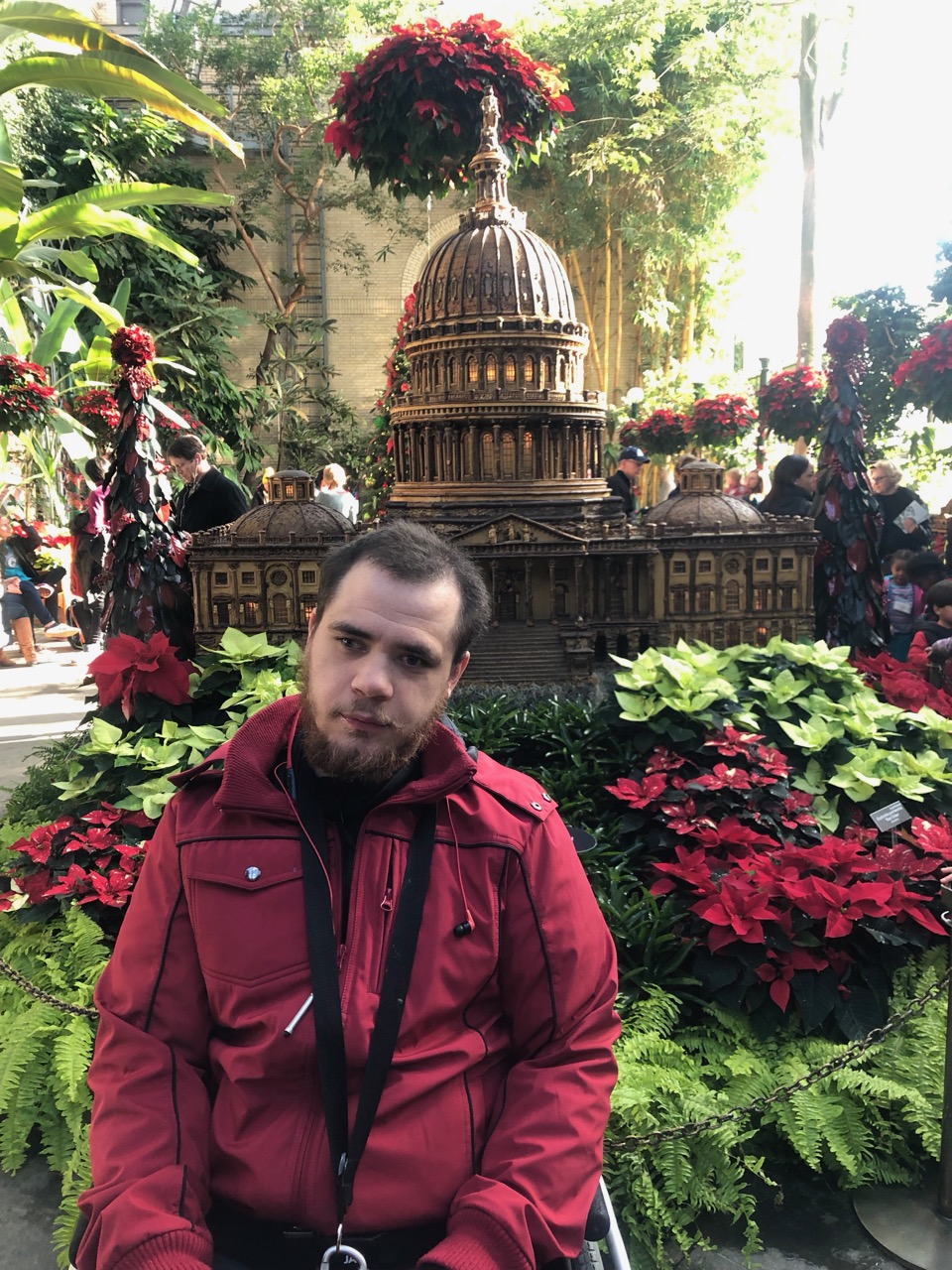 Before leaving we got our usual photo of Mik with the Capitol model. We also checked out the Union Station model that was added this year to the Garden Court's models of D.C. 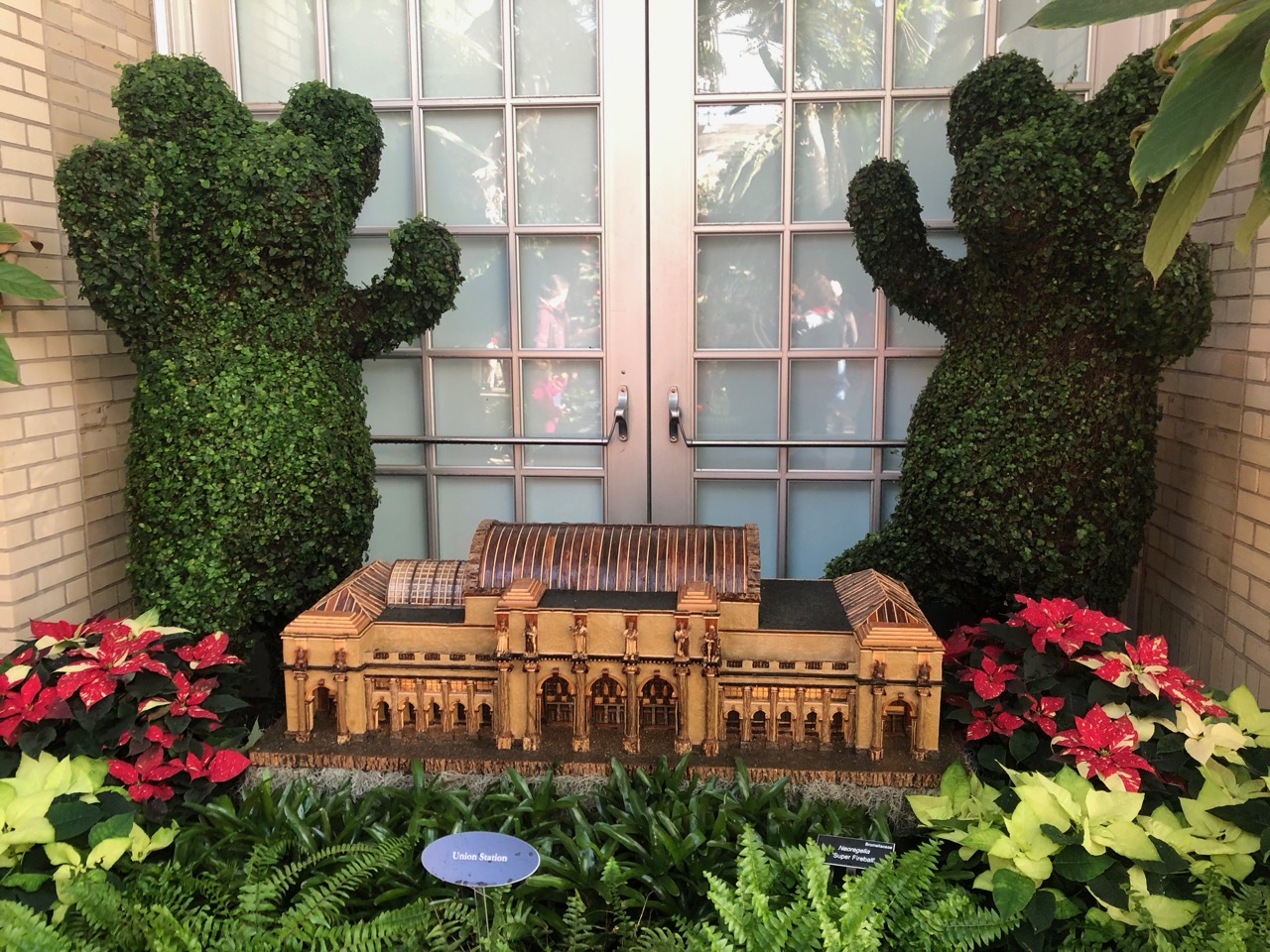 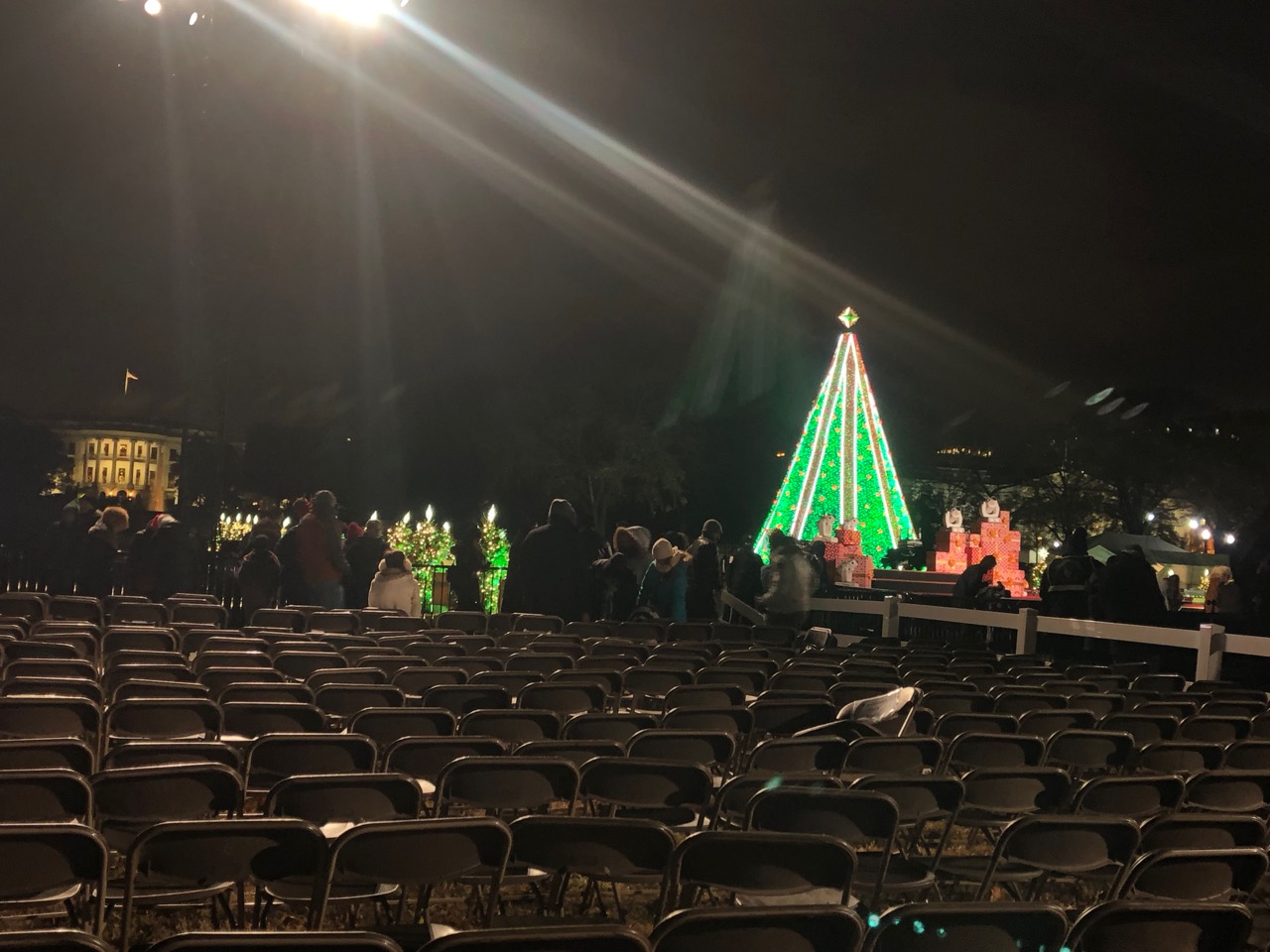 Every year we've lived in the D.C. area, I've tried to get tickets to the National Christmas Tree lighting. This year I forget to enter the lottery, but luckily Dad ended up getting us tickets from a friend. 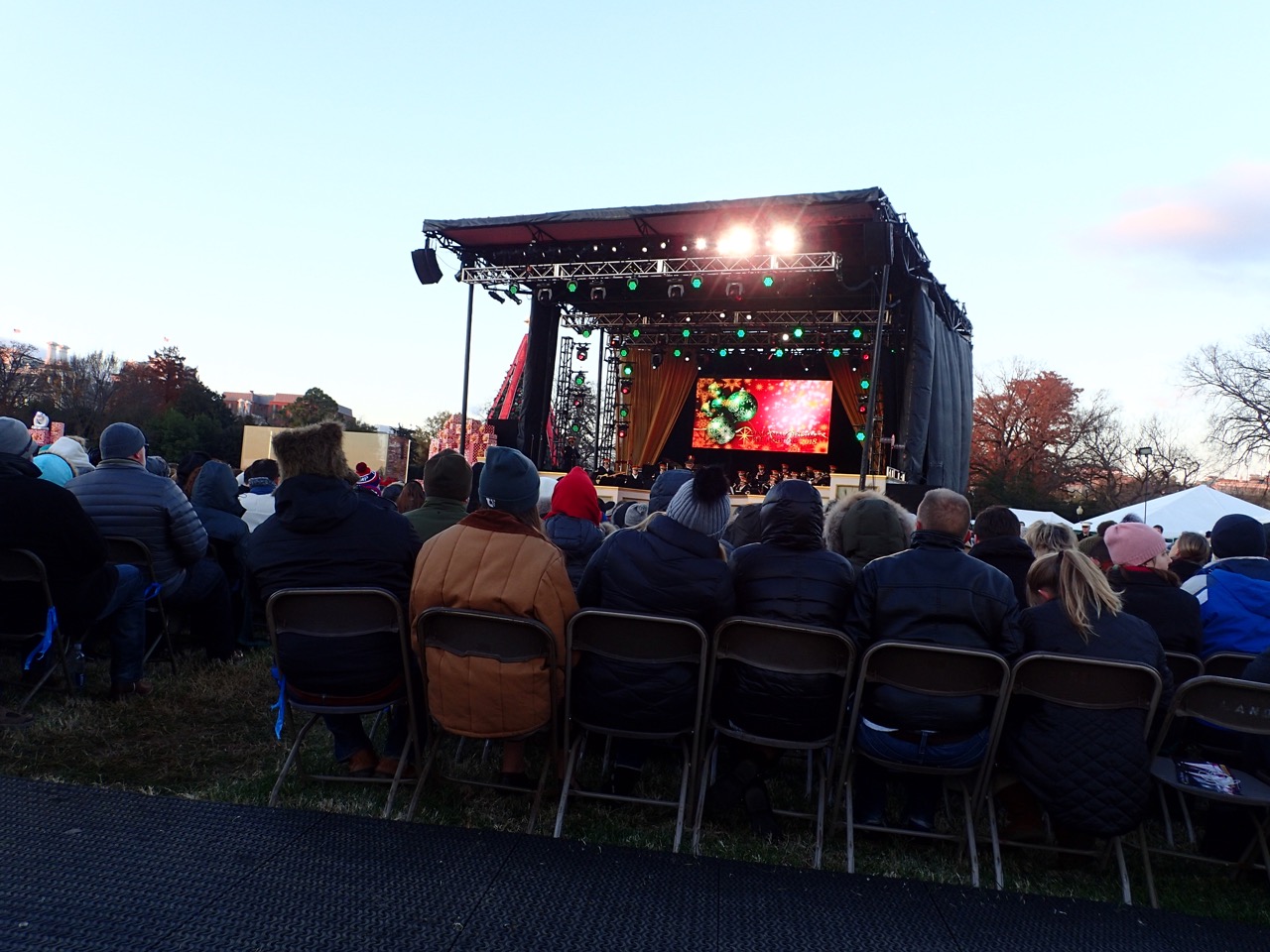 We ended up with tickets for the green seated section, but instead of going into the green section to the left of the stage, we followed the path to sit in the wheelchair section to the other side. The wheelchair section was good in that it was lined up with the stage and was on the platform so you didn't have to roll in the grass, which was hard to go through. The downside is the stage almost entirely blocks the Christmas tree. In hindsight, we should've just gone to the front of the green section as was available and then we also wouldn't have had our view totally blocked when everyone stood up for the President to light the tree at the beginning. 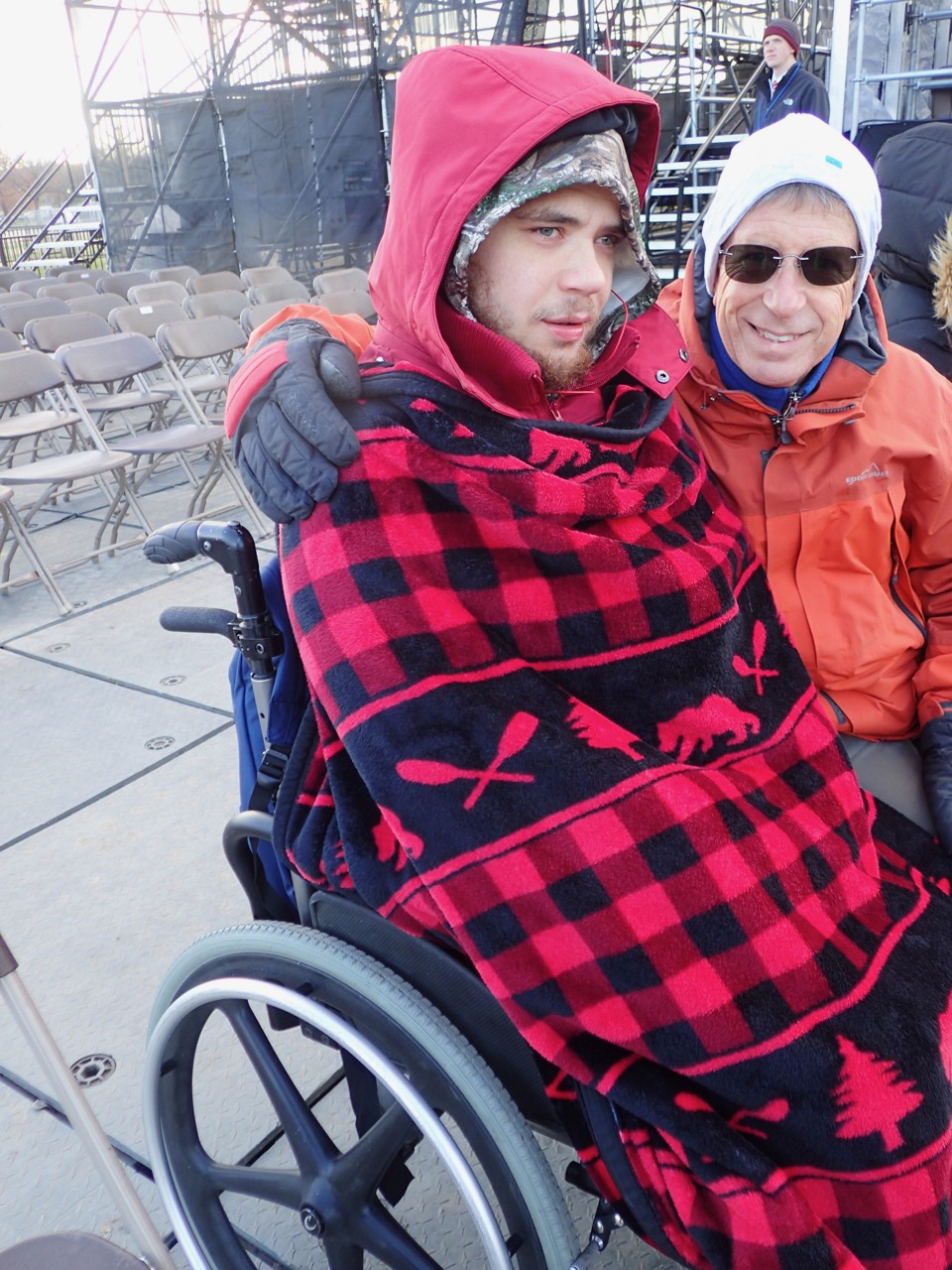 Overall Mik didn't much care for the tree lighting event, but mainly because it was cold. By the time the tree lighting started, we had been there for several hours with it being in the 40s and both Dad and he bailed after the tree was lit. Probably 75% of the people there did the same and those that stayed were encouraged to move up, which is what I did (also, moved over to better see the tree). I found it worth it and enjoyed the music and would totally do it again if I got the chance, but probably not with Mik. 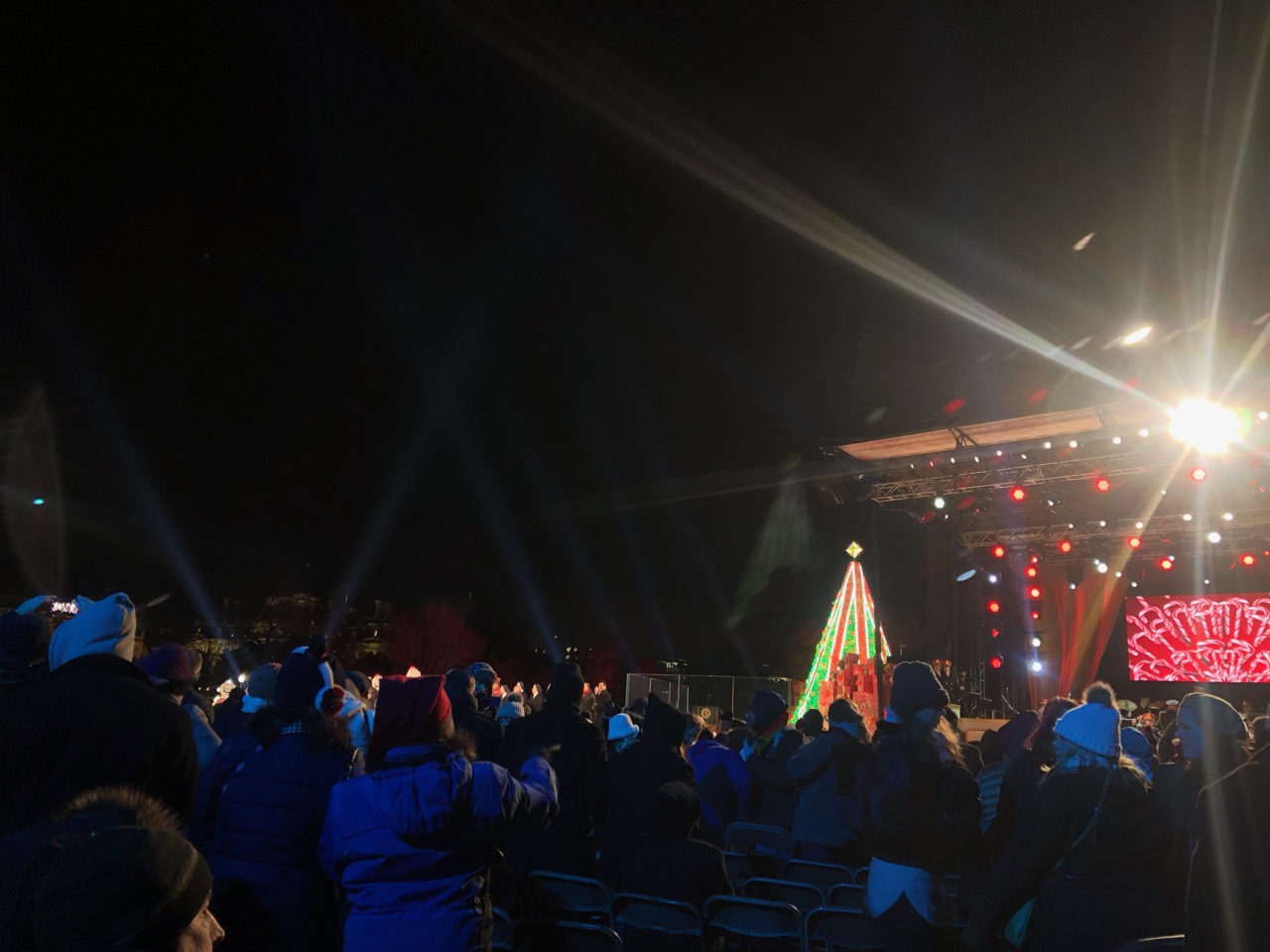