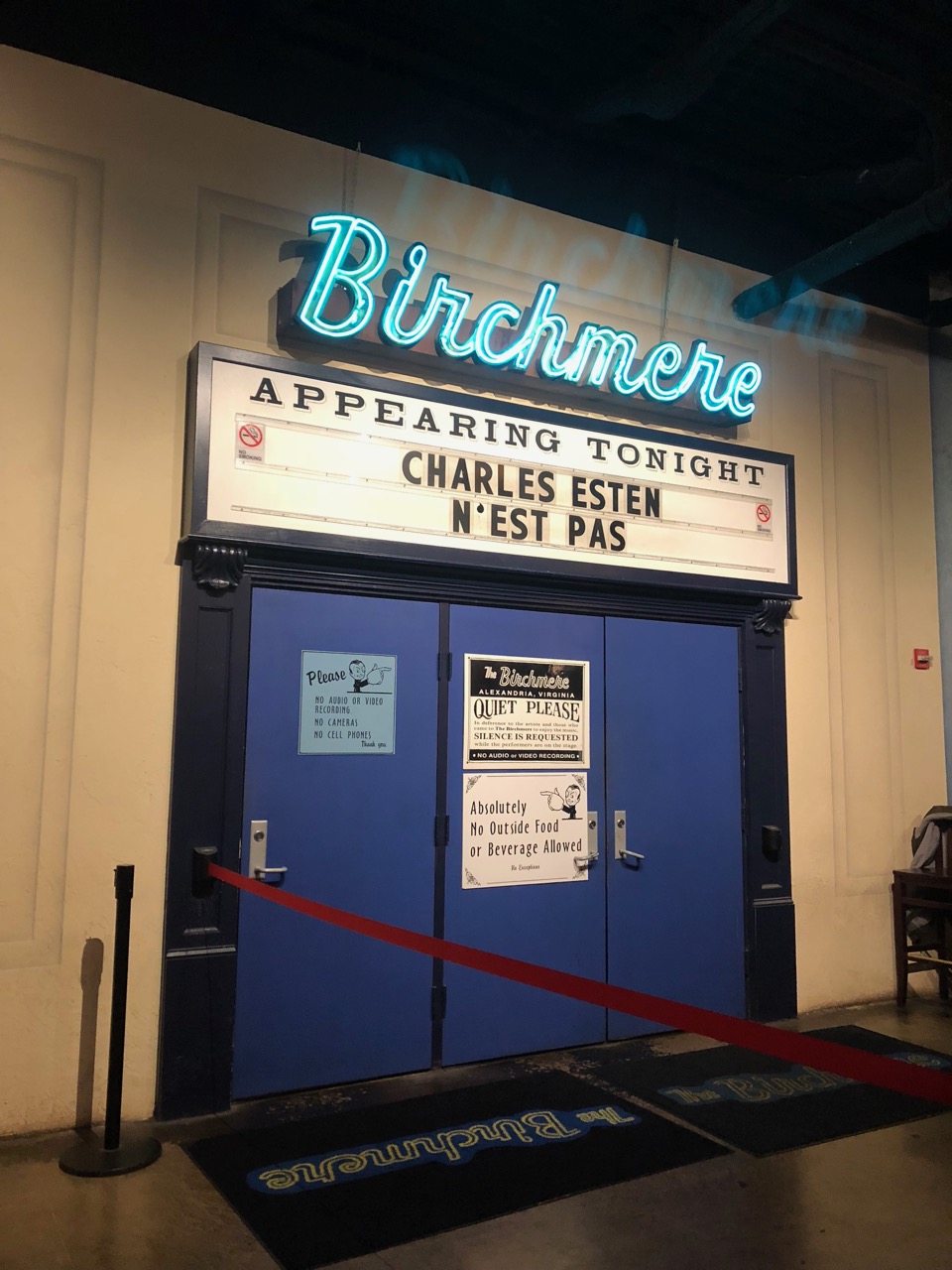 This year has been kind of disappointing in terms of there haven't been any artists playing in the D.C. area that we were even tempted to go see. Thus, we were glad Chip continues the tradition of playing The Birchmere when he's home for the holidays and with two shows again this year.

Mik didn't particularly like the opening band, which was also Chip, but in his college band. Not that he didn't like the music, but it went long and thus the concert seemed to last longer than Mik expected. He also just found it weird that Chip basically opened for himself.

Mik's favorite part was when Chip did the walk through the room thing. Since Mik can't really turn his body to see, he lost track of where Chip was and when Chip touched his shoulder from behind I thought Mik was going to be like I’m never coming again because usually he hates when things cause him to jerk and start to tip his chair back, but instead he was smiling and like that was awesome.

The Birchmere continues to be our favorite venue and we particularly like how when they repaved their parking lot they made it so it's ramped up to the sidewalk along the side of the building so the line up before it opens really is accessible now. However, they seem to have an official policy to let wheelchairs in first and a line number isn't really needed and I'm not so sure I agree with that policy.

Hopefully next year there's more than Chip that we want to see there. (The Oak Ridge Boys are playing in March, but unfortunately it was announced after I went through the hassle of getting Blake Shelton tickets in Baltimore that night and as much as Mik has been wanting to see Blake we so would've rather got tickets for The Oak Ridge Boys here and tried to see Blake at pretty much any other venue.)