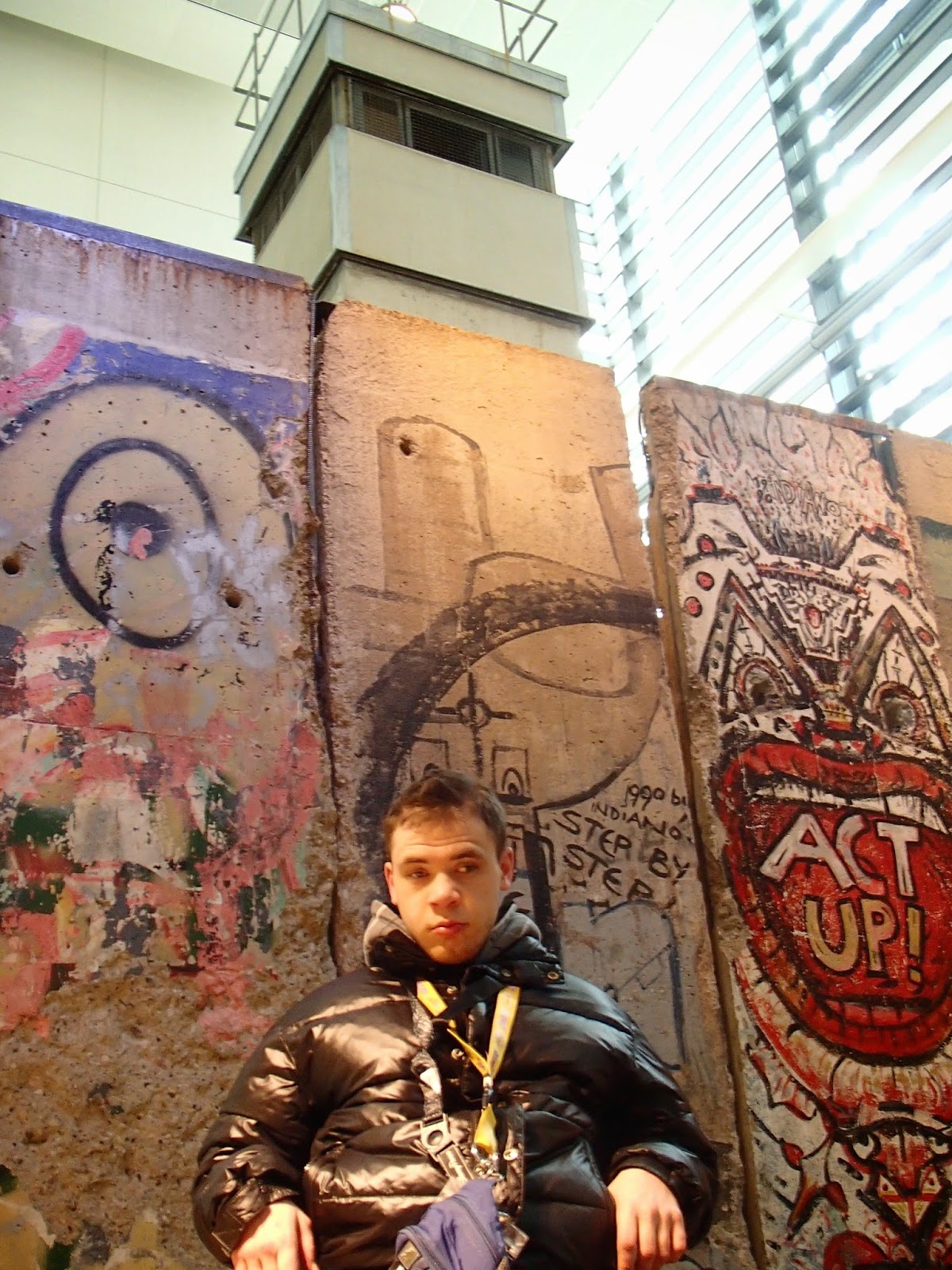 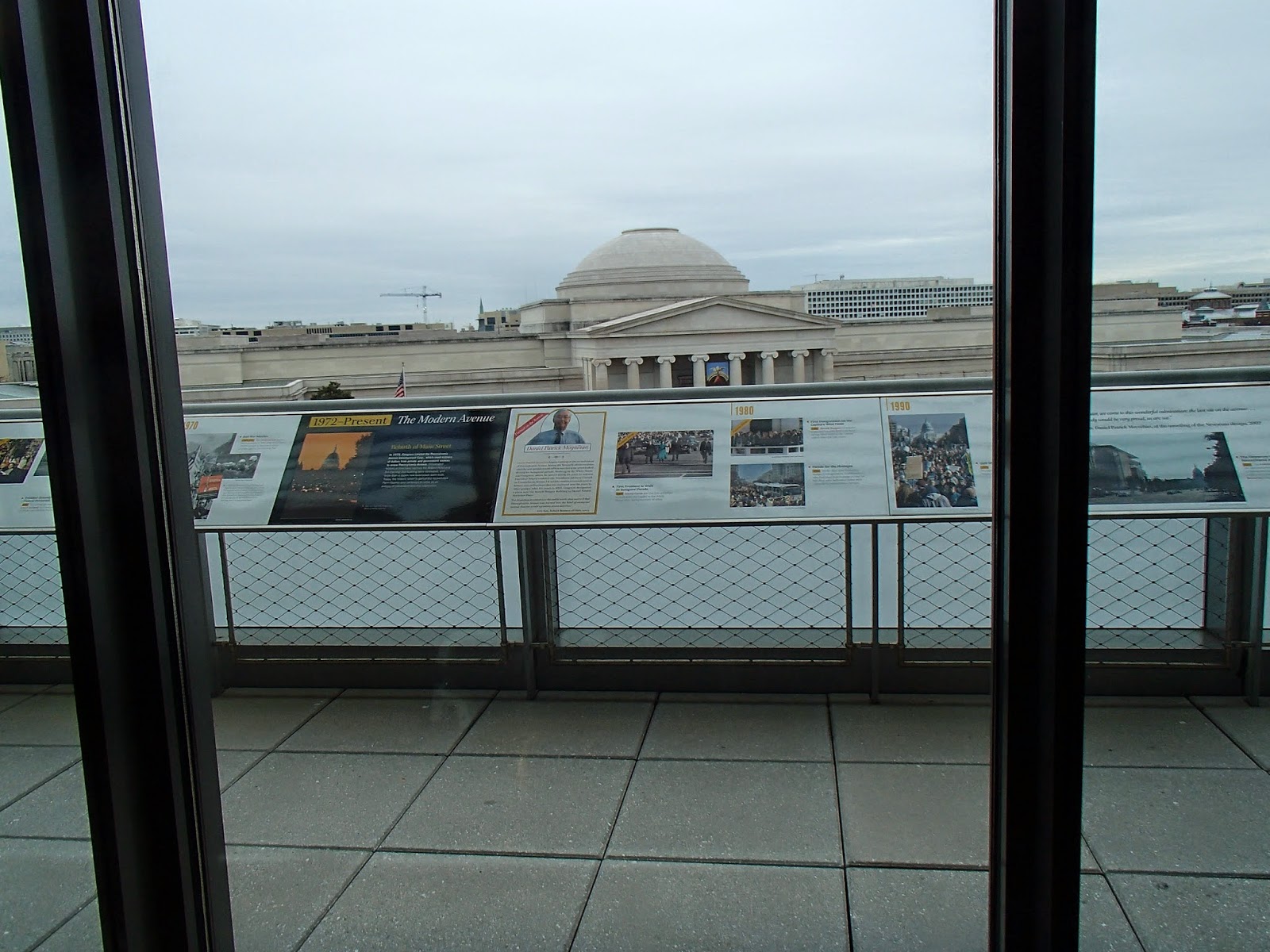 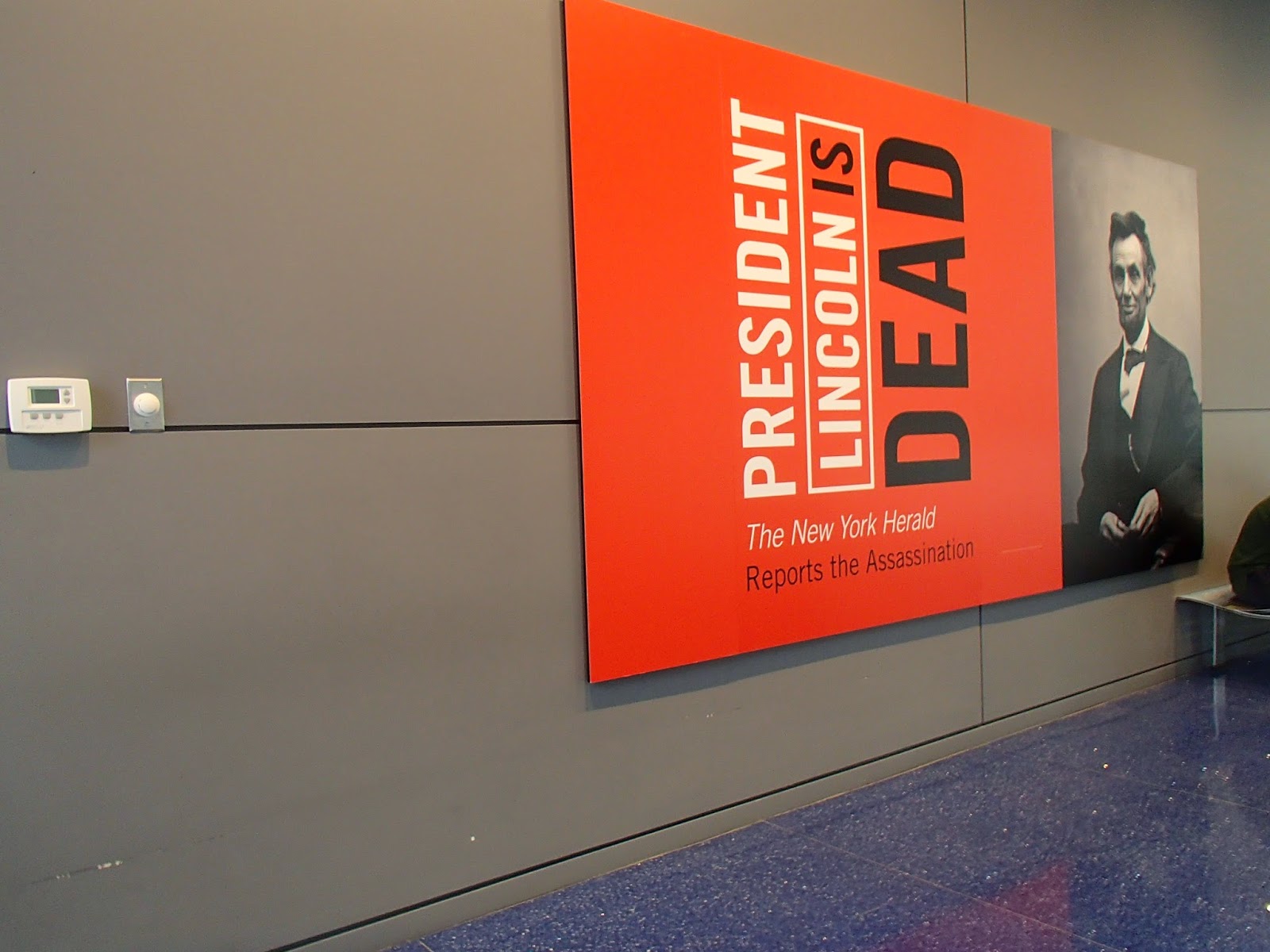 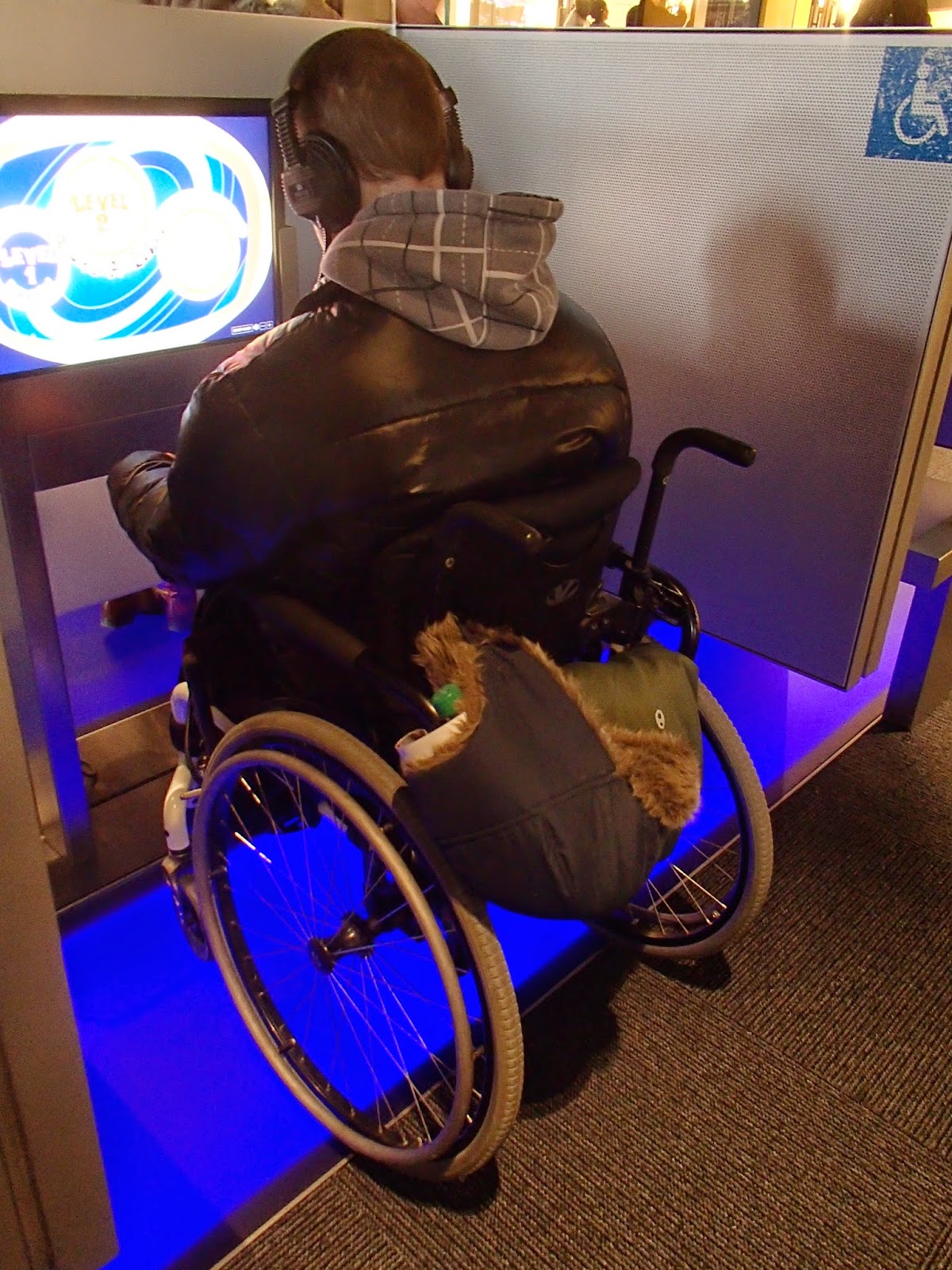 The "Designing for Disaster" exhibit explores the damage of natural disasters and how to make communities more resilient to disasters. The exhibit features a variety of photos, videos, and interactive displays. Mik found this a really enjoyable exhibit, especially the parts on earthquakes and air natural disasters (hurricanes and tornadoes).

One of the first things that captured Mik's attention was in the first room they had the video of the 1989 World Series playing in which it suddenly cut out because an earthquake caused a loss of power.

Mik's favorite part was the wind tunnel interactive display in the air natural disasters section. Here you choose what type of roof and which direction to put it on the house related to where the wind would come from. Then you could press a button for the wind to be relative to a category 1, 2, 3, 4, or 5 hurricane. First he hit the one. Then he went all the way to five and thought it was cool how it showed the effect of the roof blowing off. Also, he noted that it was nice that the display was designed on a table surface that he could easy roll under to use.

This exhibit is on display through August 2, 2015.

Accessibility Note:  The accessible entrance to the museum is G Street. The Judiciary Square Metro (Red) is the closest, but since we live near Yellow Line we find the Gallery Place-Chinatown Metro (Yellow/Green/Red) more convenient as it is faster/easier to just walk/roll an extra block or so than transferring to Red Line for one stop. More details in our first review of the museum here. The "HOT TO COLD: an odyssey of architectural adaptation" exhibit features over 60 architectural models suspended from the balconies of the Great Hall. As the Great Hall area is open to the public, you can view most of the exhibit without paying admission. With admission, though, you can go into the second floor gallery that includes more models and videos. 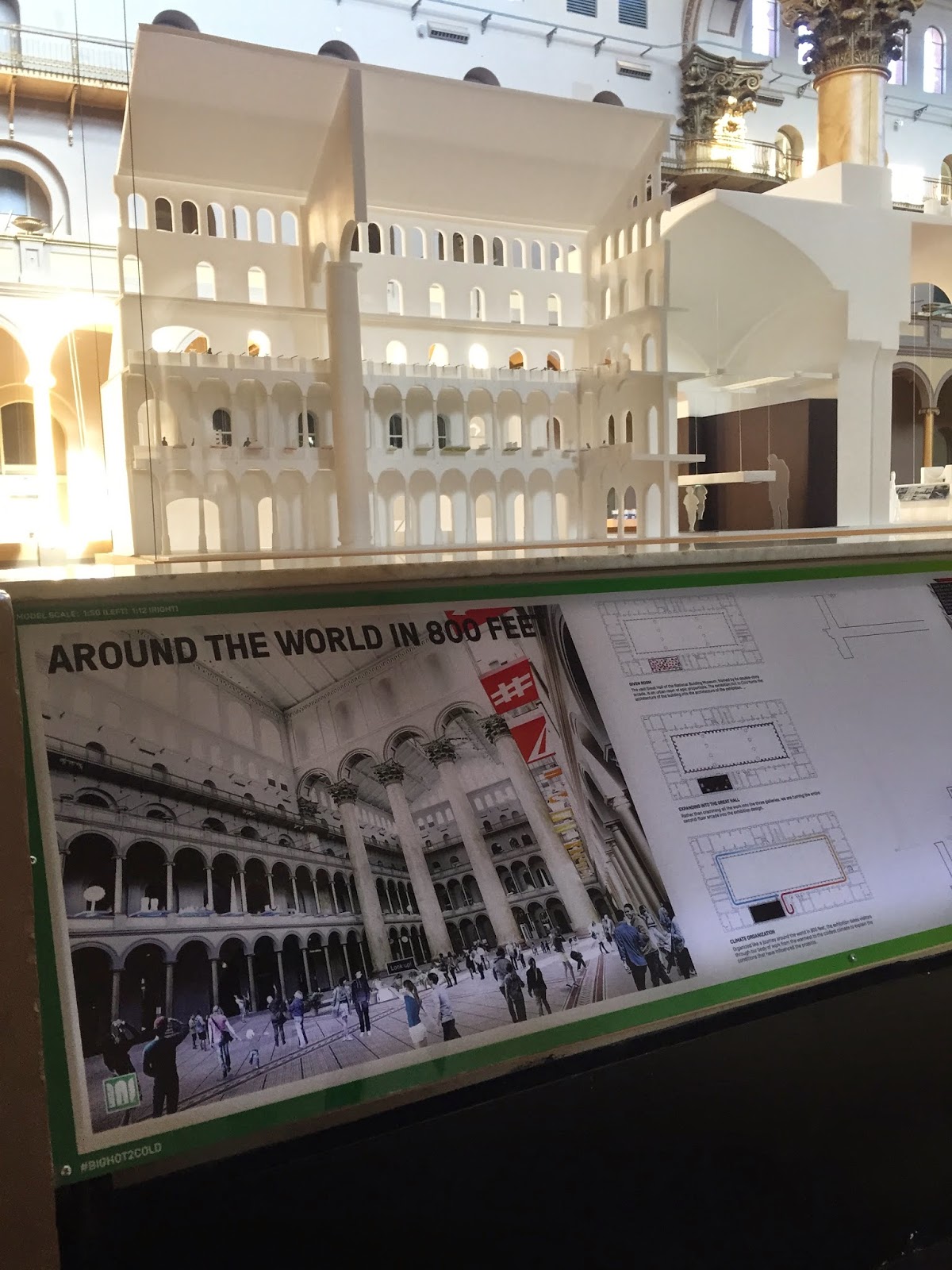 The exhibit is mainly experienced walking around the 2nd floor balcony, but from the first floor you can also look up and see symbols and colors on the bottom that reflect how they represent locales from hot to cold climates. 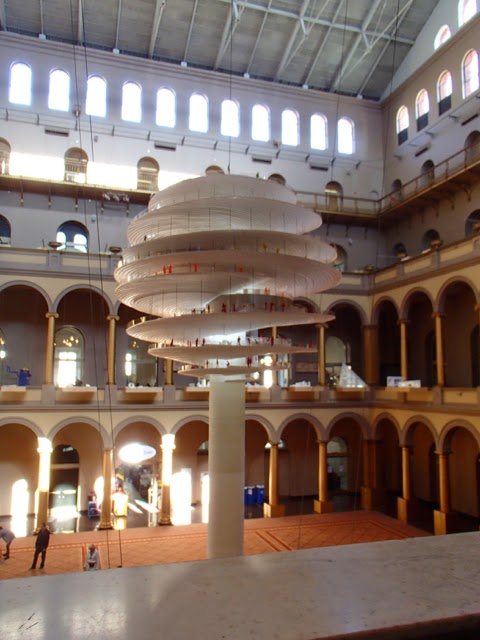 Mik enjoyed checking out the various models. Of most interest to him was the Phoenix Observation Tower (i.e. Big Pin), which is proposed for near Chase Field. I thought it was absurd, but he thinks it could be a cool way to watch a baseball game (seems too high a view for that). 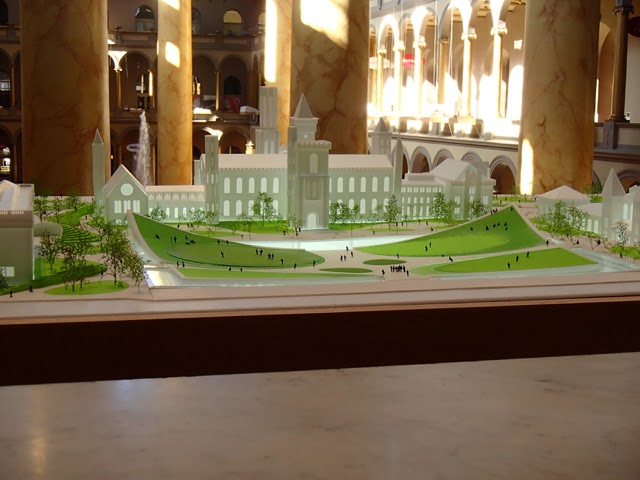 The Smithsonian South Mall campus plan and St. Petersburg Pier idea were some of our other favorite models. 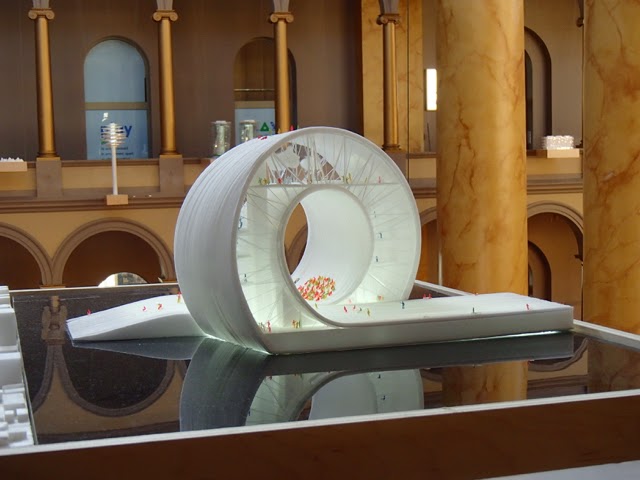 Accessibility Note:  The accessible entrance to the museum is G Street. The Judiciary Square Metro (Red) is the closest, but since we live near Yellow Line we find the Gallery Place-Chinatown Metro (Yellow/Green/Red) more convenient as it is faster/easier to just walk/roll an extra block or so than transferring to Red Line for one stop. More details in our first review of the museum here.
Posted by wildcat1001 at 11:40 AM No comments: