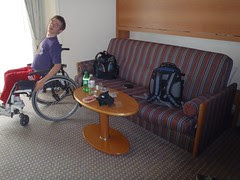 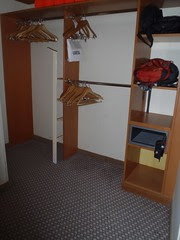 On our Alaskan cruise we were in cabin 7138 at the back of the Disney Wonder.  The cabin big enough for Mik to roll around everywhere.  The closet is even a nice big roll in one, which was a great place to put the wheelchair out of the way when Mik wanted to be on the floor or bed. 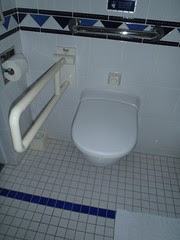 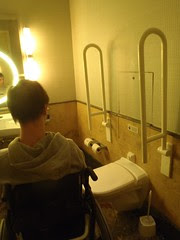 Mik really enjoyed that the toilet set up was almost like home, as the grab bar comes down from the wall and ends up being right next to you.  At home he has ones like that on both sides of the toilet so he can go by himself.  He could almost do it with the one in the cabin, but not quite.  However, he was very excited to find the one time we went in the accessible restroom on Deck 3 they do in fact have them on both sides, although kind of far apart. 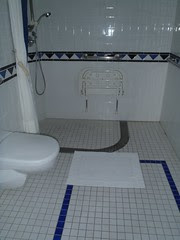 The shower is a flat roll in style one, but it kind of sucks.  The bench looks unstable with the feet barely seeming to reach the ground, but Mik said when on it seemed fine.  However, the real issue is the shower grab bar is behind the fold down seat, so he could not lean back and thus really had nothing to help him sit up.  Of course, he is lazy and sitting on the edge is just the kind of thing he should be doing more of to improve his balance, but definitely means only try taking a shower when in port if balance is poor. 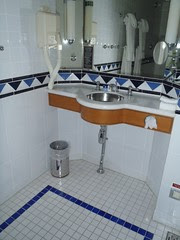 Another problem Mik had with the bathroom was the sink was very awkward to roll up to with the pipe under the sink being in the way.

The room has a bed, a couch that folds down to a bed, and beds that come out of the wall.  Be sure to leave nothing on the couch bed when the stateroom host comes in to clean.  We had been playing Monopoly and left some of the cards and money on the couch and came back later to find them missing.  We finally figured out they had flipped the bed around to make up and the cards and money were under the couch along with some trash and such from previous people.  Definitely, not fun to have to fish the stuff out, but at least we found everything. 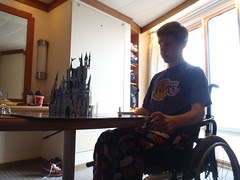 The little table in the room was great for playing Disney Monopoly on, which we bought on the cruise after wanting it for years.  There is a lever under the table that we used to raise it up as far as it goes, which was just high enough for Mik to roll under. 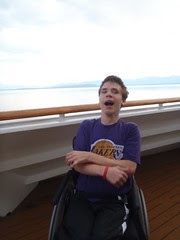 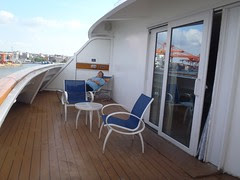 The verandah had plenty of room for Mik to go on it in his wheelchair, although he preferred to mostly stay in the cabin watching Disney movies on the various channels.  Opening the sliding door is rather awkward, though, as the handle is made to turn upwards when you pull to the left, but you have to keep it in the down position to open the door because it being up locks it.  Also, there is a top lock, but it was not ever engaged except when we did it.  The stateroom host can leave it undone if it happens to be locked when you arrive and you cannot reach it.

Overall we love the cabins at the back of the boat.  Of course, we do not know how it compares to the rest of the ship, as we have only ever stayed in the back accessible cabins.  We like then, so see no reason to try anything different.  The only problem this cruise was that the open deck in the middle of the back was sometimes quite loud.  Surprisingly, it was not an issue the day we sailed through the fjords and it was crowded, but it was annoying the two times the kids club was out there and they were encouraging the kids to yell to say stuff.  We are hoping that on our next cruise by being on the corner instead of middle we will be far enough away to avoid that annoyance if they do it again.  I do not remember anything like that happening on our Caribbean cruise. 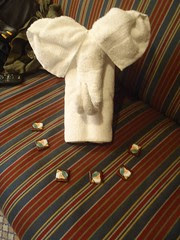 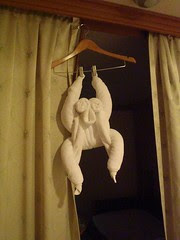 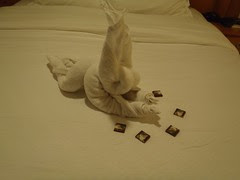 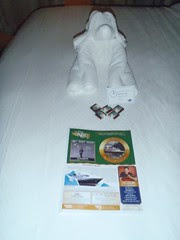 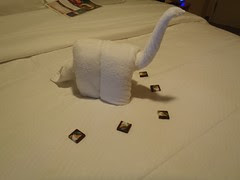