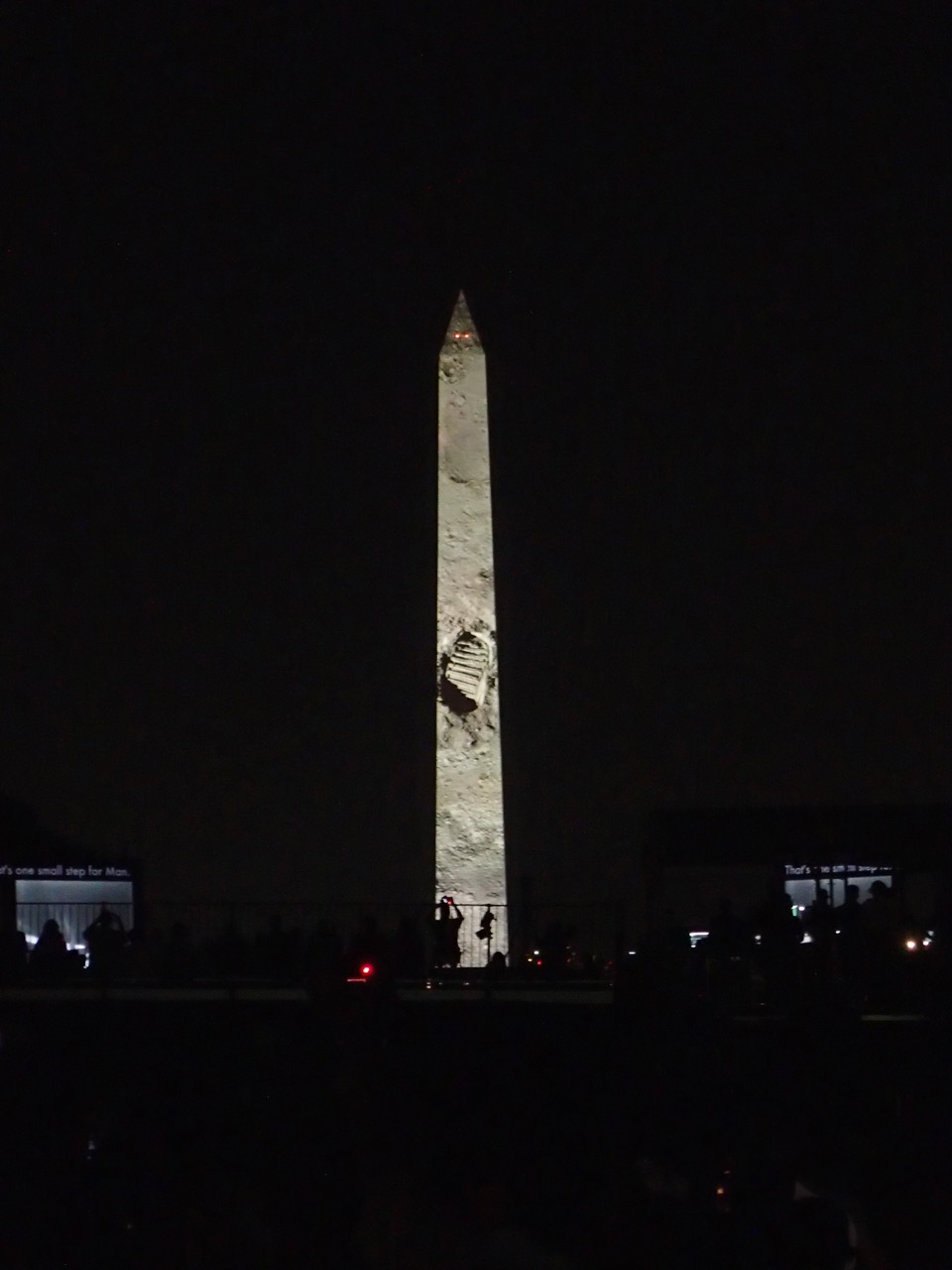 Dad, Mik, and I watched the Apollo 50: Go for the Moon projection show on the Washington Monument from the National Mall. We had originally planned to leave to arrive around 9pm, but since we were all ready to go early we ended up getting there around 8:40pm. By that time it was already too late to get a spot in the area in front of the bleachers unless we stayed on the side. 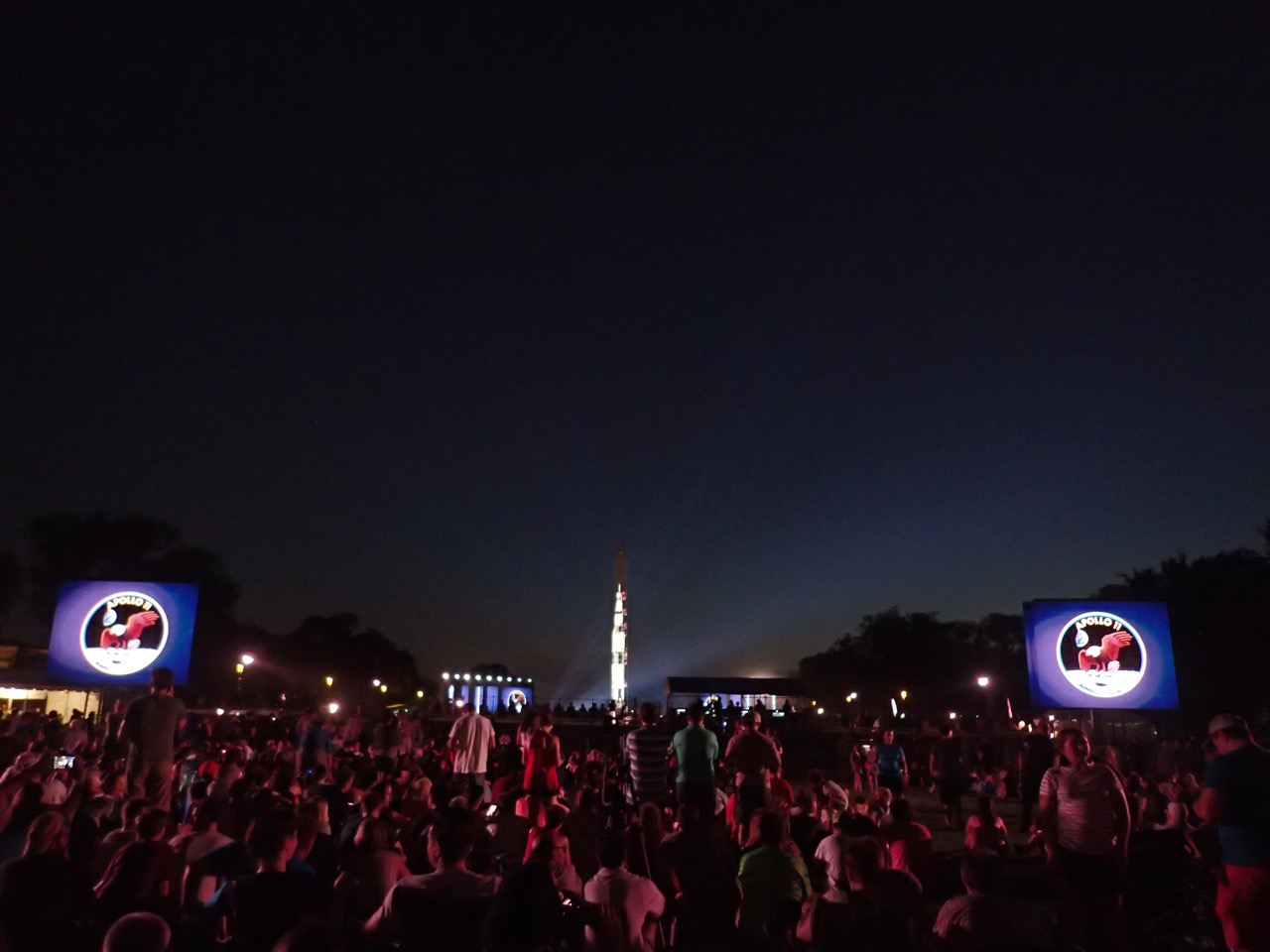 Thus, instead we ended up in the middle in the section behind the bleachers, although we couldn't get a spot far enough back to see over them unless we wanted to be almost at 9th street. It worked out as a good view, though, and since it was a feels like in the upper to mid 90s that evening, we certainly wouldn't have wanted to end up out in the heat any earlier/longer in the day. 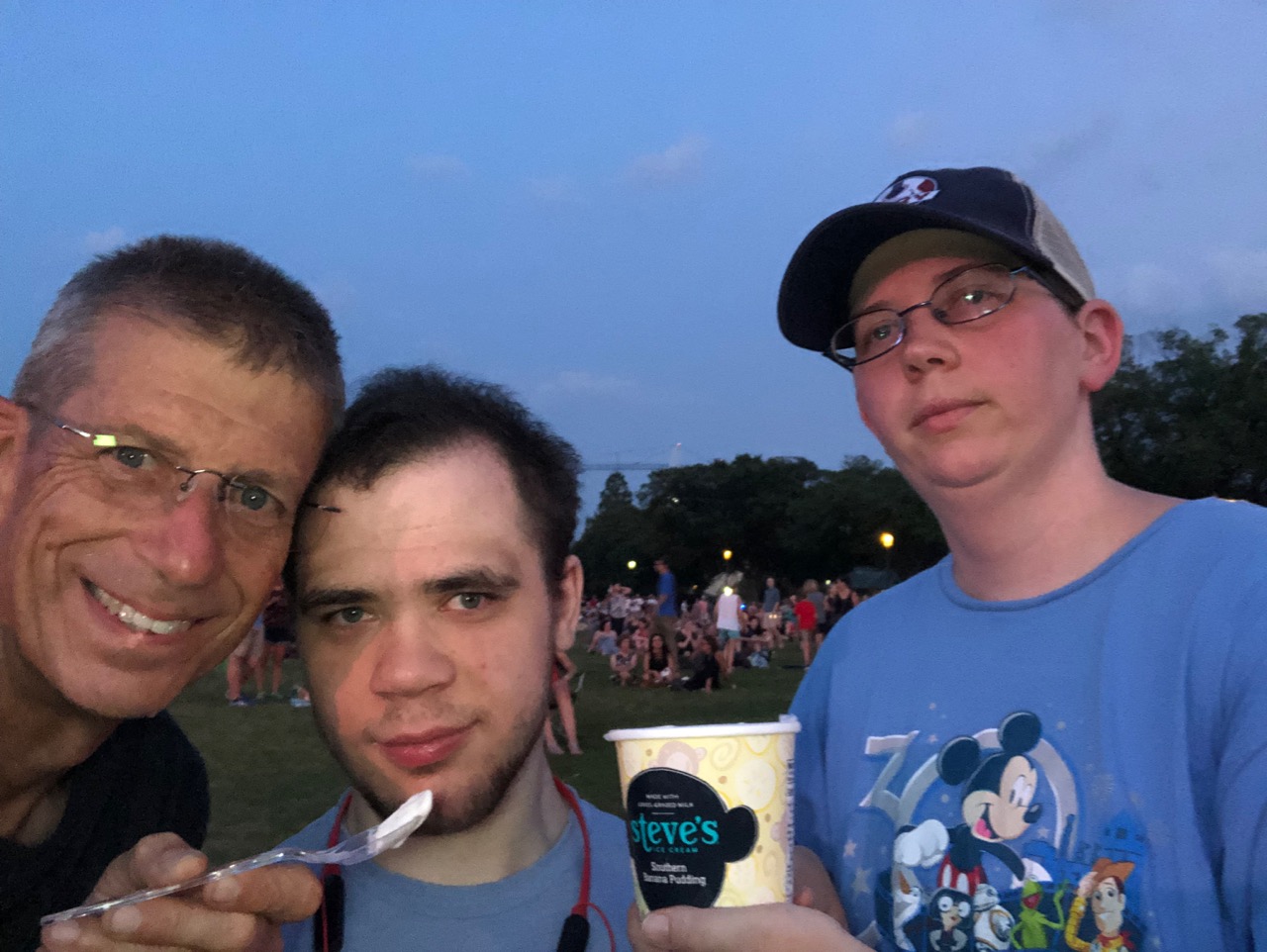 The pint of ice cream I brought along helped pass the time and keep us cool. 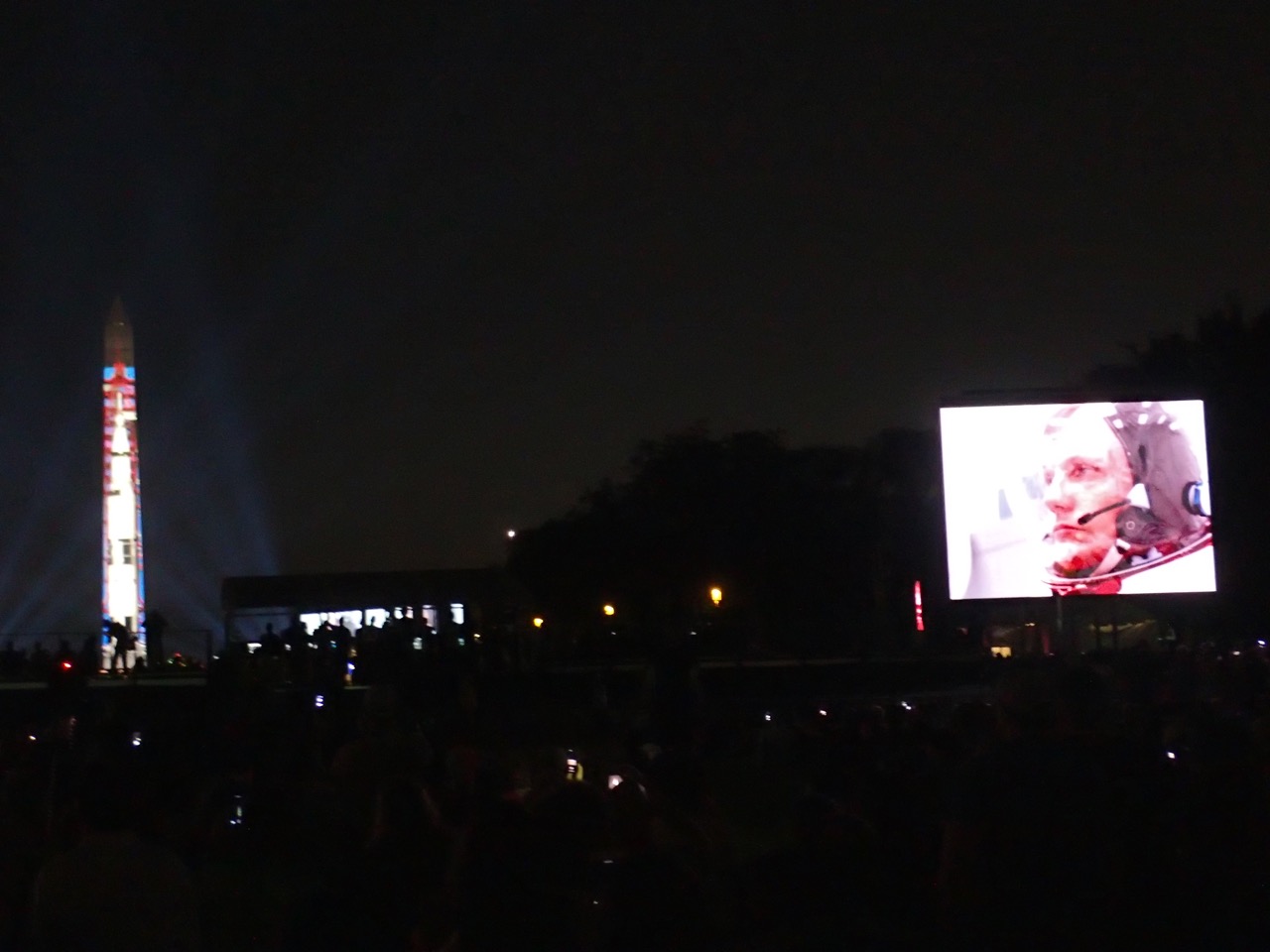 We all really enjoyed the show, although it was hard to really take in both the side screens and the Washington Monument projections. At least from where we were, you really had to choose to look at either one of the side screens and/or the Washington Monument. The show on the monument changed somewhat slowly from the building of the Saturn V to the launch to the moon landing to the splashdown while the side screens mostly showed historic footage from things like President Kennedy's to mission control in Houston, but it was often different on both sides. 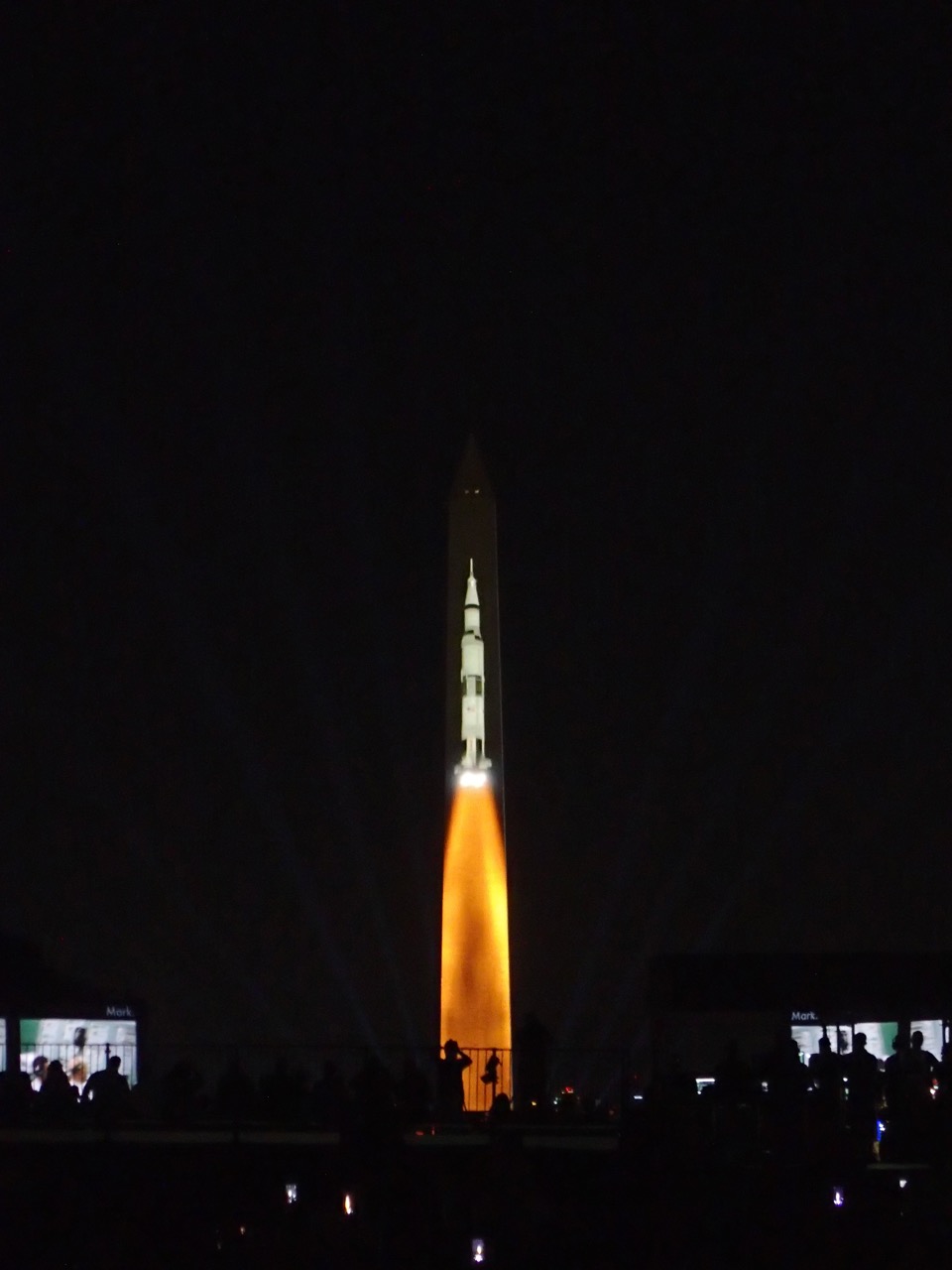 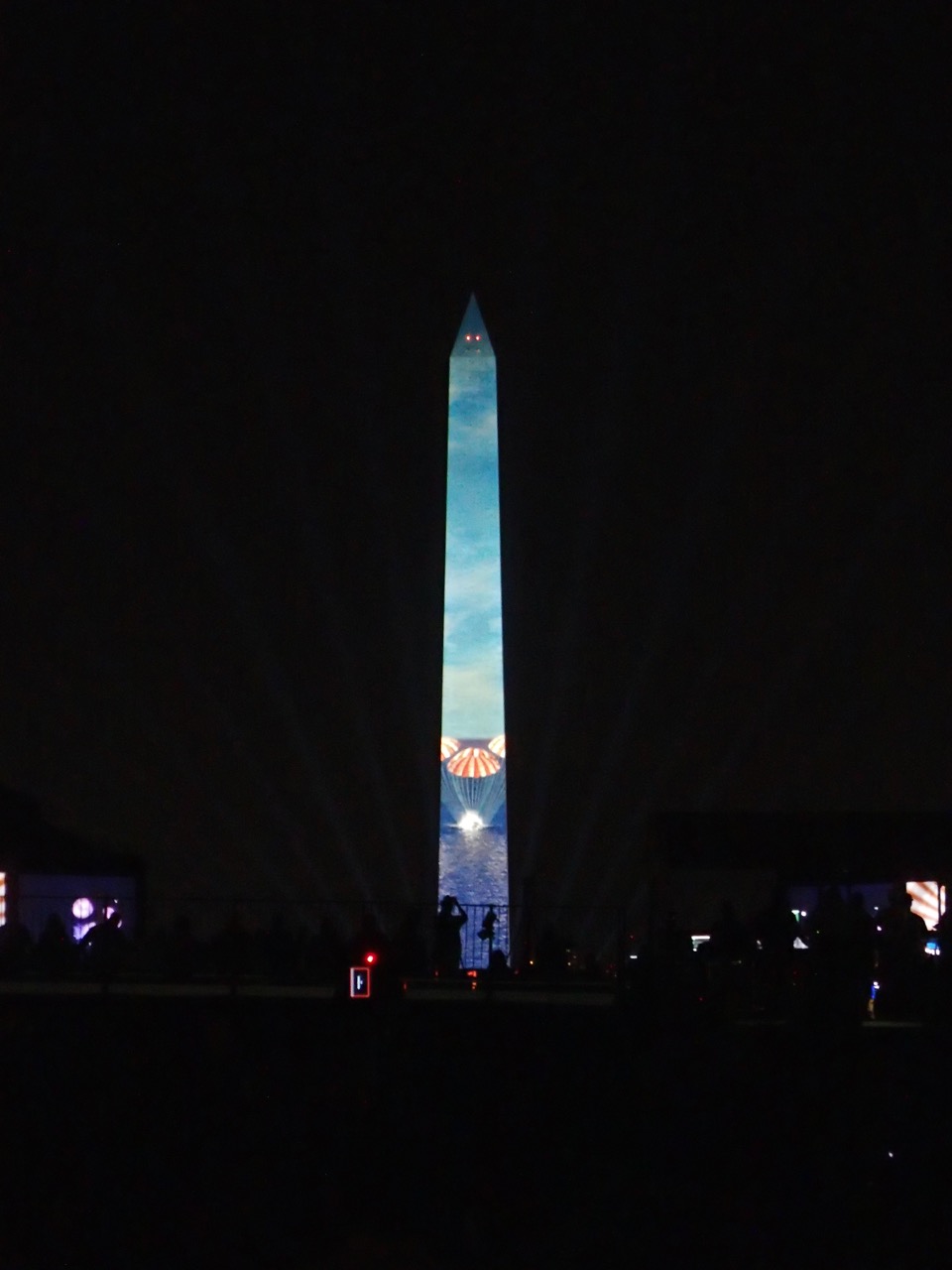