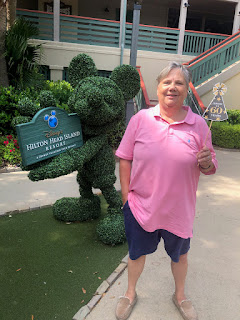 Originally we had planned to celebrate Mom’s 60th birthday with a Norwegian Fjords cruise in September. When it became clear it wasn’t going to happen and with Destination D cancelled last year we had banked DVC points that had to be used this year, we decided to try out Hilton Head. Unfortunately, I thought of it too late to even have a chance of booking for or near Mom’s birthday in July, but after weeks of checking I did finally find two nights in a row that would at least use the points we had to use this year. While it also happened to be Father’s Day weekend and near Mik’s birthday, we specifically only celebrated Mom’s birthday. 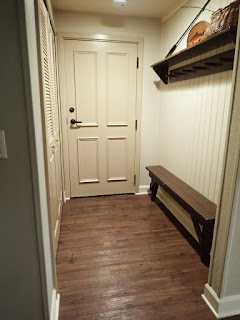 To the side after entering is a nice little area to leave your shoes and beach stuff. It also is where the studio would connect if you book a 2-bedroom lock-off. 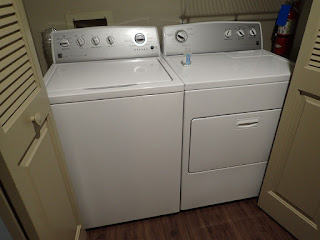 Laundry is located in the entry area. Not a fan of the top loader as it was hard to fish the socks out of when unloading, but it is somewhat preferable to the usual stackable and allows for larger loads. 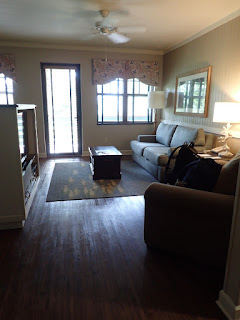 Mik liked that the living room had a fold out chair as well as sofa as we ended up only having to use the chair leaving Mik with plenty of floor space for him to hang out along with the TV being at a great height for him. 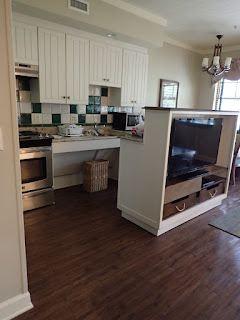 Kitchen area was one of the worst we've seen. It is usable, but would be annoying if we were actually staying more than a few nights and seems odd for a place that you would really need the kitchen if you stayed a week since there is no restaurant and a rather limited quick service (and even more limited the usual due to not being back to full regular operations or so I assume with it's hours being only until 5pm when we were there). 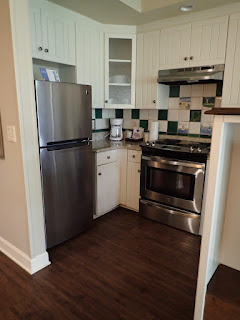 We found the fridge to be rather small as we almost didn't have enough space for the limited stuff we had brought with. It certainly would have been annoying if we had done this as our usual family trip, which we had considered for 2022 since we aren't sure we want to do WDW again, yet (mainly because no annual pass, but also majorly turned off since they replaced Great Movie Ride with something that requires a transfer). 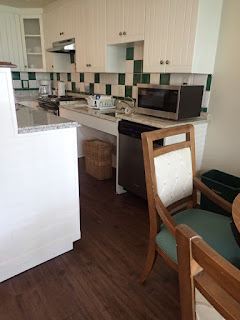 The design with it ending at the table ends up with it being a tight fit for wheelchair to go through kitchen. Mik even found it hard to crawl that way and thus was basically stuck in the living room when the folding chair bed was out if we hadn't moved the chairs to each side by booth seating, which at least there was plenty of area for that to be done. 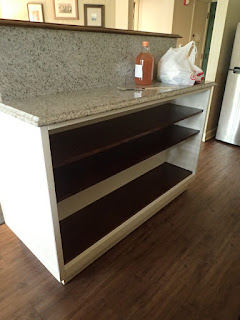 We did like the open shelf and counter design on the side behind the TV. Just wish they had made the path in kitchen slightly wider, but then you really would have a problem with the fold out beds in living room, I guess... 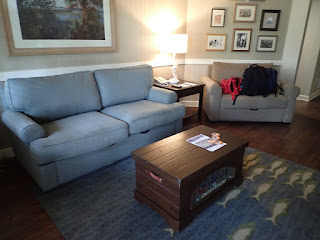 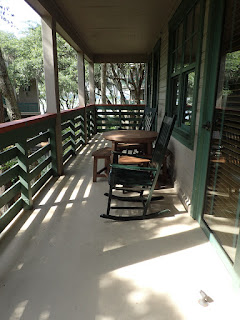 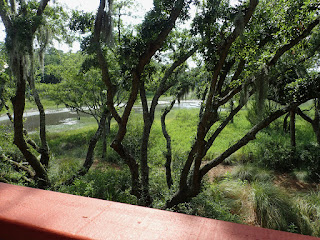 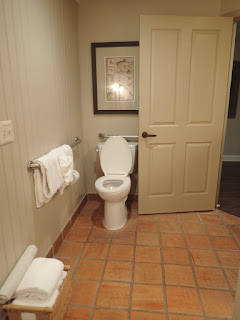 The bathroom was kind of awkward with how the door opened by the toilet. Overall the design is okay. Unfortunately, for Mik it just didn't work to use by himself since he has trouble when there is only a grab bar on the right side. 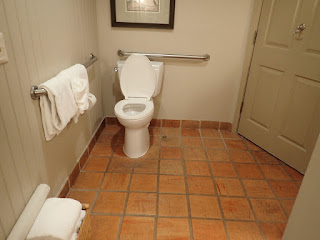 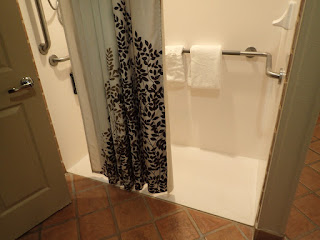 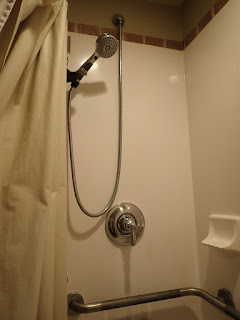 The shower was rather strange. With it mounted off to the side it was awkward and difficult to get it angled to stand under. The hose length was then also made it not that easy for Mik to use either. 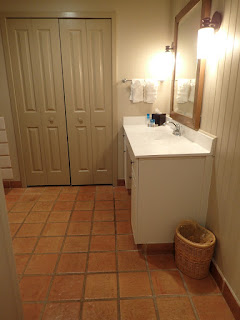 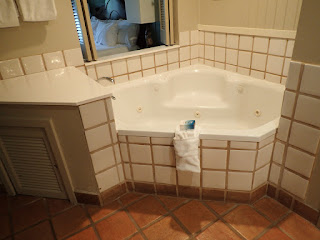 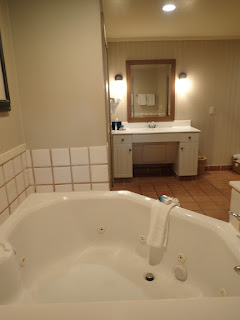 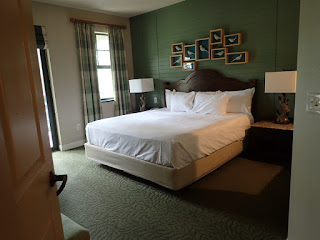 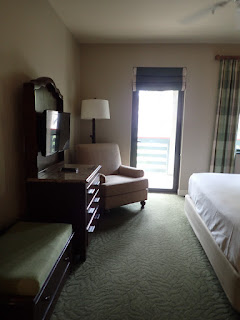 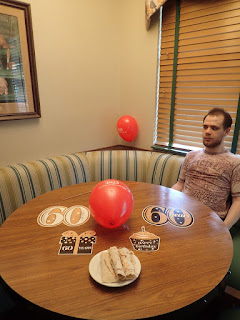 We decorated for Mom's 60th similar to what we had done for Dad on our Panama Canal cruise. We also surprised her with some lefse. Not the same as getting to go to Norway, but it was one of the best batches Kirsten and I have ever made. 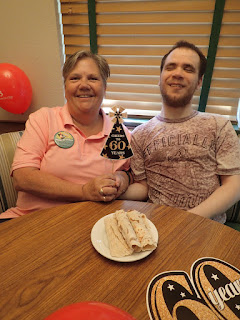 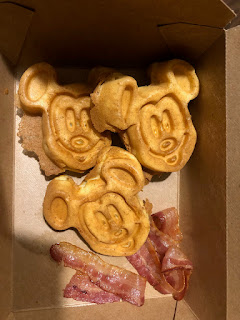 Mik was happy that he at least still managed to get Mickey waffles. He actually ended up saving them for breakfast at home the next day, though, as instead he filled up the fresh beignets. 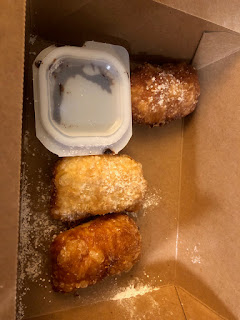 Overall it is a decent beach resort, but certainly not somewhere we would have likely ever considered if we didn't have points we needed to use since I am not into the beach and Mik finds it no longer worthwhile as he has gotten older. While DVC is all about "Welcome Home" this is too much like being at home since we now live in Myrtle Beach and it really feels like you could pretty much get the same experience if not better at any other resort at Hilton Head. Perhaps, if the room design had been better, we might have kept it on our maybe list for our annual family trip, but now we won't even consider it and would probably rather risk the annoyance of RCI exchange or even just losing points instead (or maybe even settling for a non-accessible non-park WDW trip).