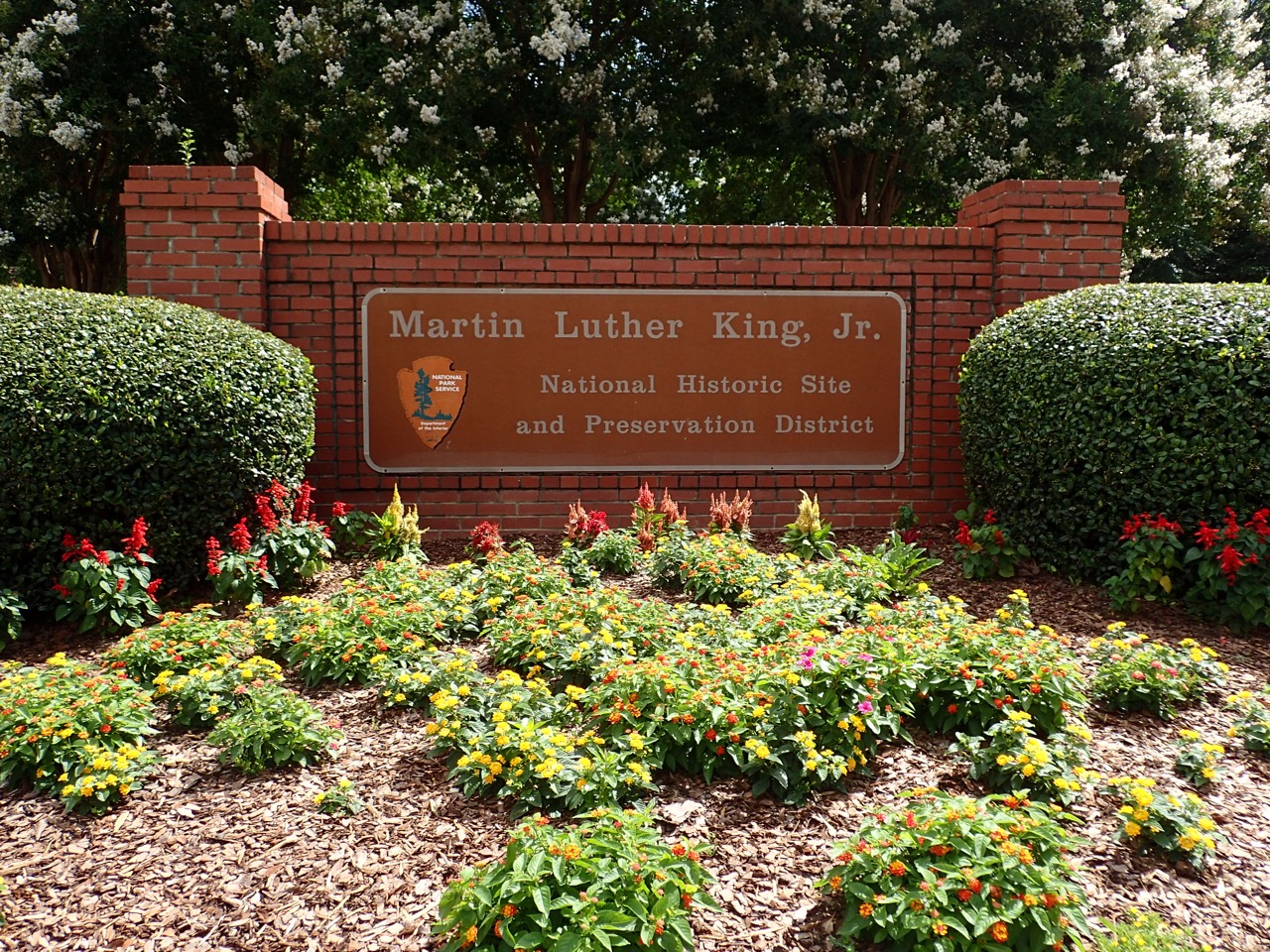 We started our visit to the Martin Luther King, Jr. National Historic with the movie in the Visitor Center. The theater is set up with areas in the back row as well as in the middle of the front row for wheelchairs. Upfront seemed too close, so we sat in back, although that then kind of seems too far as the size of the screen is somewhat small for the size of the room. It was still a very worthwhile movie to see, though. 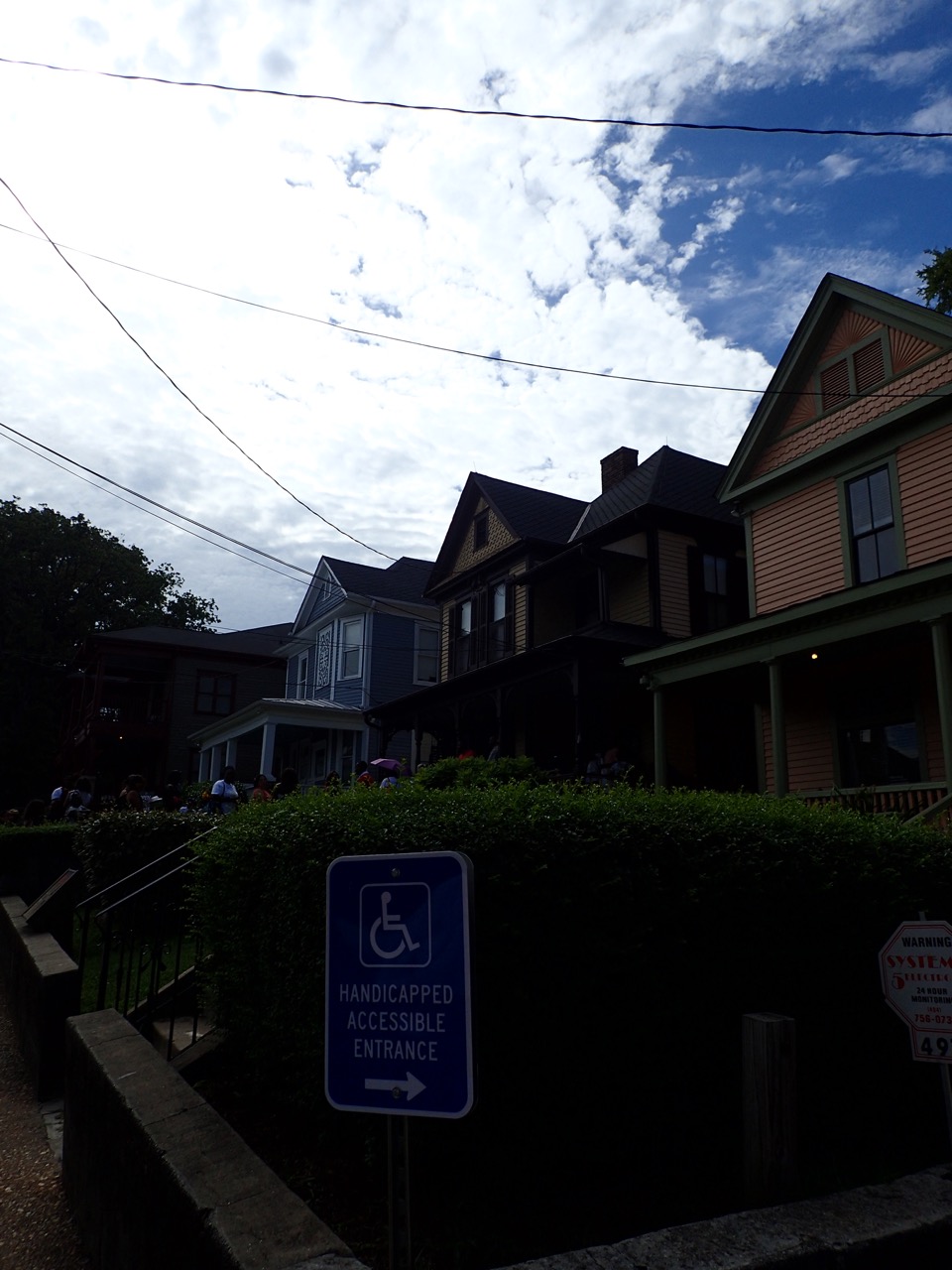 After the movie, we headed up to the Birth Home, which was being done as an open house from 10am to 11:45am during our visit. When we got near the house we saw a sign pointing to an accessible entrance by the house next door. It turned out that was the access to the gift shop, which has a ramp up into it on the backside. 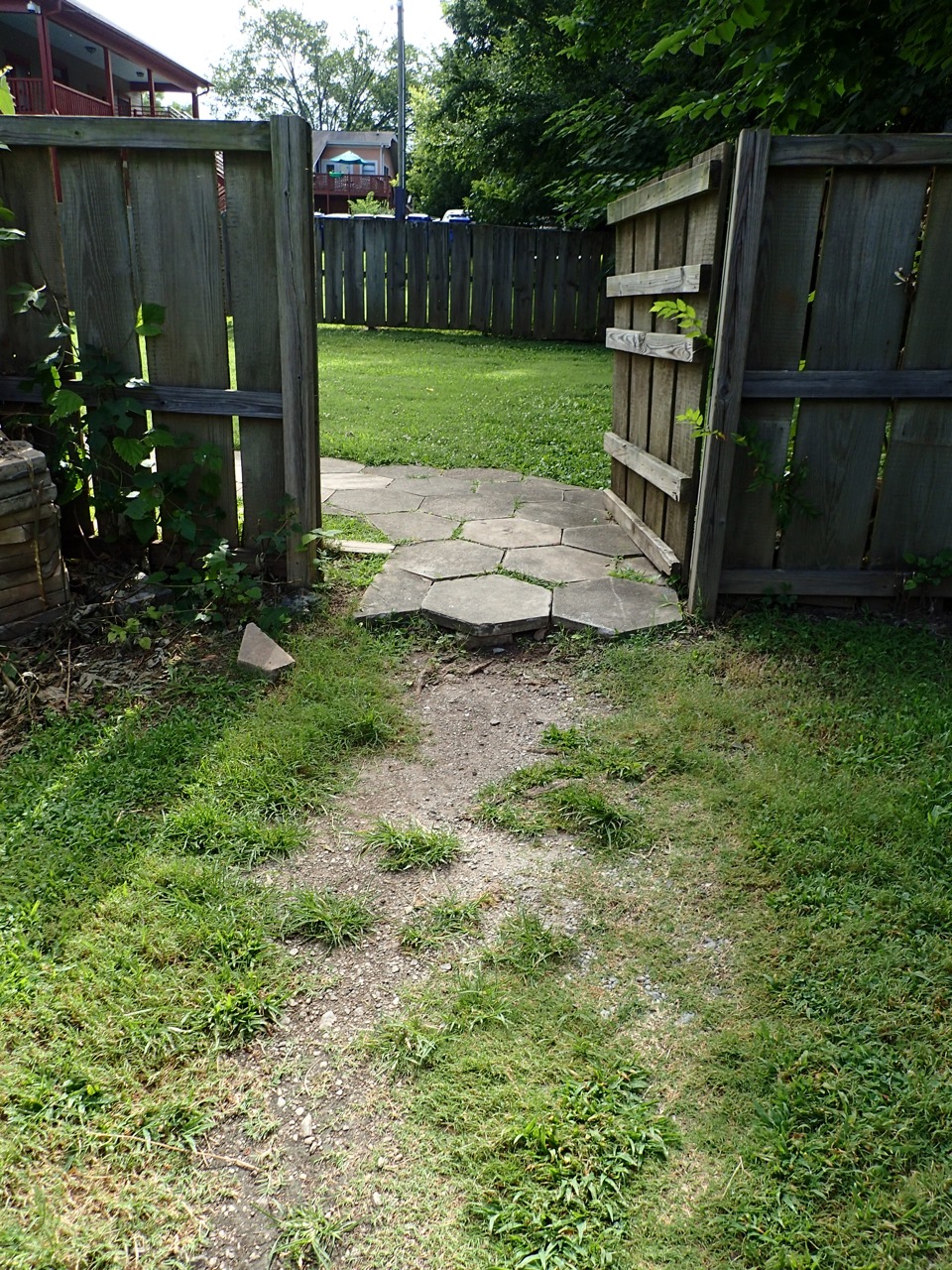 From the gift shop, they directed us over to the house from the backyard as that’s where the accessible entrance is to the house. They made it clear it was somewhat difficult that way, so it wasn’t unexpected that we had to go through the grass and there was a step up onto the paver sidewalk into the Birth Home backyard. 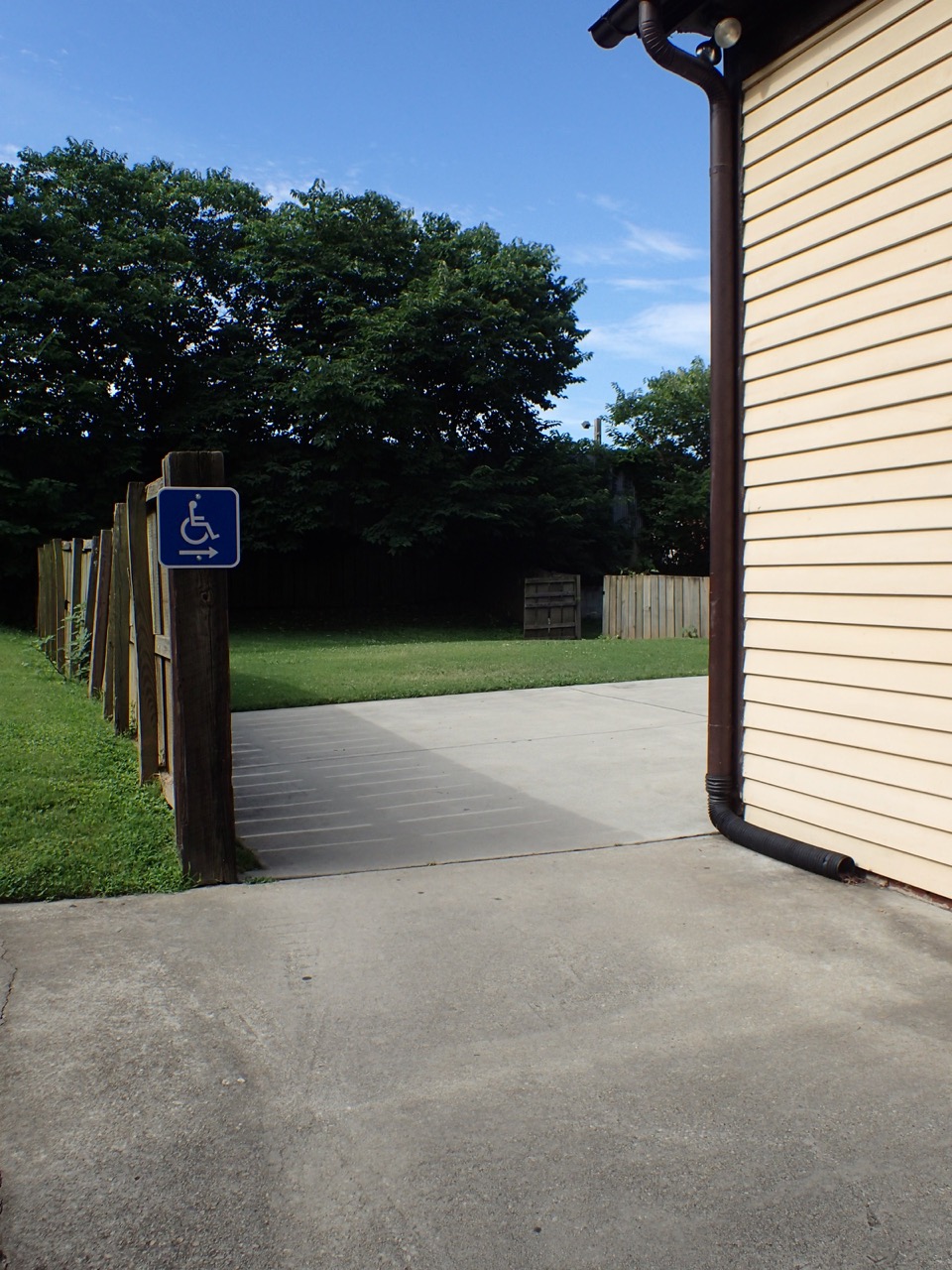 Once we were in the backyard, it isn’t clear what to do because the tour starts in front. Thus, we went down the path to the front, which is an easy access path and really the way to access the Birth Home. Once in front, there was a line down the sidewalk waiting for their turns. It was impossible to get to the back of the line and half the line ends up going up steps before you even get to the park rangers. Mom cut through the line to get up to the porch and ask the park rangers what to do. They didn’t exactly seem to have a protocol other than obviously the wheelchair enters through the back. Mom just suggested she’d wait in line and then they could let us in from the back when she got to the front. 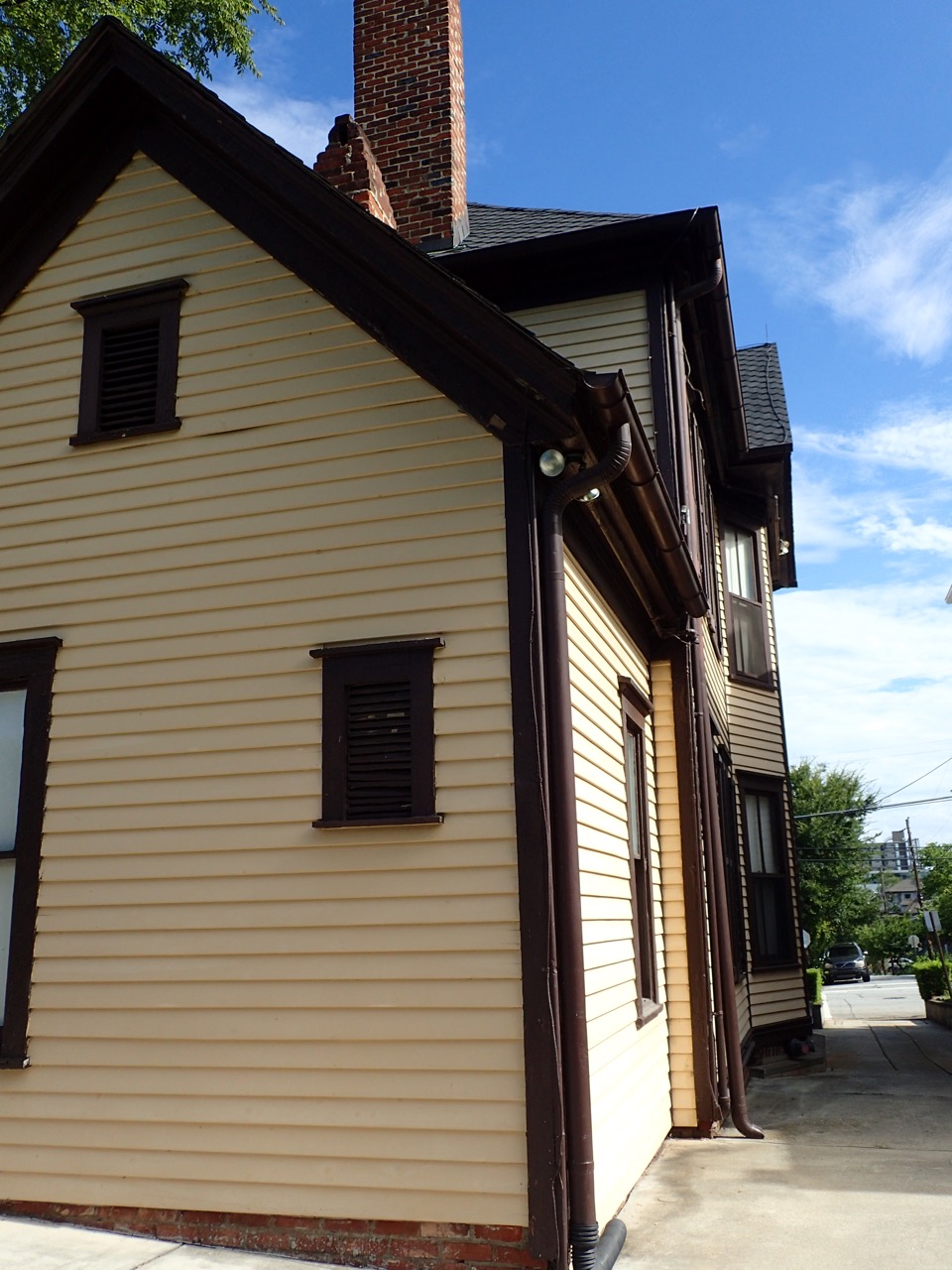 Overall this concept worked except the park ranger let us in from the back and we just assumed they were letting us in because Mom was on the next tour. She was supposed to be, but the ranger letting the group in said they only had room for one more person and Mom thought she couldn’t join because she was saving space for us to join. No big deal as she just ended up one tour behind us and it’s not a long tour, but it kind of added to the house tour not really being all that worthwhile. 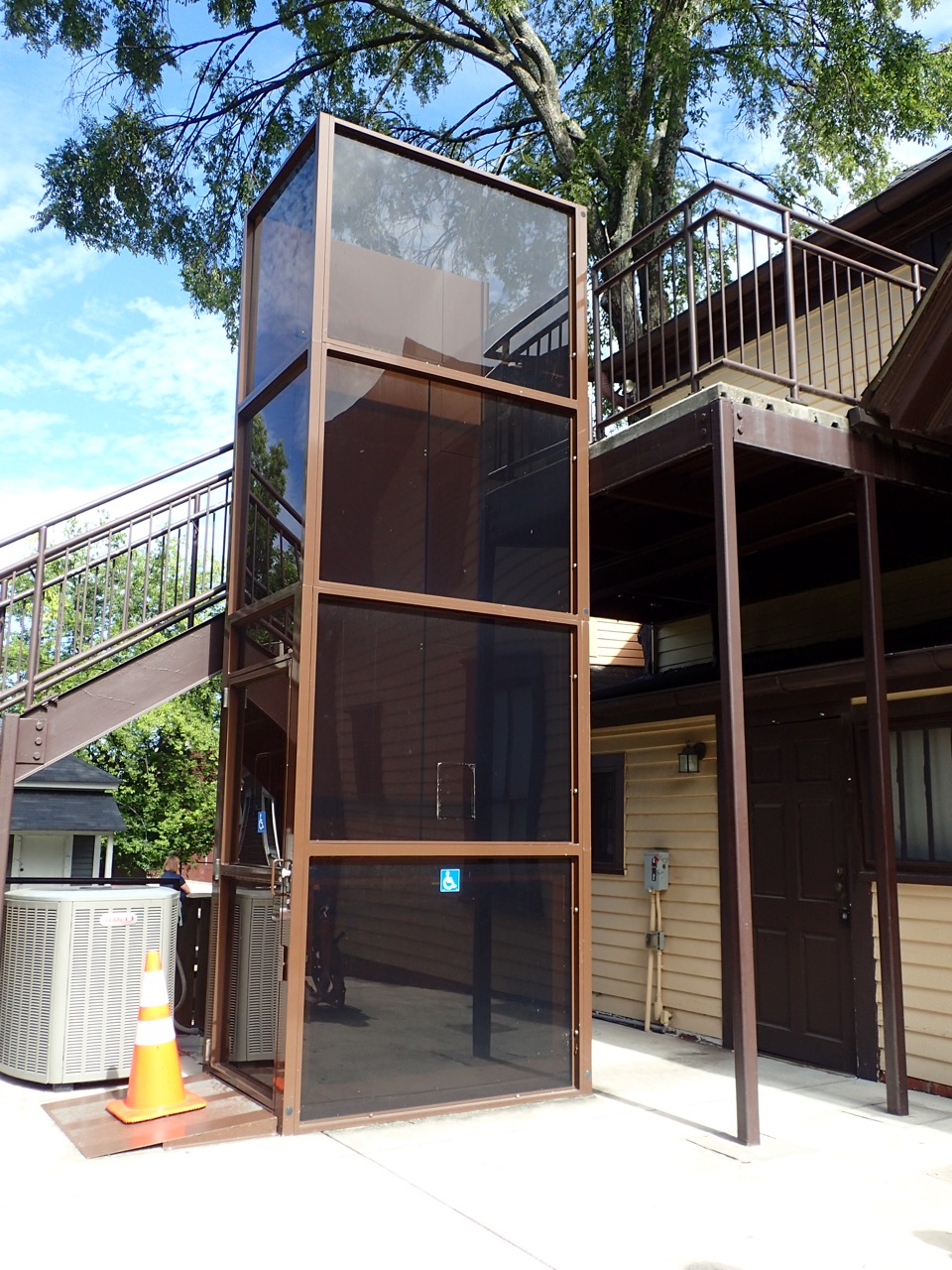 The Birth Home tour wasn’t bad, but they sure pack you in and it really felt rushed through without much information given. Also, it was only the first floor because the second floor was closed, which to some extent we knew could be the case because the lift to it might be out. However, it was unexpected that the second floor was off limits to all tours due to structural problems and there isn’t a notice about that on the website. On the way back to the car from the Birth Home, we walked through the King Center outdoor area with the reflecting pool, Martin Luther King, Jr.’s tomb, and an eternal flame. There are stairs to access the area from the street, but there is also a ramp on both ends and one end actually had the stairs closed off and only the ramp access was open. 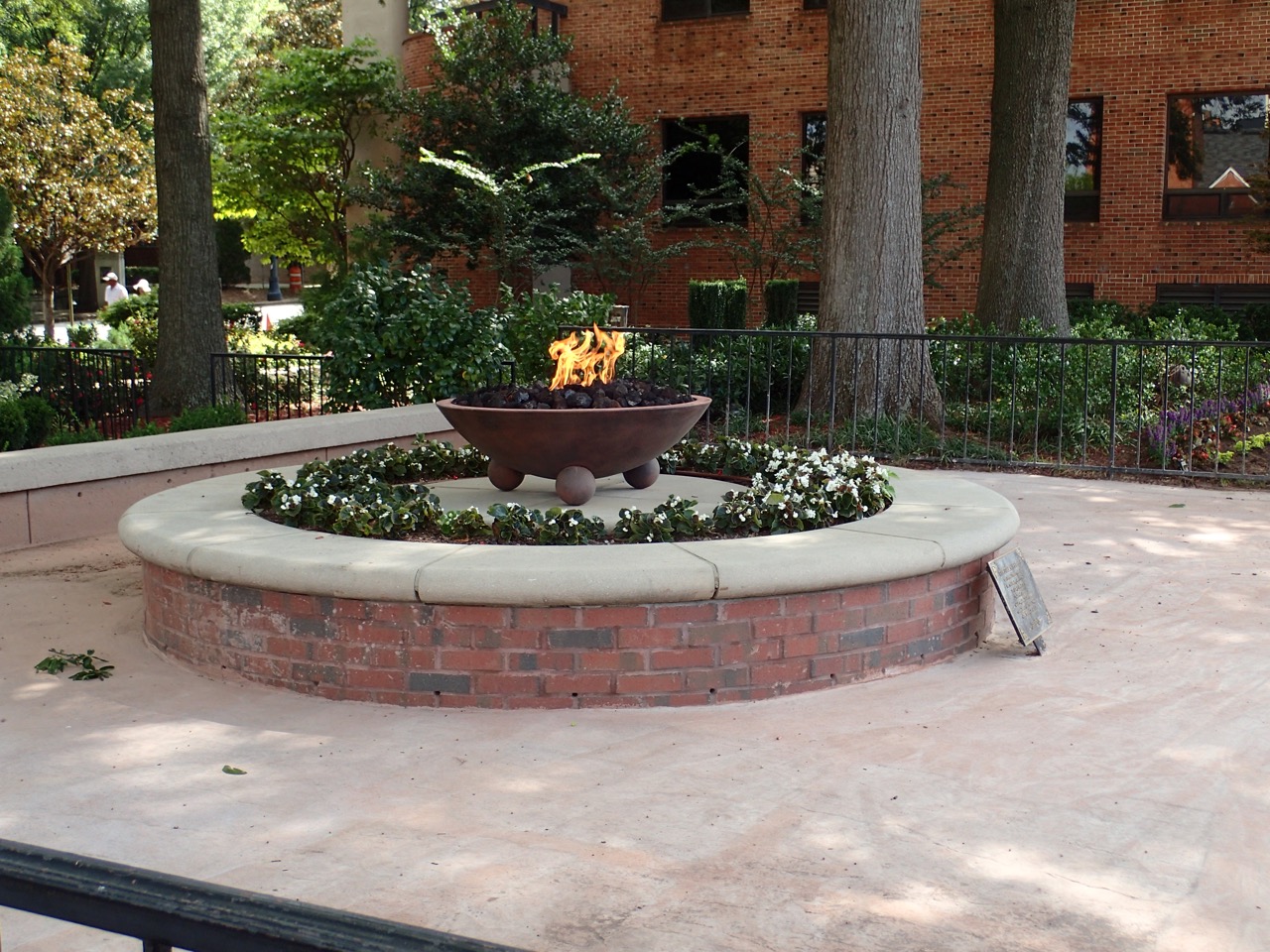