Canopy by Hilton The Wharf DC

We originally had planned to stay at the Canopy by Hilton The Wharf only for New Year's Eve, but ended up there a few days early due to losing part of our power (the important part that ran the heat just enough to make our boat liveable in the cold). The first few nights we stayed in a one-bedroom suite and then moved to our original reservation of just a room. The one-bedroom suite was definitely better with more space, but the room was still quite adequate for just the two of us. 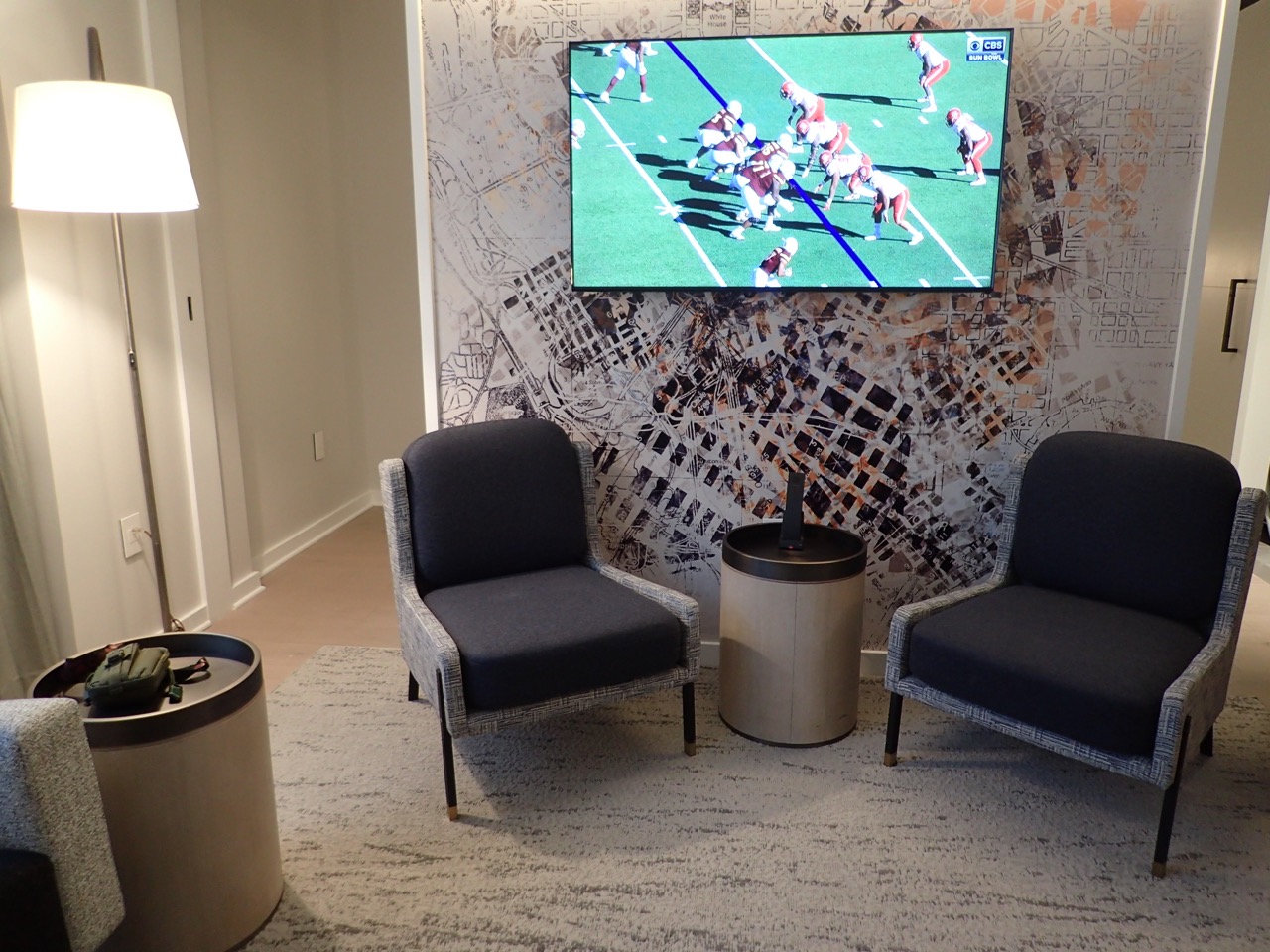 The one-bedroom was nice in that it did allow us to each have our own space and TV. However, it was a little awkwardly designed in that one switch controlled both the lights above the TVs so Mik couldn't have it on like he wanted in the living room area overnight because then the bedroom one would also be on and it was too much light for me. 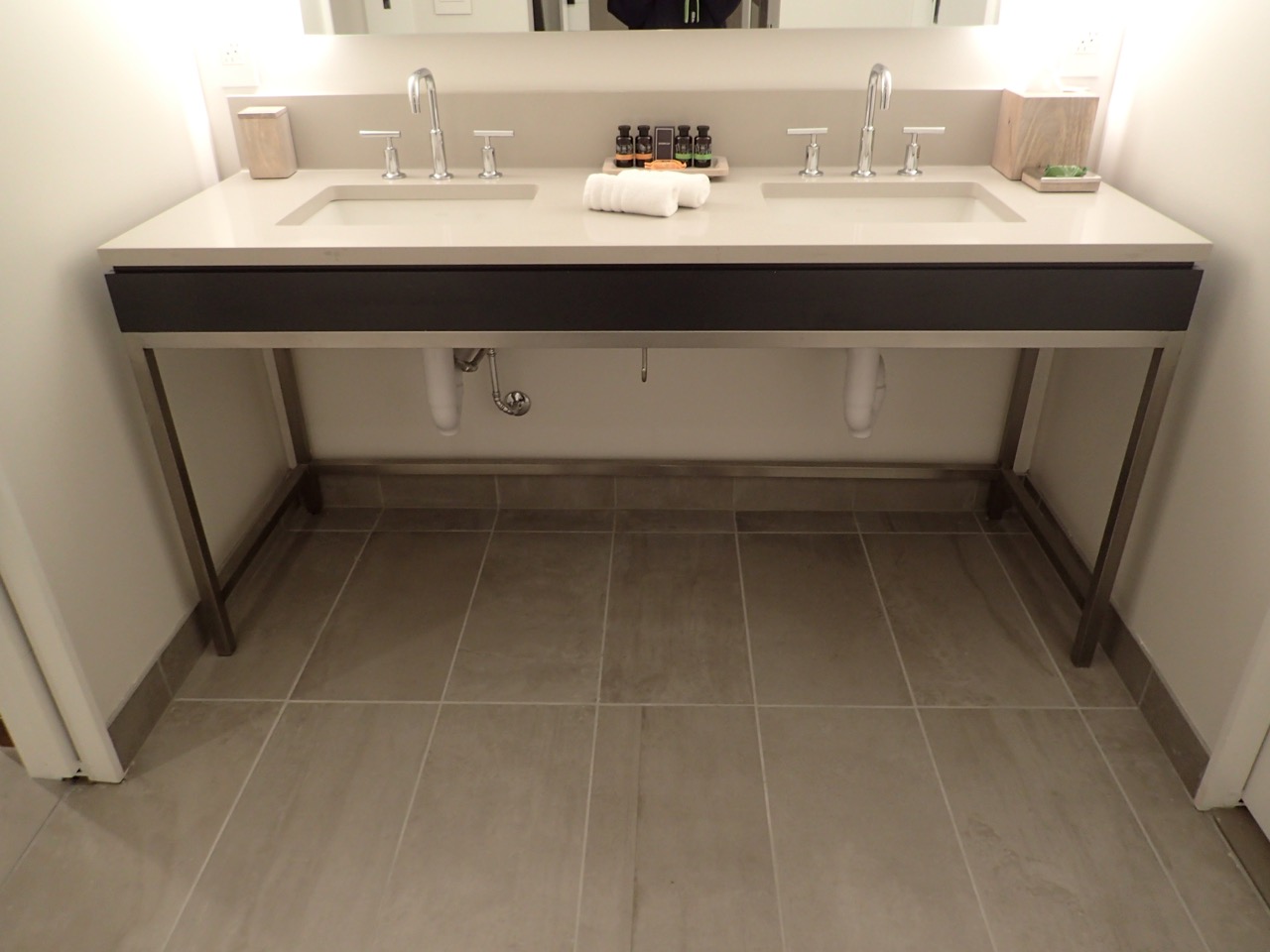 The dining table area was also nice to have in the one-bedroom and the bathroom area was a little large with double sinks outside of the shower/toilet area. Other than that the room amenities were pretty much the same. 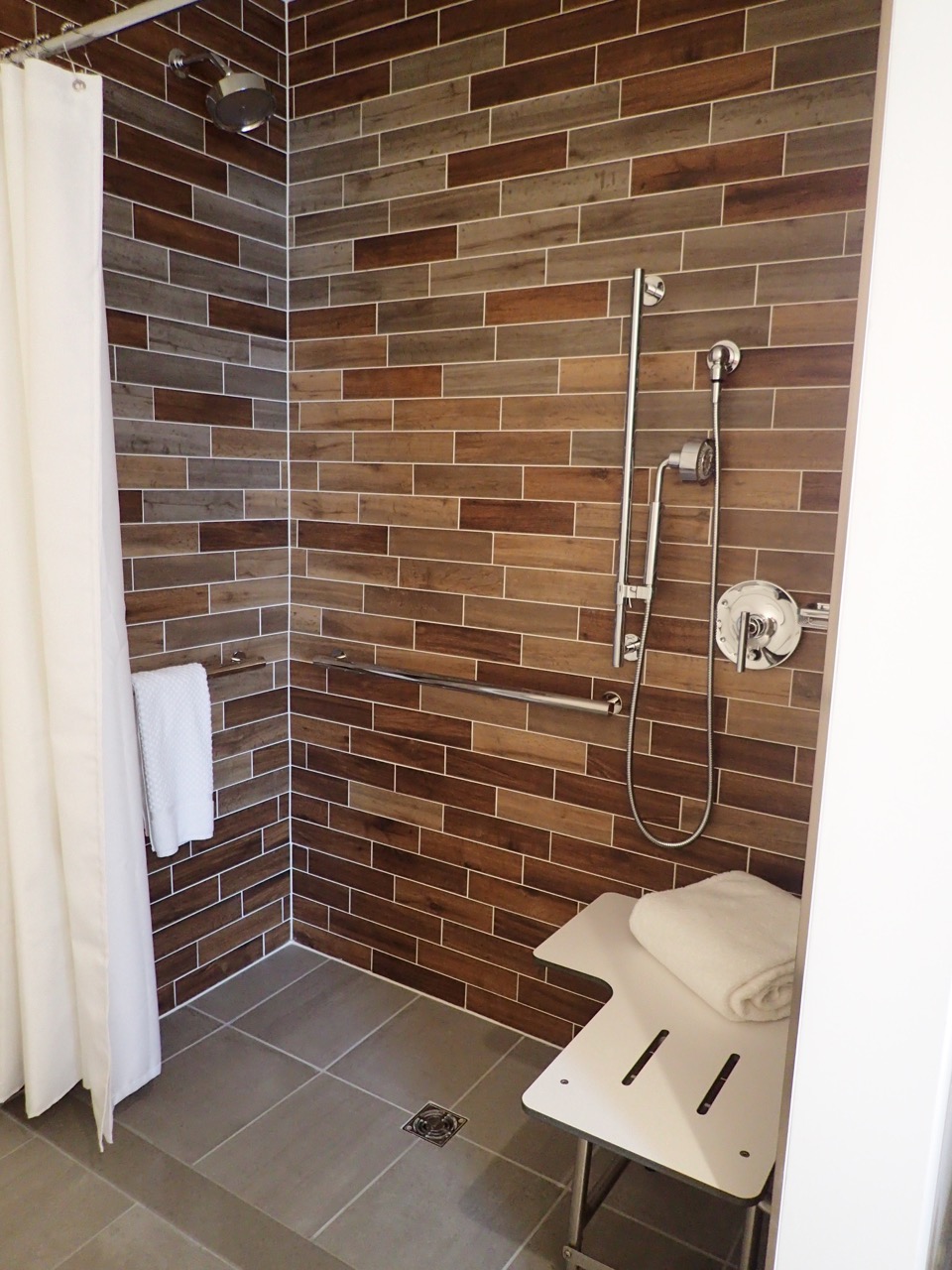 At first, I thought the showers were too confusing to use as they have a standard shower head and then another handheld one by the fold down seat and I couldn't get it to come out of the handheld in the suite. Turned out that it was stuck because the little button I thought was the way to make it work was how it worked with no problem. 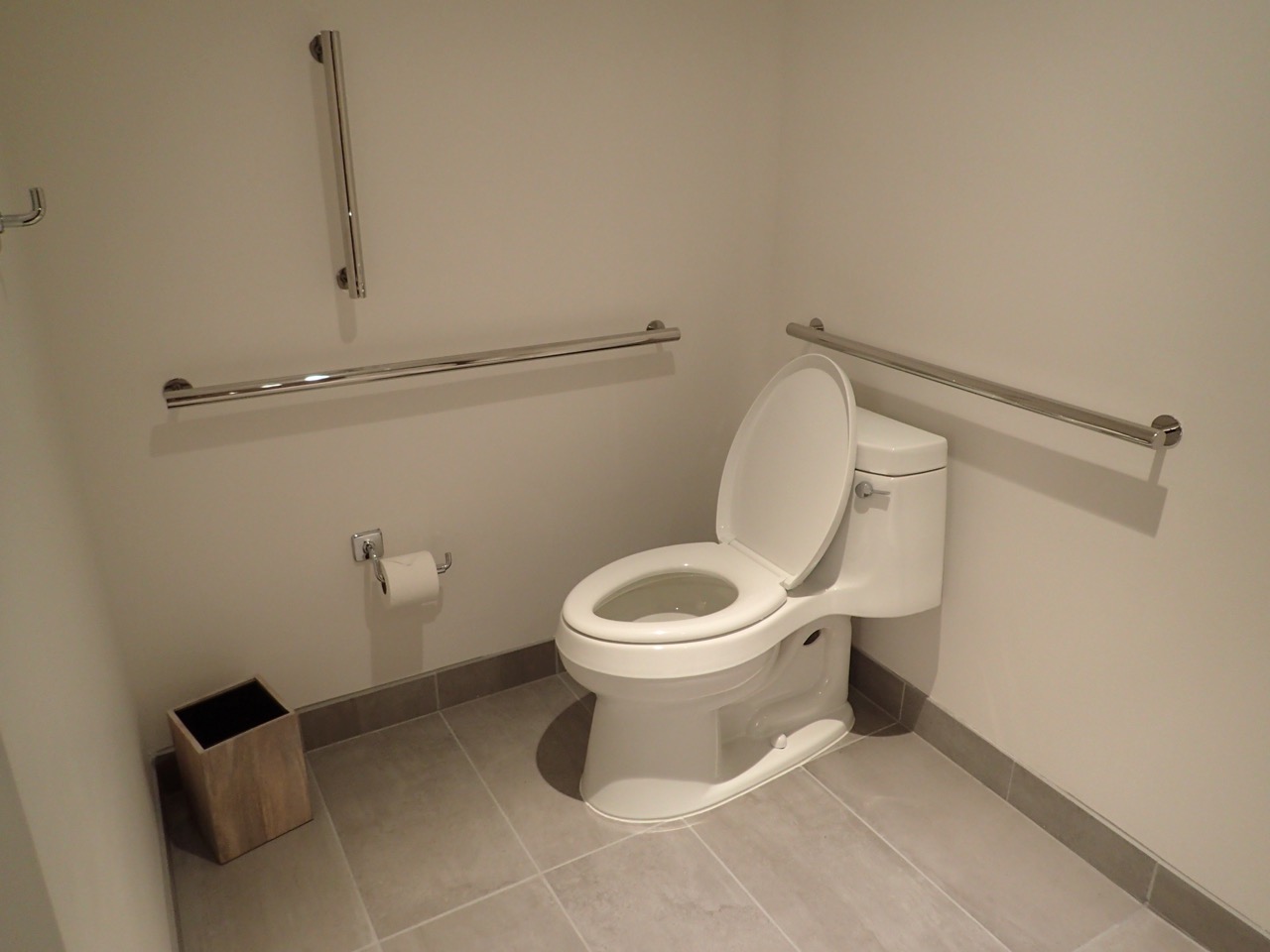 Mik really liked the grab bars in the bathrooms (suite one pictured above) and the extra vertical one turned out to be surprisingly useful. What he didn't like, though, was the toilet paper holder not having something to hold it on both sides and with its location beneath the grab meant he kept knocking it off every time he used the toilet. 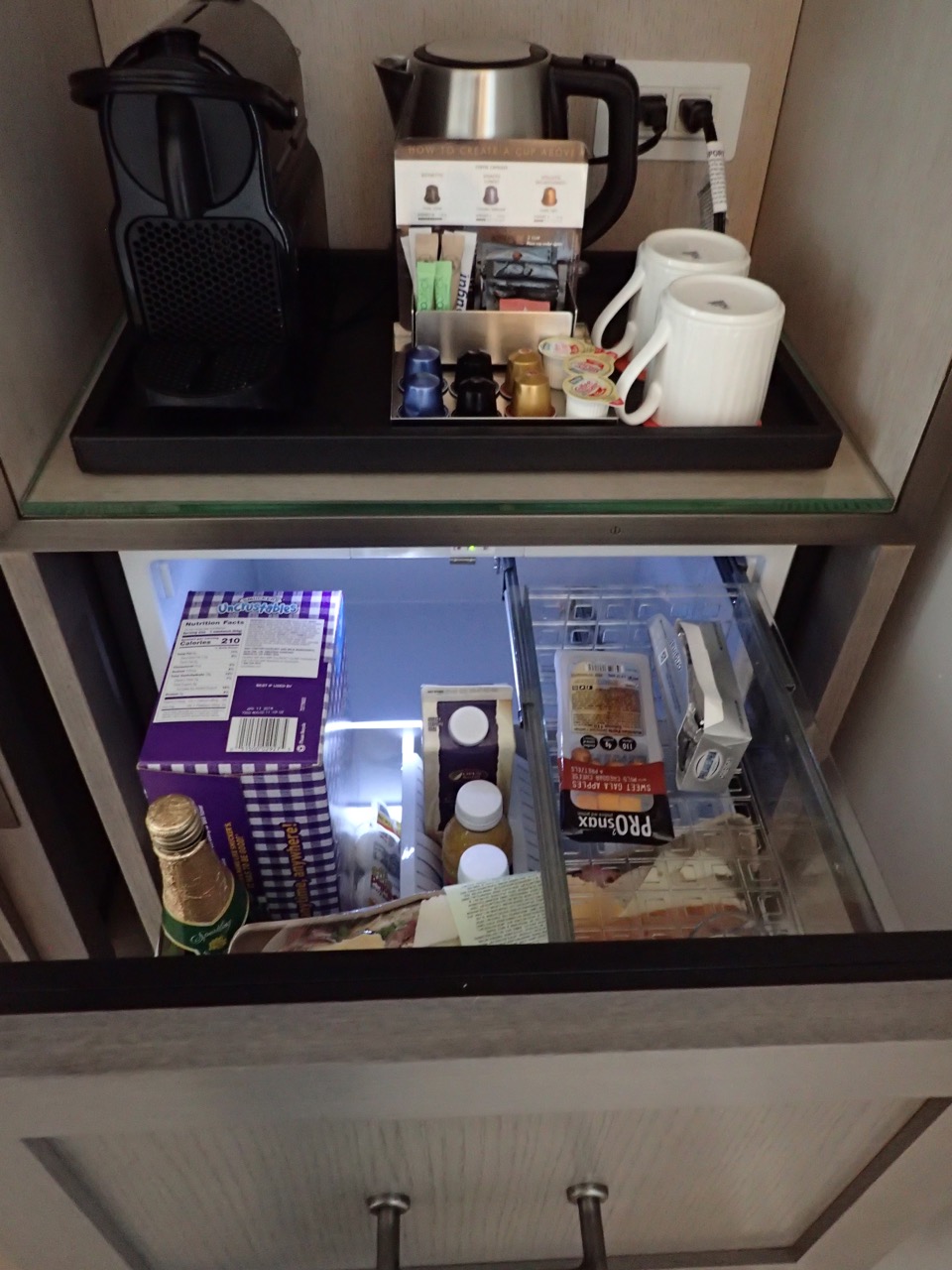 Both rooms had drawer style mini-fridges (room pictured above), which initially seemed awkward, but actually turned out easier for storing our stuff than when we had a regular mini fridge at the Hyatt House next door our last night before leaving for vacation. The room we book was one with a river view, which was somewhat better of a view than the courtyard view from the suite. However, the view is basically entirely blocked by the television. There is barely enough room to stand and look out the window much less roll up to the window. Not that the view really mattered to us since it's hard to compare to our view living on a boat in the marina where we can actually see the Washington Monument.

Our favorite feature of the Canopy by Hilton was the breakfast. It had a nice selection including cheese, smoked salmon, yogurt, hard-boiled eggs, doughnuts, and more. The ability to have a little breakfast delivered in a bag hung by your door for free was also nice, but it only actually arrived half of the time when we left it out the night before.

Overall we enjoyed this Canopy by Hilton, but found other than the breakfast that the next door Hyatt House was more functional and enjoyable. In particular, the Hilton lacks microwaves in the rooms, although I later found the website describes at least the suite rooms having microwaves and it's odd that we definitely did not have that feature. Also, the coffee machines are fancy Nespresso, which I found didn't actually work half the time and seems so wasteful with pods being destroyed and getting nothing. 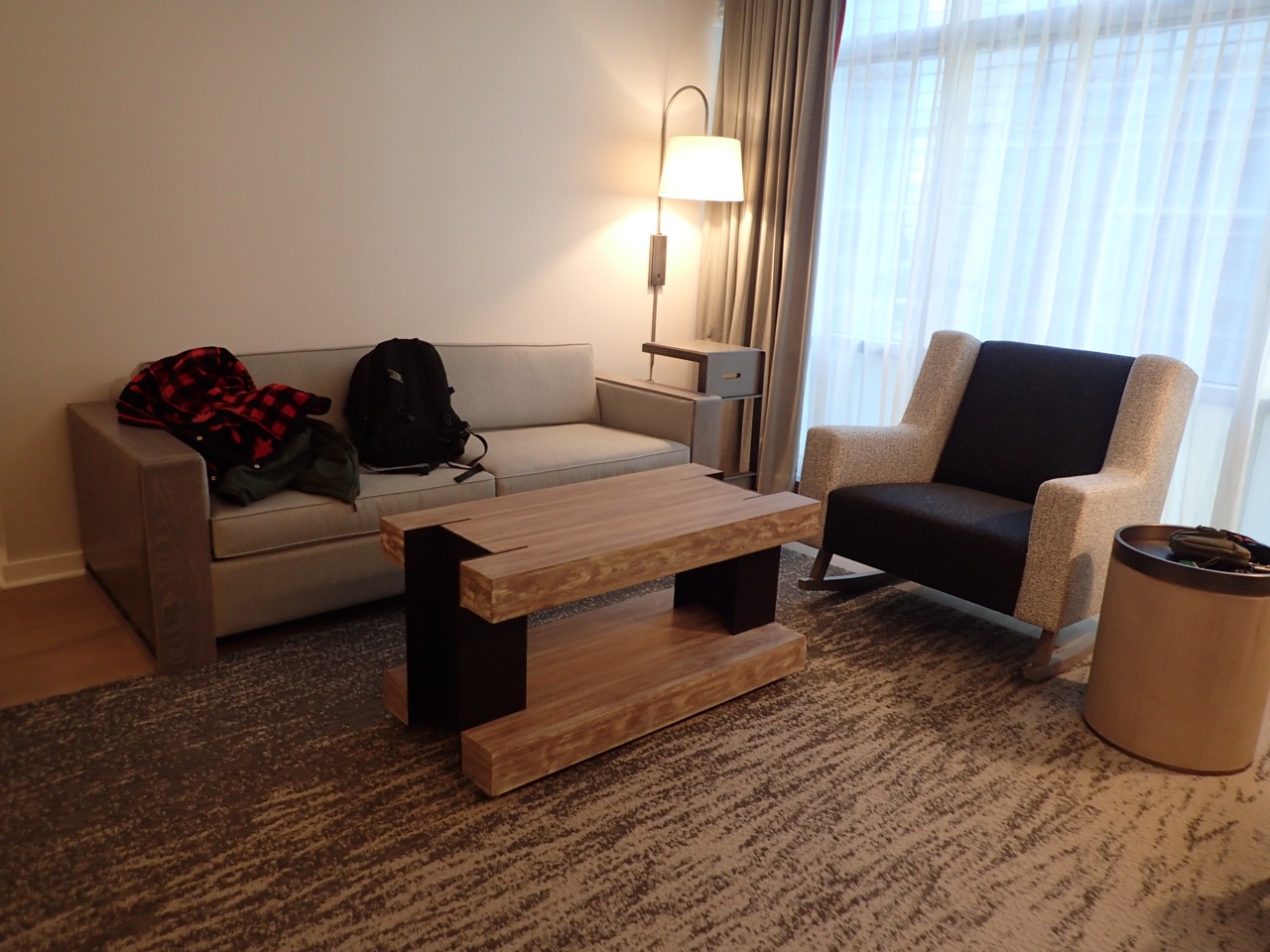 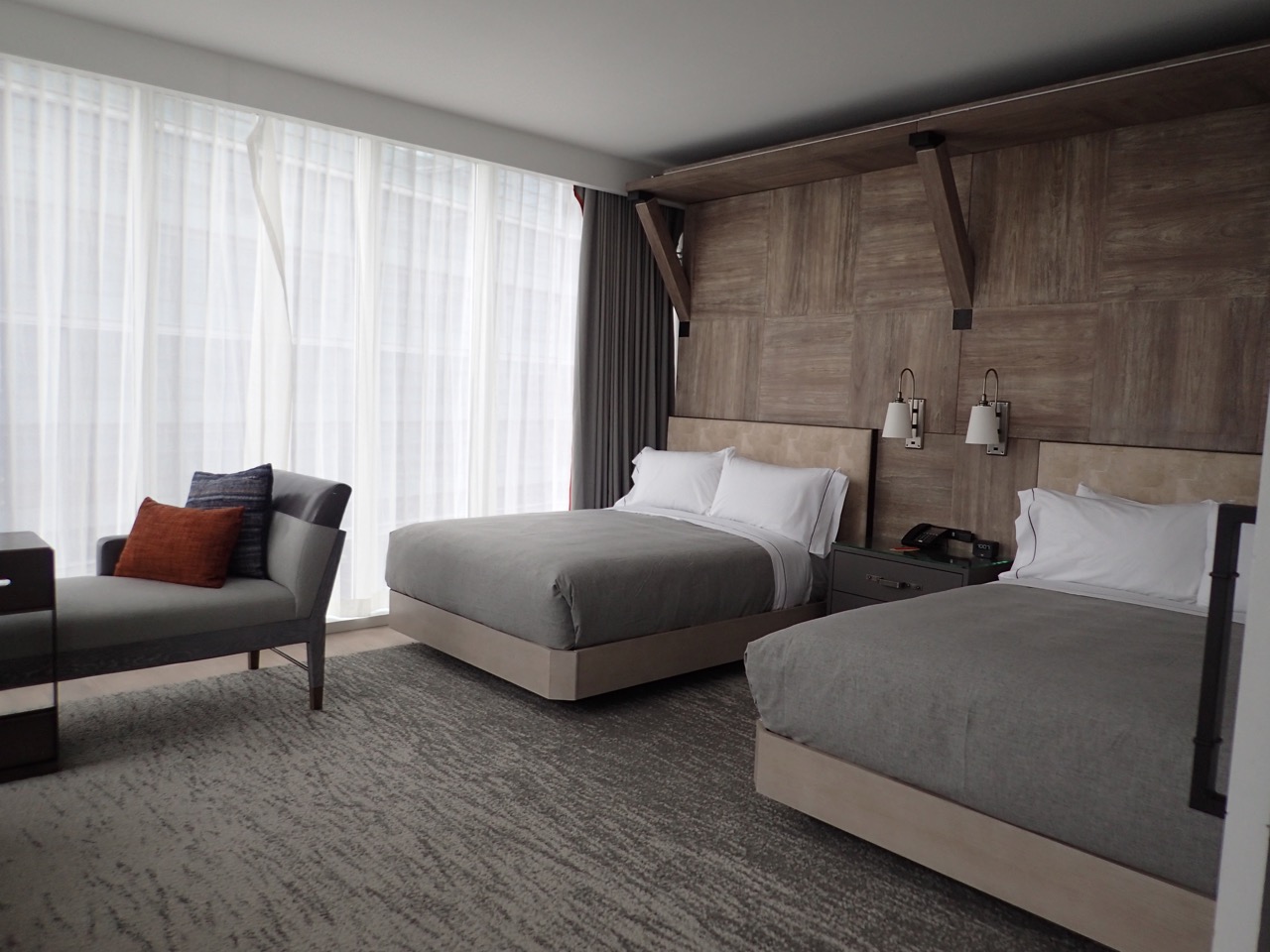 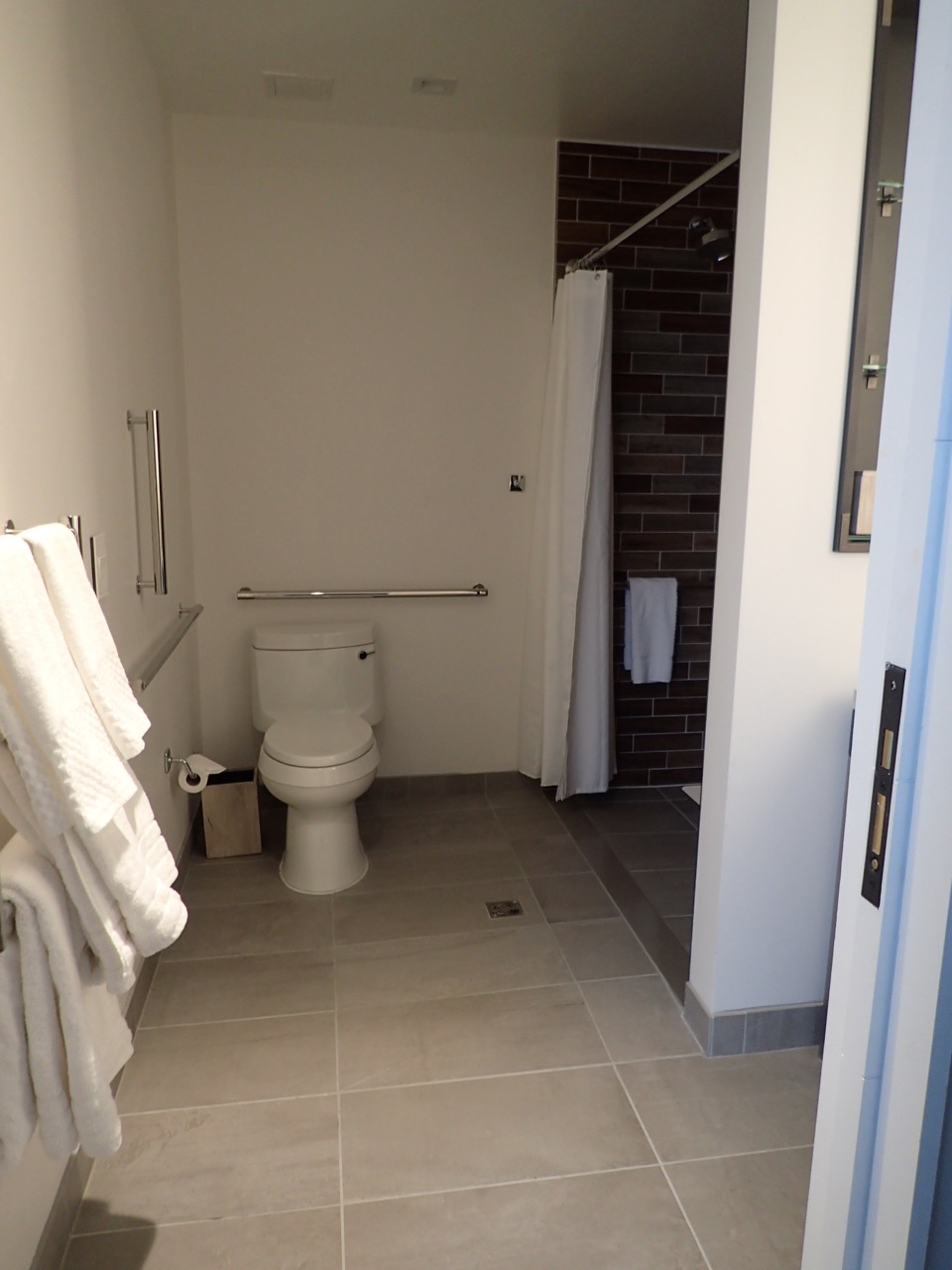 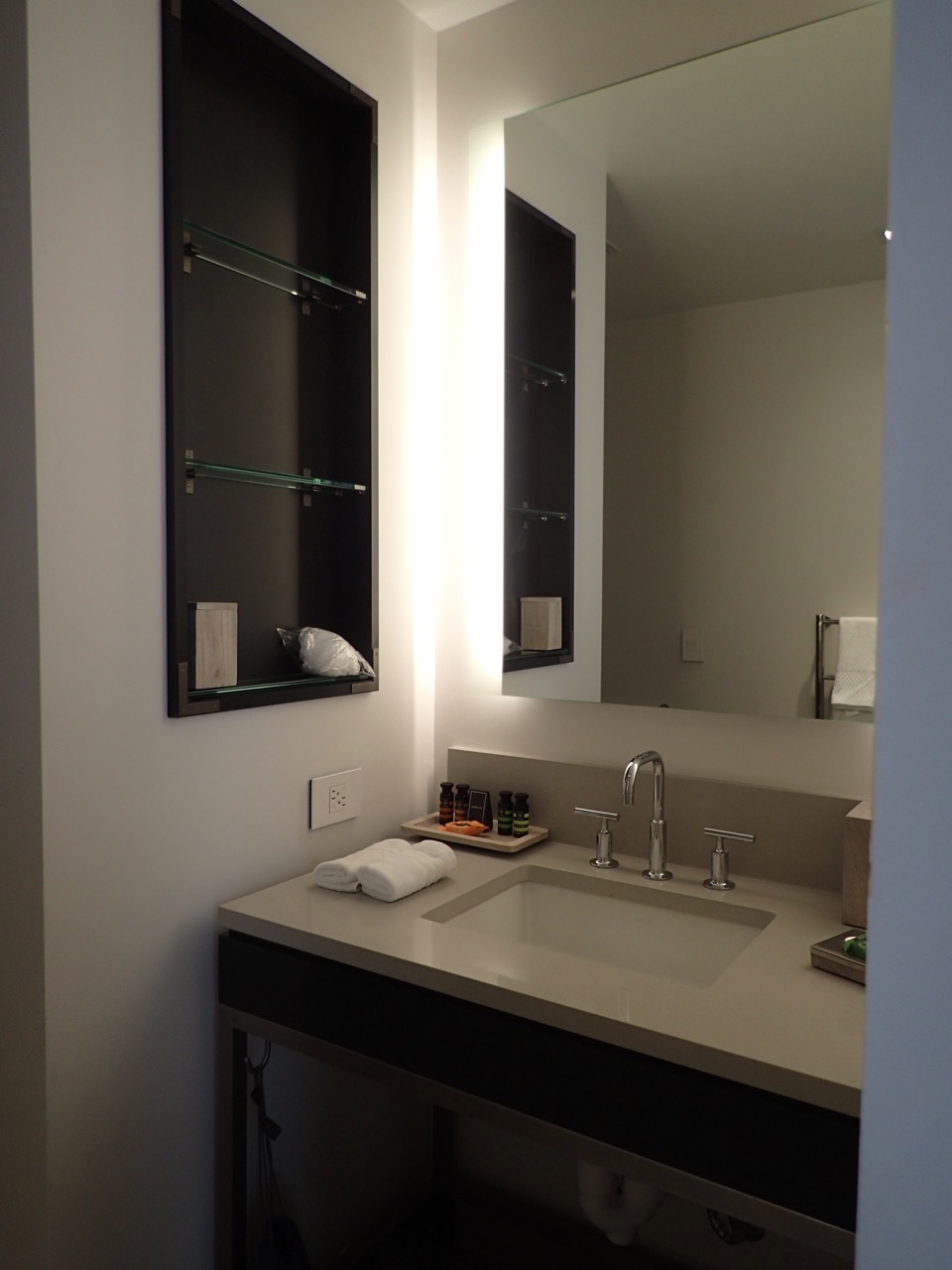 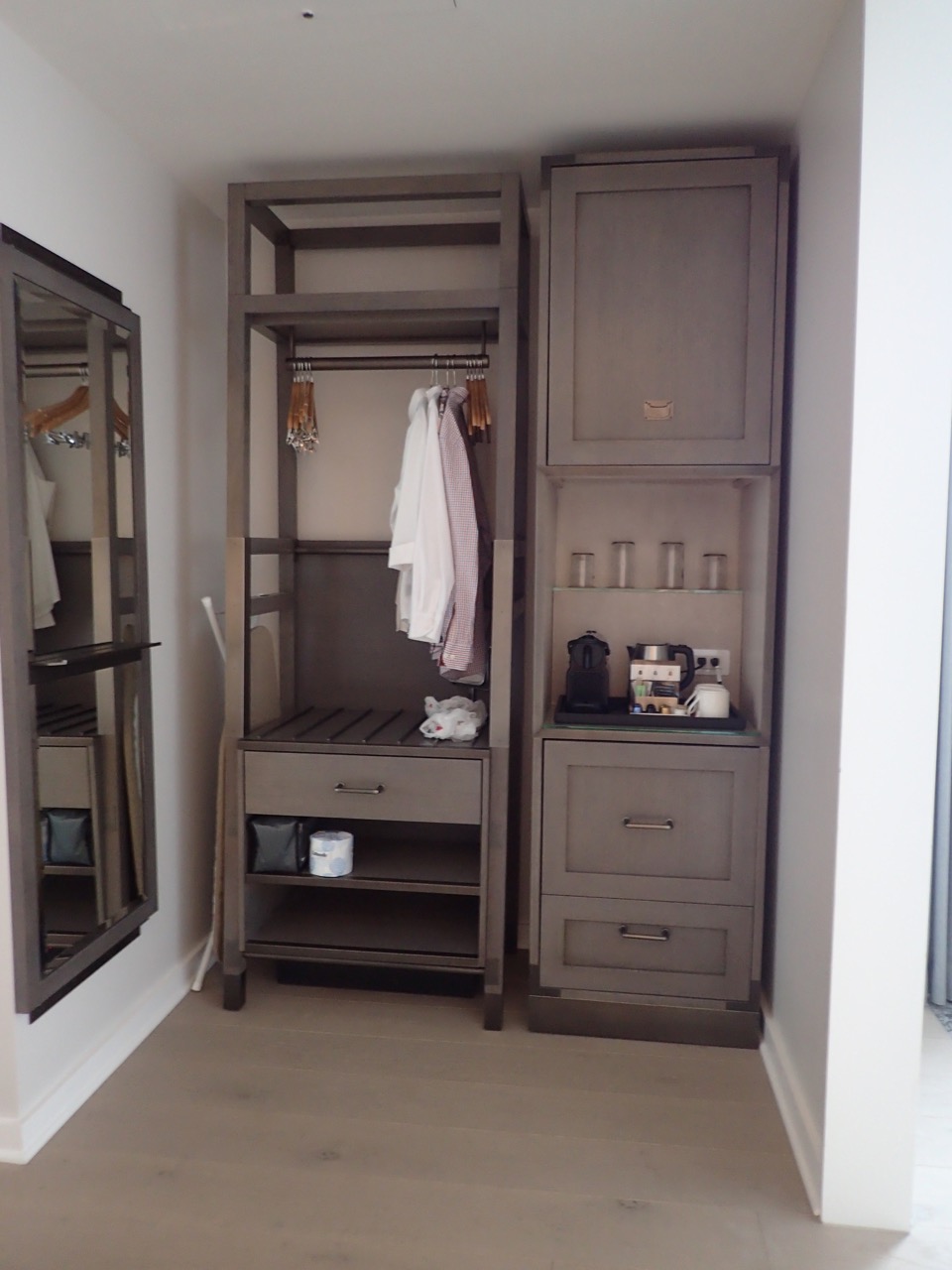