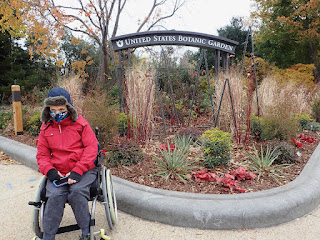 Last year we missed our tradition of visiting the holiday train display. Even though we had moved, we had hoped to visit DC during the holiday season and also continue the tradition of seeing Charles Esten at The Birchmere. Charles Esten did play a show, but we did not really miss the trains as they did not do it last year. This year we were able to do both again, although we thought we might again miss the trains as it was not announced until a few weeks before Thanksgiving. 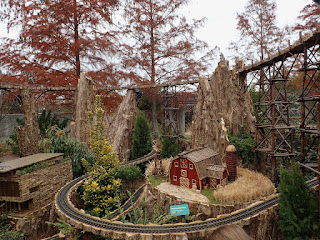 It was different this year as only the outdoor gardens are open, but the train display part being outside is somewhat better. It was easier to go around and see the trains and buildings. The trees of the garden also add to the scenery. Because it is outside and it's winter, though, Mik was cold and ready to go after a few minutes (we had already spent over an hour outside walking there and at the new Dwight D. Eisenhower memorial) and I would not have even been able to spend much time looking around if Dad had not gotten distracted talking to his co-worker who was working that day. 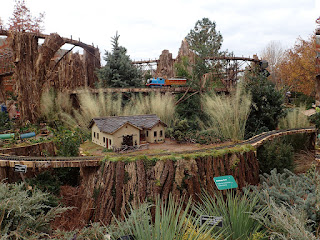 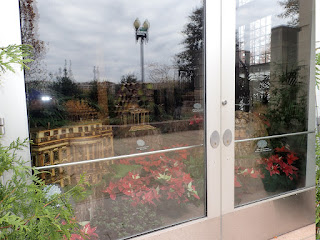 The window displays were disappointing as they were hard to see. Also, hard to compare to how they normally are laid out inside similar to their locations on the National Mall. Dad and I did go back the next day around 4pm to see the lighted displays and they look much better that way. 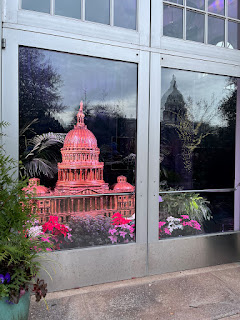 Lastly, of course, we managed to get a traditional Christmas photo with the Capitol model. 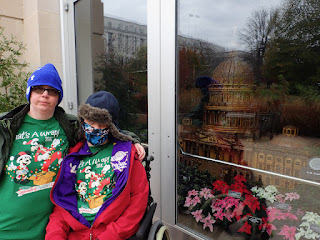