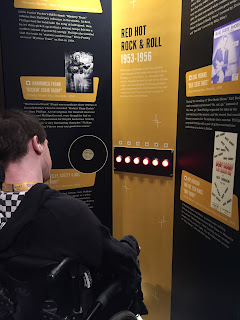 Mik wasn't too interested in the videos playing and the particular music selections in most of the exhibits (it was a lot of Johnny Cash actually, which even I was beginning to get tired of).  He did particularly enjoy the selections in the "Flyin’ Saucers Rock & Roll: The Cosmic Genius of Sam Phillip" exhibit, though. He also liked that it was nicely laid out to be able to roll into the listening booths and select the songs. 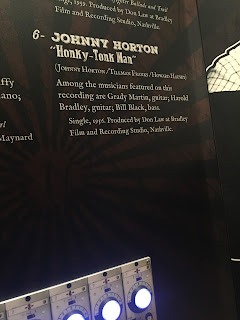 I couldn't get him interested in the many listening booths in the "Dylan, Cash, and the Nashville Cats" exhibit, but how can you not listen to the original Honky Tonk Man? 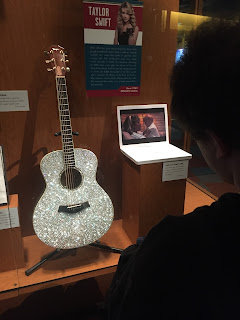 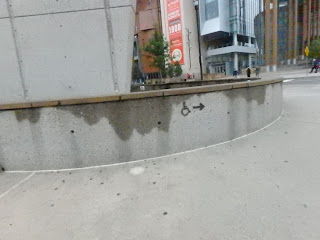