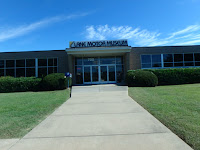 We had been meaning to go the Lane Motor Museum for a few years now, but every time we drove through Nashville to/from Huntsville it seemed to be a Tuesday or Wednesday and it was closed. We almost missed it again because I had completely forgot about it until Mom picked up a pamphlet on it. 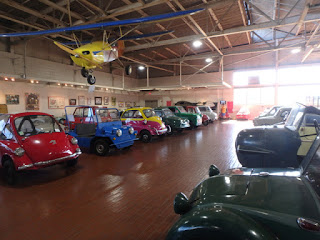 Mik loves the car museums and this one certainly did not disappoint. He particularly enjoyed that it was different in that it had a lot of European cars. He found the microcars interesting and enjoyed that they were in a variety of colors, although the signs for many of these were behind them and I couldn't roll him up to read them (not an issue throughout most of the rest of the museum). 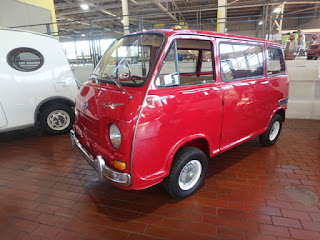 The 1966 Subaru 360 Van was another vehicle that caught his attention. 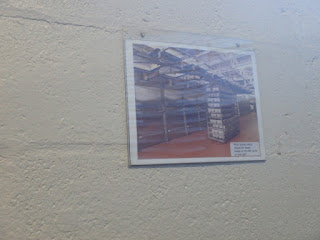 We also found it interesting that there are some photos showing how the building used to be a bakery and gave some history on the building. 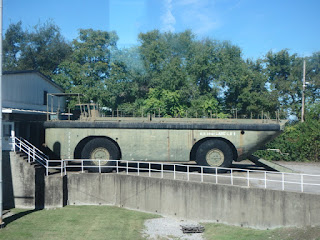 One of the most interesting vehicles on display is the 1959 LARC-XL. This is U.S. military amphibious craft. Mik wasn't able to see it because you have to go up some steps to look out the window, but there was a video showing it being driven through Nashville to the museum that he enjoyed. 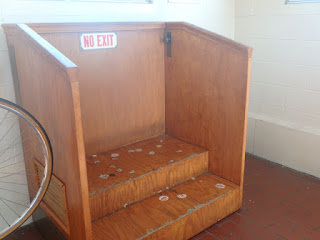 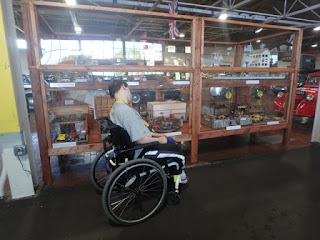 Of course, Mik's favorite part ended up being the miniatures. In particular, he enjoyed the miniature dioramas that were on display that included junkyards and a hot rod shop. 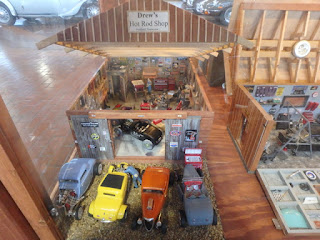 The Lane Motor Museum is now one of Mik's favorite car museums he's been to. Mik also mentioned that the museum was a great deal because this was only $9 a person compared to the $17 to $25 a person for the other museums we visited in Nashville this trip.