We decided to try the Coral Reef Restaurant this trip as we'd thought the aquarium aspect would be fun, especially since the five-year-old loves aquariums. It also appealed to us that it wasn't a fixed priced like the character dining and we could eat only some courses if we preferred instead of feeling like we have to get the most for our money and making sure we're hungry enough for all the courses at the fixed priced dining. 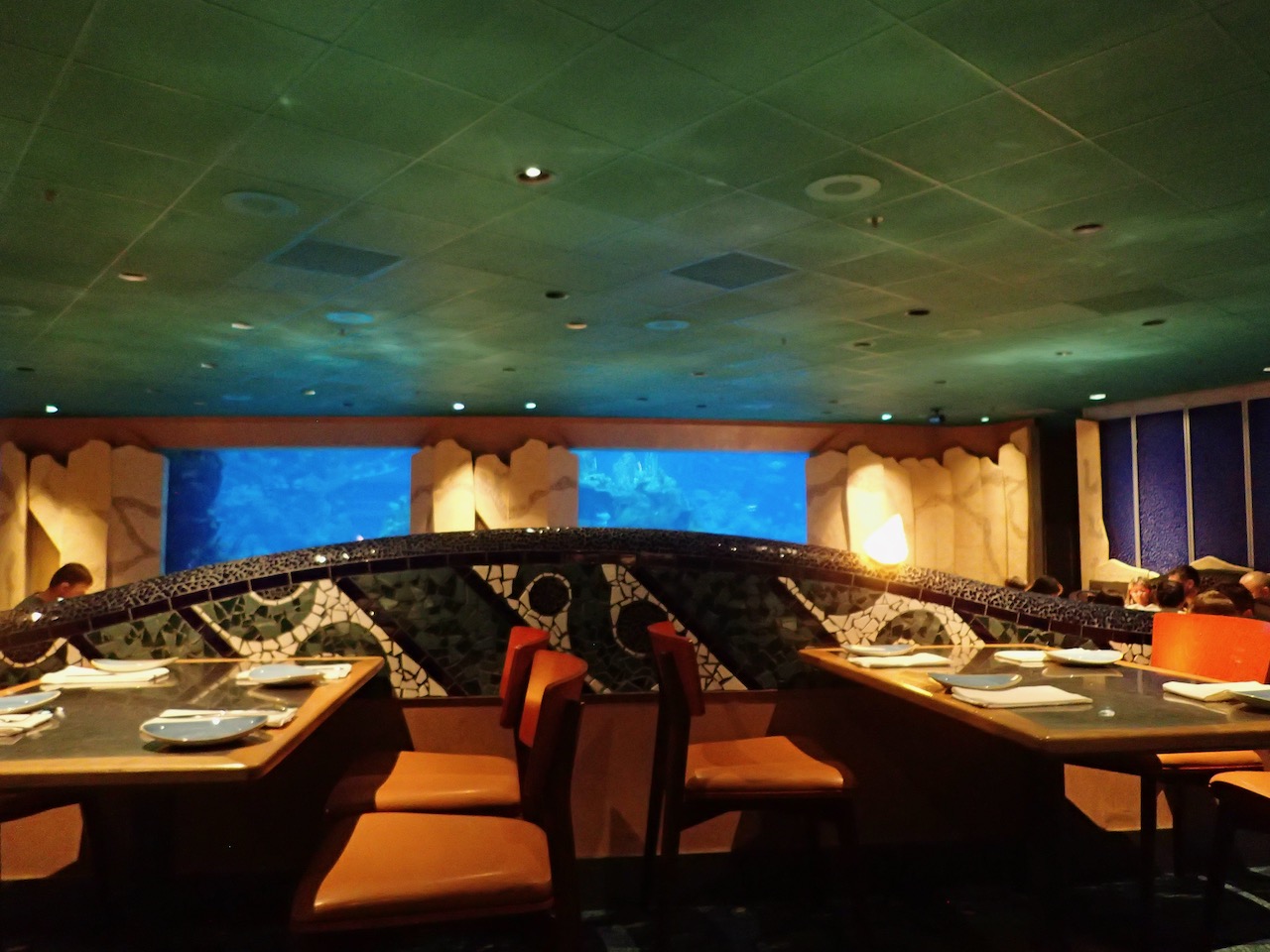 We were immediately disappointed in the restaurant as they tried to sit us at two separate tables. Not only did we want to eat all together, but the way the tables are was difficult and crowded for the wheelchair. 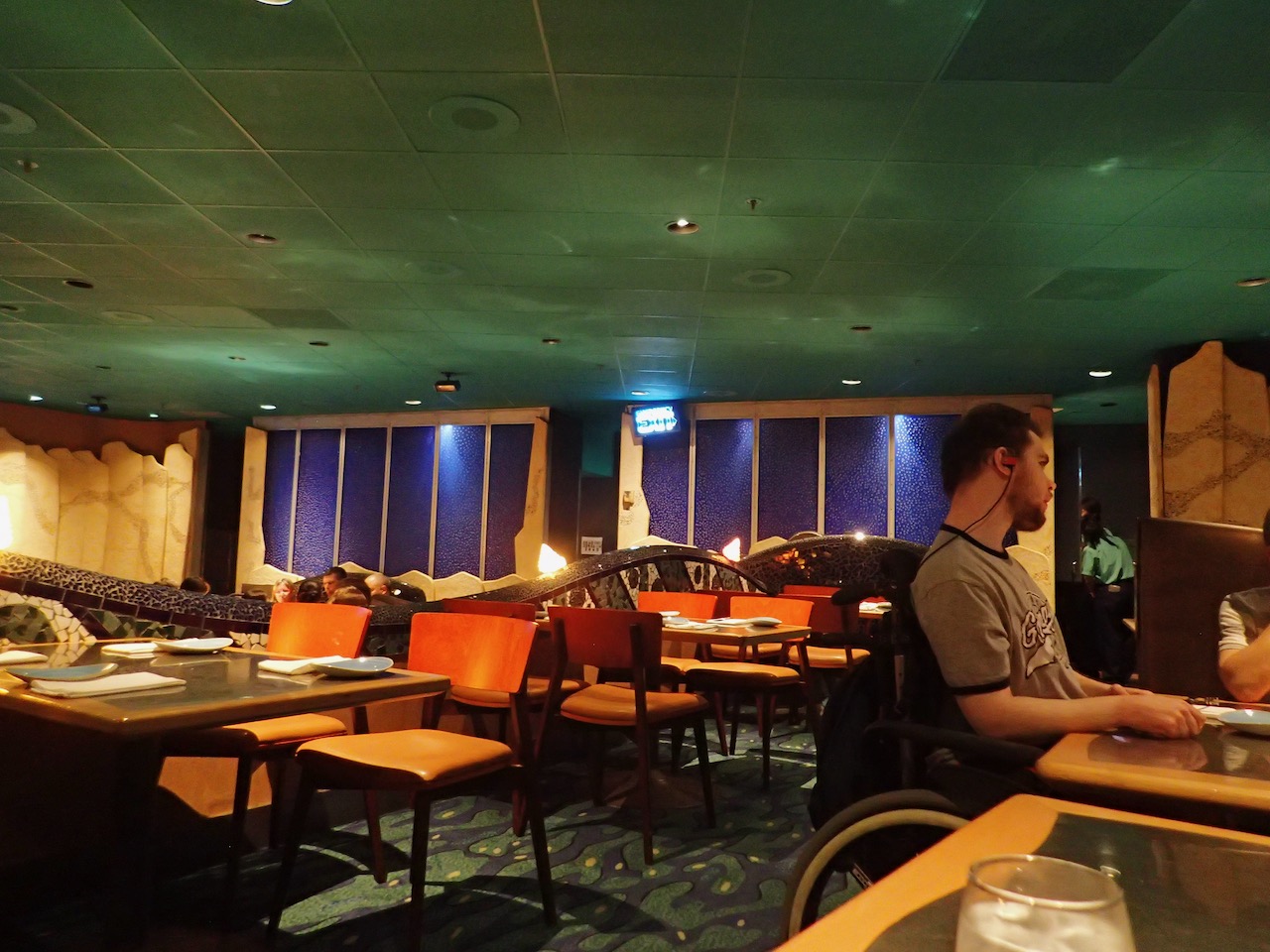 Luckily, when we asked if we could sit more all together at the booths they were fine with that. That at least allowed Mik to roll up to the table more comfortable. However, it was two rather large tables that we still basically ended up feeling like we were dining as two entirely separate groups rather than as one.

The main disappointing thing, though, was the restaurant has a stepped tier design and the only accessible seating is in the back area farthest from the aquarium. Thus, we really couldn't enjoy the whole point of the restaurant, especially Mik as he ended up with his back to the aquarium, although that was our choice and probably the reason they didn't try to seat our group with a wheelchair where we decided to sit. Honestly, though, the view did seem better from the booths than the initial tables they tried to seat us at as we were farther from the wave wall and could somewhat see over it. Really though if that wave wall was just more level with the tables or a clear barrier if they want it higher for safety reasons, then it would have been better.

Overall we did enjoy the food, but there is so much different cuisines to enjoy at Epcot that it seemed a waste in the end since we didn't end up with an aquarium view experience as part of the dining as we had expected. The fact that the restaurant was very empty did make it a nice relaxing break in our day, though.