Disney on Ice: Celebrate Memories at Capital One Arena

Mik and I decided to check out Disney on Ice when a few weeks ago we noticed tickets were only about $25 each. We weren't entirely sure how much we'd enjoy it, but figured it was at least something different to do when this time of year we tend to not feel like going places and even if the weather was bad at least the metro station was right there, which since it was in the 30s we did end up appreciating.

Mik has been to several basketball games and a concert at Capital One Arena and we've still always find it confusing to figure out the elevator situation. This time, though, we used the F Street entrance and the ticket taker actually suggested we go up the elevators right there instead of entering on the main concourse level. That ended up working out well except they call buttons don't seem to light up and operate as expected, which was extremely frustrating at the end of the event that as it took forever with the call button not staying lit and it seems you have to hold it until an elevator comes. 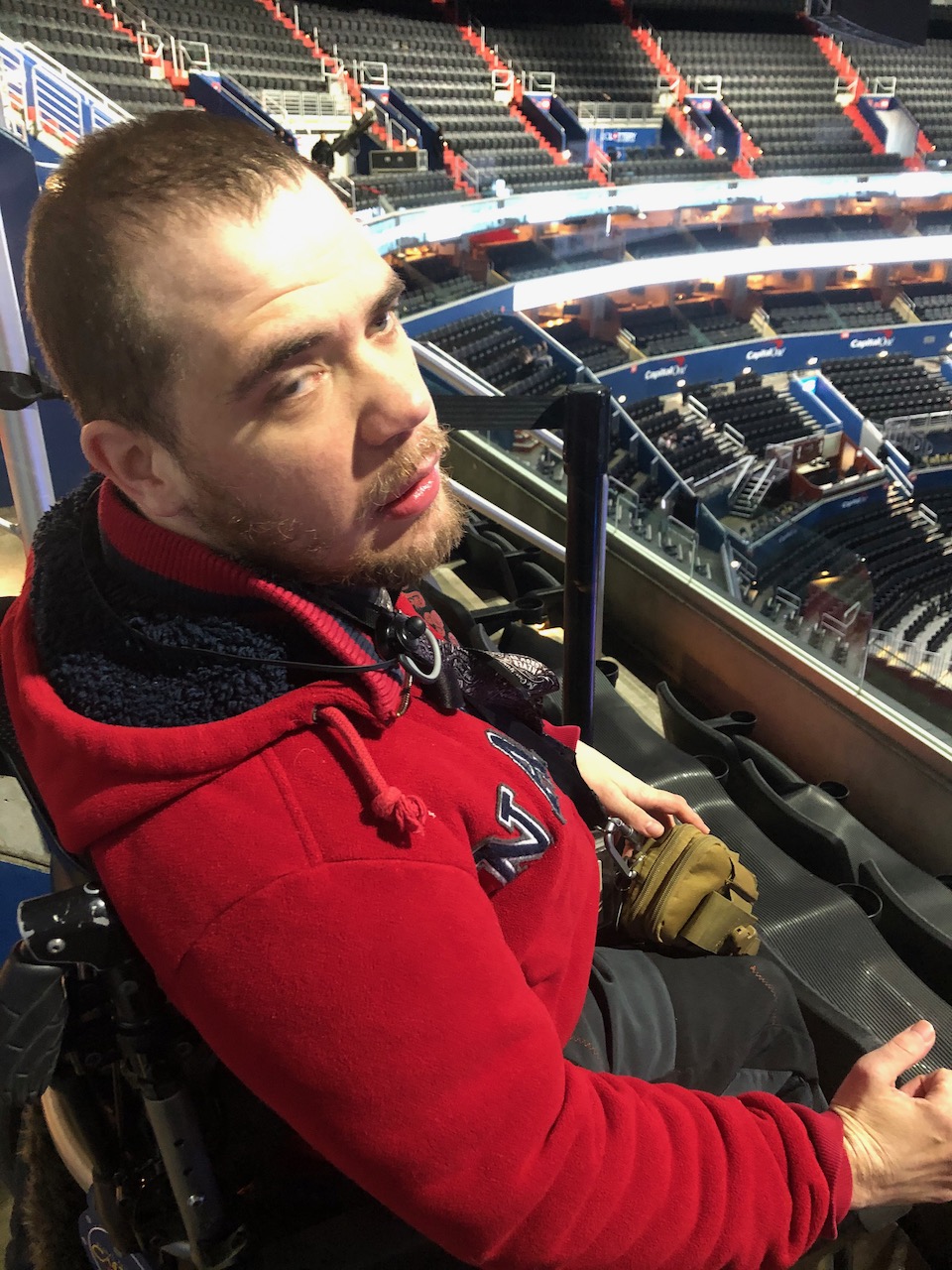 We ended up with tickets in the exact same section (416) we sat in a few years ago for the Carrie Underwood concert. Just like the concert, they block the seating in front of the wheelchair section and the ushers were proactive at keeping people from blocking the view. They also have fixed the issue of people coming through the wheelchair section to exit as there is now a barrier so that those coming down the steps can't enter the wheelchair row. 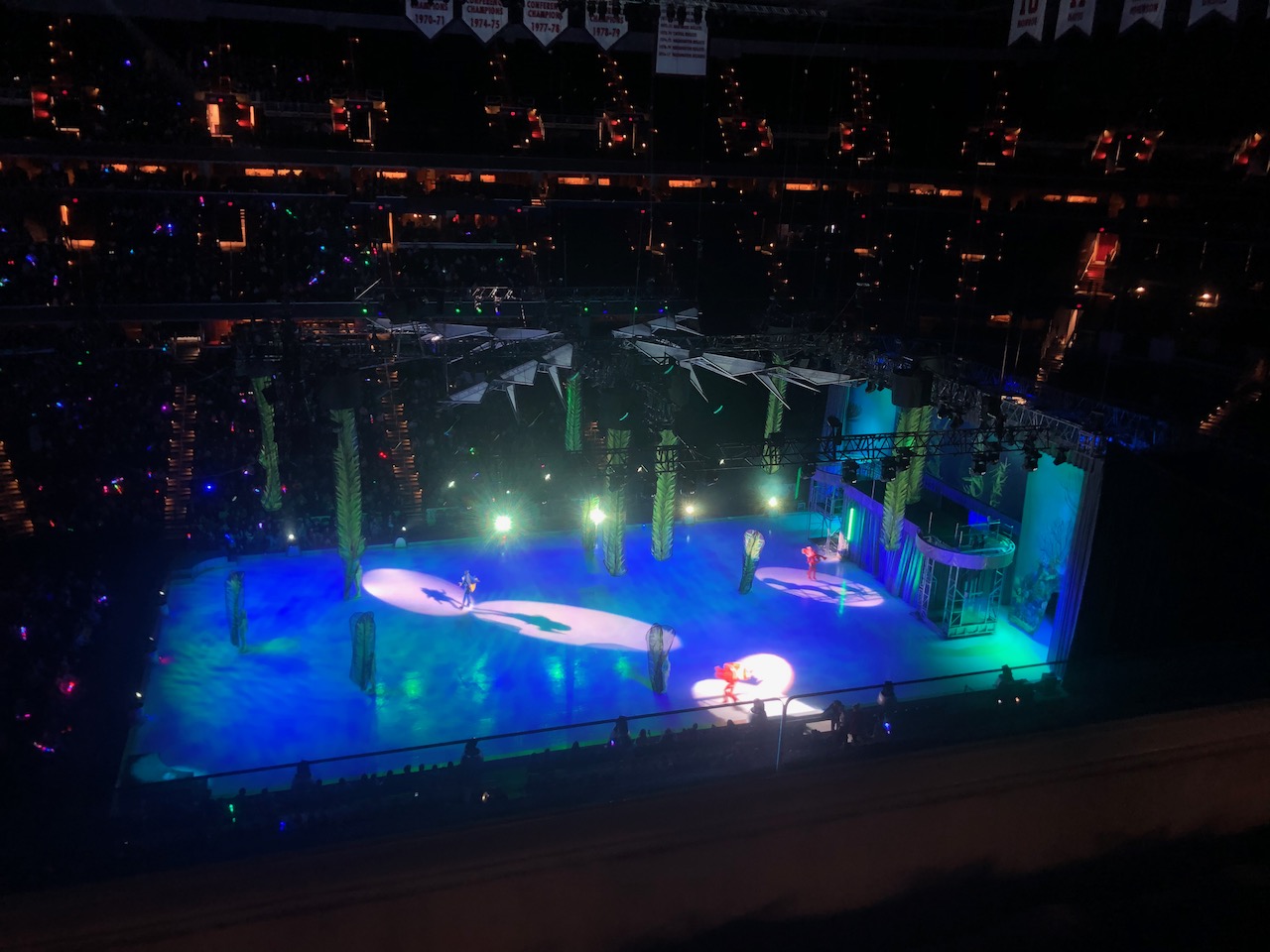 Overall we liked the side view of the ice from this section. However, it did make it difficult to impossible to see the screen above the ice to the right as the parts of the sets from above blocked it from our angle. For the most part we were too bust watching the performers on the ice anyways, but Mik did feel like he was missing part of the experience at times. 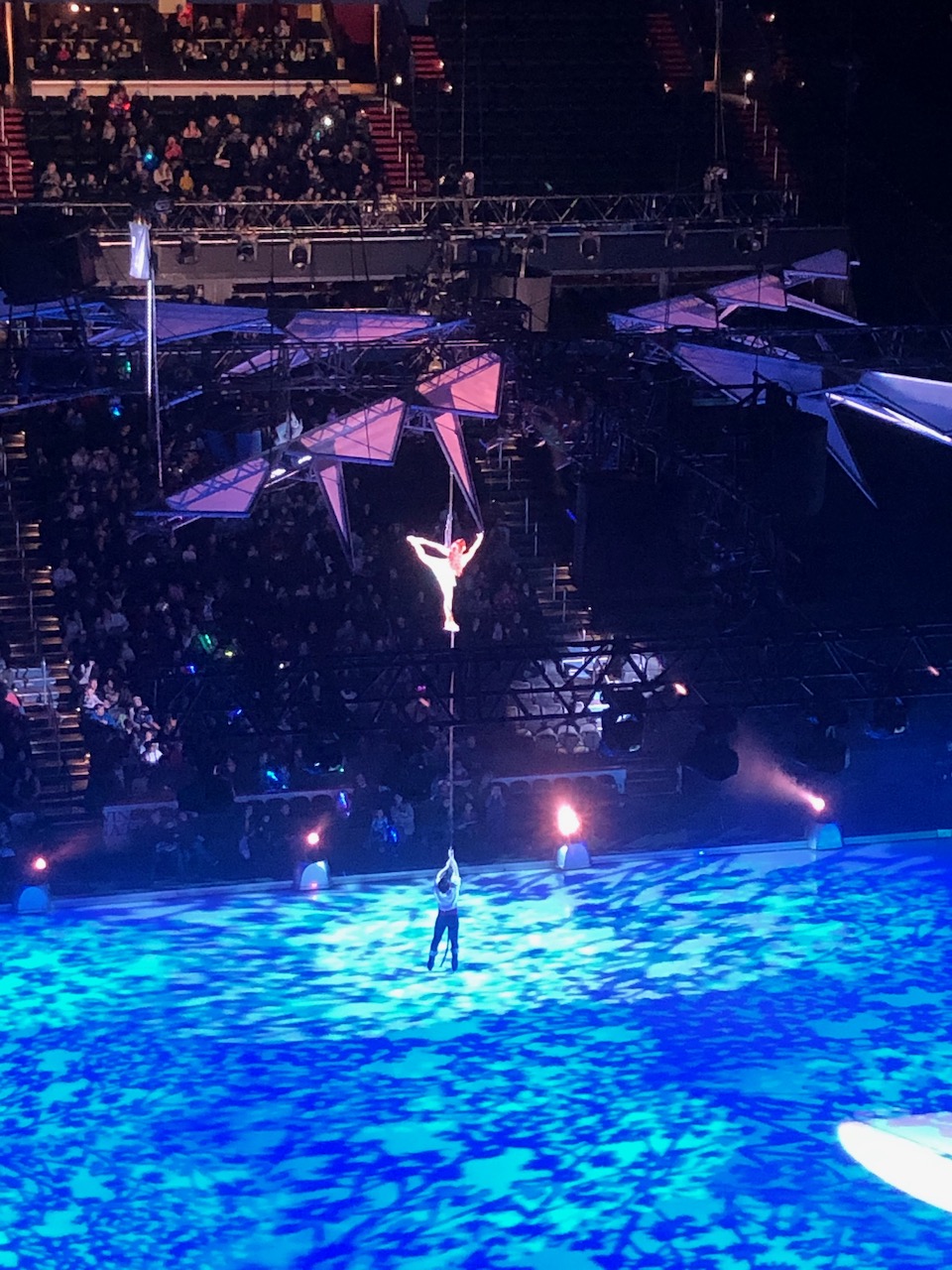 Mik's favorite was the aerial acrobatics done by Ariel. 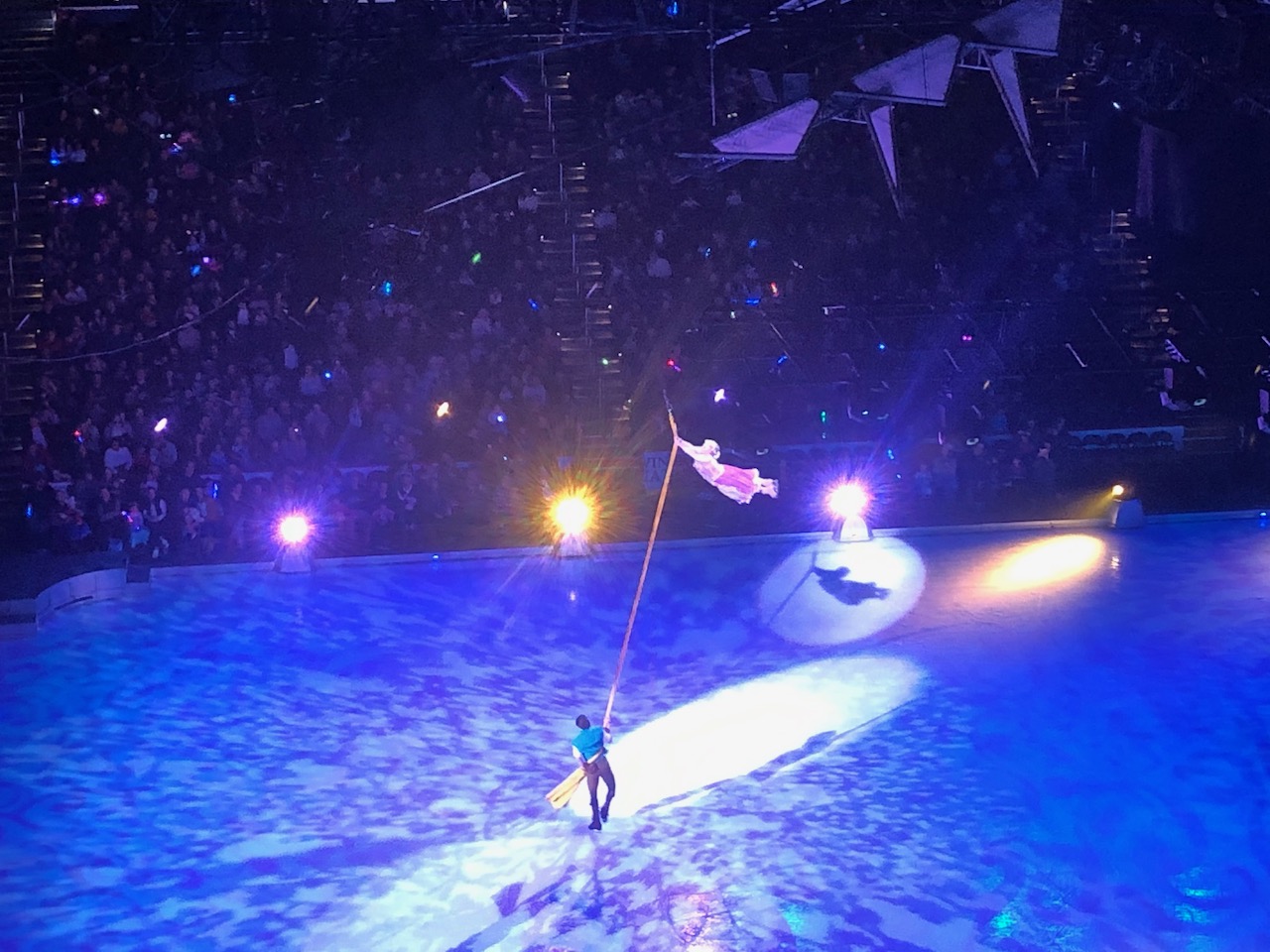 I thought the Tangled aerials were more interesting. 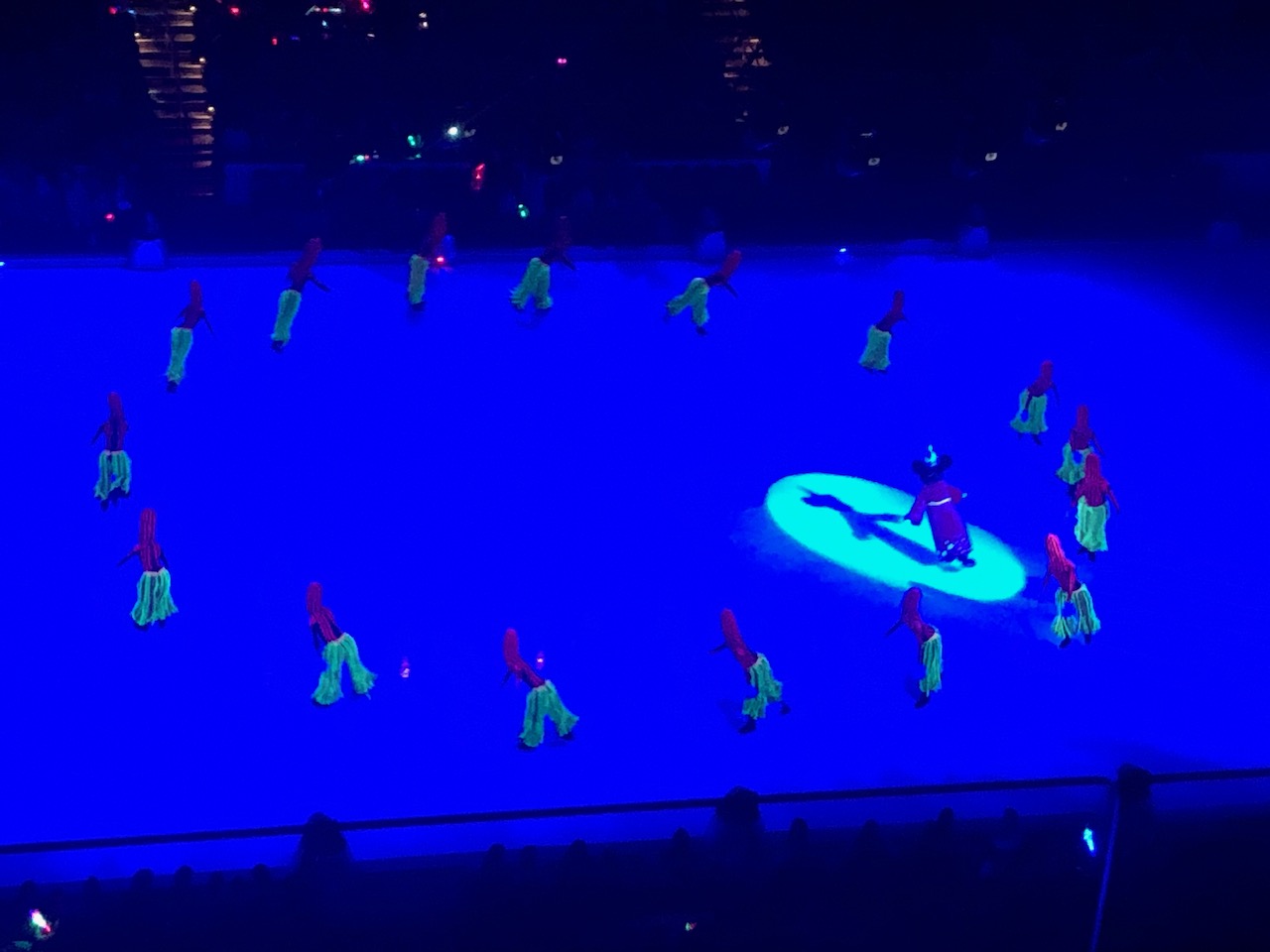 Of course, my favorite part was the Sorcerer's Apprentice. 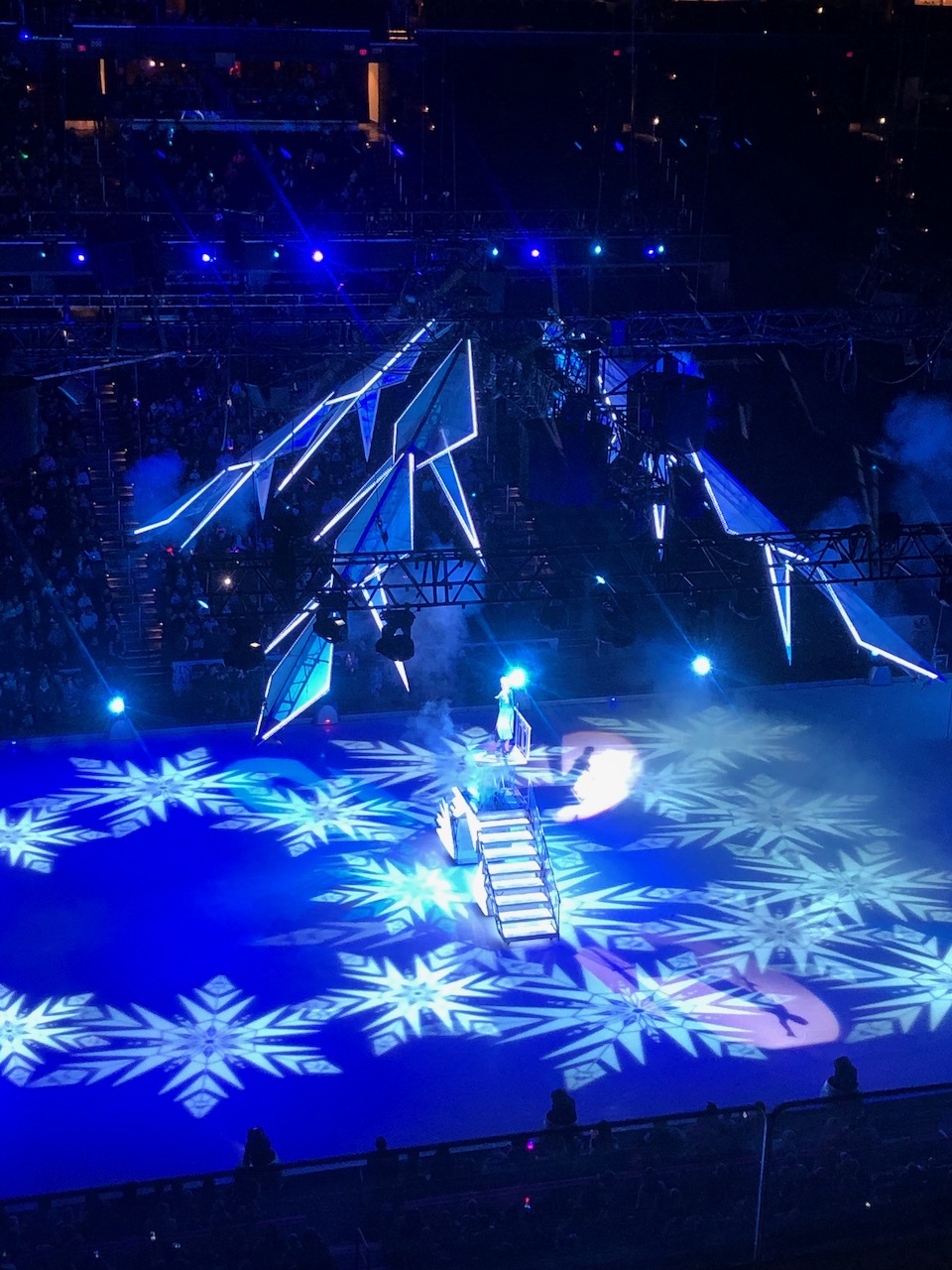 Mik enjoyed the Frozen part while I felt that this part was too long and boring as we've seen Frozen performed in other ways so many times such as on Disney Cruises and the sing along at Hollywood Studios. 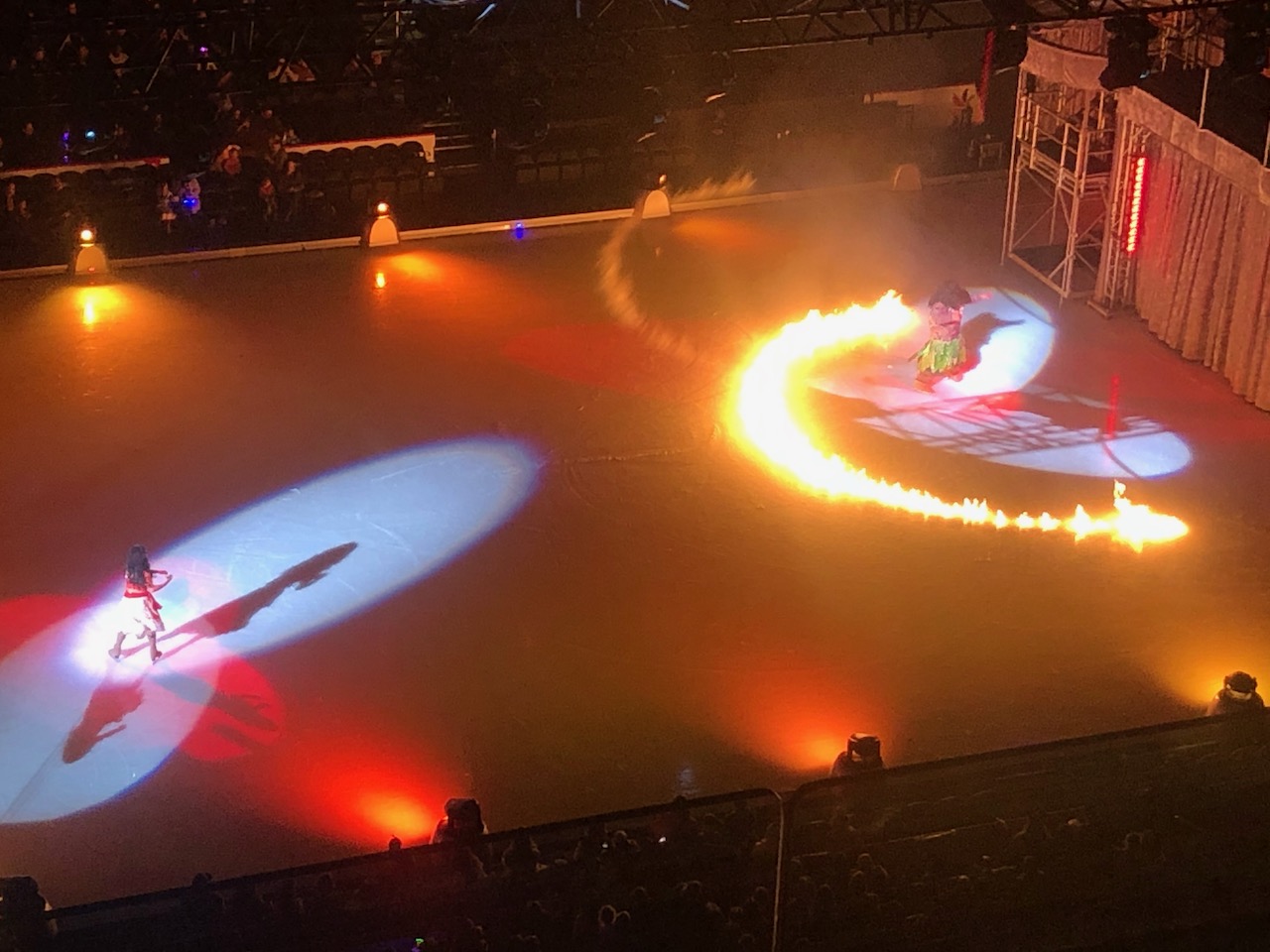 The Moana pyrotechnics was another highlight for us. 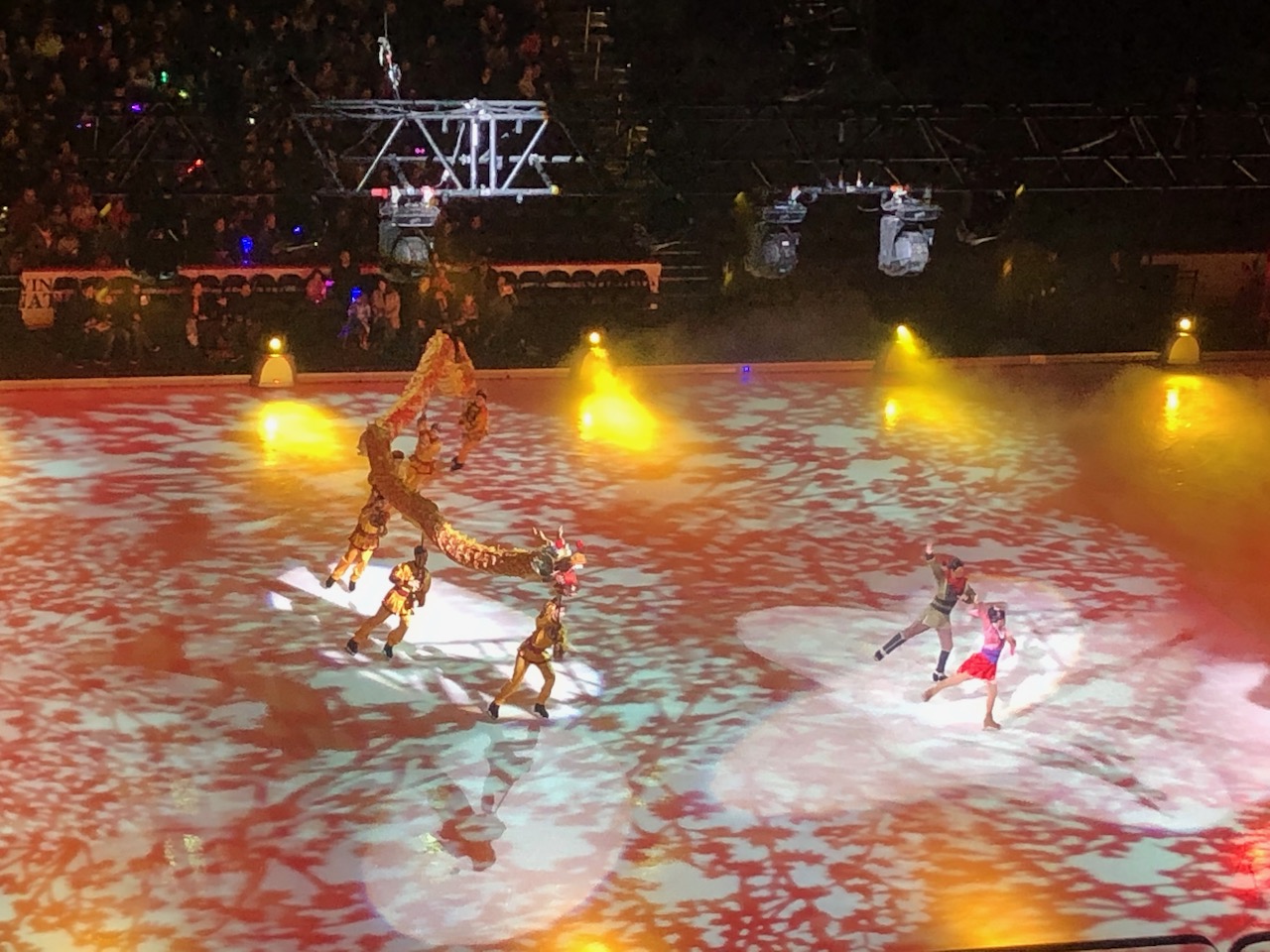