Mik is always freaked by bus rides. The bus had a lift to get up on the bus and I put him in a regular seat. He still freaked out and kept death gripping my arm, so next time I am going to at least enjoy the ride and he can just scream from his wheelchair, which does get tied down and didn't move even without the weight of him in it. 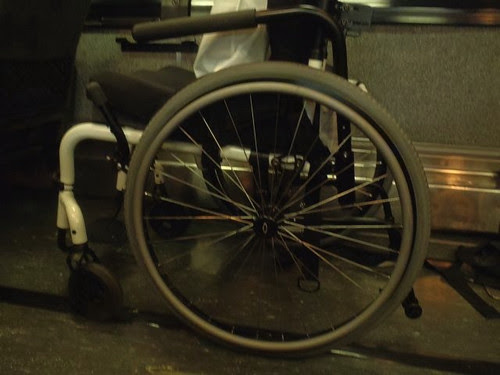 The platform to get on the bus, however, is another story. It was barely long enough for me to stand behind the chair and ride up with him and his chair doesn't even seem very long. I felt squished against the bus. He could technically ride by himself, but he cannot put himself on the platform, so rolling him on backwards to get him on would be awkward, although doable. The real problem, though, is he freaks out by himself. 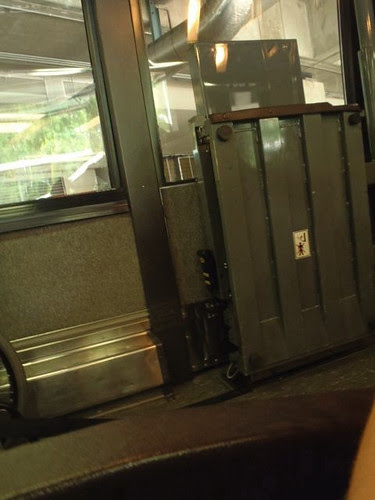 One other thing about the transfer is that there aren't cutouts to get down to the bus where it pulls up at the airport. We just took the tippers off and went down the curb, but I think you can get way down to the end of the bus area and get down and then come to the bus. At least they said something like that, but we went the quicker and more obvious route of just going down the curb. At the port there is no problem, as there are cutouts at every bus spot.