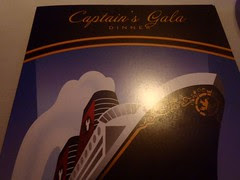 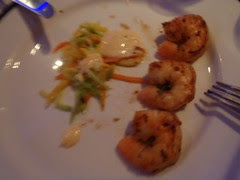 Appetizer – Mik had the garlic and herb sautéed shrimp, which he thought were only okay. 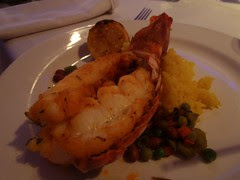 Entrée – Mik had the Oven-Baked Lobster Tail. He liked the lobster, but he really liked the saffron rice that came with it. 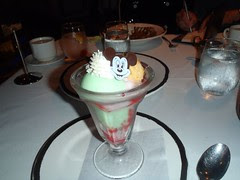 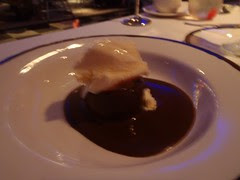 Dessert – Mik had the Tropical Sundae (Sherbet, Coconut Cream, and Coconut Macaroon) and the Warm Chocolate Lava Cake. He liked both other than giving Dad his macaroon since he does not like coconut. However, he wished he had ordered them separately rather than getting them both at the same time because he did not realize he would get ice cream with the lava cake. Once he ate the lava cake with the ice cream the sundae had started to melt and it would have been better still more frozen.