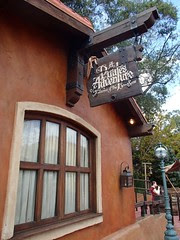 A Pirate's Adventure is something I had wanted to do on our December trip, but forgot to try out since we were busy with the holiday parties (Mickey's Very Merry Christmas and D23 Holiday Splendor).  When we were doing Sorcerers of the Magic Kingdom at the cinema on Main Street a cast member asked if we had tried it and described it to us, which not only reminded me I wanted to try it out, but got Mik interested in it.

We did it right after we got to the Magic Kingdom around park opening and it ended up being a good time to do it with not too many people around in Adventureland.  You start by enlisting in a building past the Pirate's of Caribbean ride (almost in Frontierland).  We thought it was funny they wanted to make sure you knew it was not the ride when you entered the queue, as apparently people often enter thinking it is a ride. 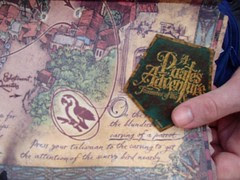 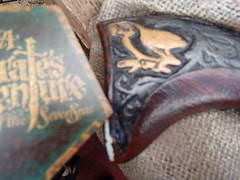 When you enlist you get a magic talisman that is used to begin your adventure and activate the different symbols you have to locate on your treasure hunt. There are five different maps and after you put your talisman by one of the screens it tells you which map to pick up as well as what symbol to go to first. 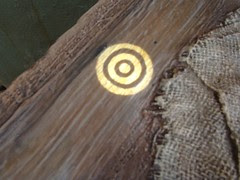 We ended up only doing one adventure.  It had us find three different locations/symbols.  At each one when you out your talisman to the symbol it told part of the story and then lit up the symbol of where to go next until the end it told you to return to where you enlisted if you want to search for more treasure. 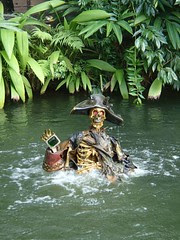 Overall it was fun to see it activate different things, especially the skeleton coming out of the water at the end.  It reminded Dad and I of the different adventures we did when we stayed at Aulani that led to us activating different things including making the volcano erupt and the lobby floor light up.  Mik seemed to think it was okay, but the very first symbol we activated was a gun and it made a loud gunshot sound that totally surprised us and leading Mik to not really like the adventure due to him not liking loud noises.  At the second spot, it was a cannon and he made sure to cover his ears before we activated it and since he was ready it didn't bother him.  Mik did say that some other trip he may be interested in doing more and Dad and I most definitely will. 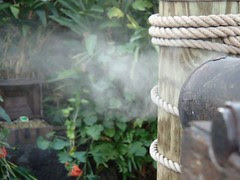 Destination Info:
A Pirate's Adventure: Treasures of the Seven Seas