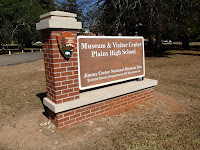 I was close to having visited 100 National Park units, so I wanted to do it this year while it was the Centennial. I also wanted my 100th to be something cool. Thus, I chose Jimmy Carter National Historic Site because we have the same birthday and he is also Mom's favorite president. 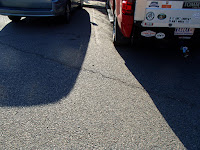 We started our visit at the Plains High School Museum and Visitor Center. There are parking lots in front of and behind the building. We liked that it clearly pointed to the back parking lot for the accessible spots as the ramp entrance to the building is the back entrance. However, we did not like the parking spots because neither one had an access aisle. Since there weren't many other visitors no parked next to us anyways, but we still were blocking the vehicle next to us if they needed the wide access like we do. 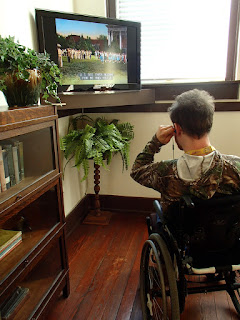 The museum has several rooms set up as the school would have been, a movie showing in the auditorium, and a timeline style exhibit on Jimmy Carter. Mik enjoyed the movies about the school that included students talking about their time there. 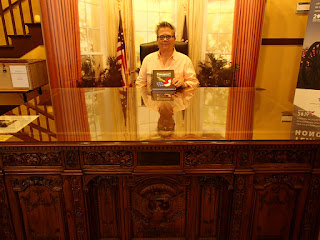 Our favorite part of the museum was the Resolute desk replica. 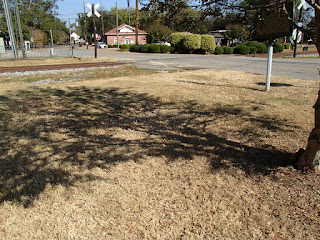 After the museum, we walked over to the Plains Depot, which was the 1976 Campaign Headquarters. It was worth walking over there for us as we battled the two Pokemon gyms that were between the museum and the depot. We had Mom drive the truck over rather than walk back to the museum, though because there was a better handicap spot by the depot, though, and we didn't want to have to cross the railroad tracks and the highway again. 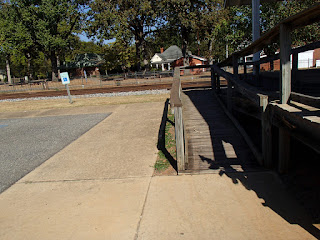 The Plains Depot has a good exhibit about its history as the campaign headquarters. The main part of the exhibit is up on the platform level, which has ramp access by the parking lot. The other part is not accessible from inside the building due to steps, but there is a door to it at street level.