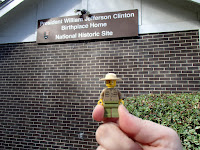 Since we had visited the Jimmy Carter national park unit earlier this trip, it seemed natural to stop by the Clinton one when we were driving through Arkansas. At first it was confusing if it was accessible because the parking signs are only on the street by the railroad tracks, which has steps up to the Visitor Center. Mom went in and asked if it was accessible and discovered there is a parking lot behind the house. There are no actual handicap spots, but it's a decent size parking lot and we were pretty much the only ones there. 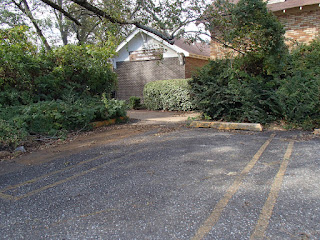 We got there right as it was the time for them to give a house tour, so we started with  the tour. The first floor is mostly accessible. Mik particularly liked that unlike most historic homes this one had no barriers keeping you from areas. Thus, it really seemed more like people had actually lived here. The second floor isn't accessible, but the ranger gave Mom and I the quick tour of it separately while the other one of us  waited with Mik downstairs. 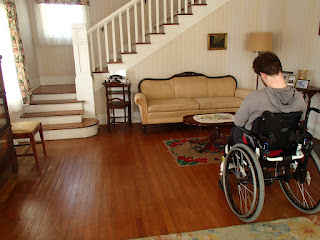 Overall Mik enjoyed the stop because it was a really quick one. However, it is a little disappointing in that it seems a little too limited. They do have a small exhibit about Clinton and his family members, but it's kind of odd the only artifacts were basically campaign buttons. 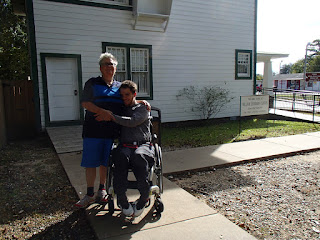