Diagon Alley turned out to the complete opposite of Hogsmeade. While it also only has transfer only thrill rides, the area was much more open allowing us to actually navigate and enjoy it. 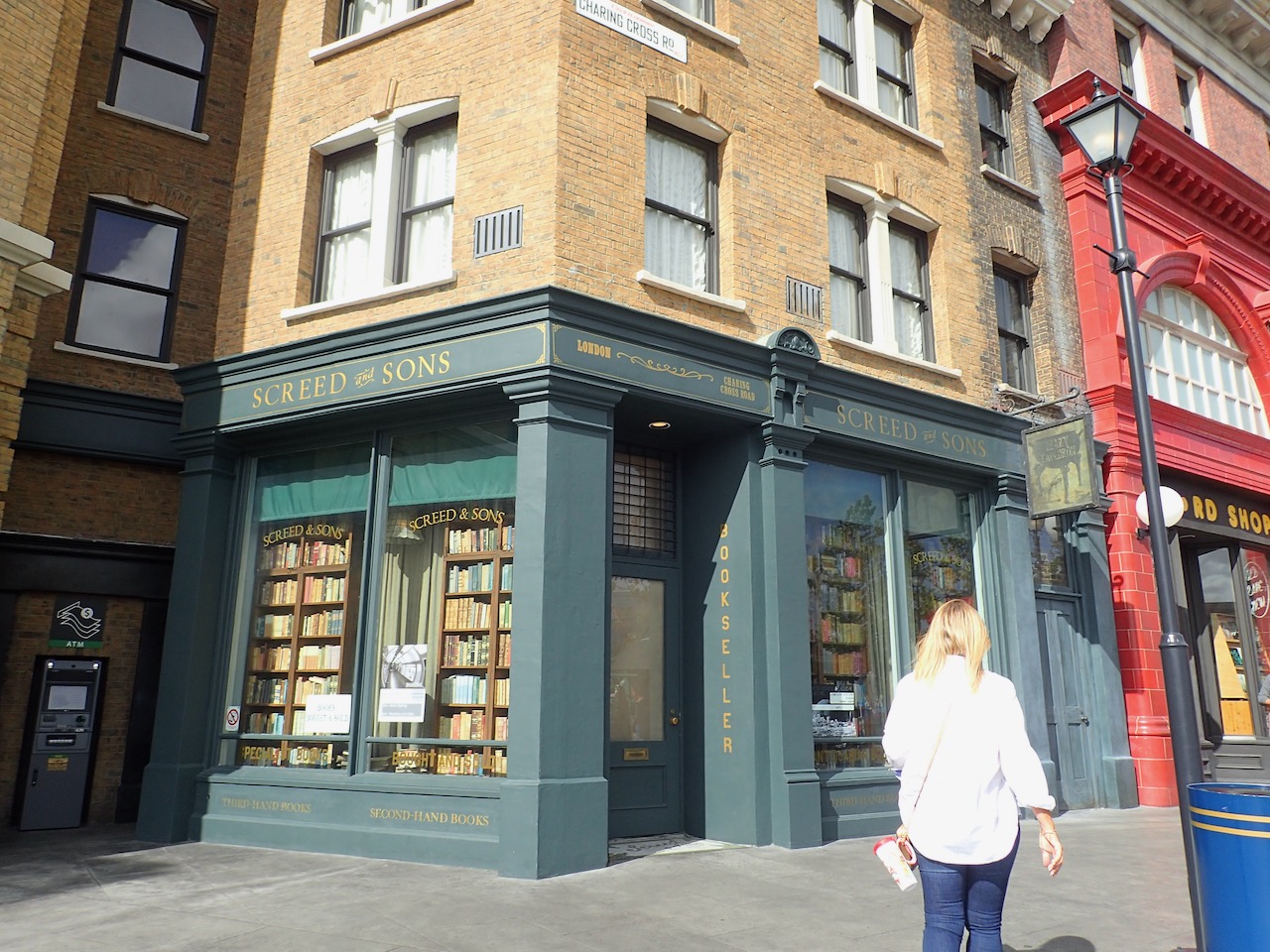 Finding Diagon Alley was slightly confusing, but amusing once we noticed you just wander through the passages in the buildings to find Diagon Alley hidden in London just as it should be. 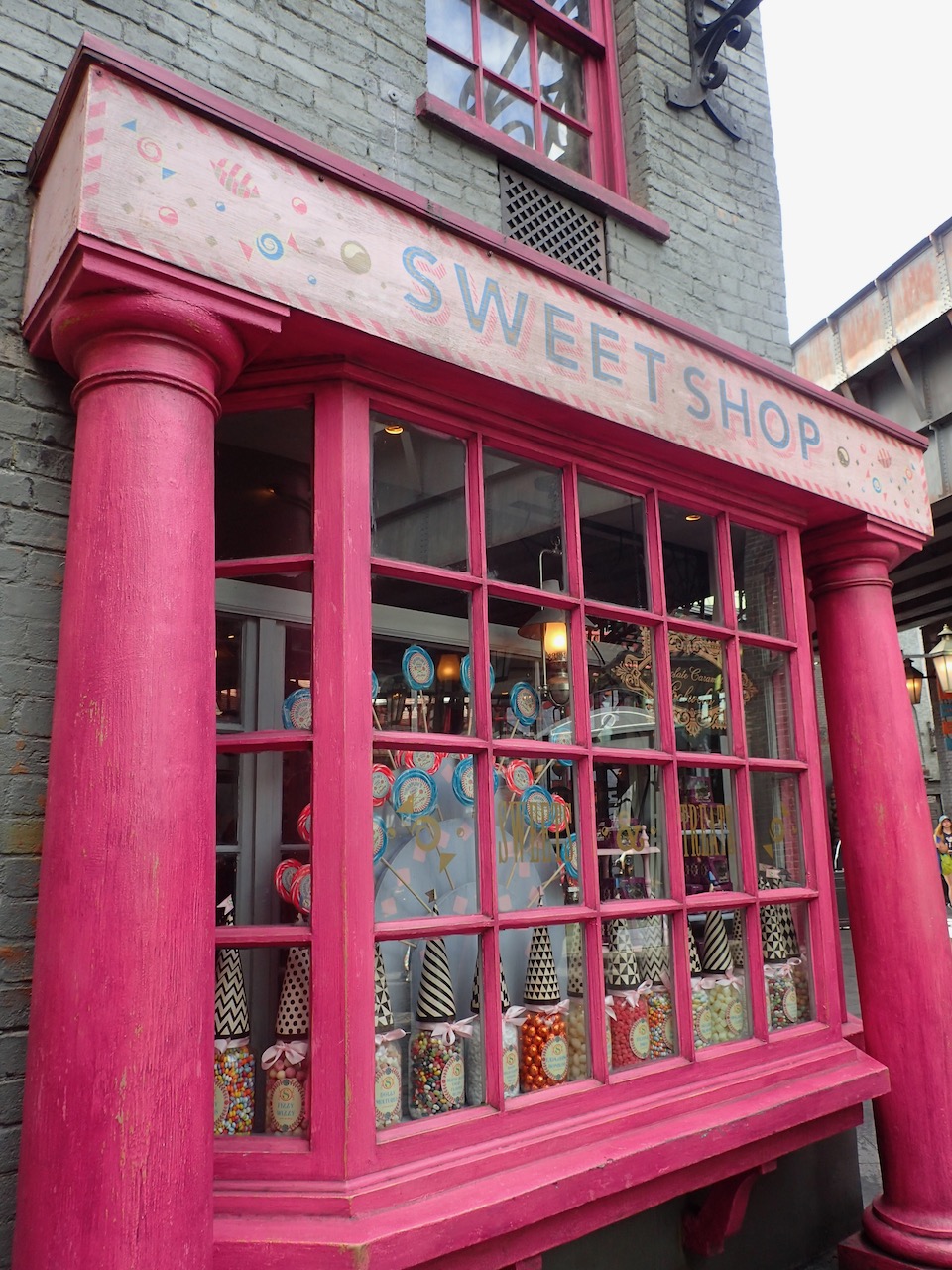 We were happy to immediately find Sugarplum's Sweet Shop, which doesn't have as big of a selection as Honeydukes in Hogsmeade, but did have the Fudge Flies Mik wanted and, of course, Chocolate Frogs I wanted along with several other sweets such as Bertie Bott's Every Flavor Beans. The shop was also much smaller, but the layout was more open and thus easy to navigate, especially since there was no one else shopping in there when we visited. 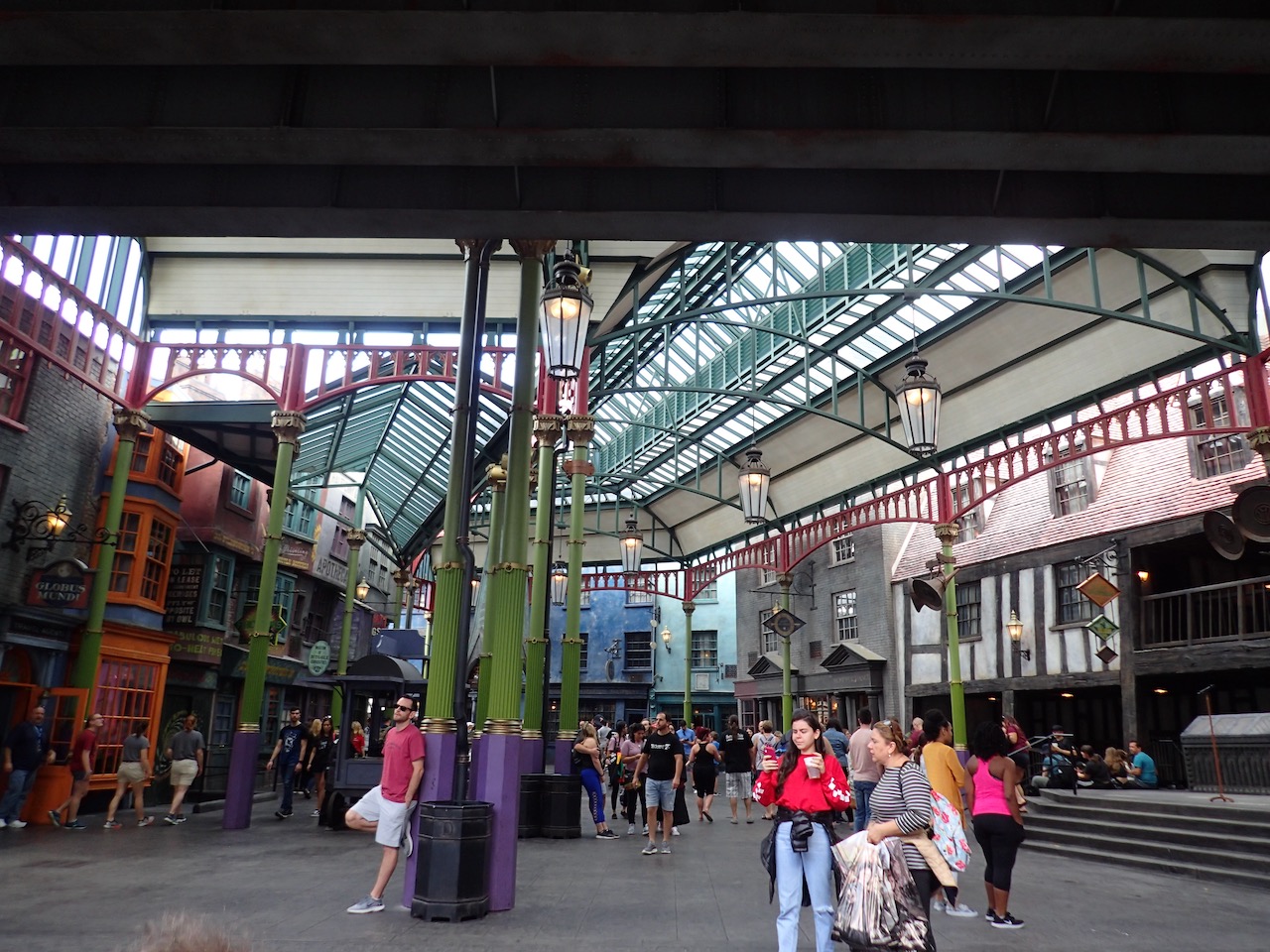 We didn't wander into any of the other shops, but we did enjoy walking around Diagon Alley with it's much wider areas than Hogsmeade. 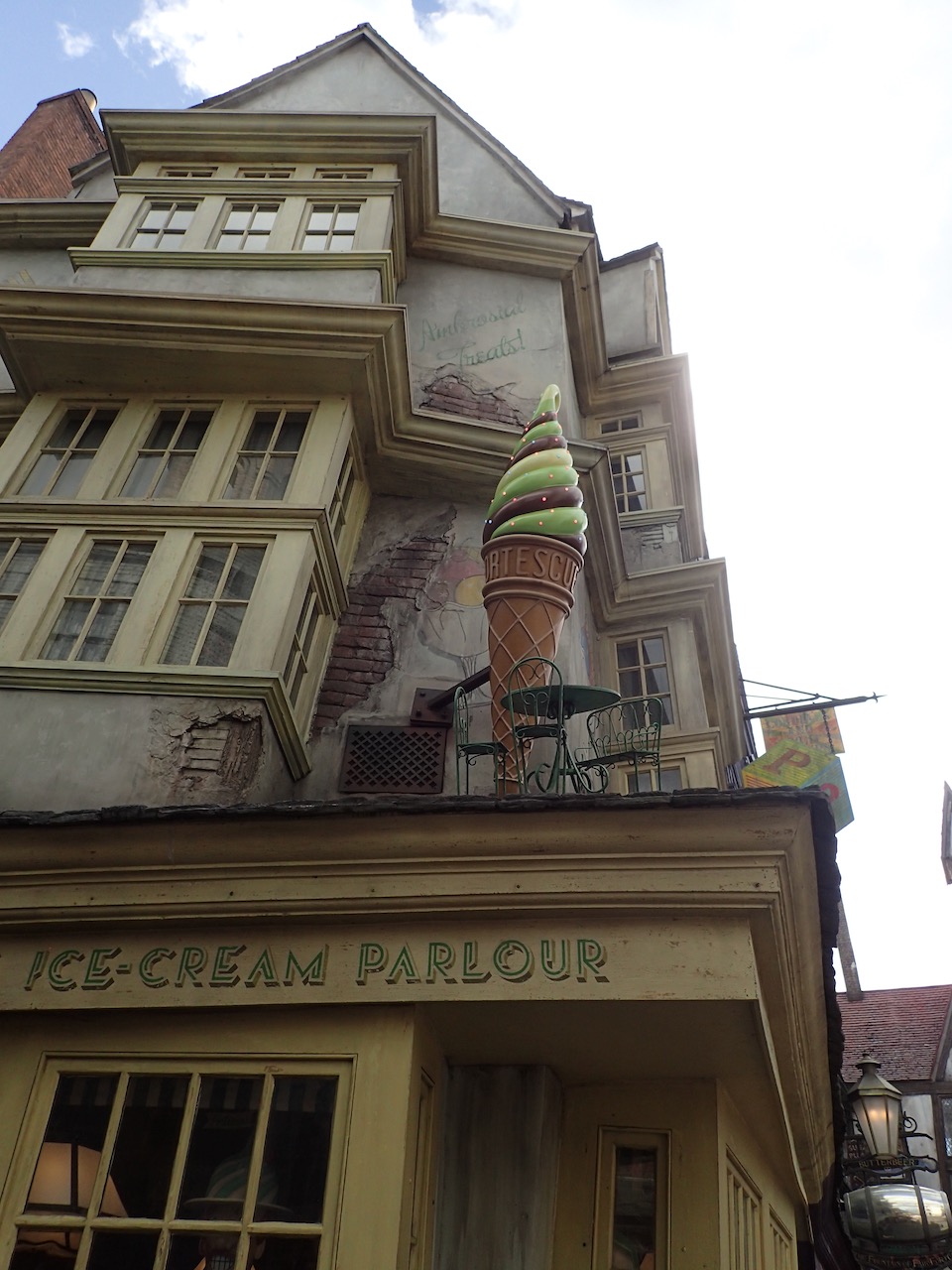 We did visit the Florean Fortescue's Ice Cream Parlour, which is just a queue for the ice cream making it an easy go in one door and out the other after paying experience. 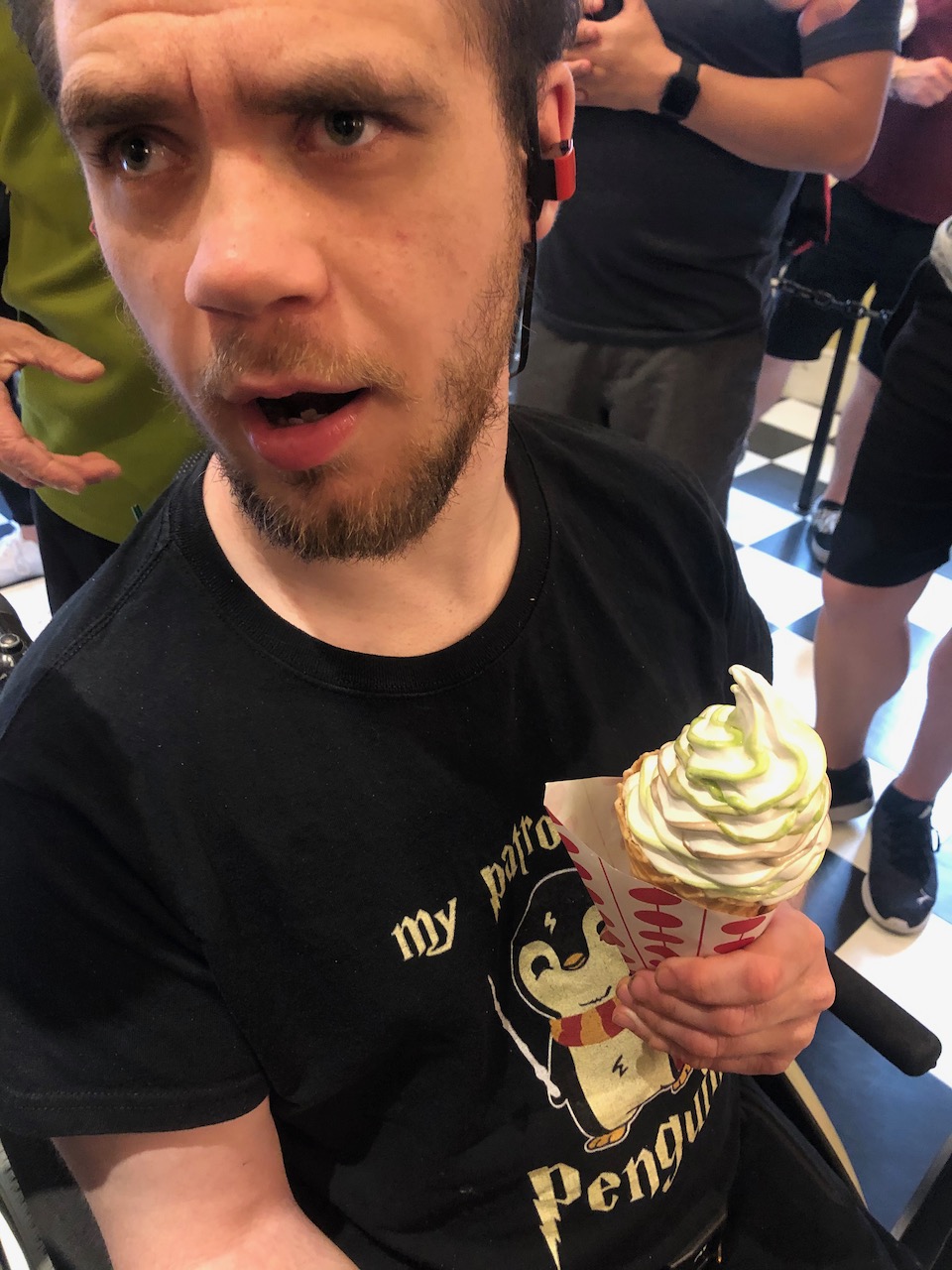 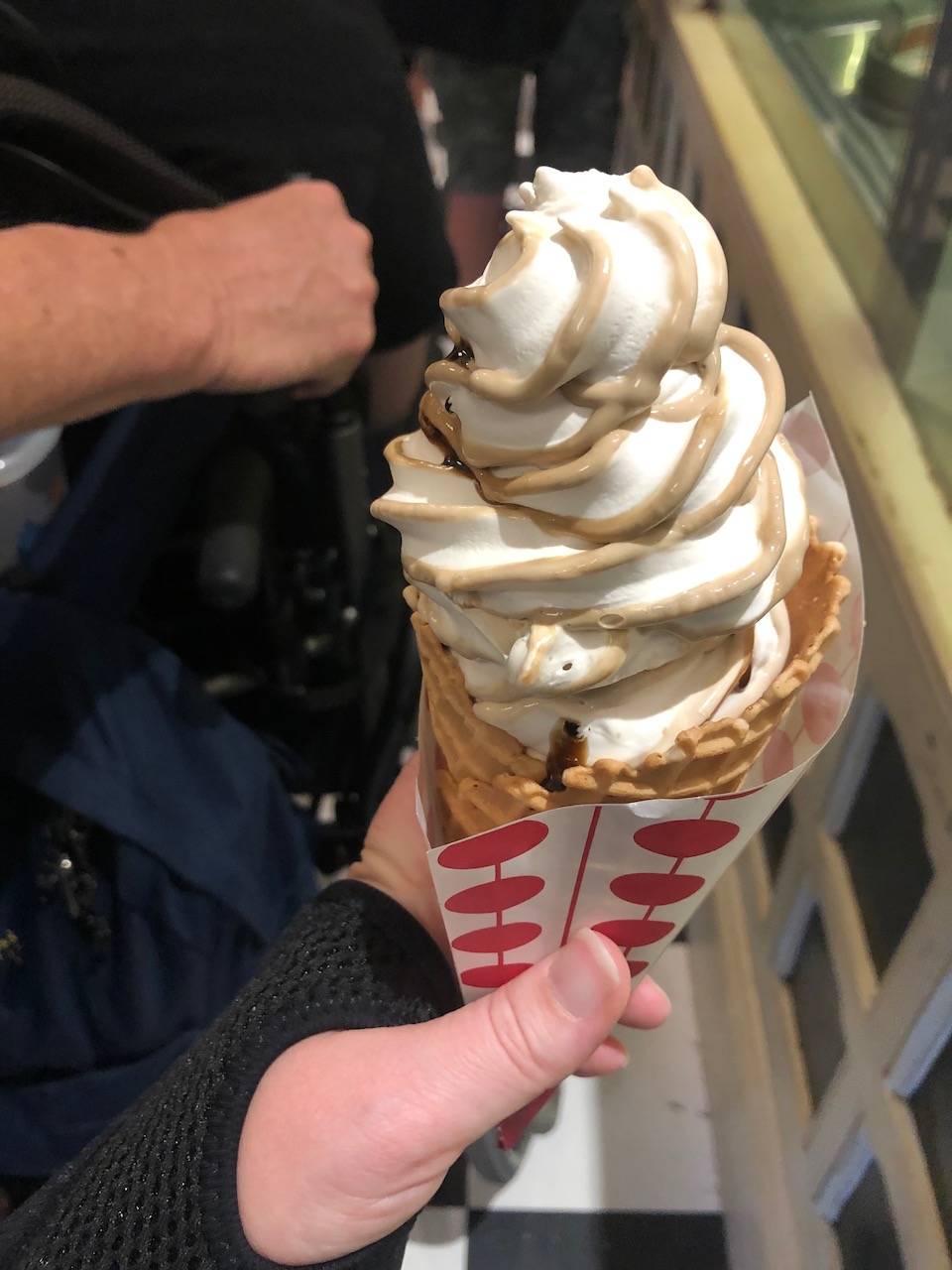 I had the Butterbeer flavor. 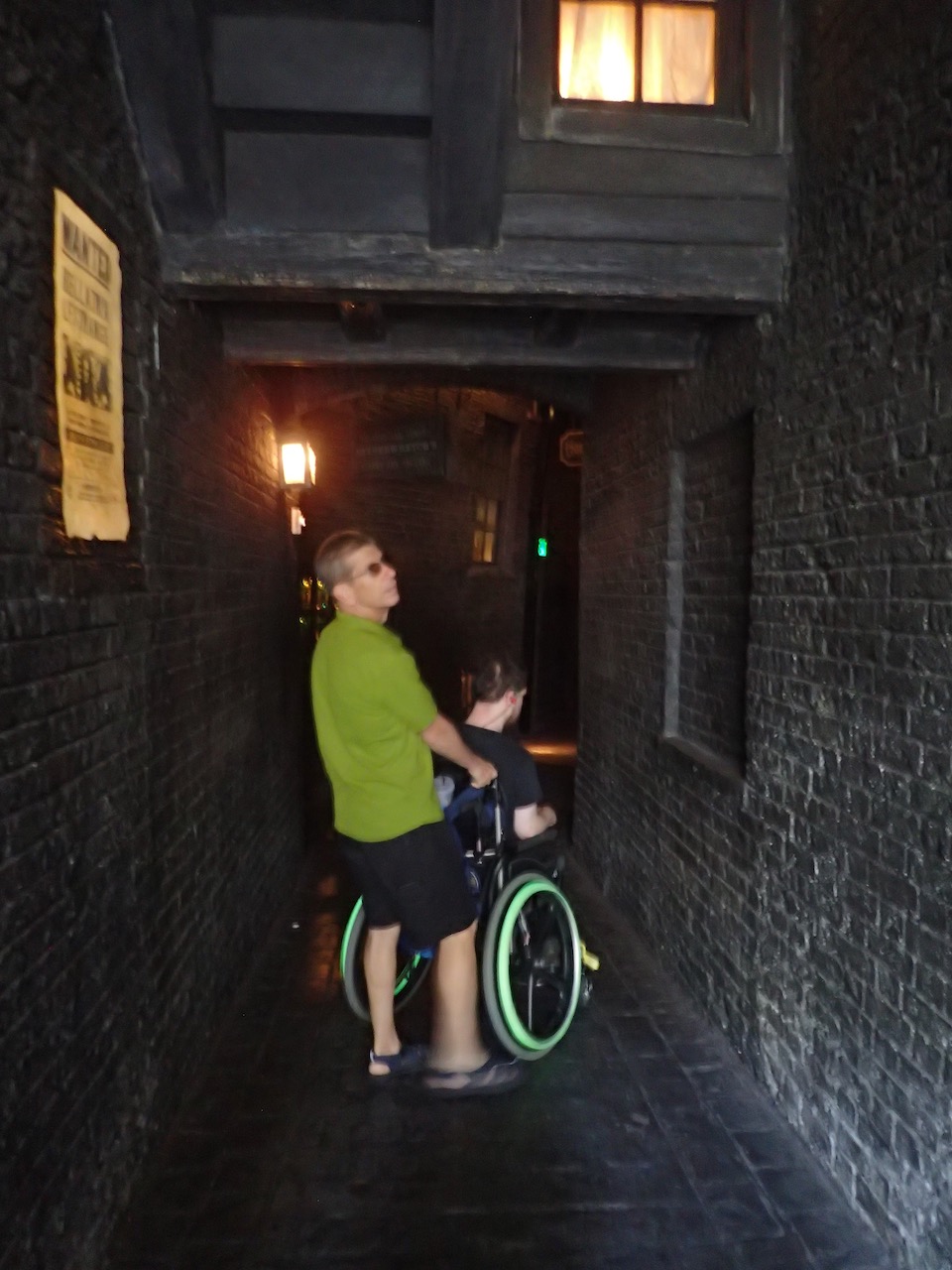 Our wandering included ending up in Knockturn Alley. 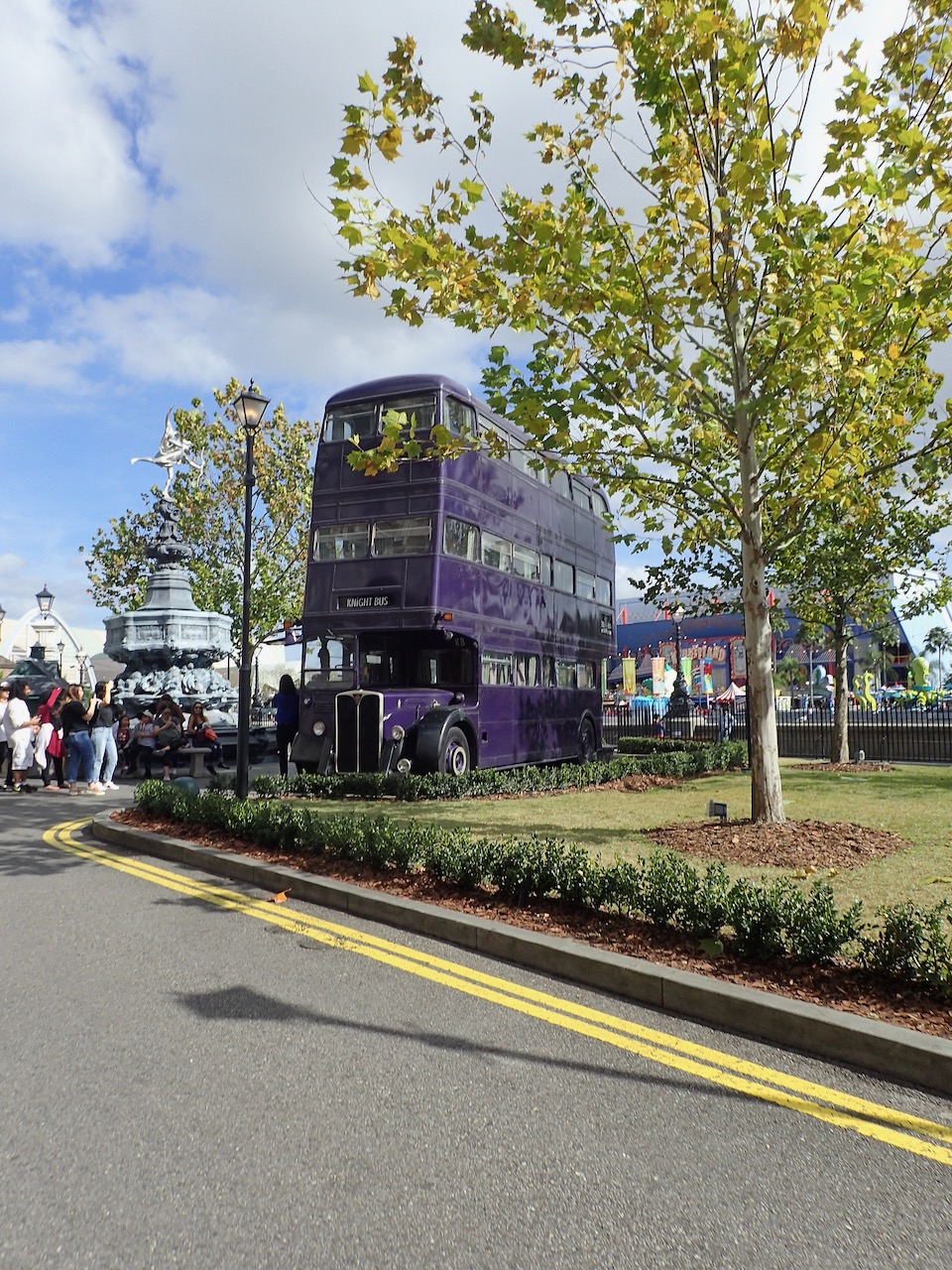 Overall we really enjoyed the Wizarding World experiences of London and Diagon Alley, especially after the disappointment of Hogsmeade.