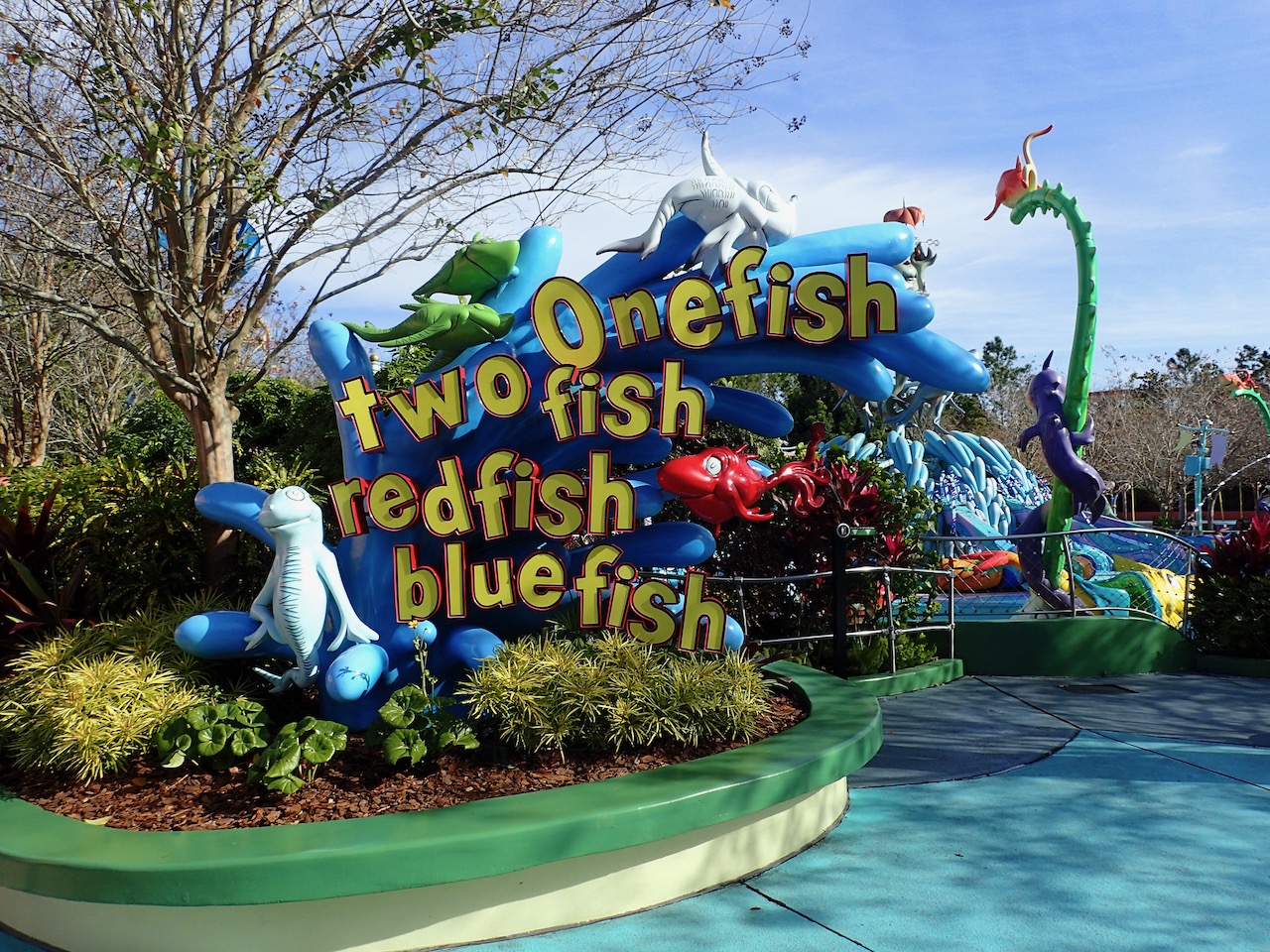 As Dumbo is a favorite of mine (and would probably also be for Mik if it was accessible as he enjoys the Magic Carpets of Aladdin), it seemed fitting that our first ever ride at Universal was One Fish, Two Fish, Red Fish, Blue Fish. 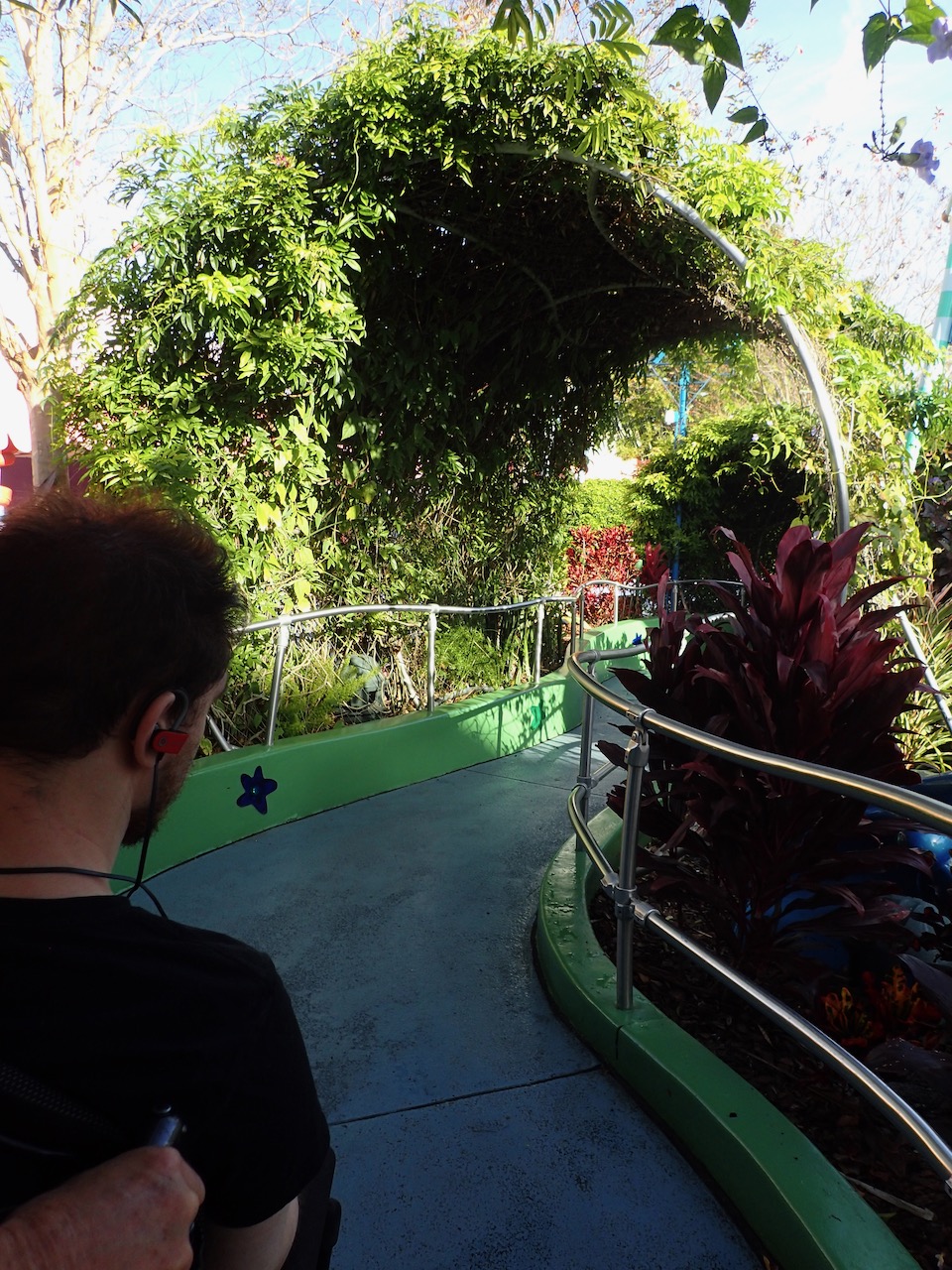 The queue was easy, especially since there was no line. Discovering how they handle loading was a tad annoying, though, as when we got to the front we then waited as the ride went half full twice before the lead arrived for us to be able to load. I would hope that if this area ever is crowded they have a lead per ride and not the one that ended up being for multiple hence the wait for her at each we did. 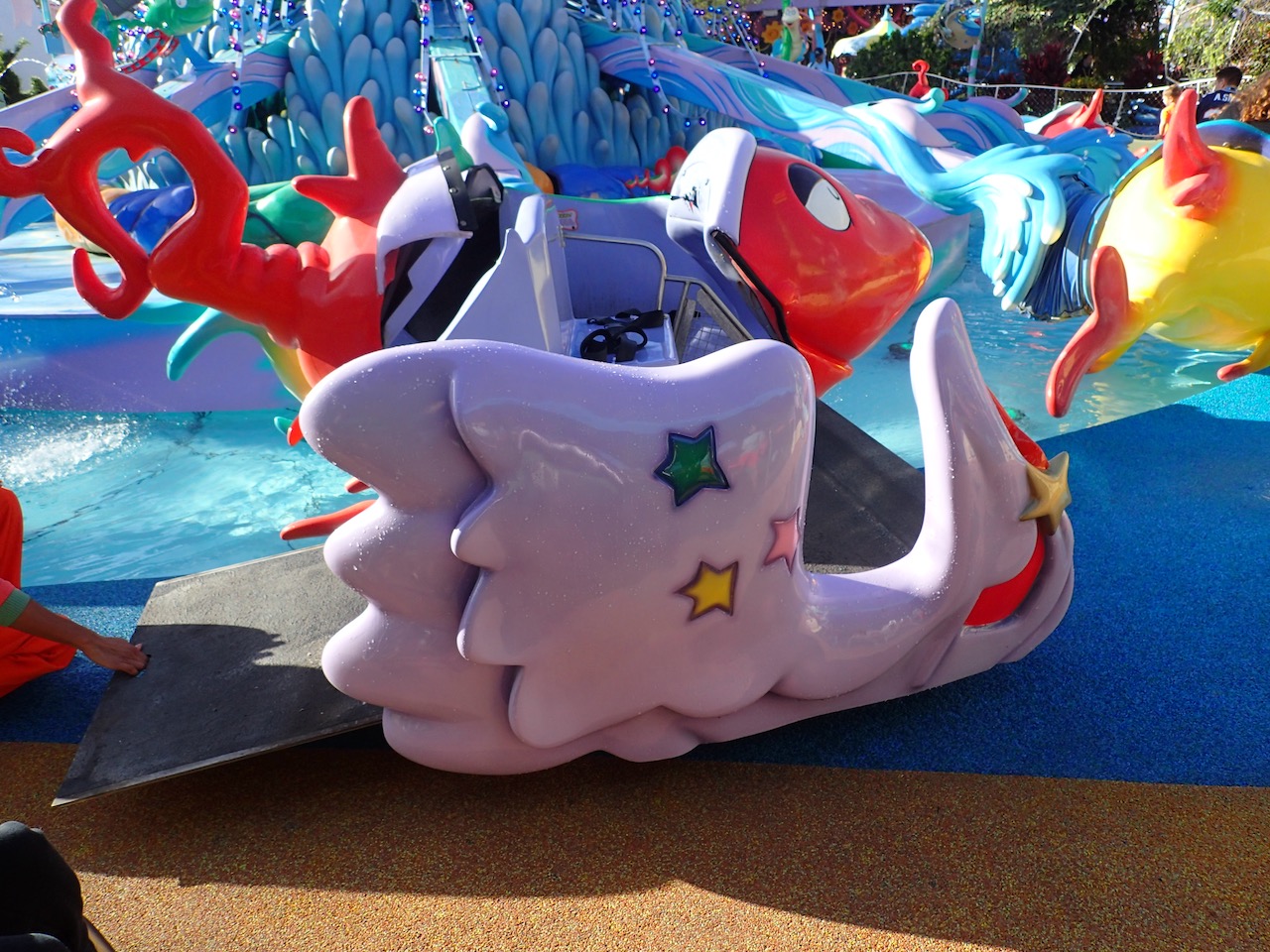 Mik was excited that it was a red fish that was designed to slide out and have a ramp to roll onto. 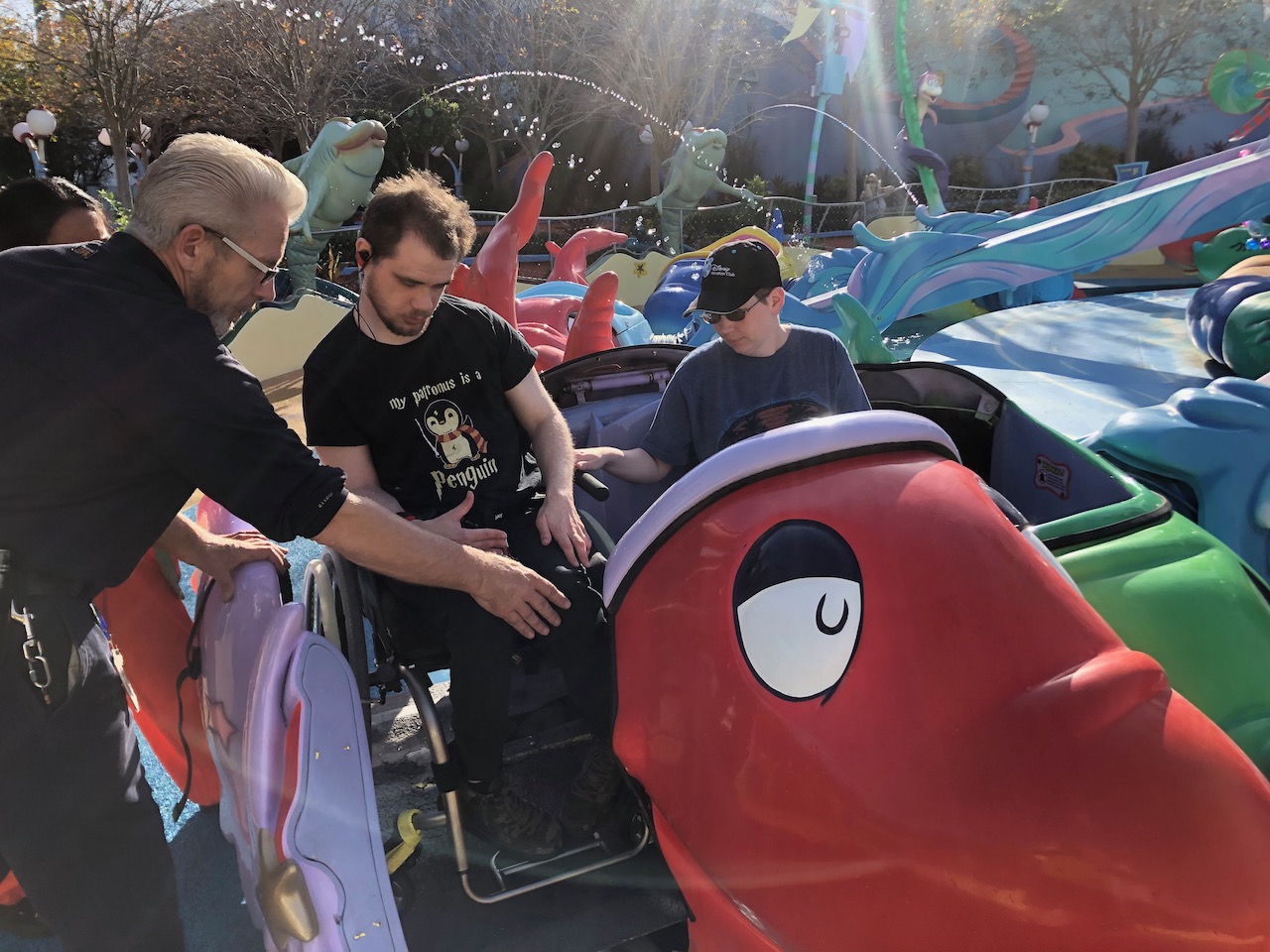 The sliding in part was somewhat problematic. At first they had his chair seemingly too far back as his armrests bumped into the low part of the back of vehicle. Then they moved him too far forward and his knees were a problem. We were able to get it right eventually, though. (I think the first time would've worked fine if Dad had just listened to me and took off the armrests). I really did appreciate that they cared to keep trying to make it work because one reason Mik is always hesitant to do the Triceratops at Animal Kingdom because one time we tried they insisted he had to use a park wheelchair instead of letting us try to make it work without a transfer. 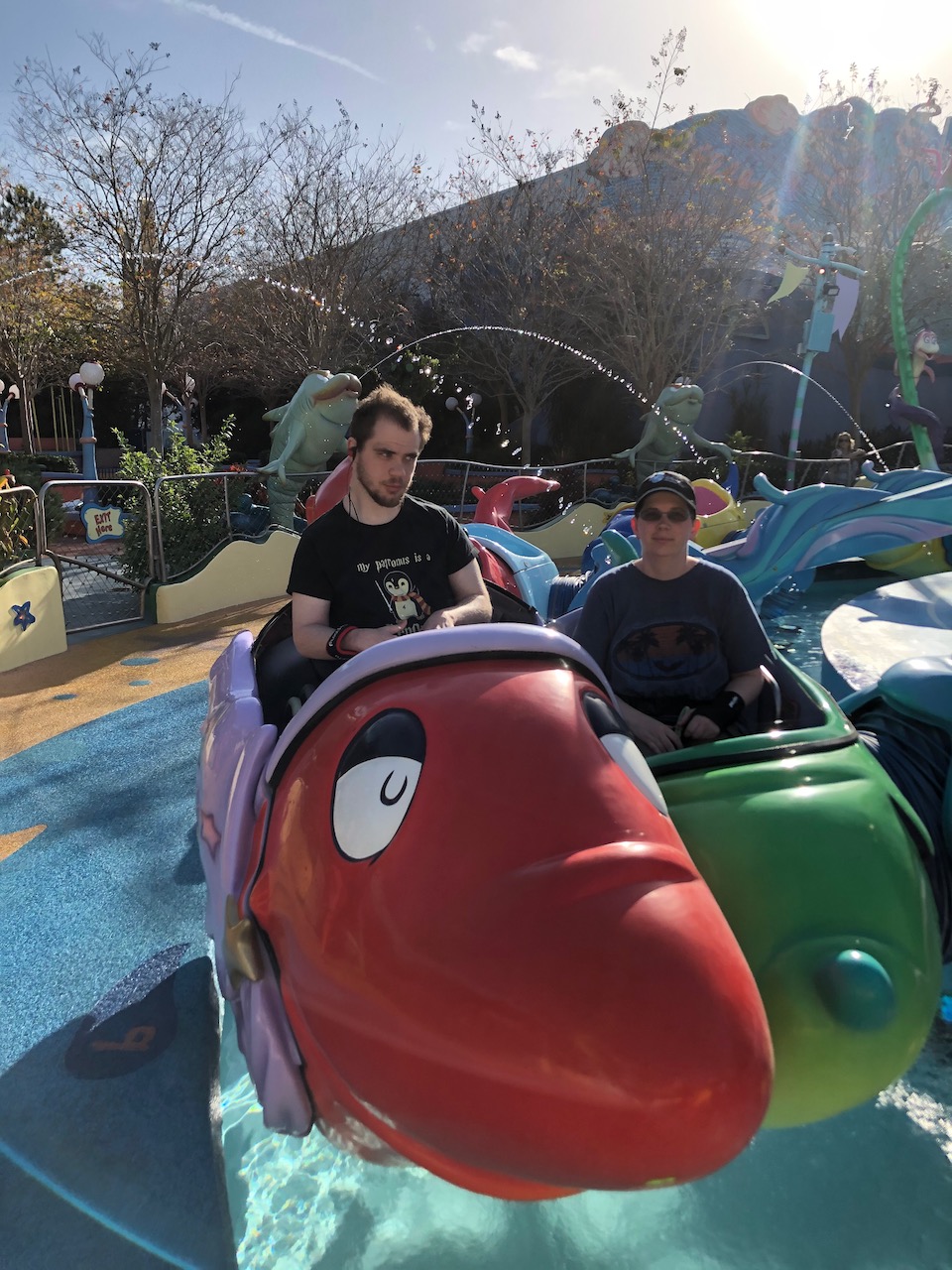 We also liked that we got to ride next to each other instead of behind him like on TriceraTop Spin or in front on Magic Carpets of Aladdin. Now seriously, though, why didn't they make Dumbos bigger or whatever needed to have a wheelchair accessible one when they expanded??? 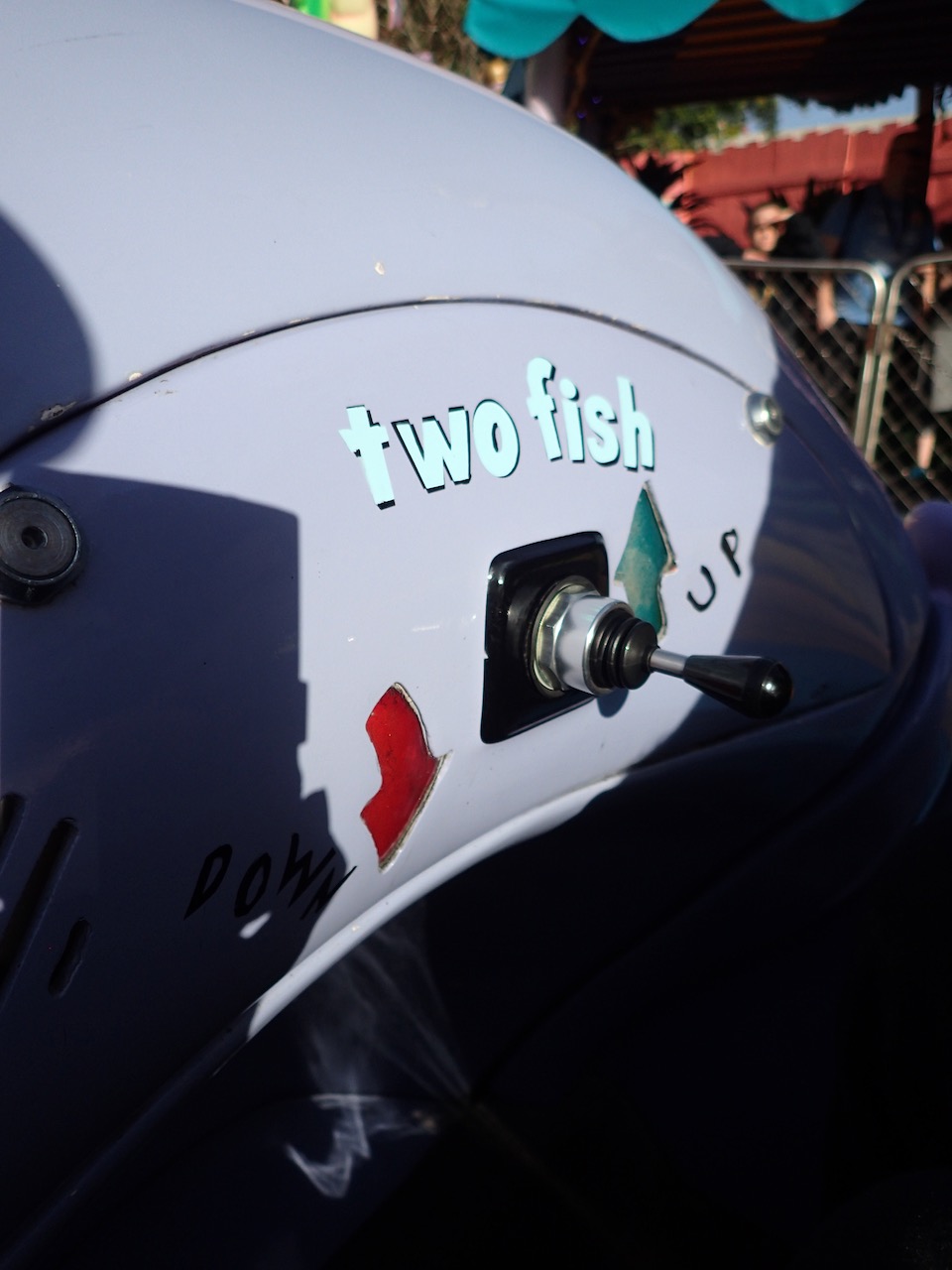 Mik was afraid to lean forward to be able to control the fish, but it was easy for me to reach and he enjoyed going up high and using his camera during the ride. Staying up the whole time also seemed to be one way of avoiding getting wet even though we didn't pay enough attention to really follow the song to stay dry. 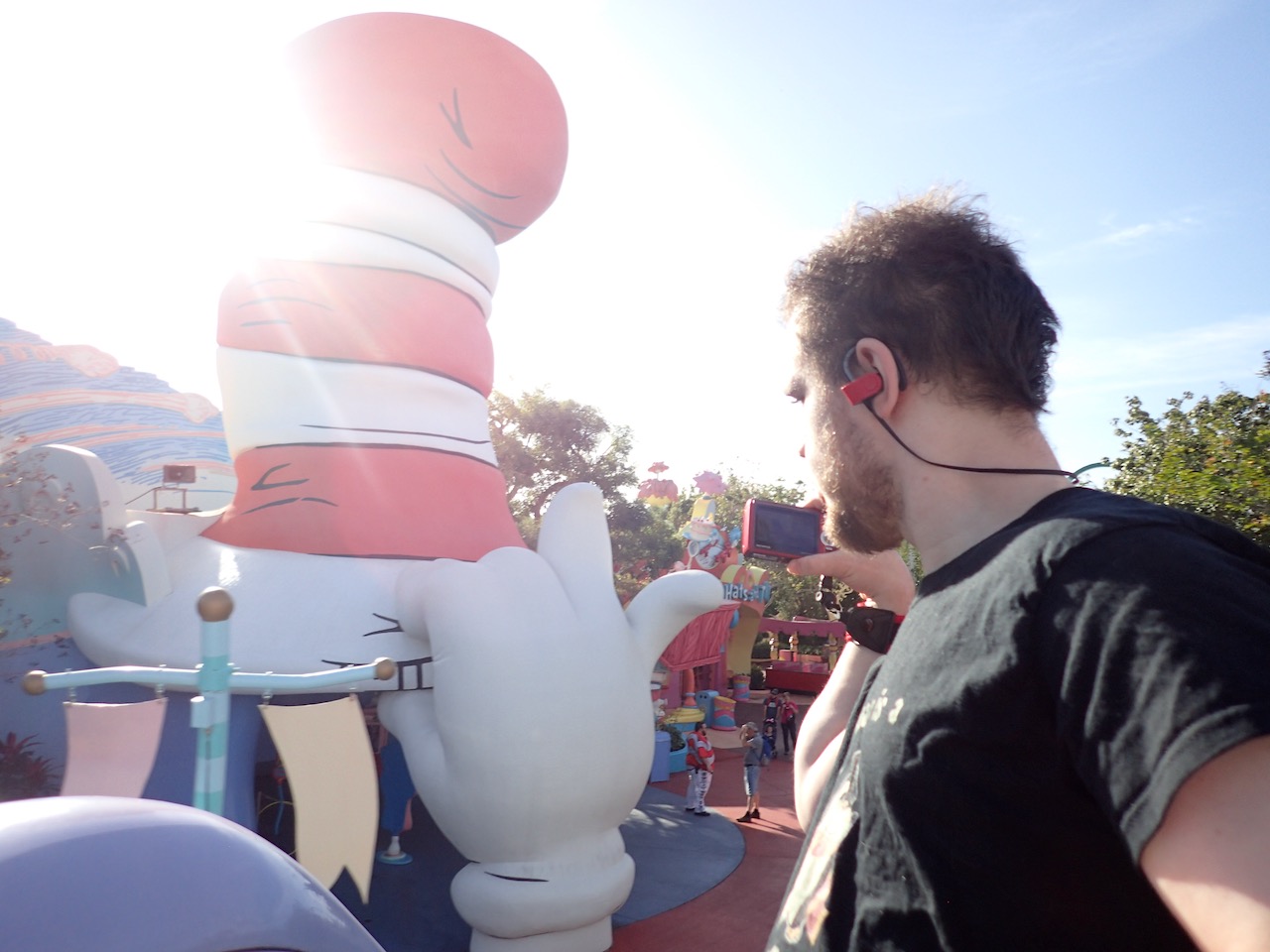