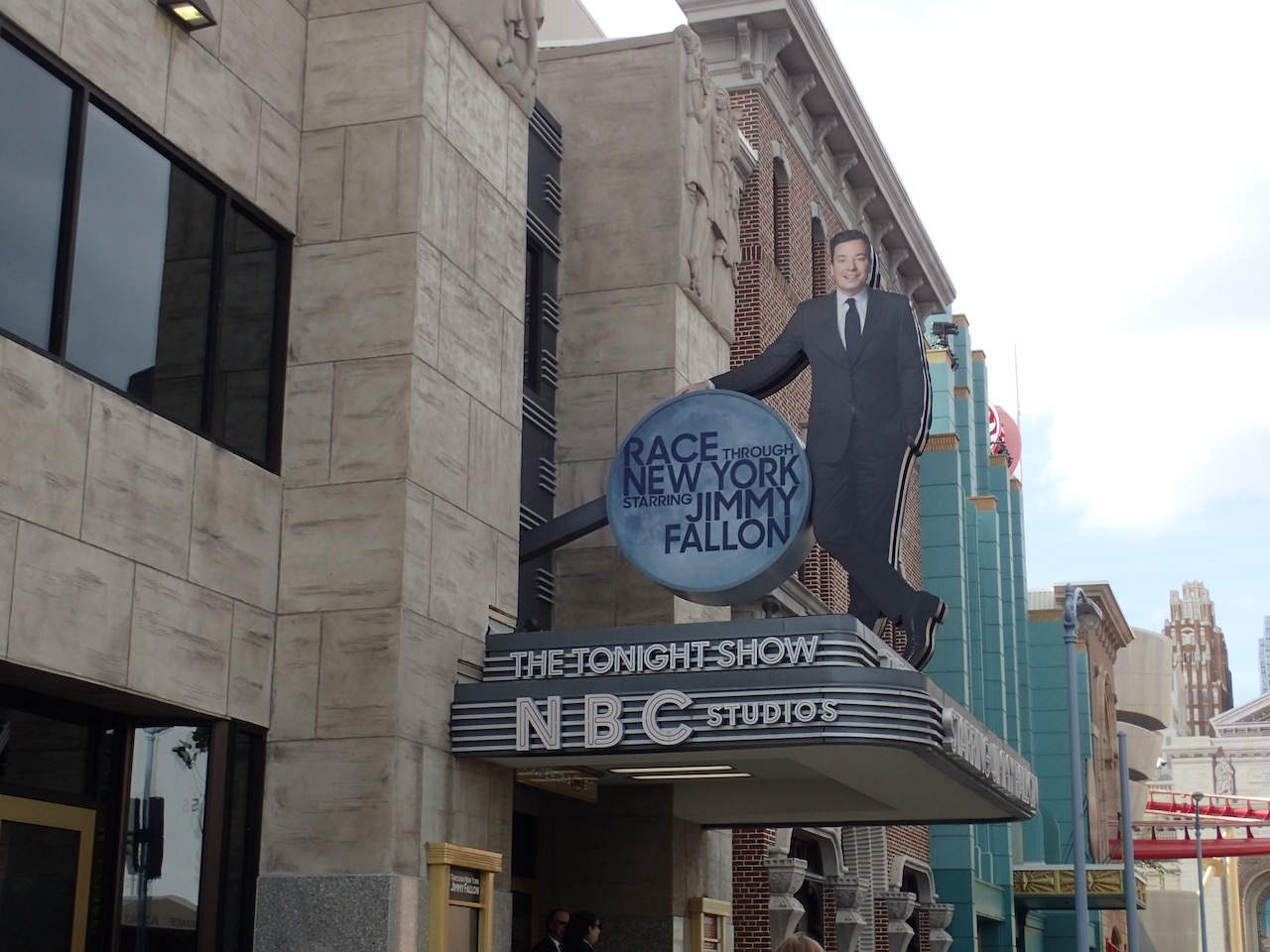 Race Through New York Starring Jimmy Fallon was not initially on our list to do, but as it was only early afternoon when we finished our must dos (Suess Landing and Wizard World) we started going through the list I had starred of the non-transfer attractions. This one piqued our interest in that we couldn't understand how it was a simulator ride while still being non-transfer. Basically, we figured there must be a stationary way to experience it, which ended up being the case for the Minions. Instead, it turned out to be the most impressive accessible ride experience we've ever seen.

When you enter the building for this attraction, they asked if Mik could transfer or not. They kind of tried to convince us to transfer as the wait would be longer, which we not only experienced throughout most of Universal Studios but also increasingly experienced at Walt Disney World this trip. Once we told them we preferred it to take longer to get on the ride than have to transfer, the experience with the person called to escort us and do the attraction was great.

We learned that the normal loading process is you get assigned to a group and get to free roam through a museum area until it's your turn to go. This is a fun line concept and we were told we could come back later and just do the museum area if we wanted. We didn't get around to doing that as Mik got tired and that was the one thing Mik wish we had done at Universal. 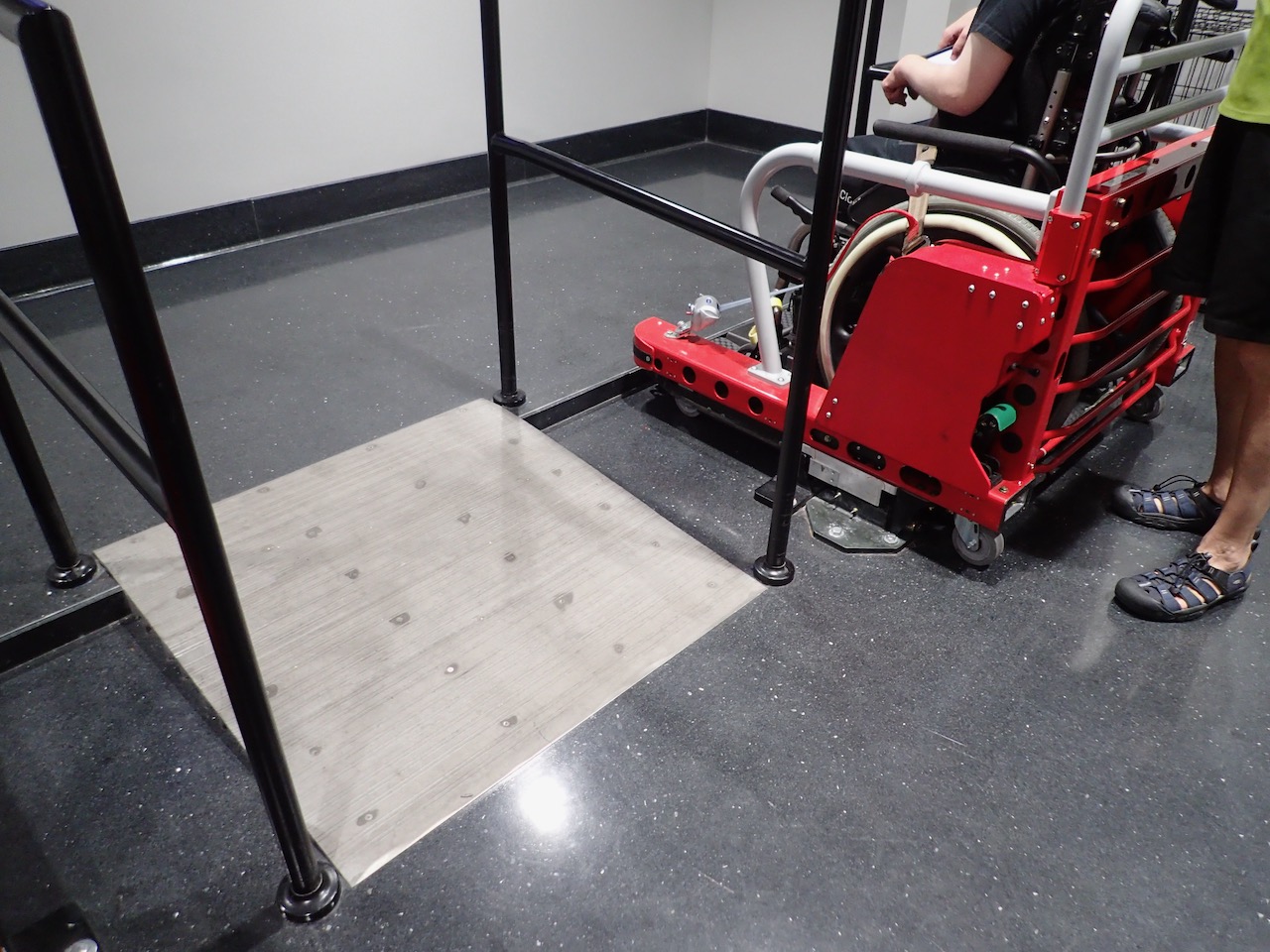 The escort took us to a room where the chair is loaded onto a platform and secured. The ride preshow is also shown in here before loading. 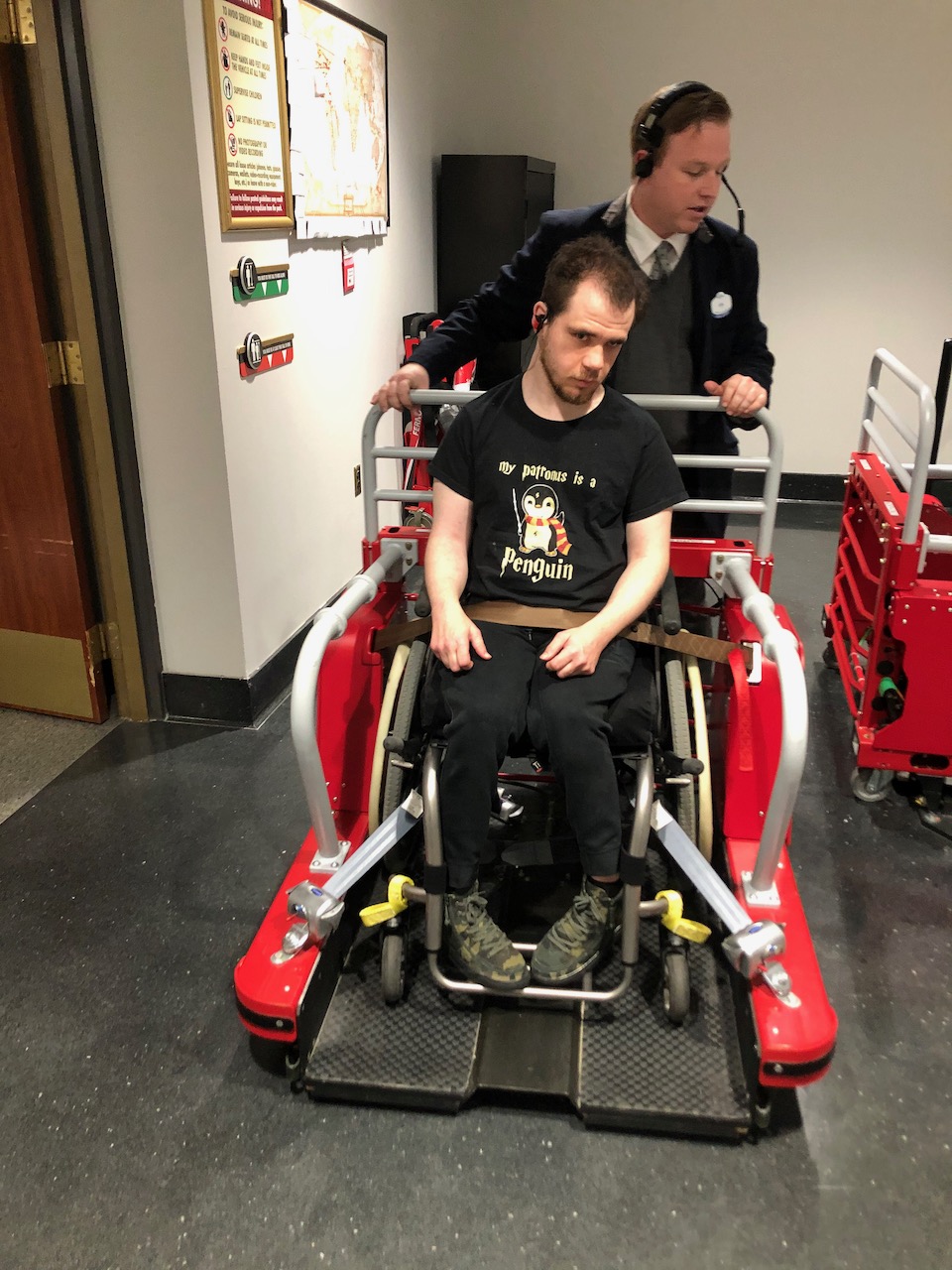 Then the platform is wheeled to be loaded into the attraction. 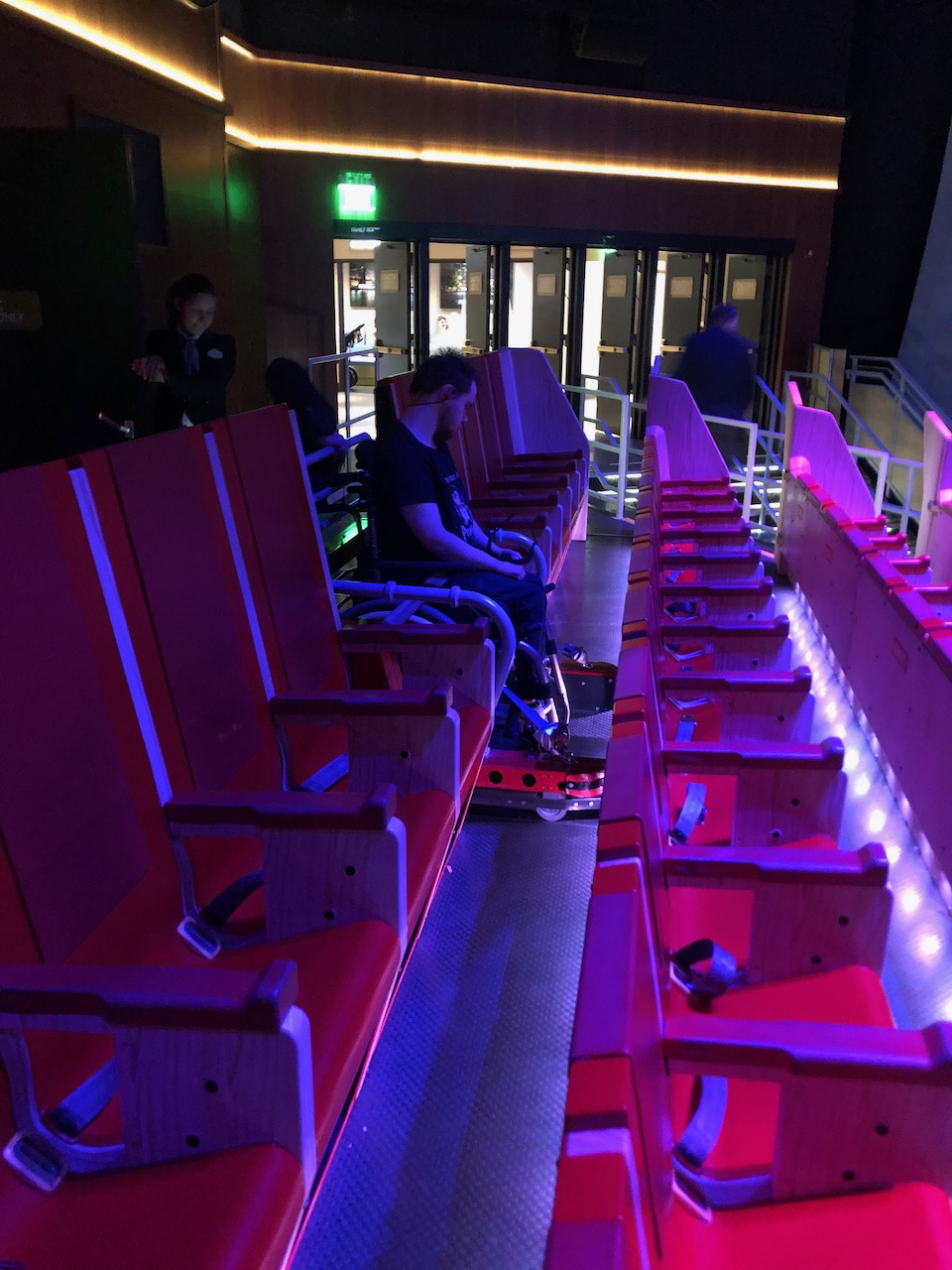 Seats are removed from the middle of the back row and the wheelchair platform is loaded into the theater.

Overall this was a surprisingly fun motion simulator ride and they've actually figured out how to make a thrill ride that doesn't require a transfer. It was also interesting to get to be in the back row as the main simulator ride we do is Star Tours and I've never experienced it from anywhere except the front. Ever since Star Tours went 3D, I haven't liked it because it doesn't look right with my glasses, but I had no problem with the Jimmy Fallon 3D and wonder if that has to do with being further from screen (tried to ride Star Tours once without Mik later that week, but, of course, still randomly ended up in the first row).