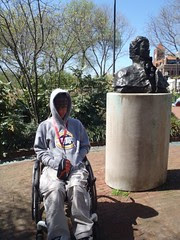 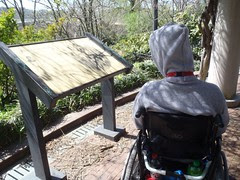 Mik was not to into us stopping at the memorial, but only because it was cold and windy that day.  After we got over there, though, he did want me to read some of the informational signs to him.  I think the trees growing up the columns is pretty cool.