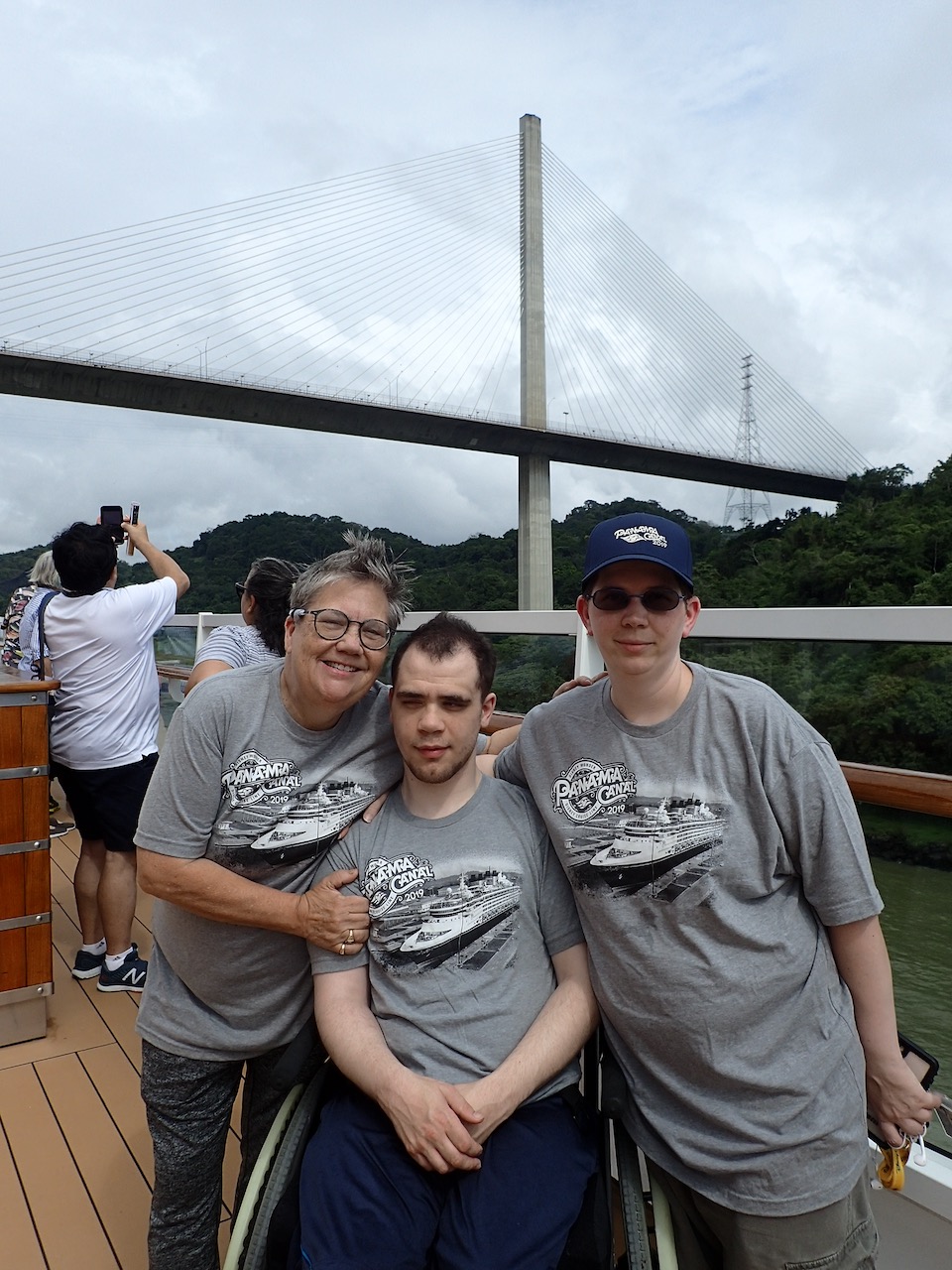 While it may have been interesting to watch going through the locks from the front of the ship, we decided it wasn’t worth being in the crowd. Instead we spent most of the day on Deck 10 starboard near the Concierge Lounge. Dad mostly was on the sun deck for the lounge, which does have a lift so Mik could have gone up there, but it was easier for him to get a good view right on the edge of the ship and with the style of the railing on Deck 10. 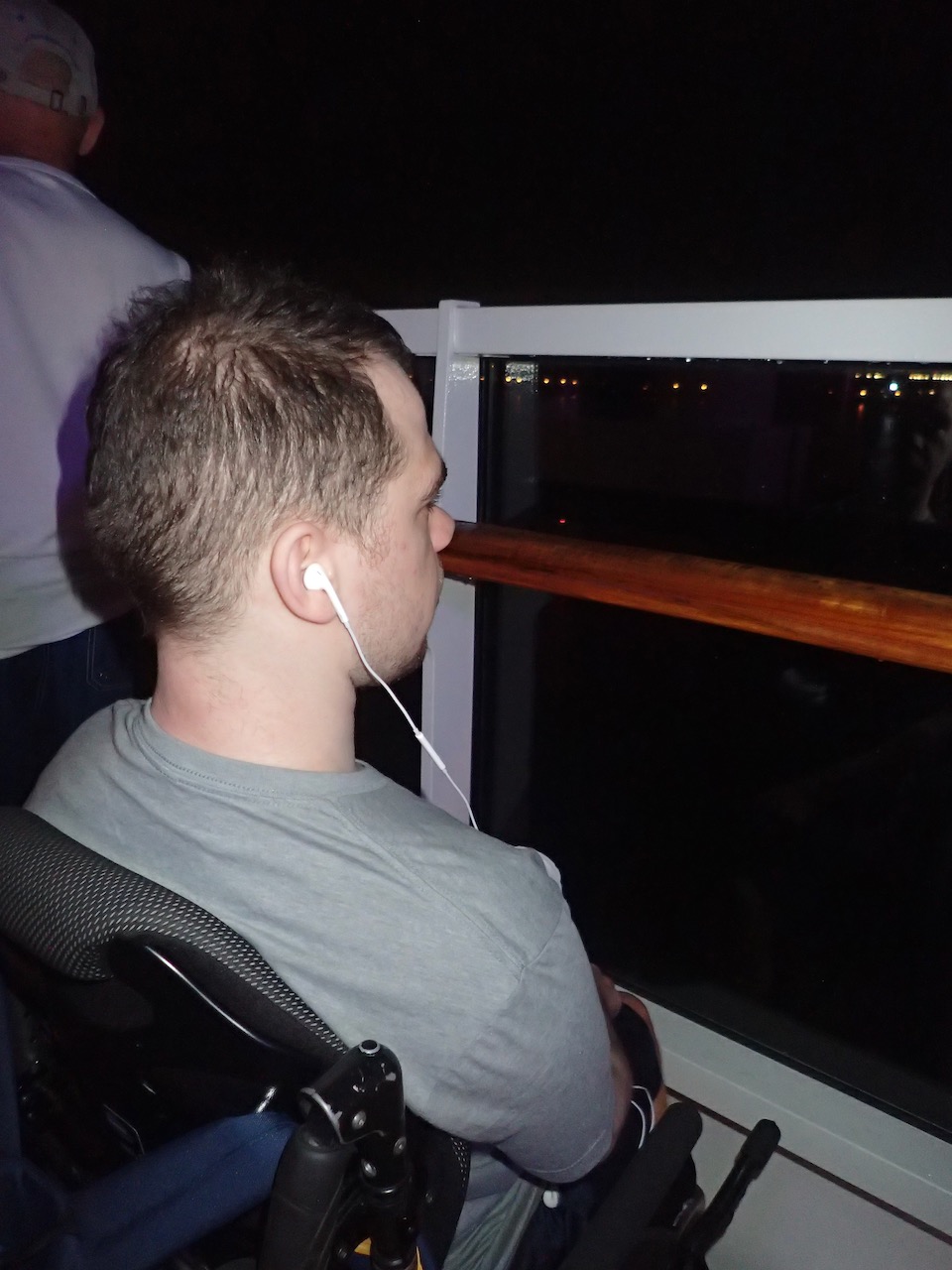 I got Mik about 5:25am when I knew we were getting close to the Bridge of the Americas. We easily found a spot for him right by the railing. It was at that point too crowded for more than just him and me to be up front, but it was only one person deep along midship and we could have gotten more space if we moved more between midship and aft. We went under the Bridge of the Americas around 5:40. 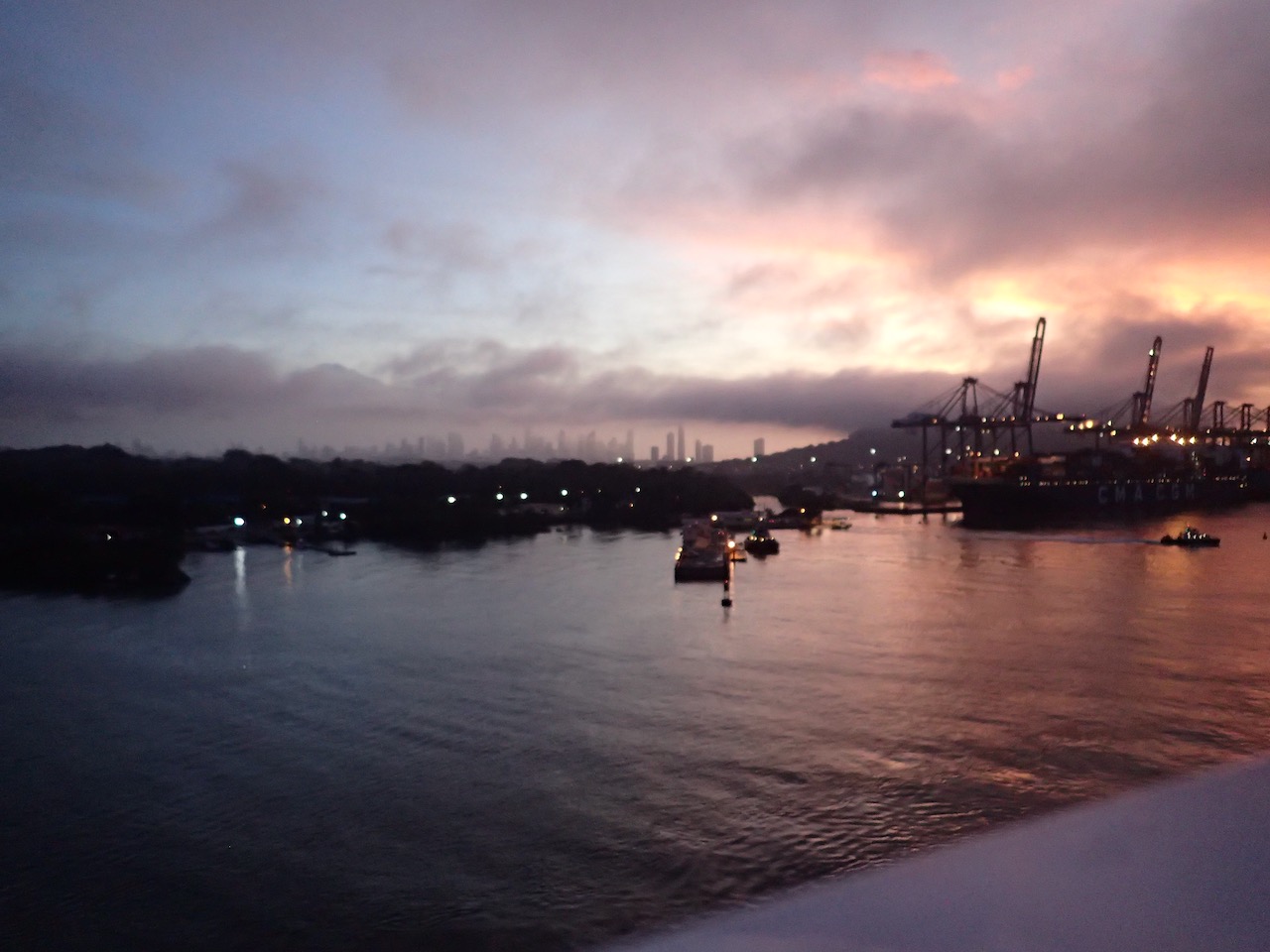 We enjoyed the sunrise as we were between the bridge and the Cocoli Locks. 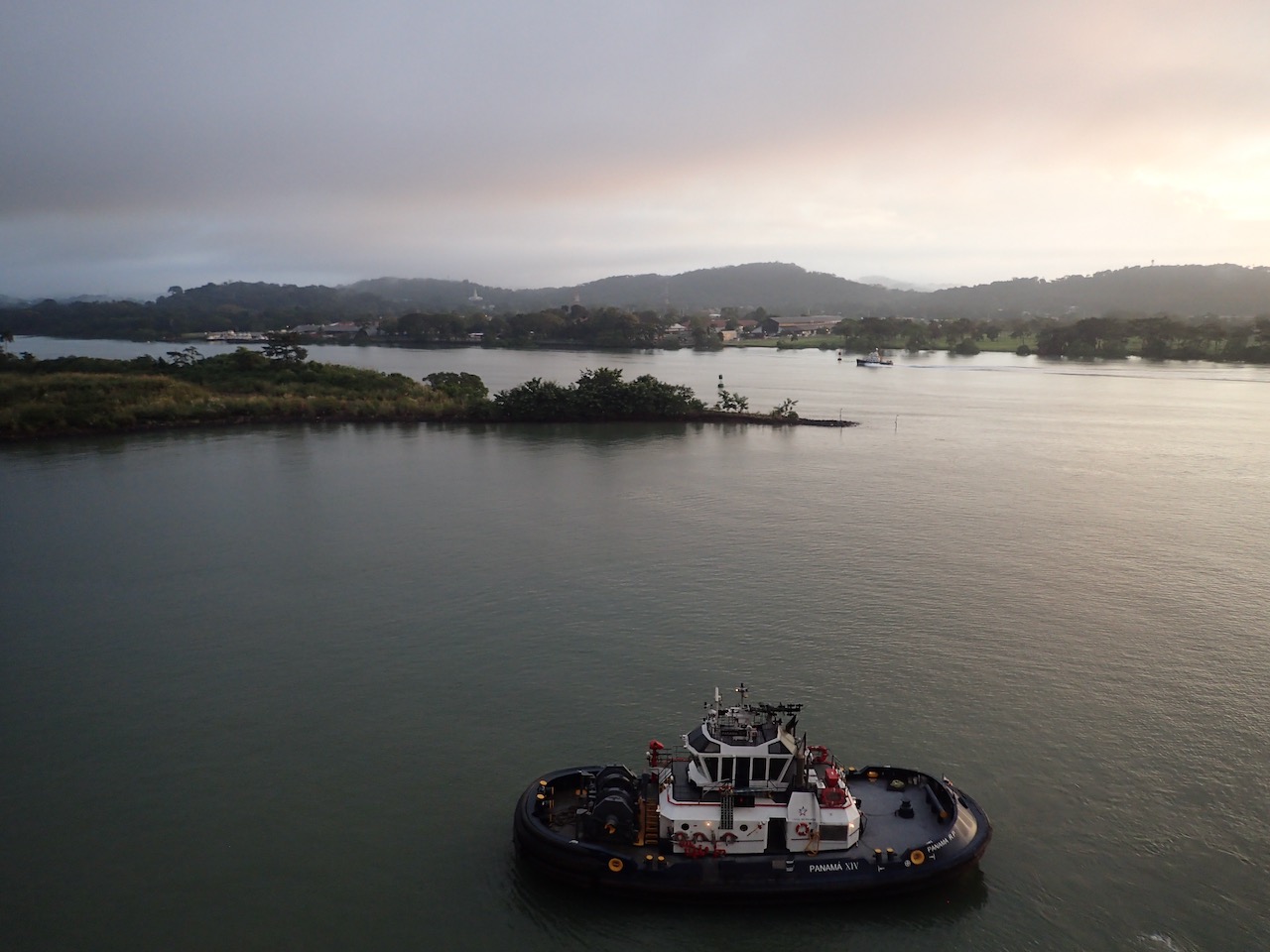 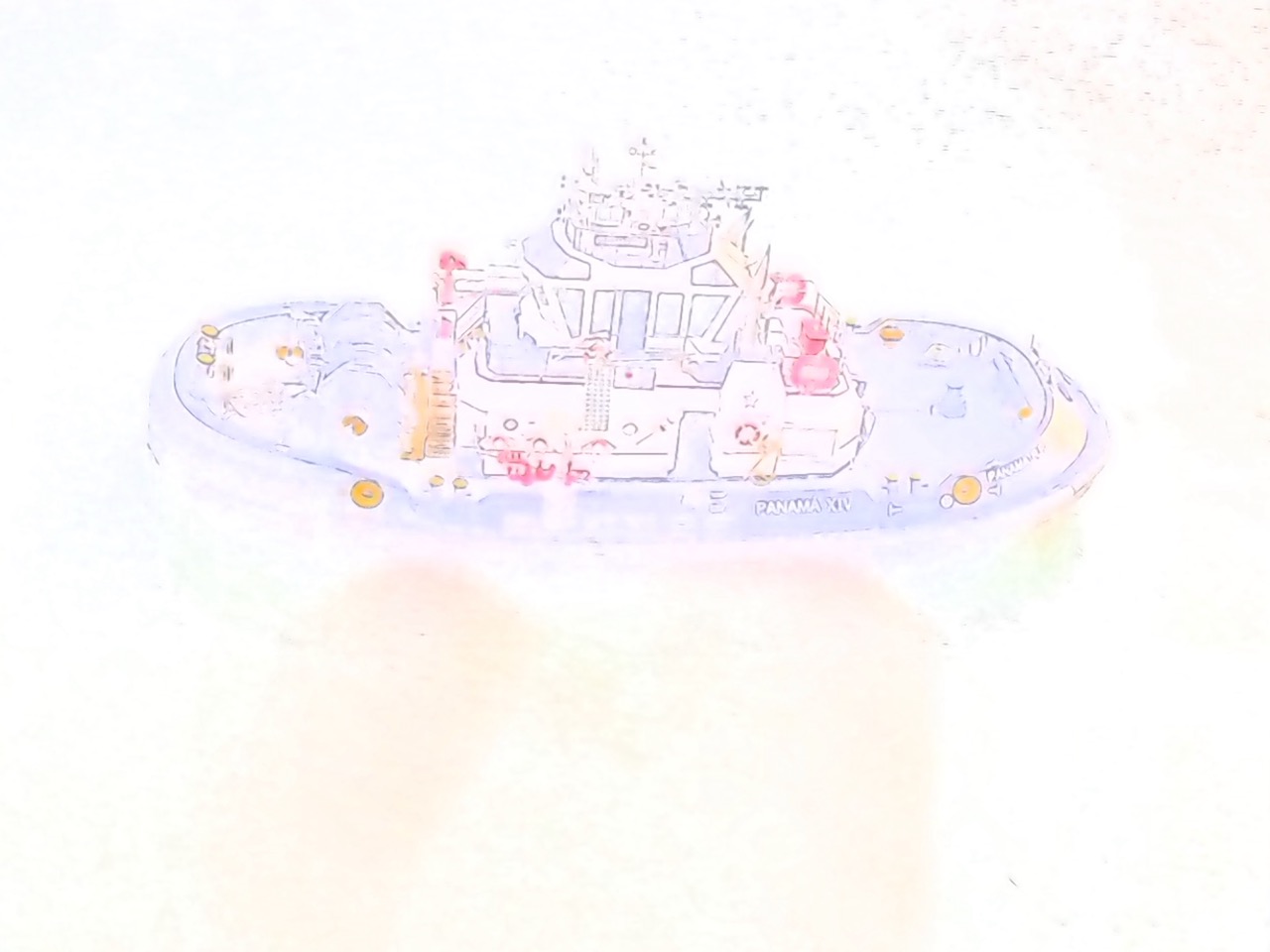 Mik particularly liked the spot we ended up with at midship because it was a good view to watch one of the tugs go along with us as we approached the locks. 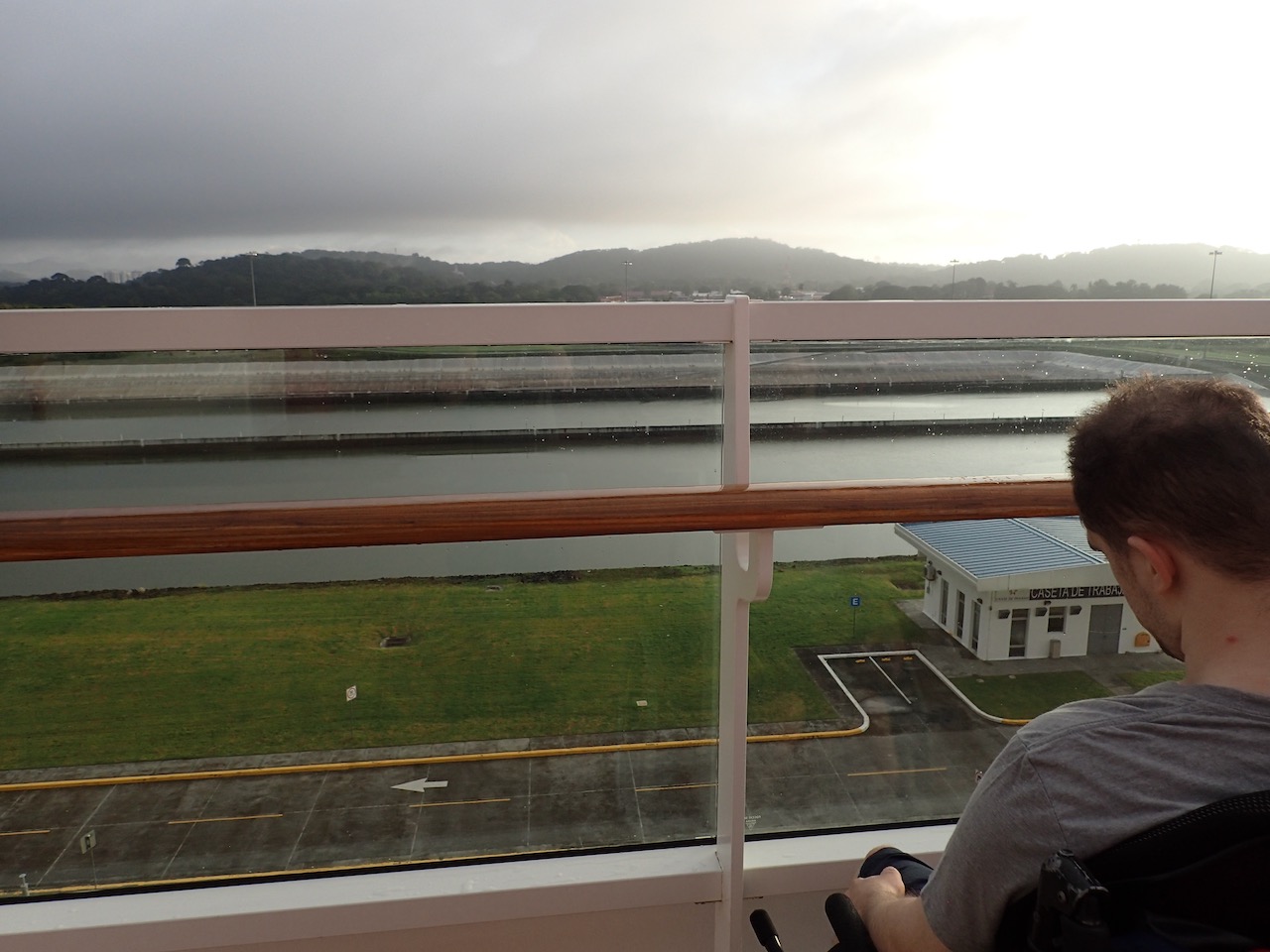 We entered the Cocoli Locks around 6:30am. From the starboard side, we were able to watch the reservoirs. 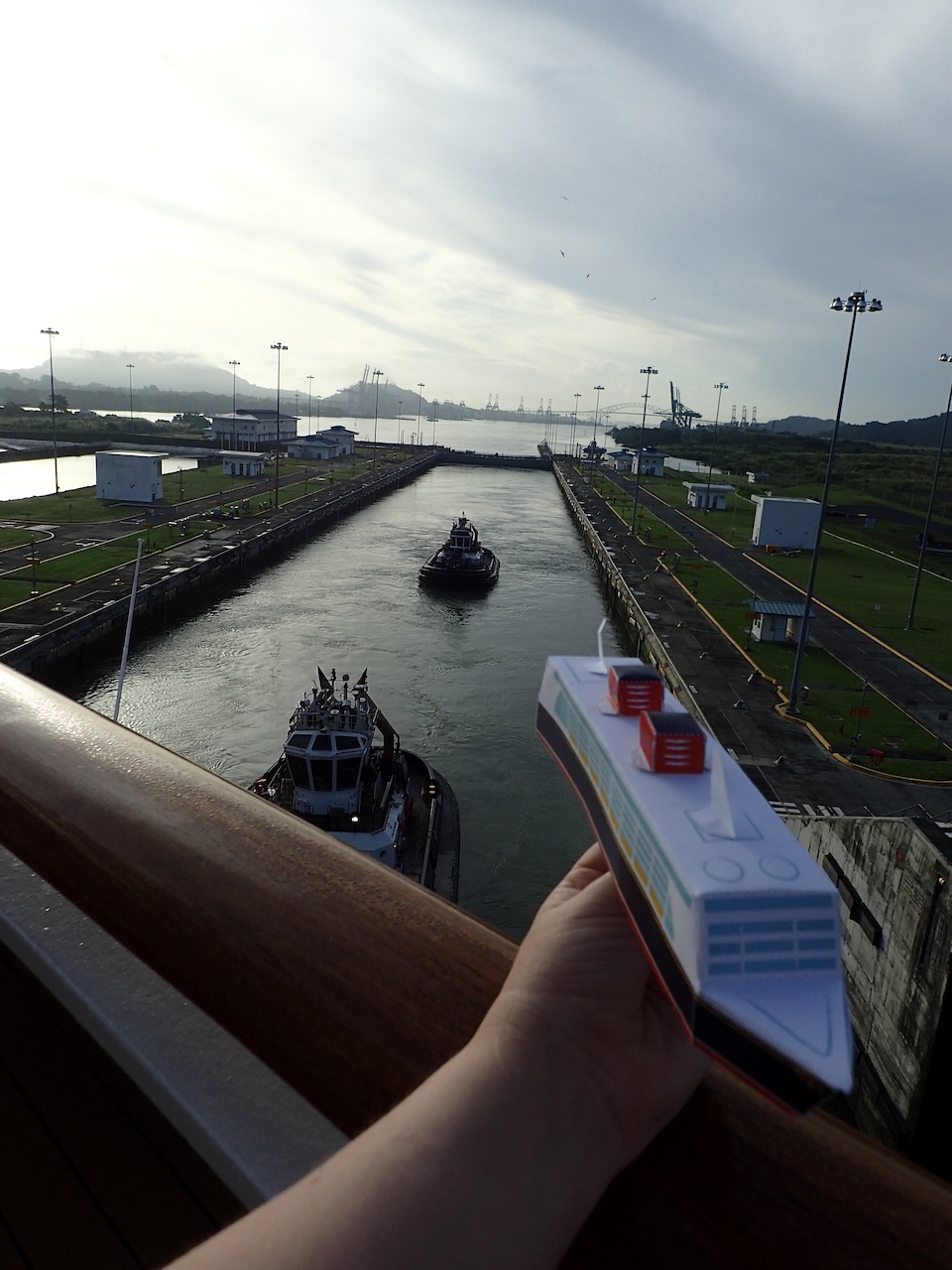 While in the first Cocoli Lock we took Mik back to the room. From our verandah we had  a great view for watching us leave locks. 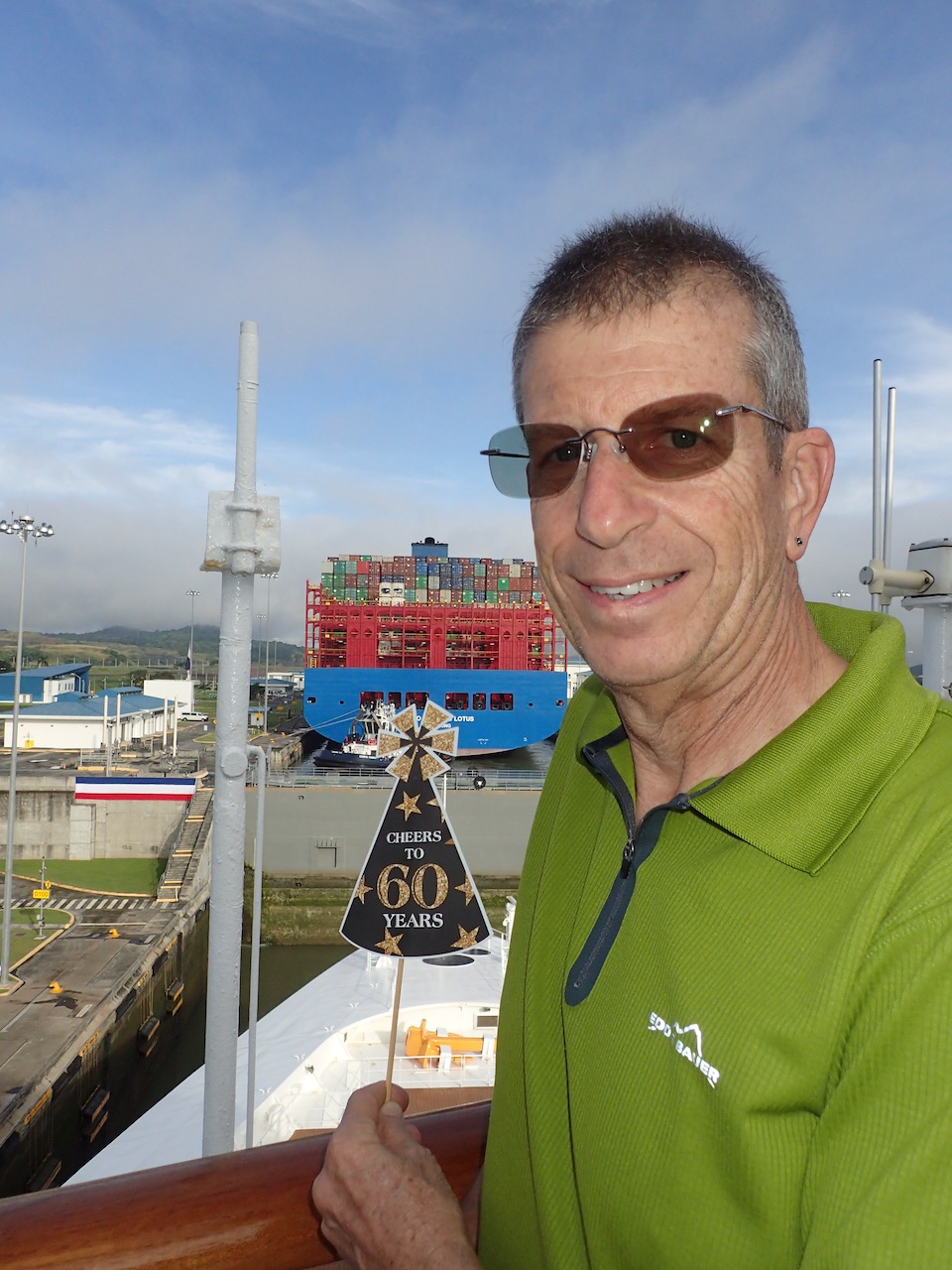 Due to fog, we ended up with an hour or so delay and sat in the second lock waiting for it to clear and the cargo ship in front of us to leave the last lock. This was the one opportunity that Dad and I took to go up front to get a photo. You could also get a somewhat forward view from the Concierge Lounge sun deck, but you could also just watch it on the Bridge View channel, which was shown in the lounge as well as the Funnel Vision. 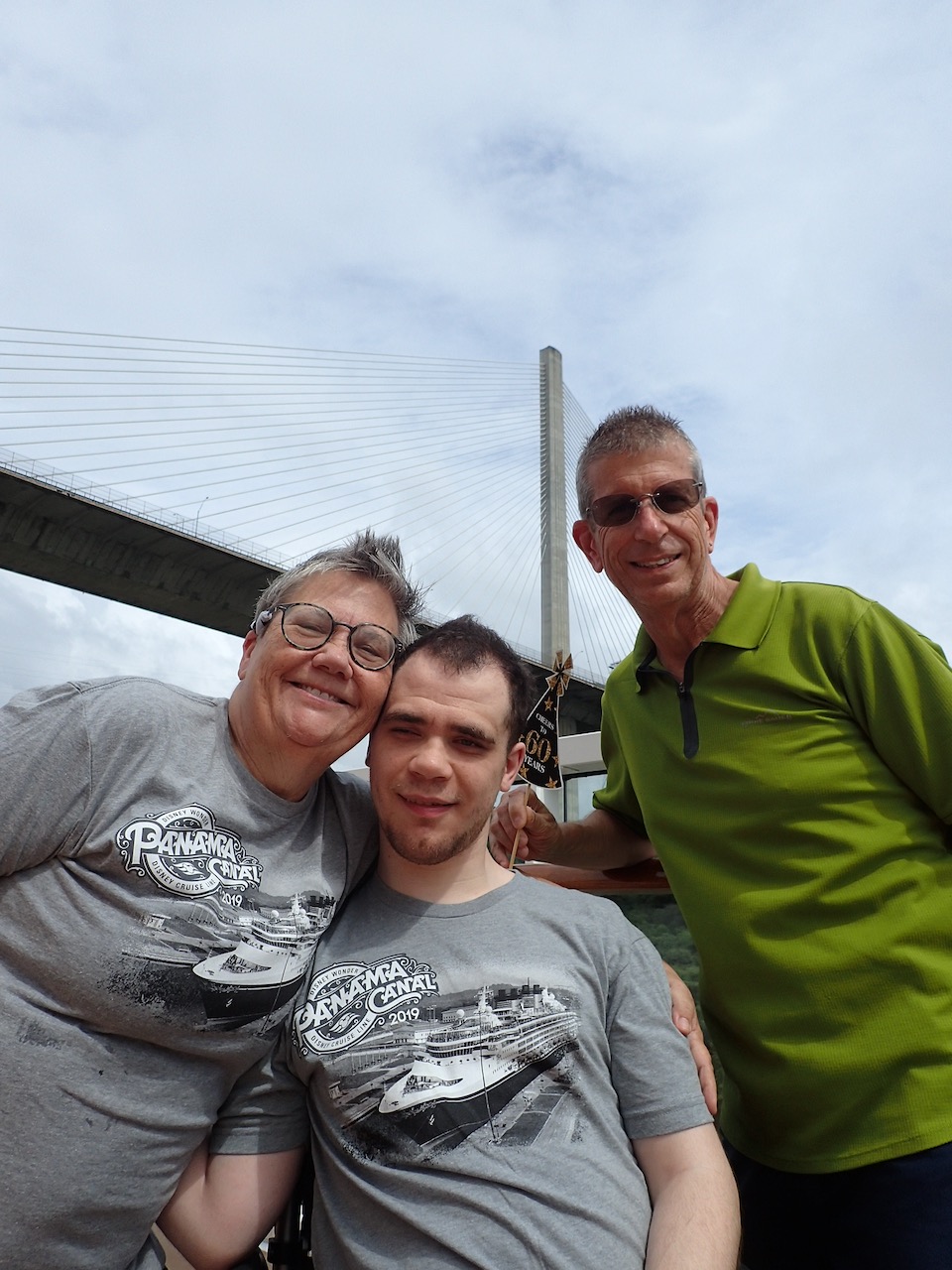 Around 9:30 when we left the locks, I got Mik from the room to watch as we went under the Centennial Bridge. By this time, less people were watching on Deck 10 and we had plenty of room to pick a spot around midship Deck 10. 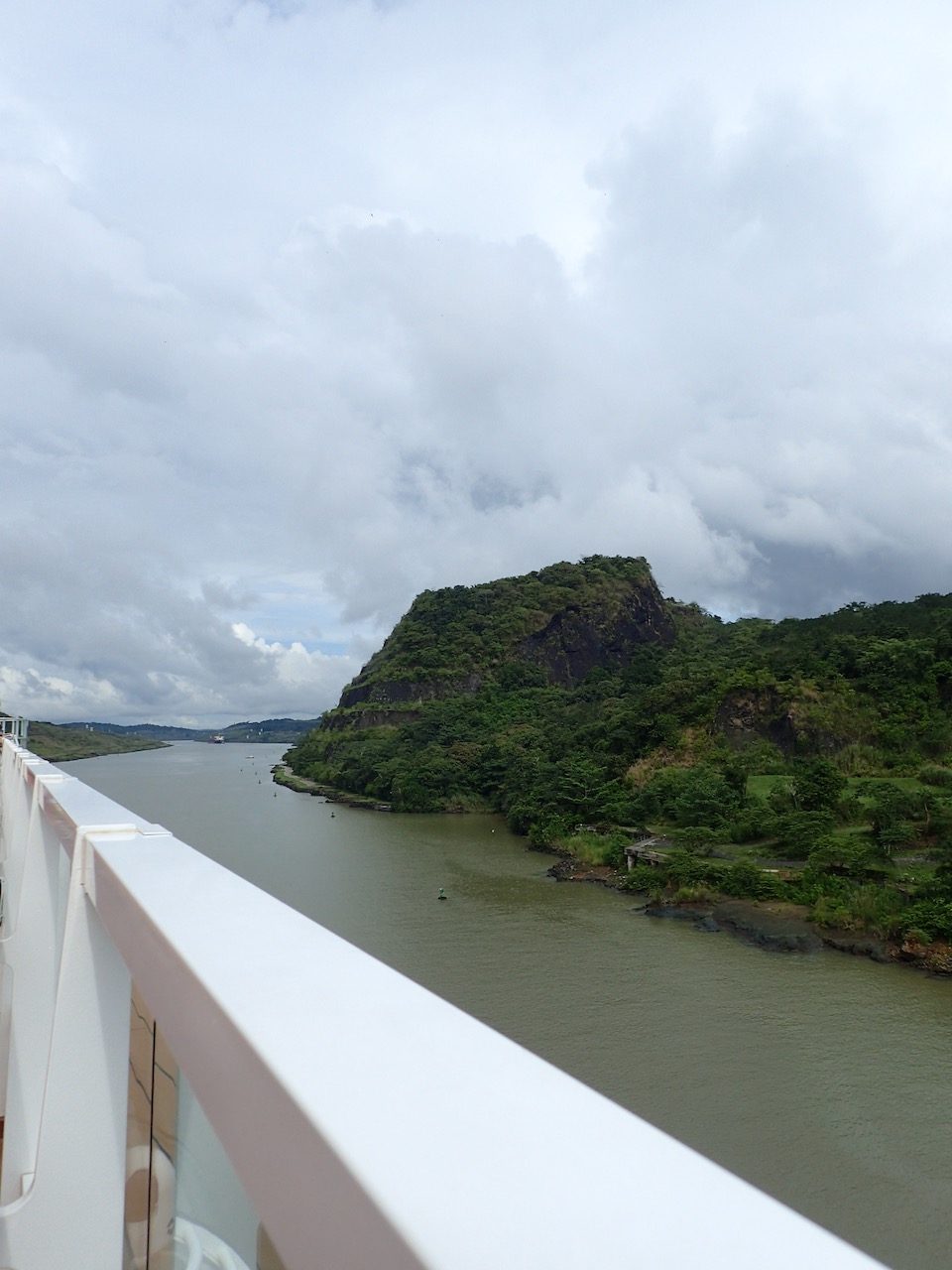 After the Centennial Bridge, we enjoyed the scenery as we went through the Culebra Cut. 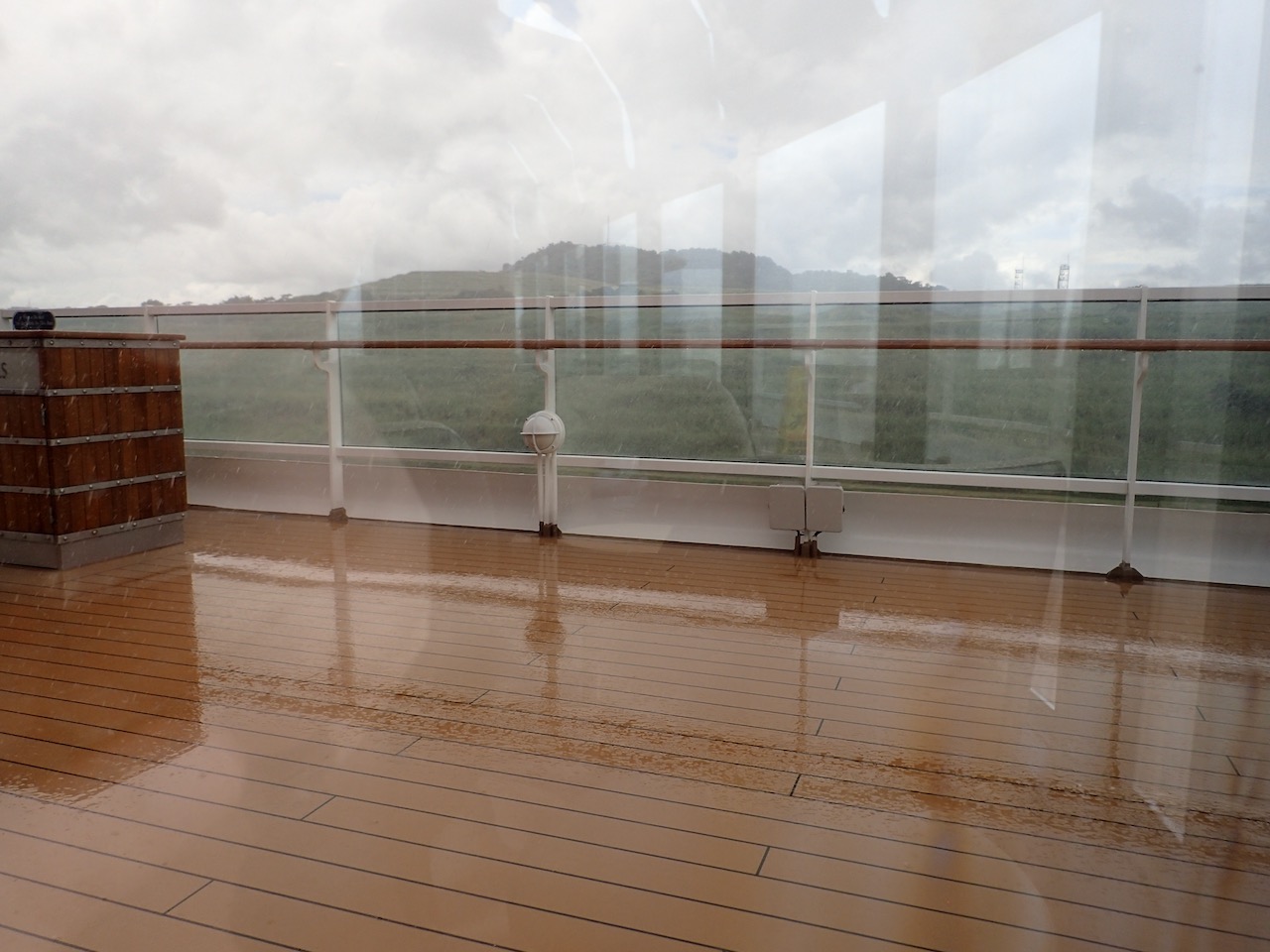 Around 10:45am it rained and we appreciated being able to go into the Concierge Lounge and continue to enjoy the view and stay dry. 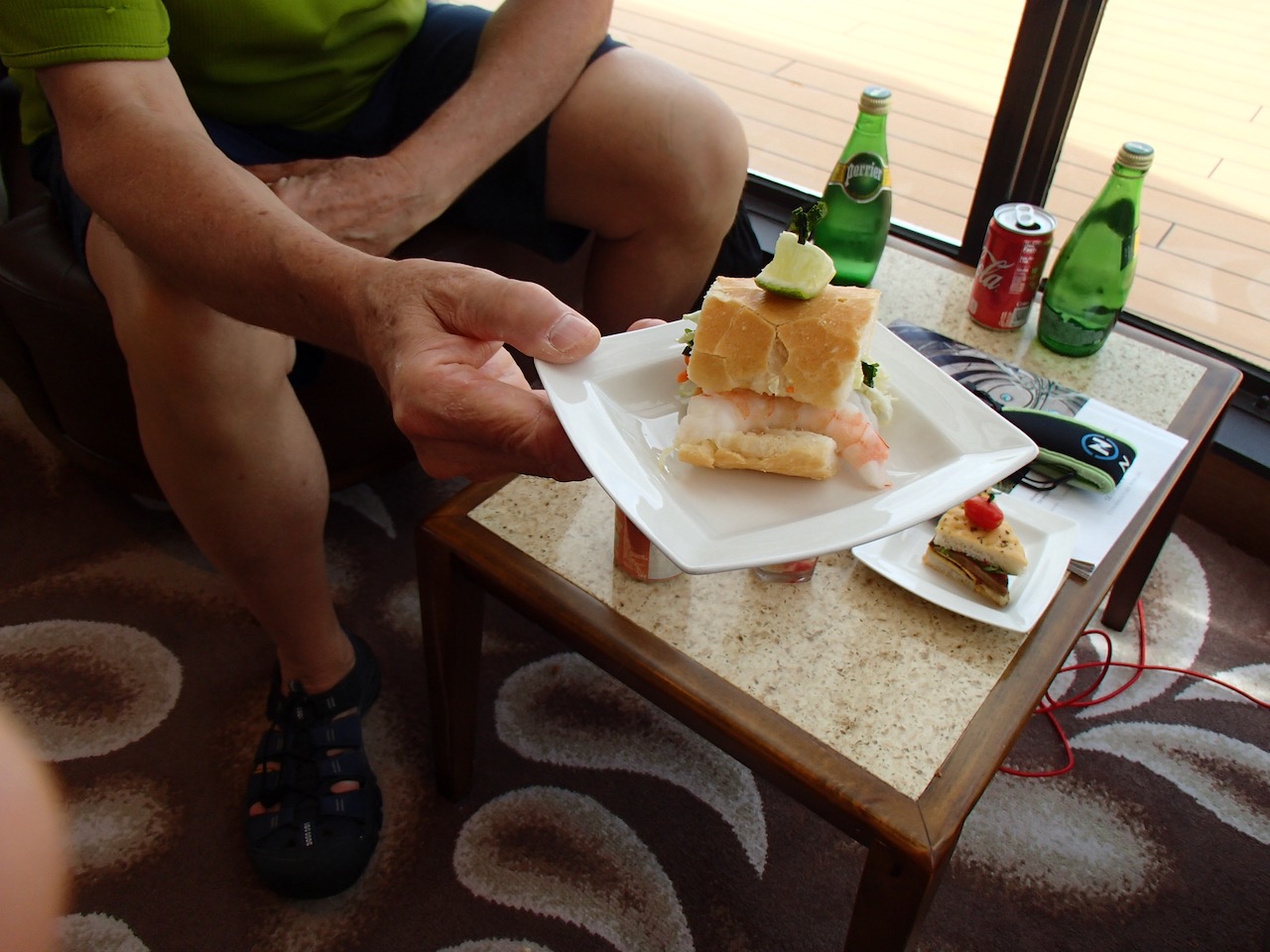 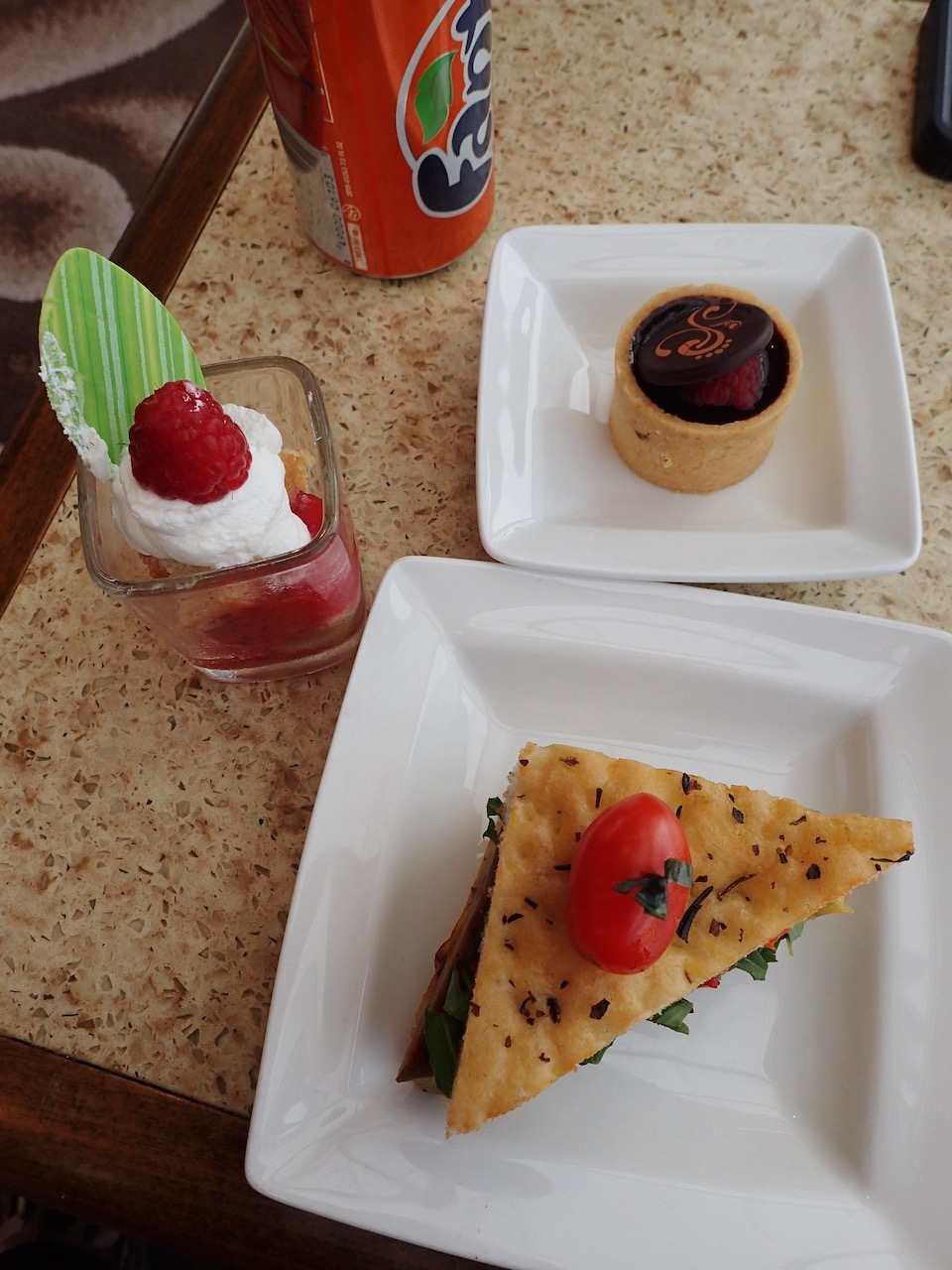 The Concierge Lounge was also a good place to have lunch and stay cool as we exited the Culebra Cut and entered Lake Gatun. 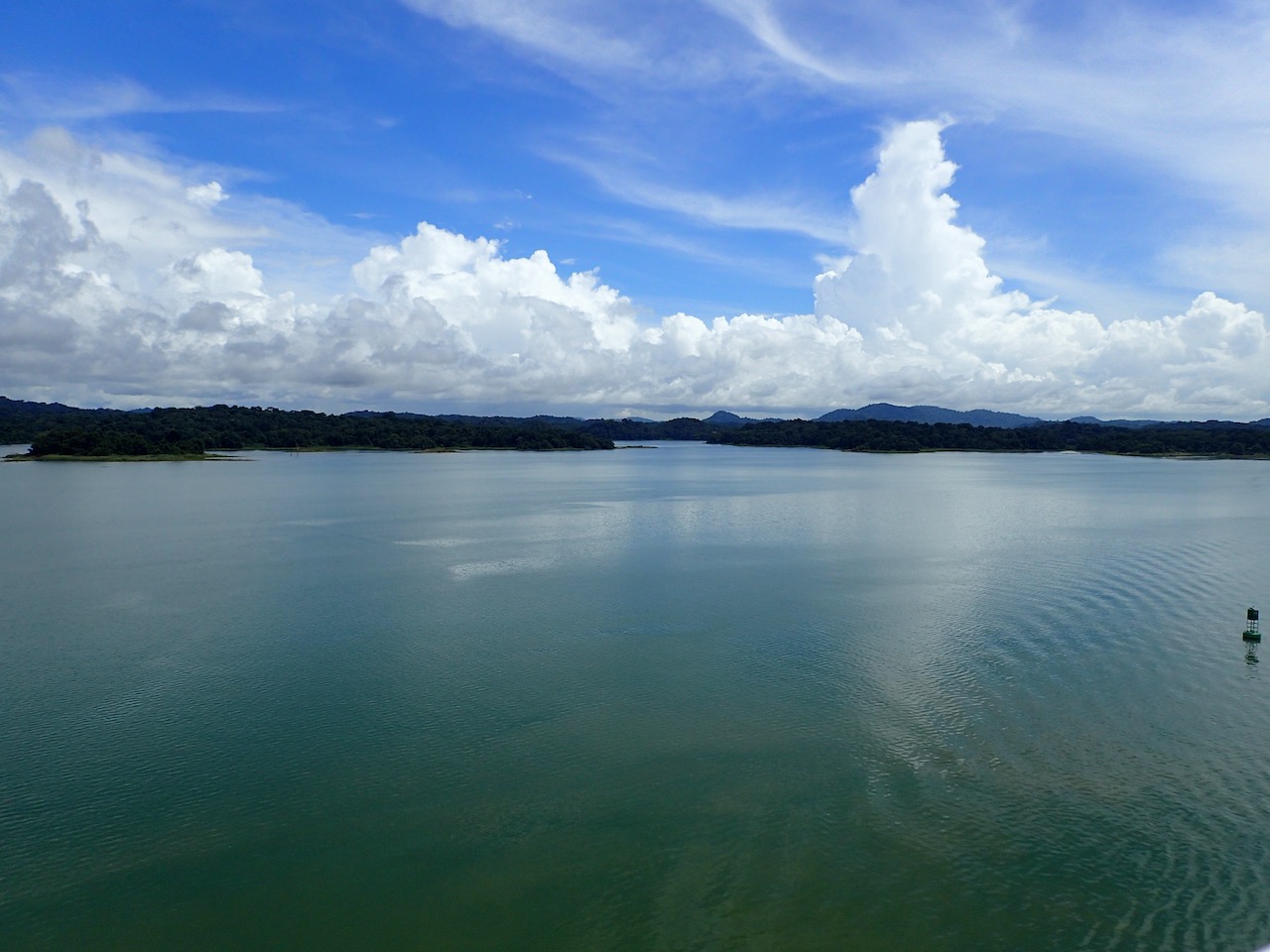 After lunch, Mik went back to the stateroom. Dad and I enjoyed the view from the Concierge Lounge sun deck most of the way through the lake. 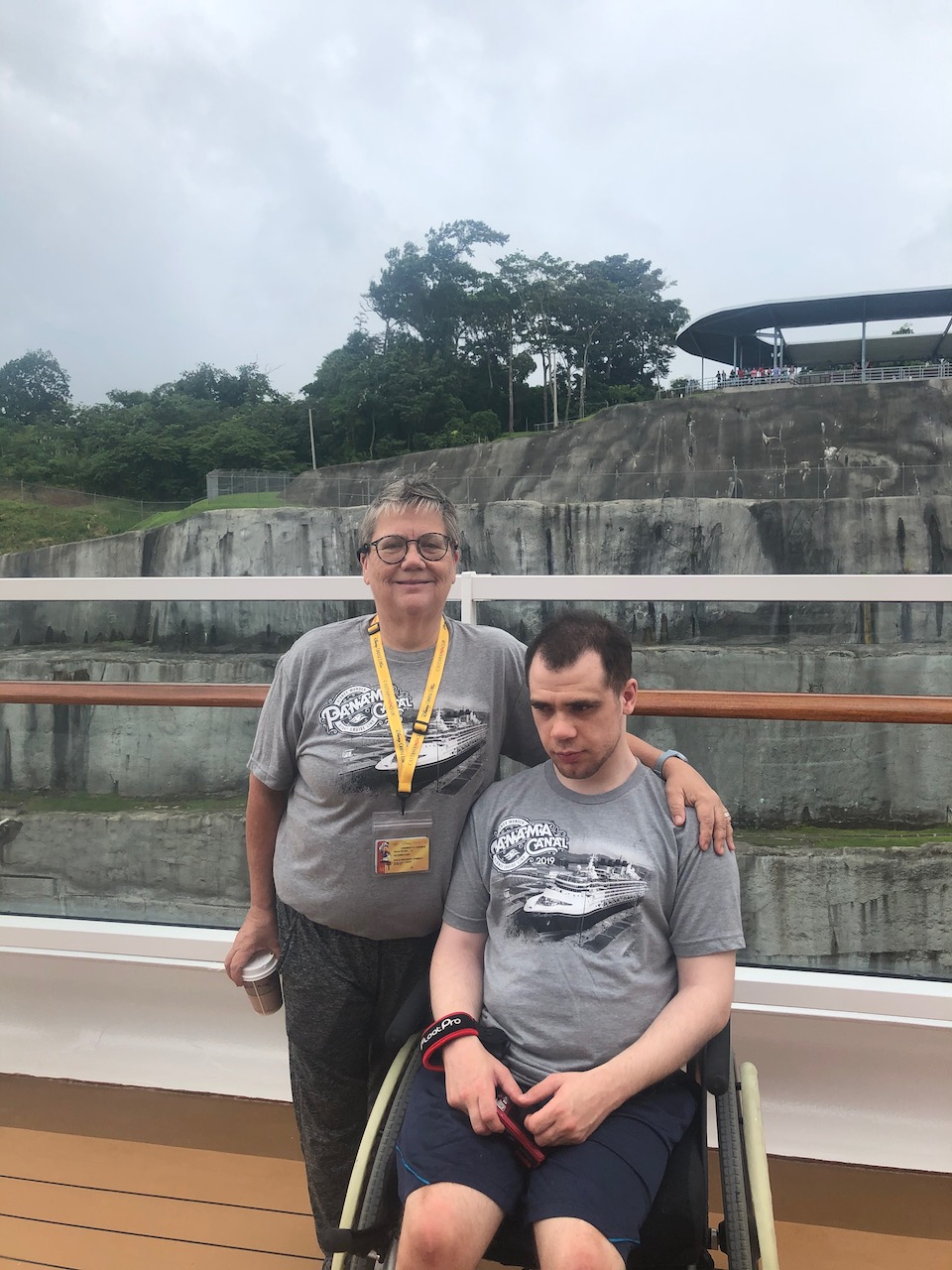 As we approached the Agua Clara locks around 2pm, we got Mom and Mik and we watched from Deck 10 as we went through the first lock. 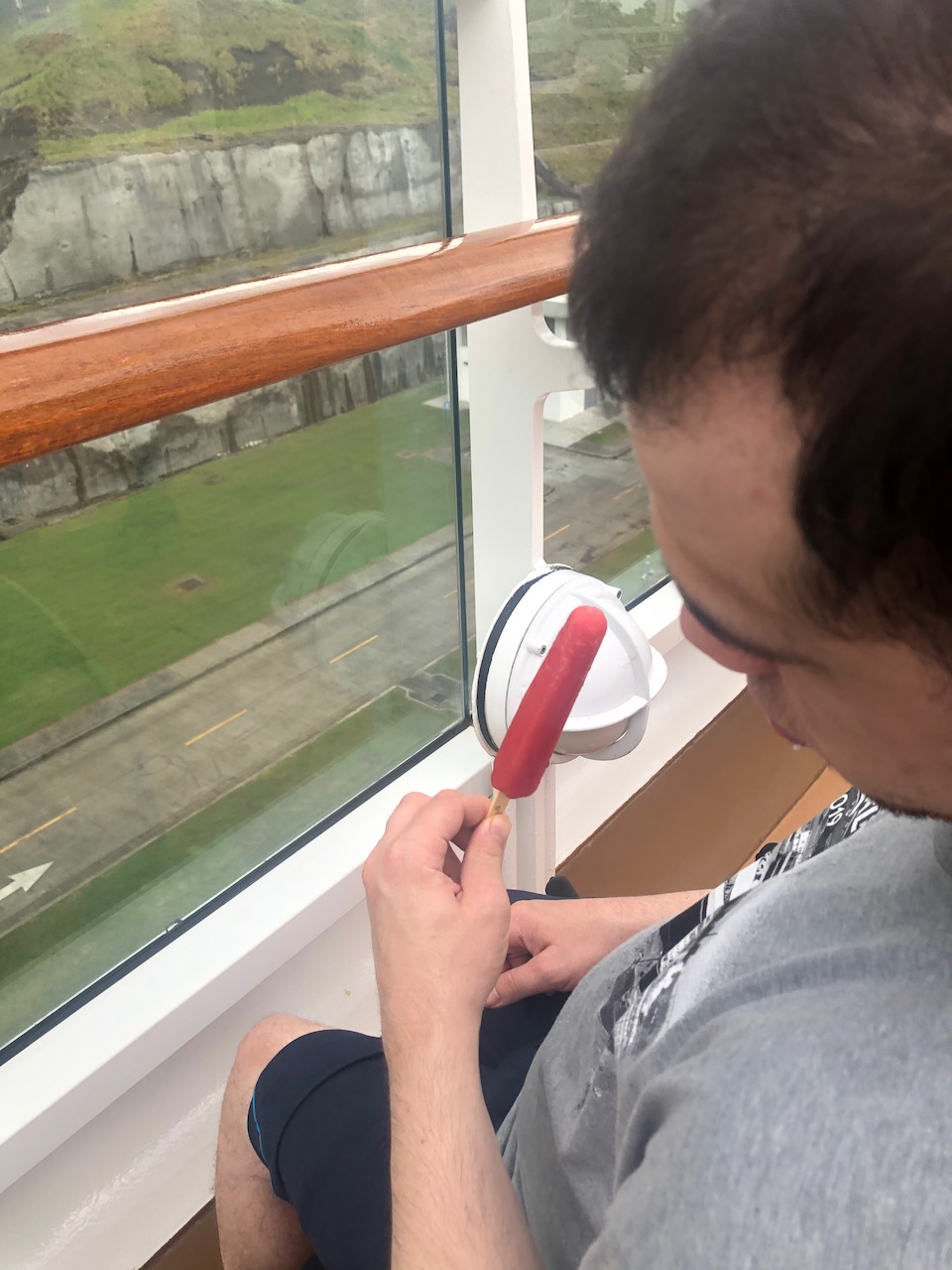 After enjoying a popsicle that they came around handing out as we were going through the locks, I took Mik inside to sit in the lounge with Mom. 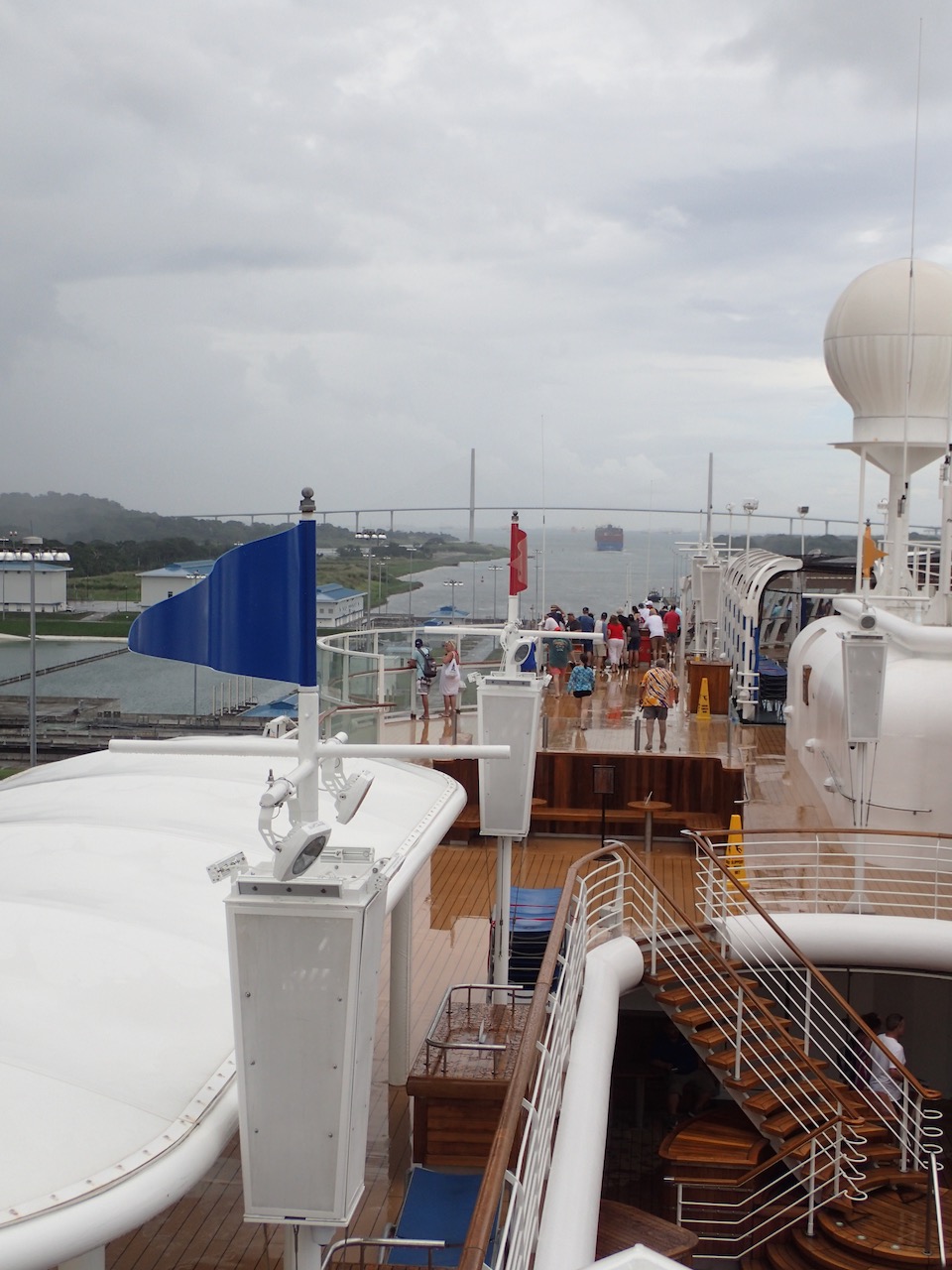 Dad and I then soon joined them as it poured rain again around 3pm. 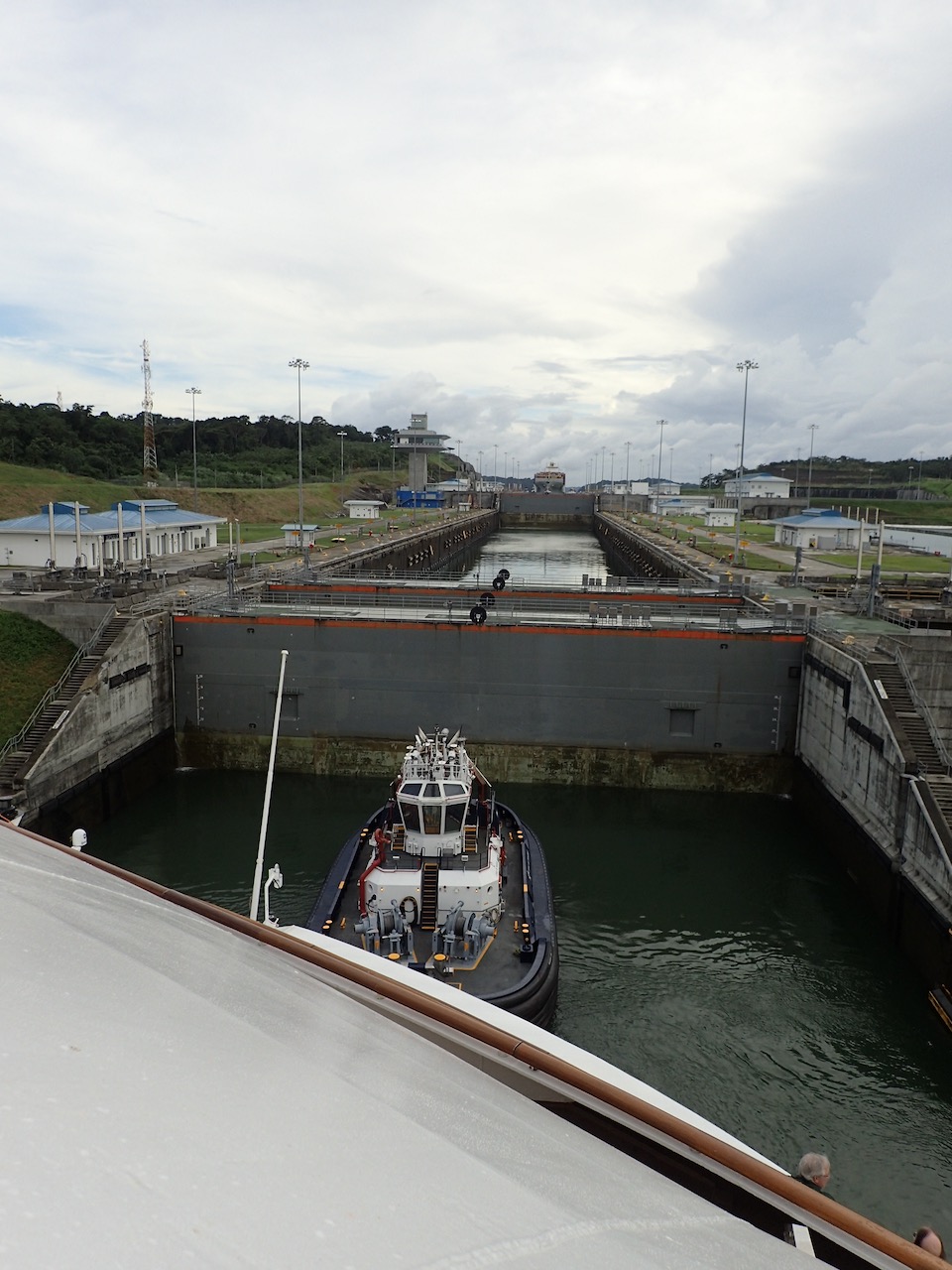 After the rain, we all went back to the stateroom and enjoyed the view from our verandah as we were in the last lock. 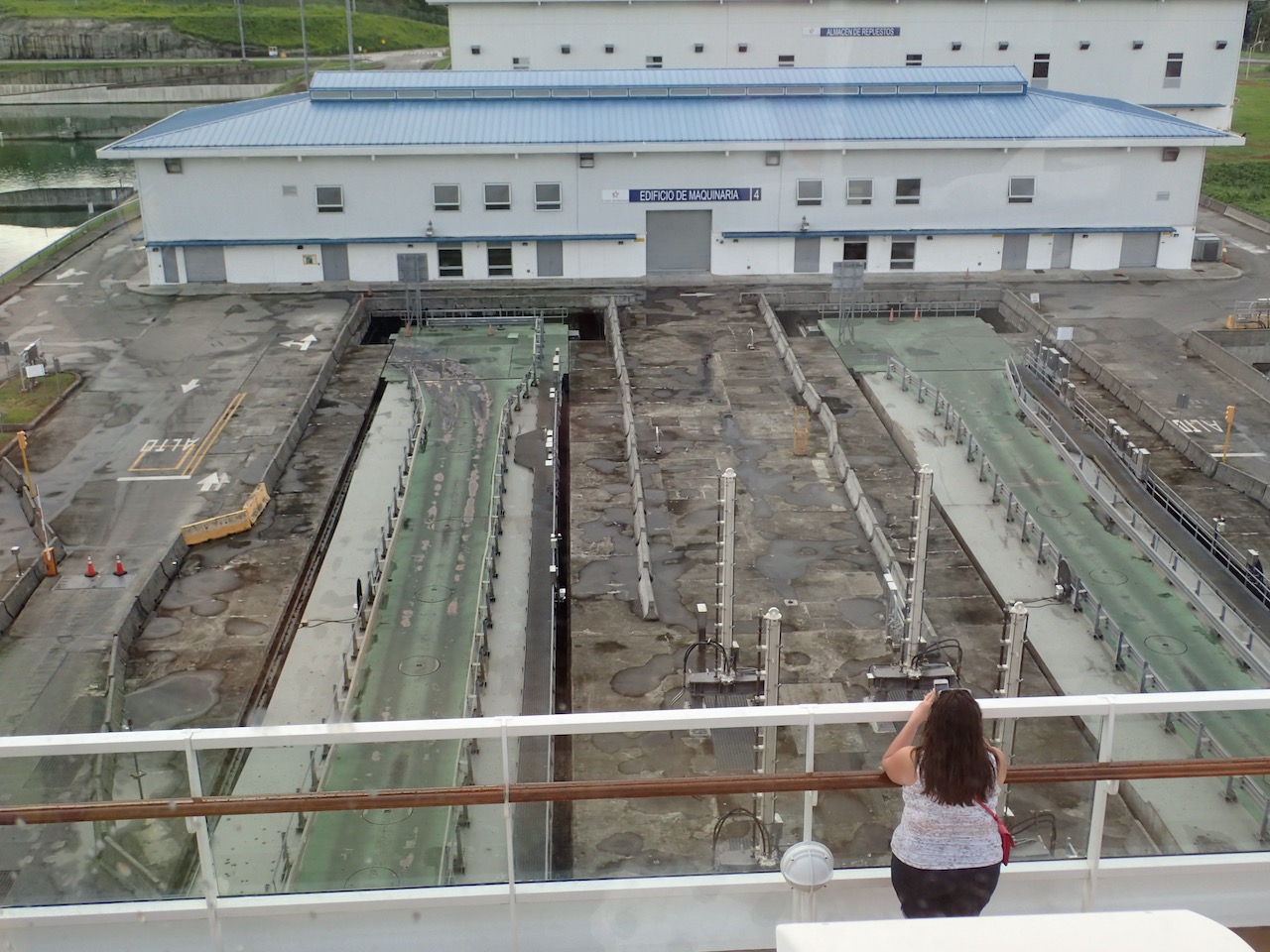 Dad and I then watched exiting the locks and going under the bridge from the sun deck. 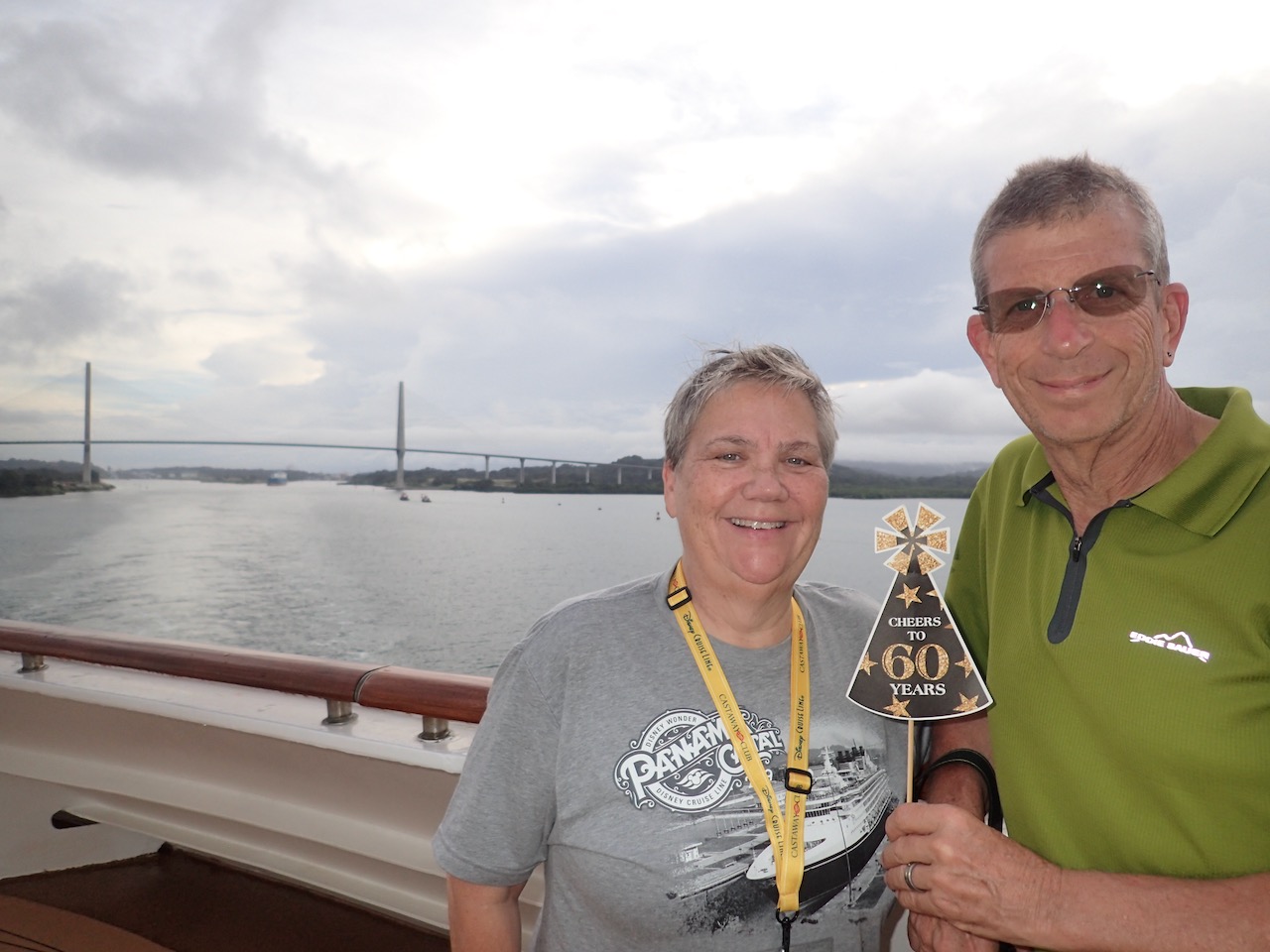 The Panama Canal day was long, but definitely a great experience, especially since we ended up with great weather as there was minimal rain while remaining mostly cloudy so we also didn’t have too much sun. We knew Dad and I would experience the Panama Canal crossing view a lot, but surprisingly Mik also really experienced all parts of it even more so than Mom (she saw most if not all parts, but spent more time in the room than Mik).
Posted by wildcat1001 at 1:42 PM