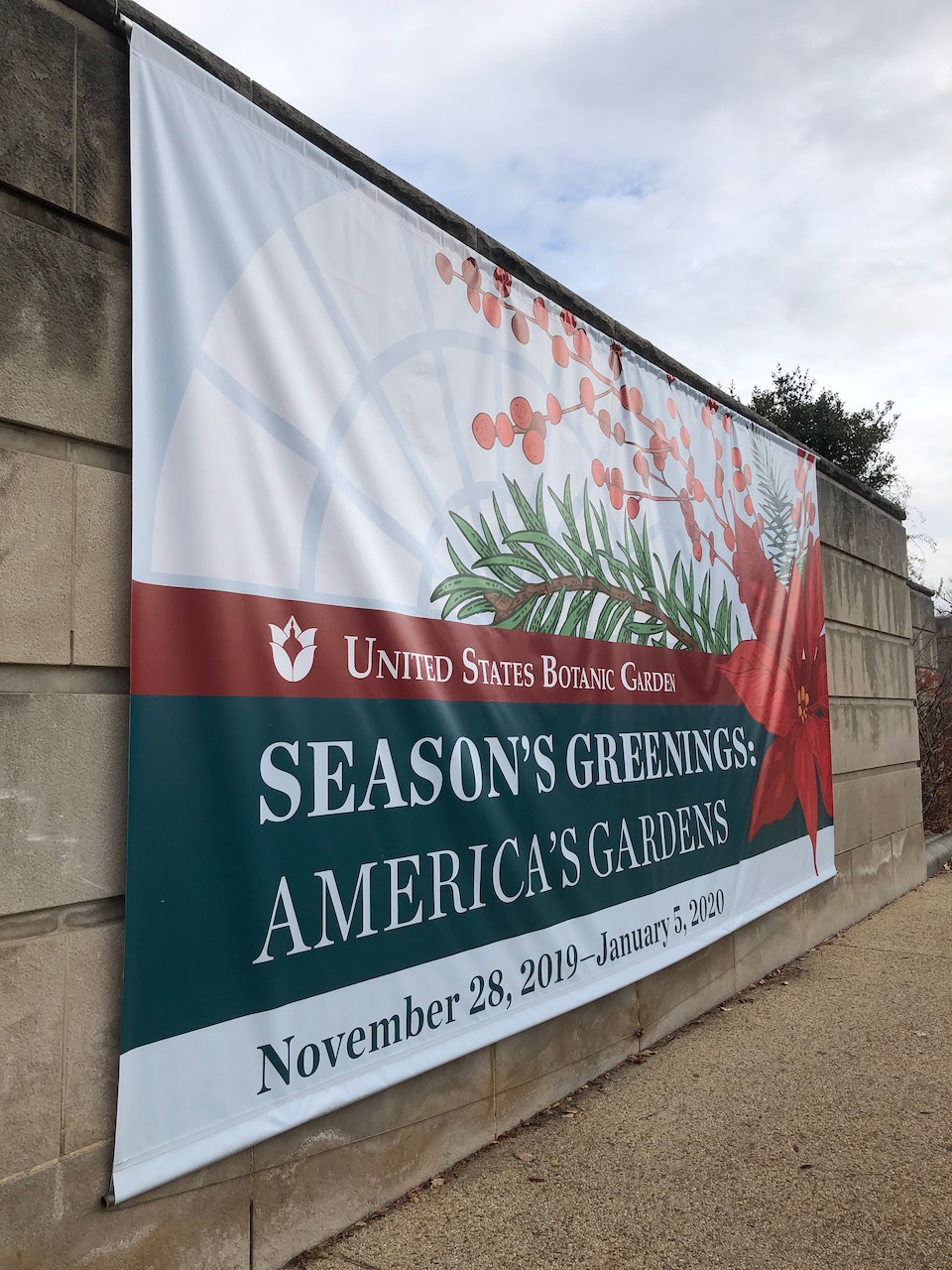 In honor of the US Botanic Garden's upcoming 200th anniversary, this year's Season's Greenings theme is America's Gardens. This year turned out to be probably our least favorite we've seen, but we were happy the Christmas tree is back in the West Gallery and impressed with the Biltmore Estate display there. 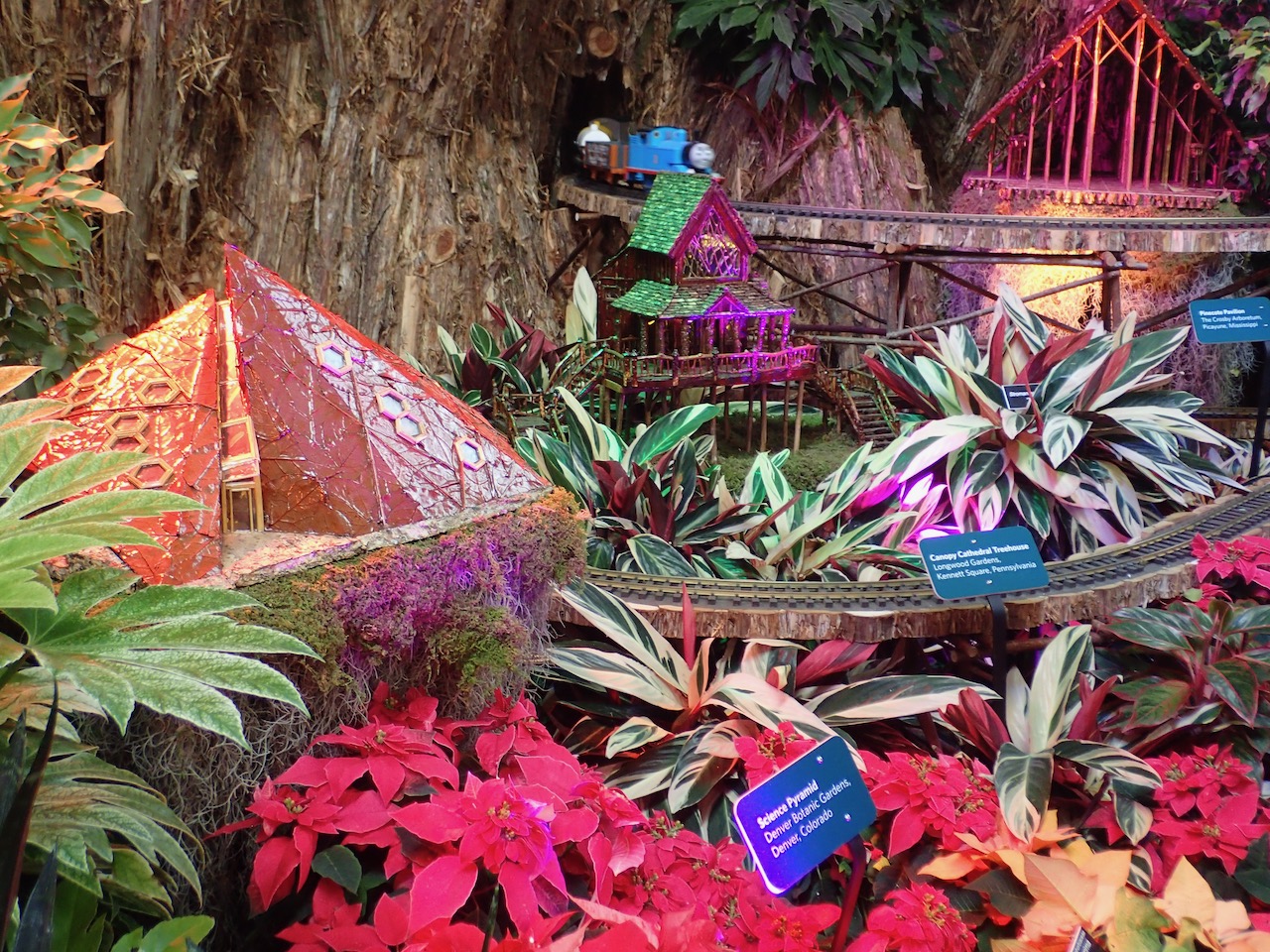 We found the different buildings representing gardens and conservatories around the country interesting, but for some reason it didn't seem as if there was as much to look at as usual. 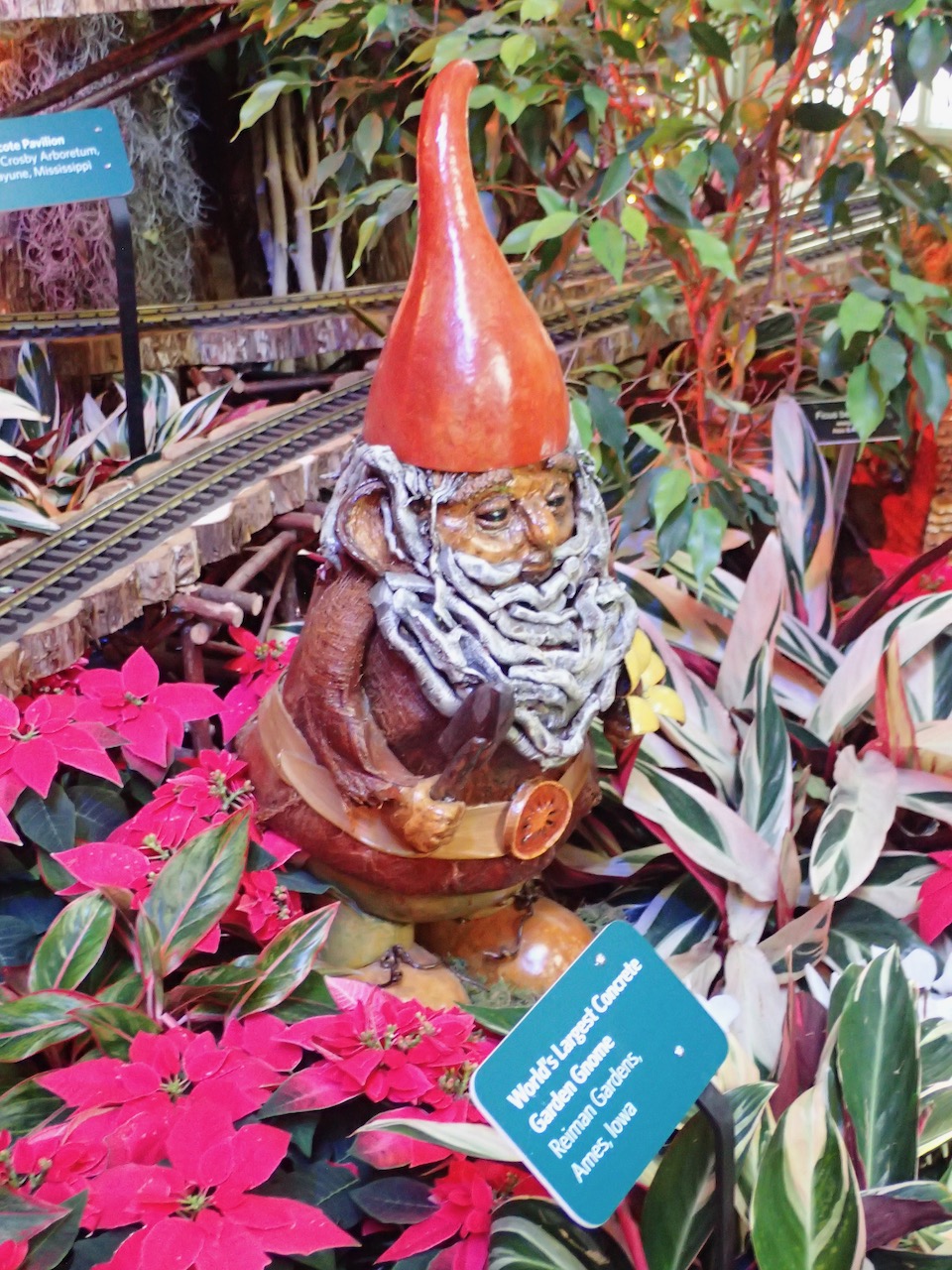 The miniature representing the World's Largest Concrete Gnome in the Reime Gardens in Ames, Iowa was one of the more interesting models. 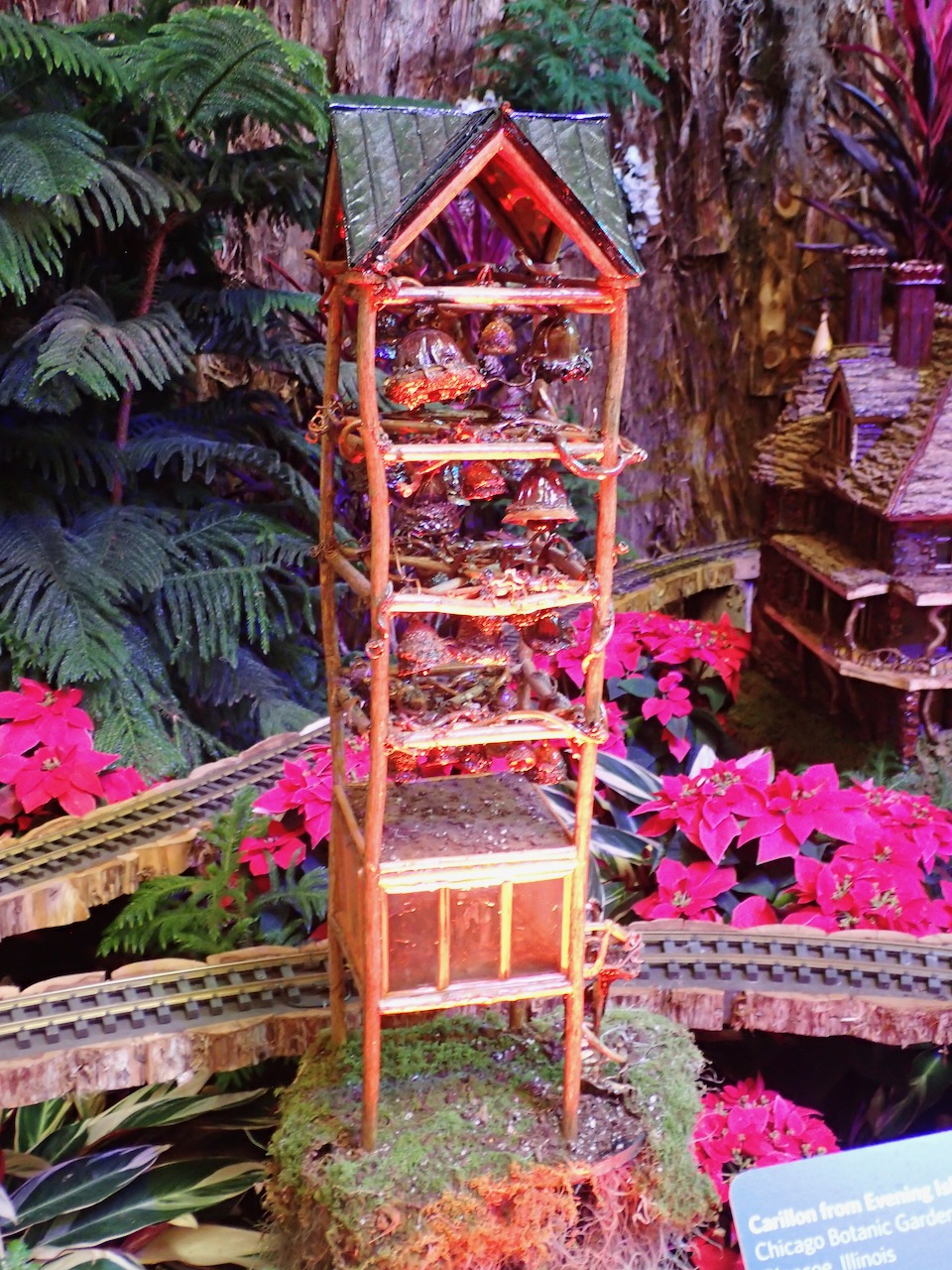 My favorite was the Carillon from Evening Island, Chicago Botanic Garden, Glencoe, Illinois. We also liked the Bartholdi Fountain (US Botanic Garden) model. 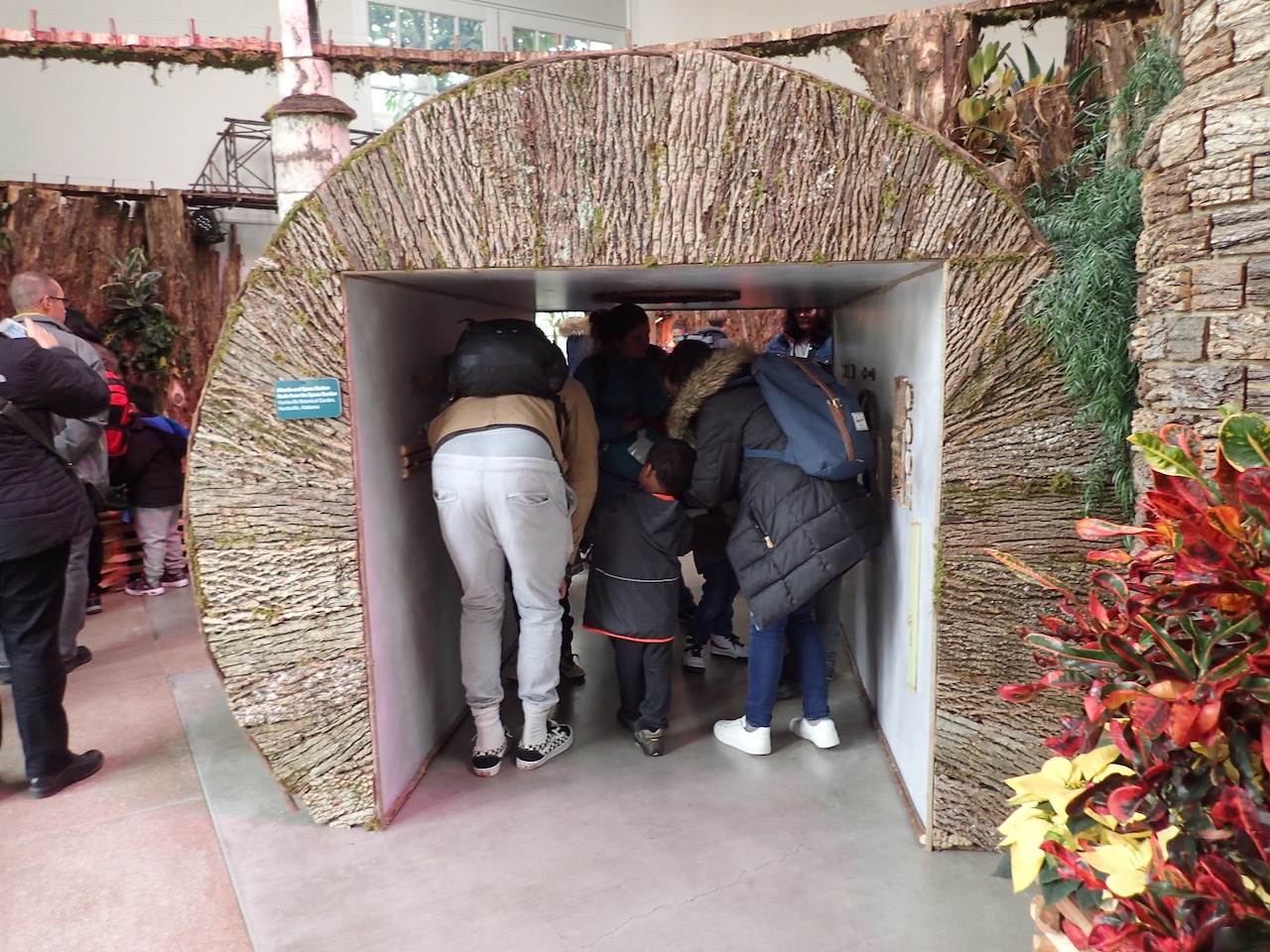 Mik could go in this year's tunnel. He didn't want to, but I made him and it was one of the coolest displays with a moon landing model. 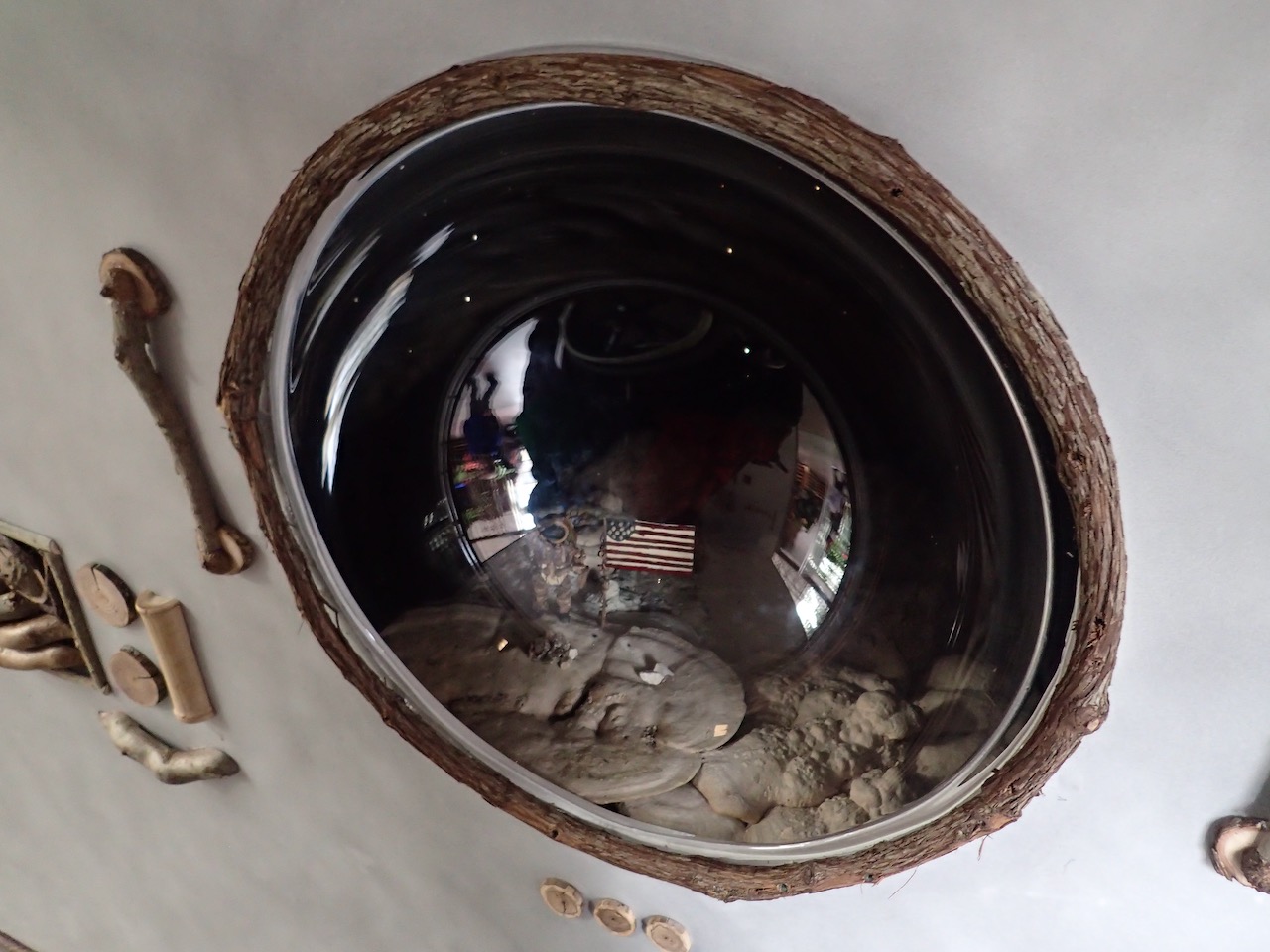 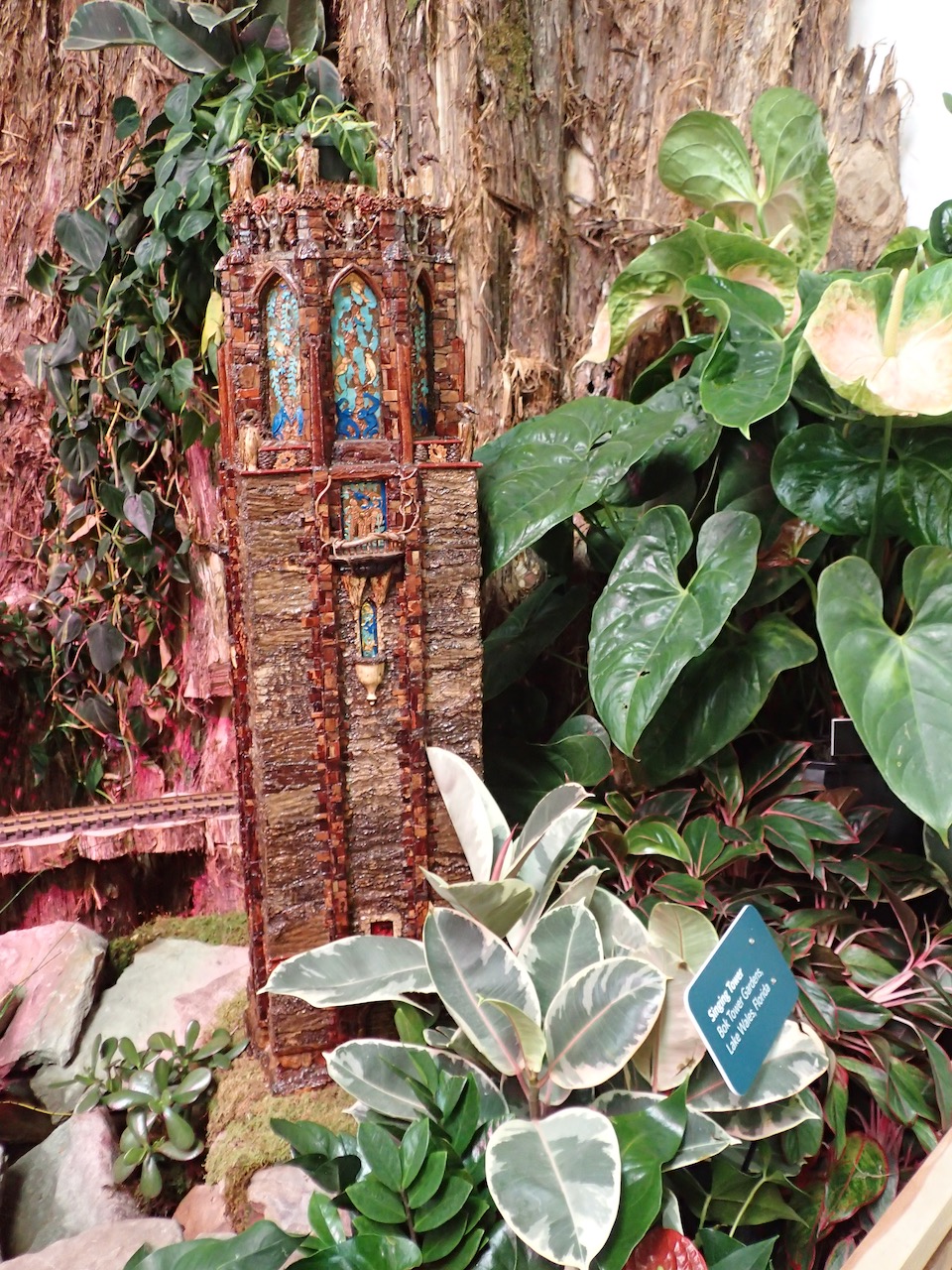 Another of our favorites was the Singing Tower (Bok Tower Gardens, Lake Wales, Florida). 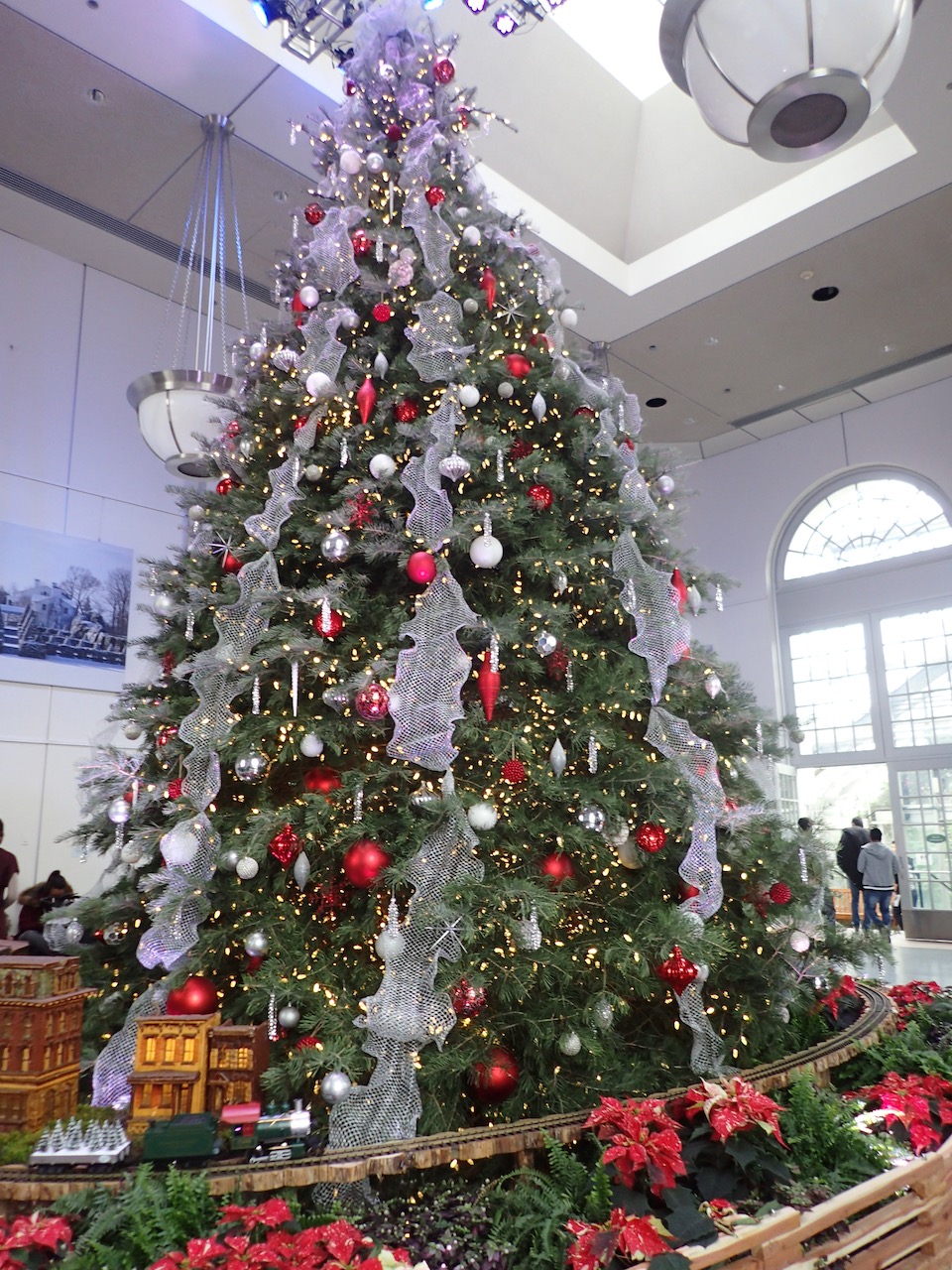 After two years of there being no tree, it was nice to see the tree in the West Gallery back. 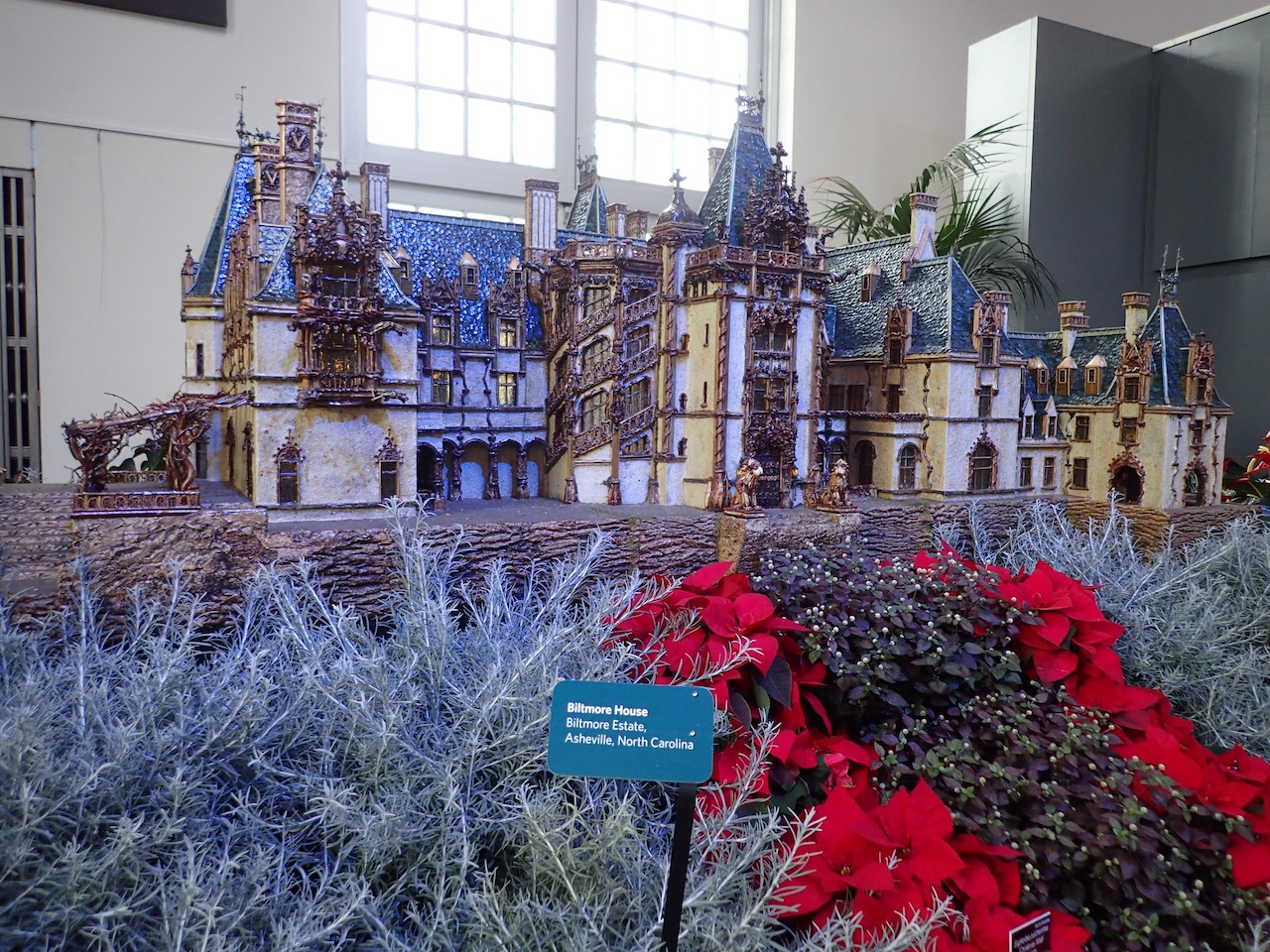 The Biltmore Estate model in the West Gallery was the highlight this year. 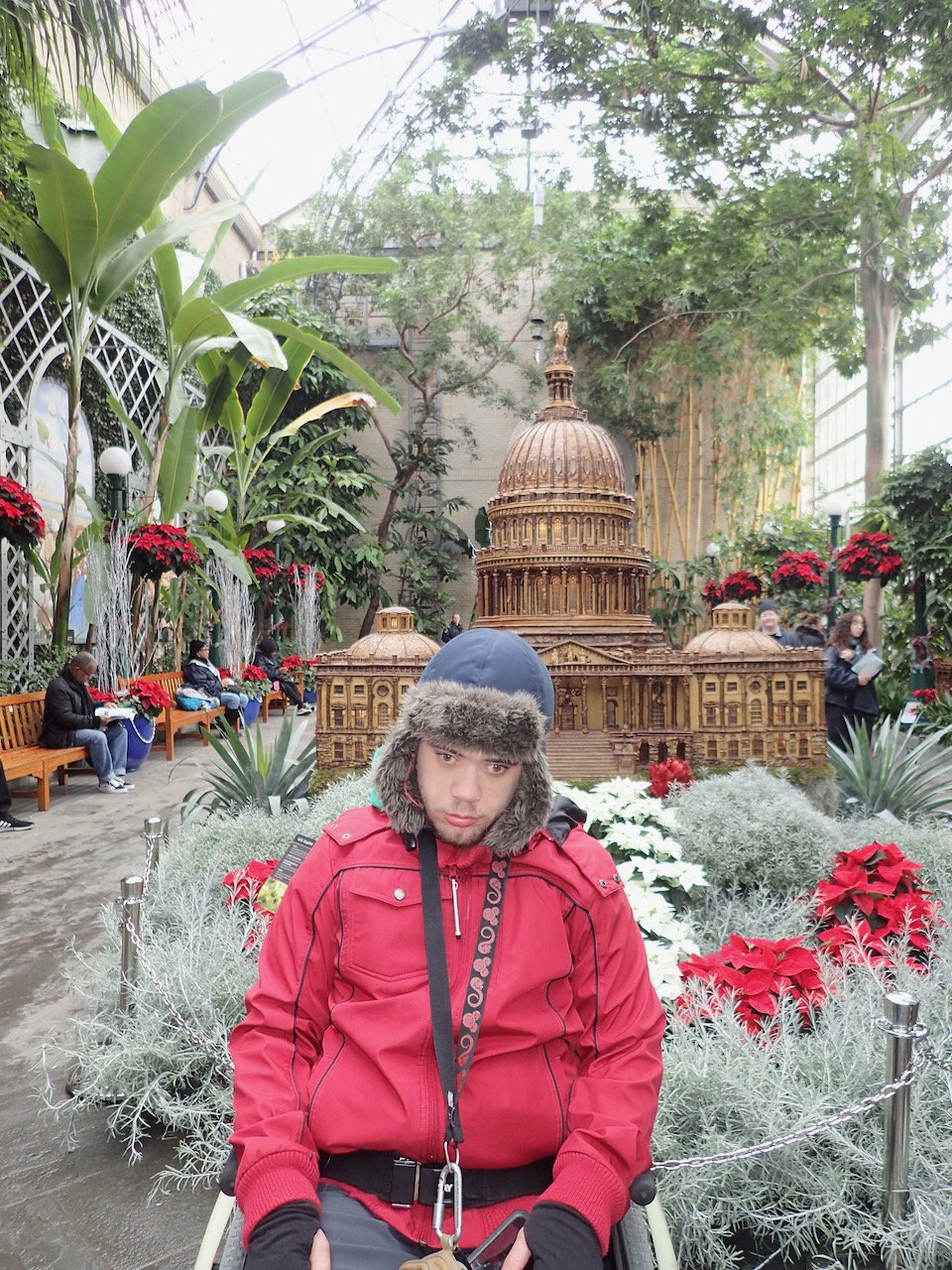 Of course, we had to get the traditional photo of Mik in front of the Capitol in the Conservatory. 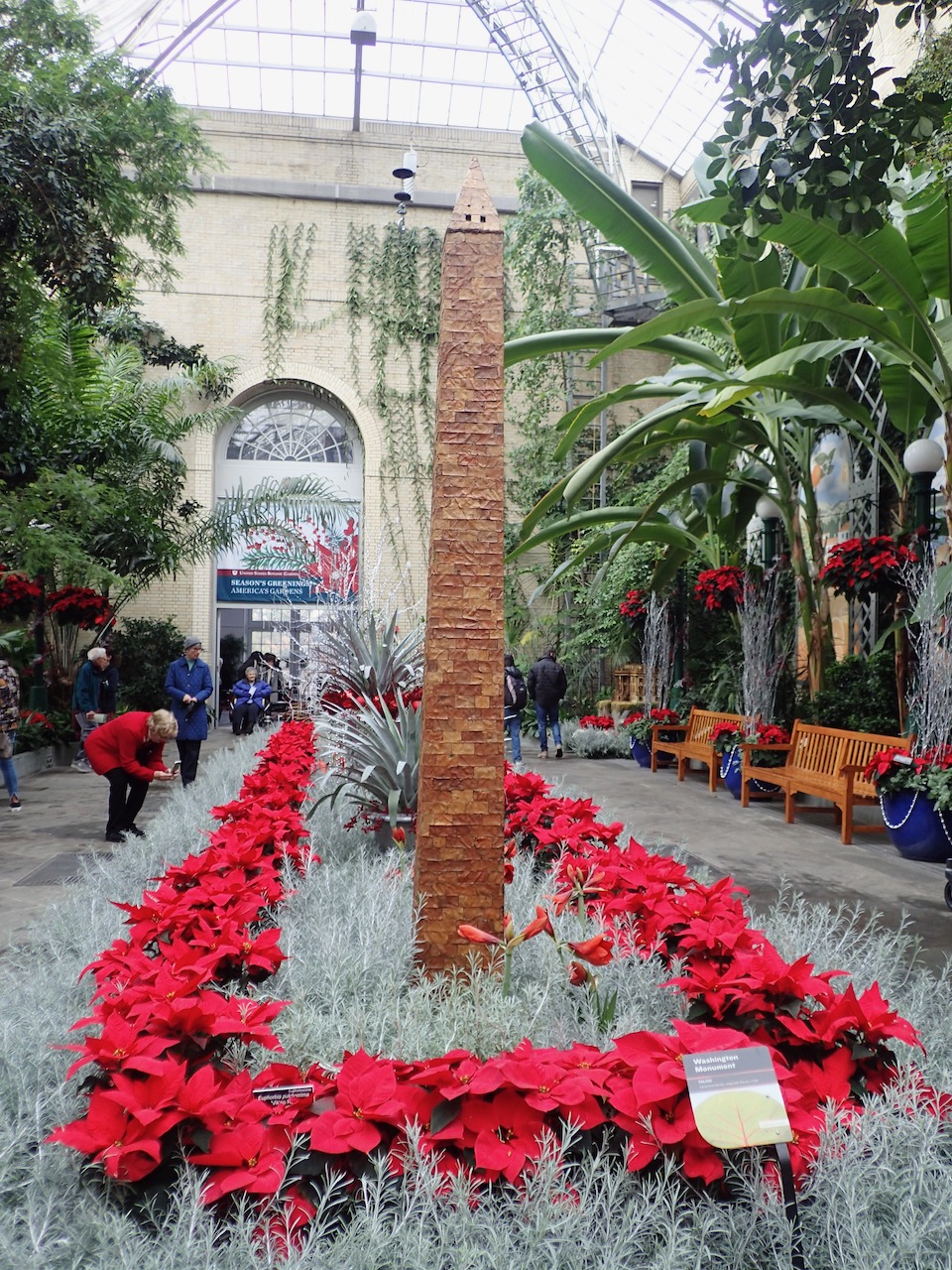 While the theme was our least favorite of the six we've seen, we still enjoyed our annual tradition visiting the Season's Greening exhibit. In particular, we found the Conservatory to feel more festive and brighter this year with the way poinsettias and white light trees were used. 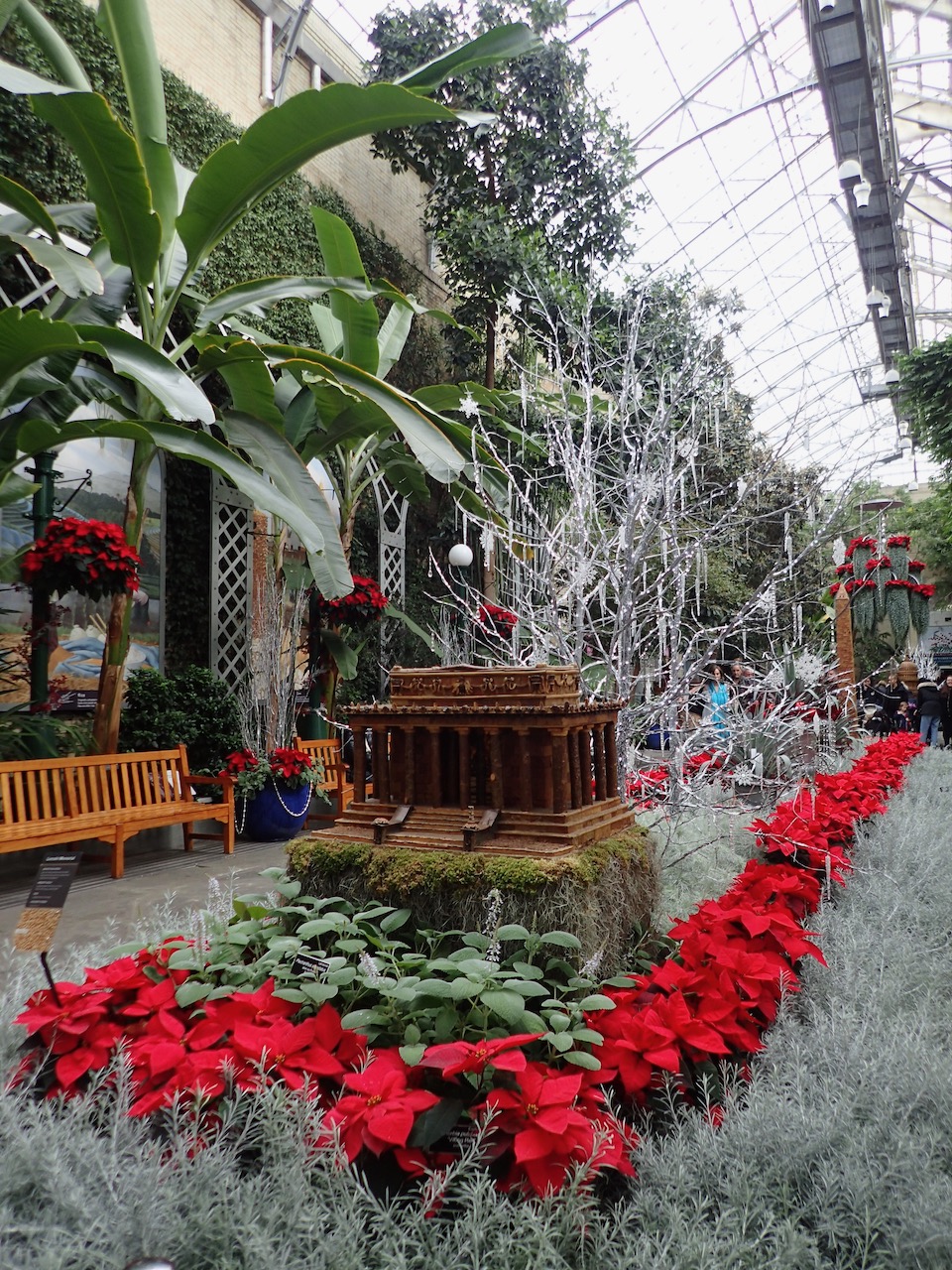