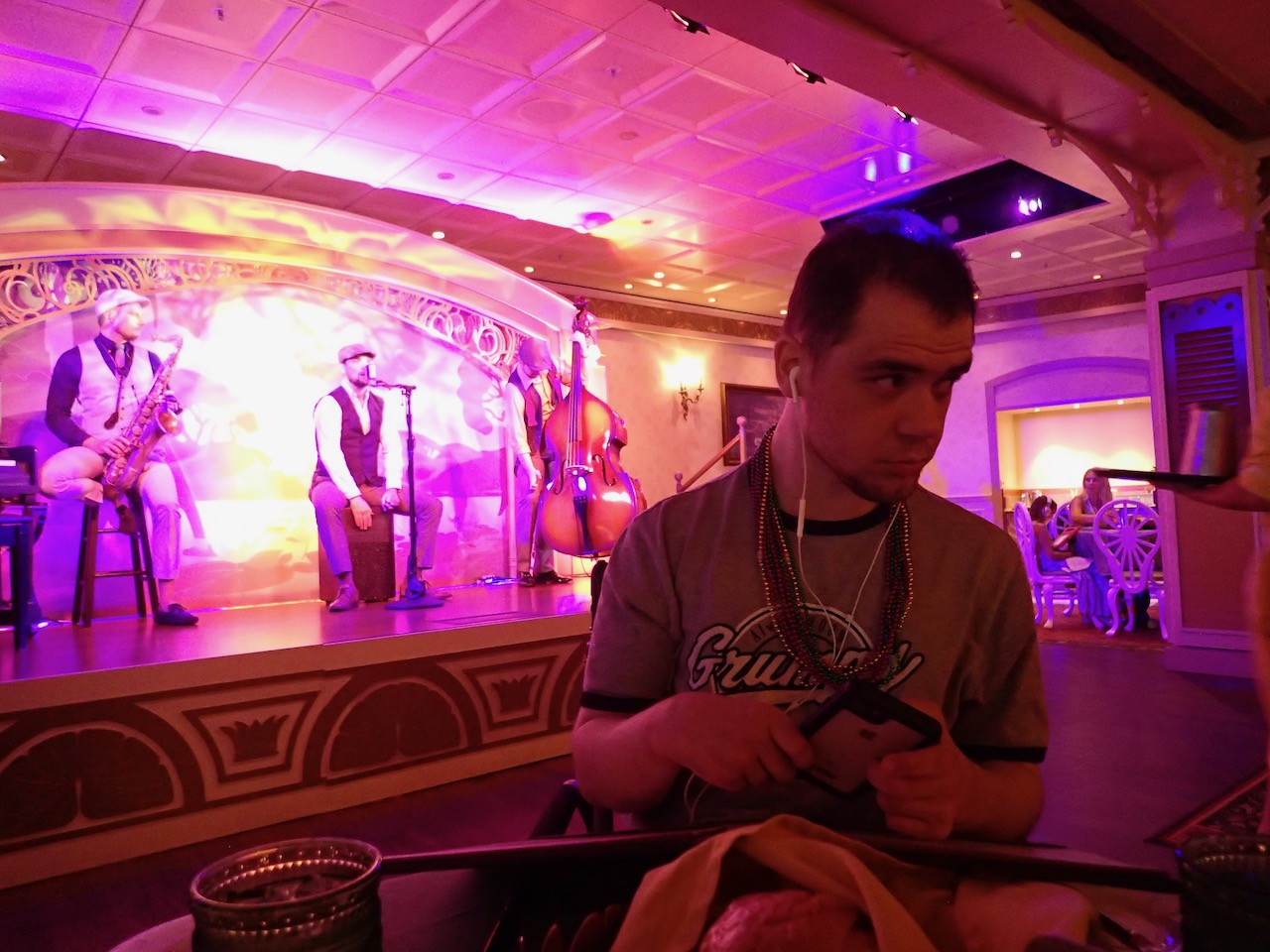 Our final night was the Mardi Gras  night. We had been looking forward to it fir the beignets all trip. Having our table next to the stage, though, ended up making Mik really dislike this night as it was much louder than the other theme night here. We were at least able to get done with dessert just in time for me to take him out right before the real Mardi Gras part started. 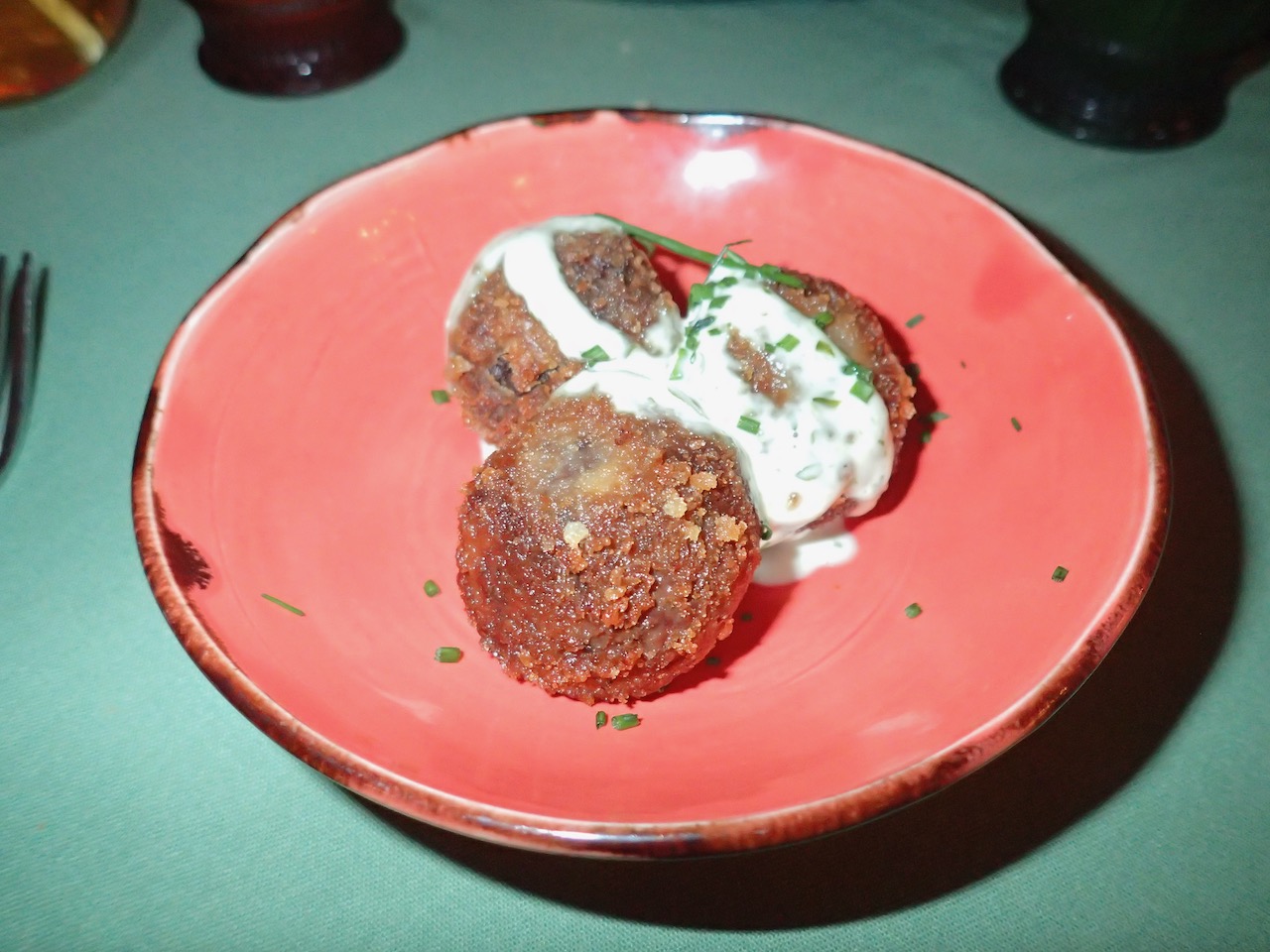 For his appetizer, Mik had the Boudin Sausage Fritters, which he ended up not liking. 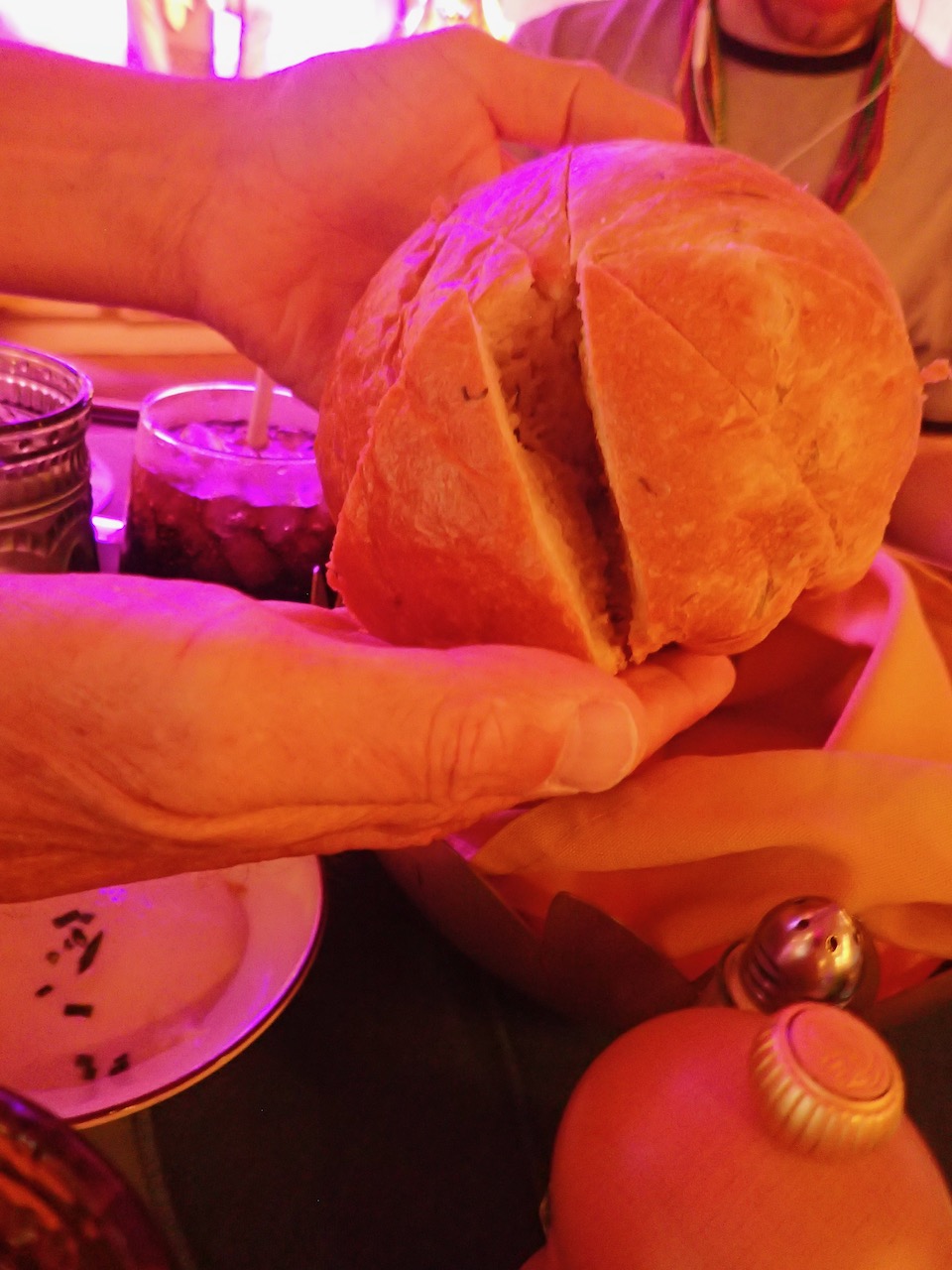 The Herb Brioche beard service was his favorite other than the pretzel bread the one night. 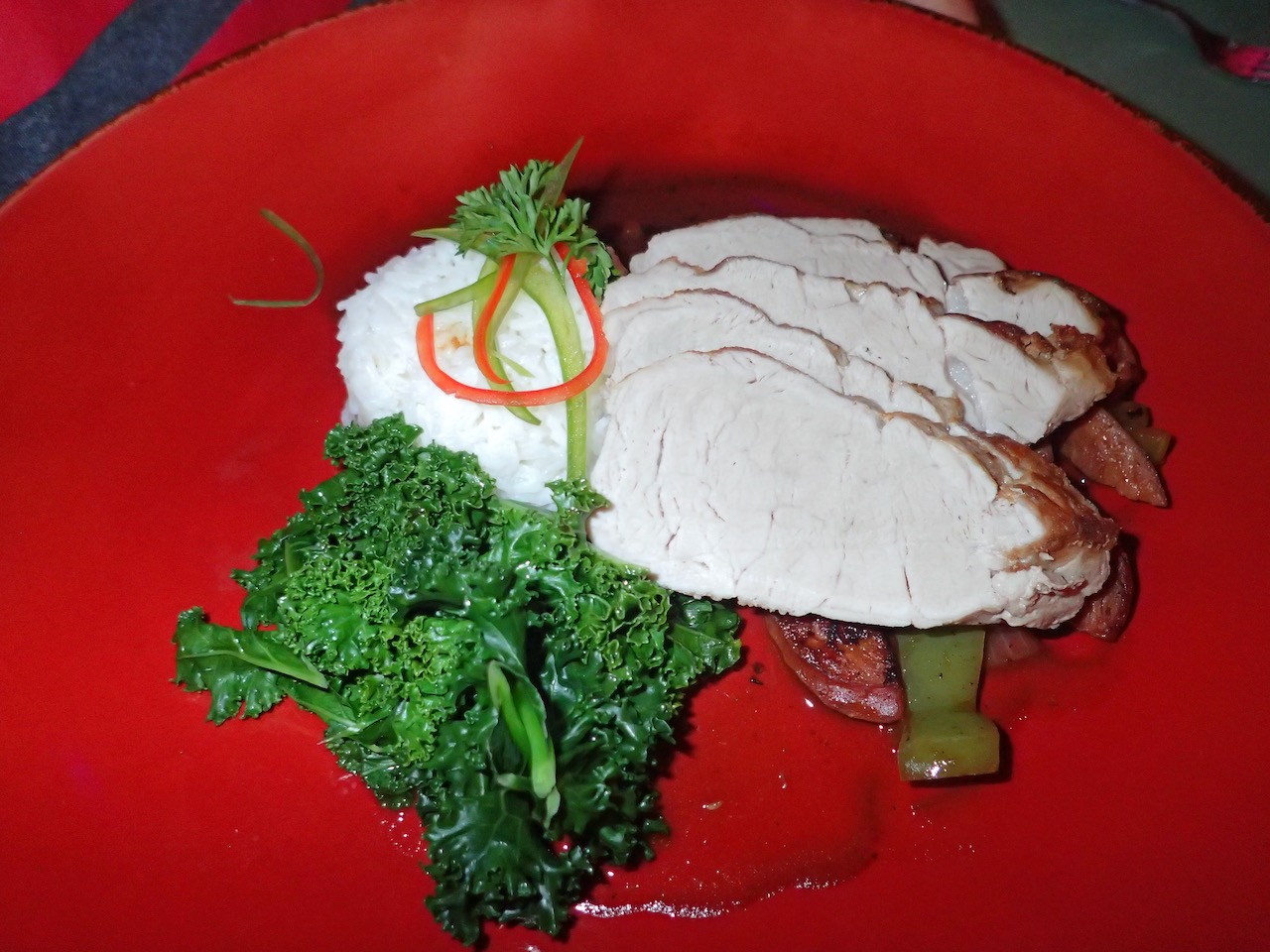 He had Jame’s Roasted Pork Tenderloin for his main course. 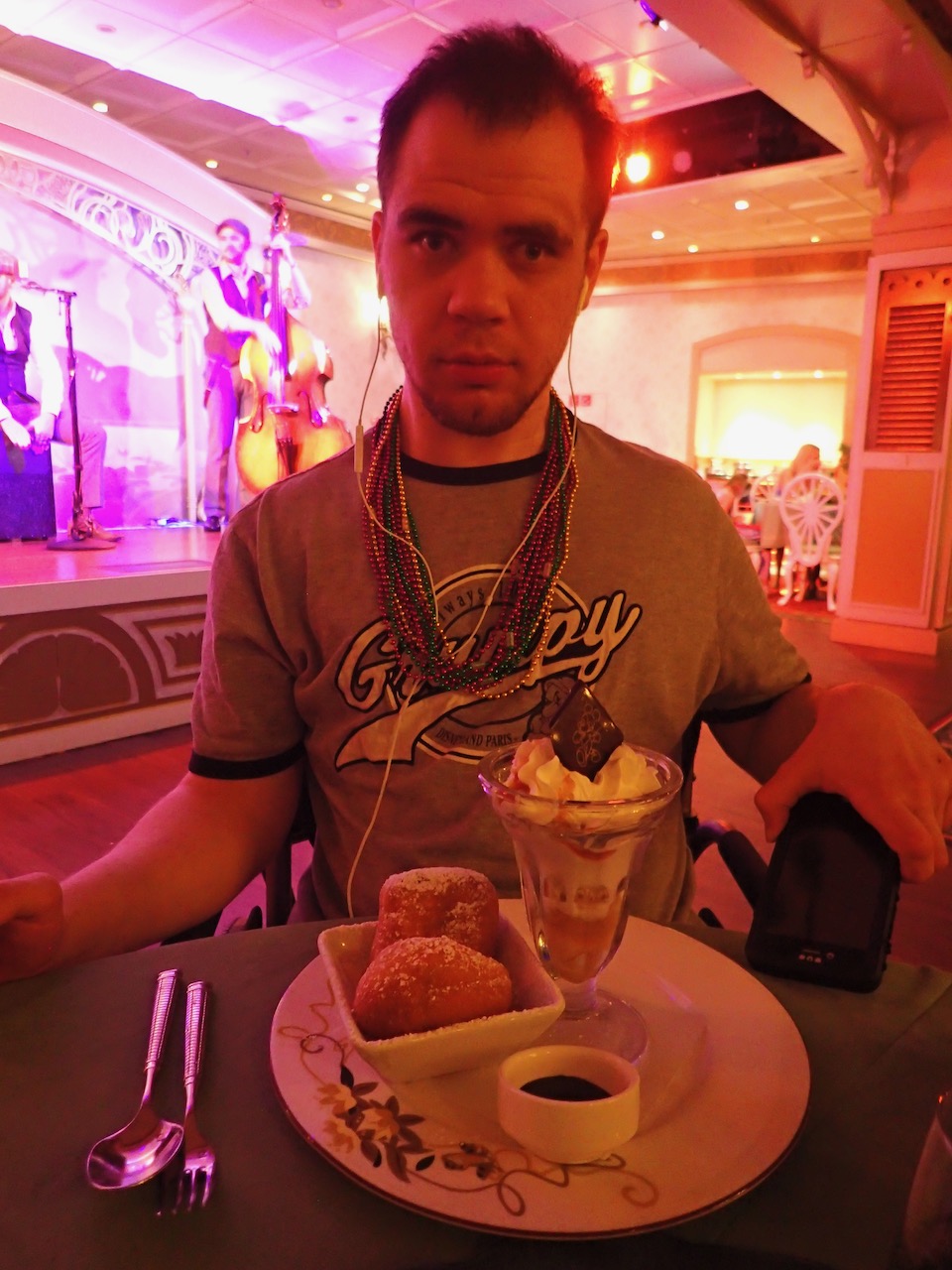 For dessert, he originally was going to just get beignets, but then he saw the New Orleans Bananas Foster Sundae. Thus, we both ended up with a sundae and split an order of beignets.
Posted by wildcat1001 at 2:17 PM